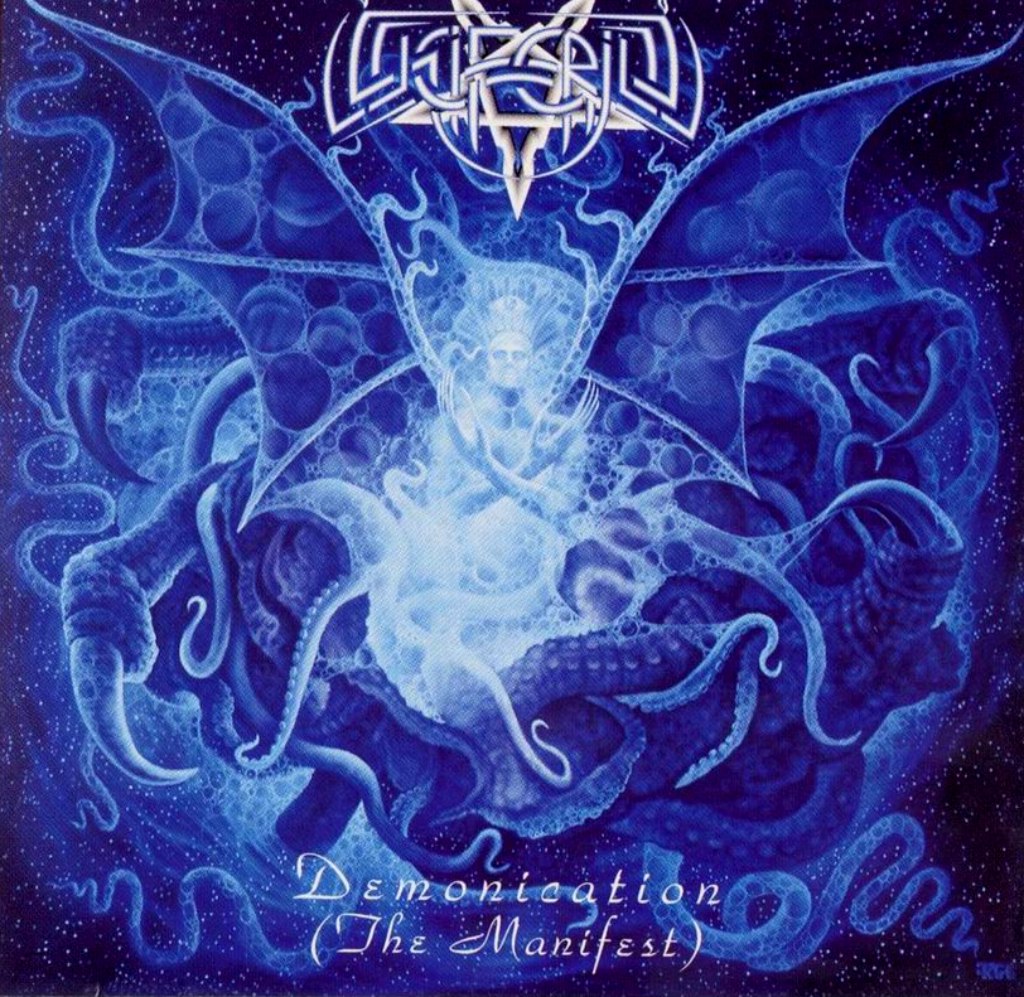 The debut and, by extent, career of Swedish combo Luciferion is one of unfulfilled potential and a long periods of inactivity due to commitments from its membership. This Swedish all-star death metal band is based around Polish guitar virtuoso Wojtek Lisicki - most famous for his work with power metal outfit Lost Horizon - and members of Dark Tranquillity, Carnage and Liers In Wait. “Demonication (The Manifest)” is one of two albums that Luciferion released in its decade-long existence. While steeped in cliché subject matter it is the creative summit of the Swedish death metal scene, then and now.

Above all else, and certainly beyond its corny Satanic lyrical fodder, it is a truly masterful combination of death -, thrash – and traditional metal. “Demonication (The Manifest)” sounds like a fusion of mid era Death, “Ride the Lightning” era Metallica and a healthy dose of US death metal in the vein of prime era Deicide, Morbid Angel and Vital Remains. The most striking aspect of the recording is just how fluent, and seemingly effortlessly, composer Lisicki combines all these various influences not only in memorable and catchy songs, but how nothing of it ever becomes disjointed, or feels contrived during the album’s duration. Clearly a lot of effort and care was put into its conception, and this is reflected by the reputation of its high-profile membership. 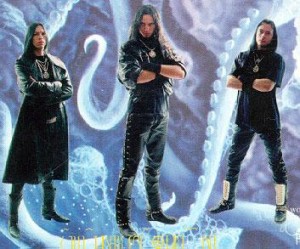 On this album the band was fronted by Dark Tranquillity member Michael Nicklasson, who also doubles as bass guitarist. His vocals are reminiscent of “Blessed Are the Sick” era David Vincent. The throbbing bass guitar can be heard, but in general doesn’t do much to warrant attention. For this session the drums were manned by Peter Andersson. The leads/solos by Wojtek Lisicki are worth the price of admission alone. Next to doing most of the guitar work, he handled the vocals on the Sodom cover track ‘Blasphemer’ next to doing all the synthesizers along with keyboardist Johan Lund. As the entire project was envisioned by Wojtek Lisicki his hands-on approach isn’t very surprising, nor is the fact that Luciferion serves to show off his impressive chops. Even though it is Lisicki’s show each of the members gets equal attention in the songwriting.

The ‘Intro’ is a three-minute invocation of sorts. The fragments of a supposed black mass (invocation of various of Satan's names) in ‘Intro’ are taken from the ‘Black Mass’, which is culled from the 1969 "Witchcraft (Destroys Minds and Reaps Souls)" album by occult hard rock band Coven. ‘Graced By Fire’ is a fiery death/thrash cut that sounds as a more spirited take on what Deicide and Morbid Angel were doing at the time, including far better solo’ing and lead work, and at a far higher pace. The sample in ‘Rebel Souls’ was taken from “The Exorcist III”. ‘The Manifest’ has a very brief bass guitar intro, some exquisite solo’ing, and a finale that recalls the best of “Ride the Lightning” era Metallica. ‘Hymns Of the Immortals‘, ‘The Manifest’ and ‘The Voyager’ are probably the three most technical tracks of the album. The intro and the outro were arranged by lead guitarist Wojtek Lisicki with Johan Lund assisting. They mix Melek Tha's ritual part, Braun Farnon's / Robert Small's classic part and the duo’s own concepts and ideas to create a poignant composition. The keyboards merely function as atmospheric enhancement, and are not vital to the actual compositions. They do enhance the overall feeling a lot.

Heavily inspired by early Deicide, Morbid Angel and Vital Remains. The riffing is redolent of Deicide (“Legion”, “Once Upon the Cross”), the chord progressions are reminiscent of “Let Us Pray” Vital Remains and the overall atmosphere recalls “Blessed Are the Sick” by Morbid Angel. The technicality that permeates the entire record recalls mid period Death, while the refined soloing betrays a lineage in classic thrash – and traditional metal, especially the likes of Metallica and Iron Maiden. On the whole it formed somewhat of a tribute to the American - and European death metal scene of old which was on the verge of being usurped by a younger generation of more technically inclined bands for whom songwriting became secondary. As such the song ‘The Voyager’ is dedicated to Deicide and Immolation. The regular edition counts 10 tracks, the reissues include 4 bonus covers by Slayer, Morbid Angel, Metallica and Mercyful Fate.

The album was recorded at Studio Fredman with Fredrik Nordström and Johan Carlsson producing. Unlike a lot of more contemporary products from the facility the production here is bass-heavy, crunchy and weighty without sacrificing any clarity or depth. A point of criticism to be leveled at the production is that the drum kit tends to sound digital and a bit on the plastic end of the spectrum. The artwork was created by Kristian Wåhlin, a scene veteran of early death/black metal unit Grotesque, which can possibly be called one of his greatest canvasses in a repertoire of consistently fantastic work. Despite the mastery on display the band fell into disrepair shortly after. Luciferion was put on hold in 1996 after doing a limited number of shows in support of the album due to the members’ commitment to their main projects. While Sweden has no particular shortage of strong death metal bands Luciferion is one of the overlooked and forgotten ones. That is a pity because the two albums they did are worthy of the accolades they tend to get. 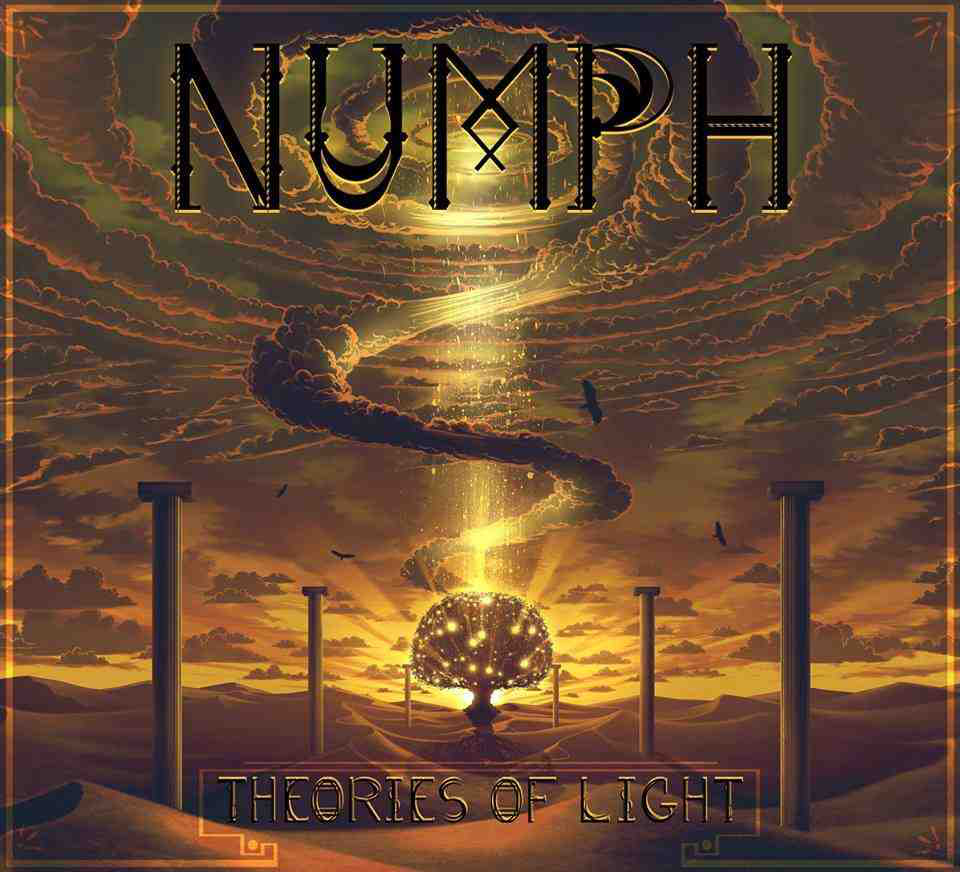 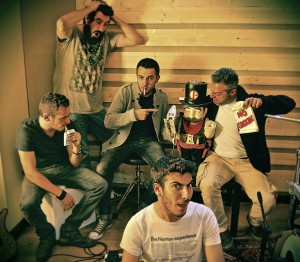