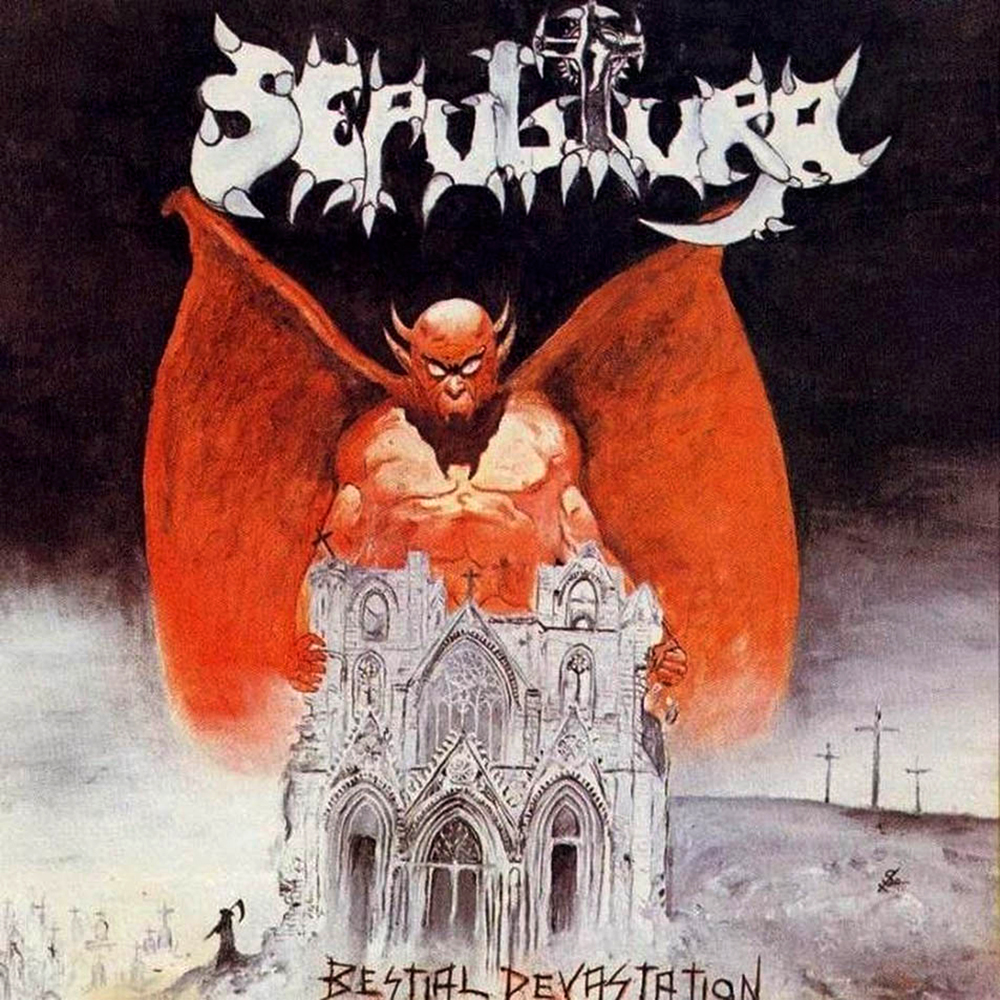 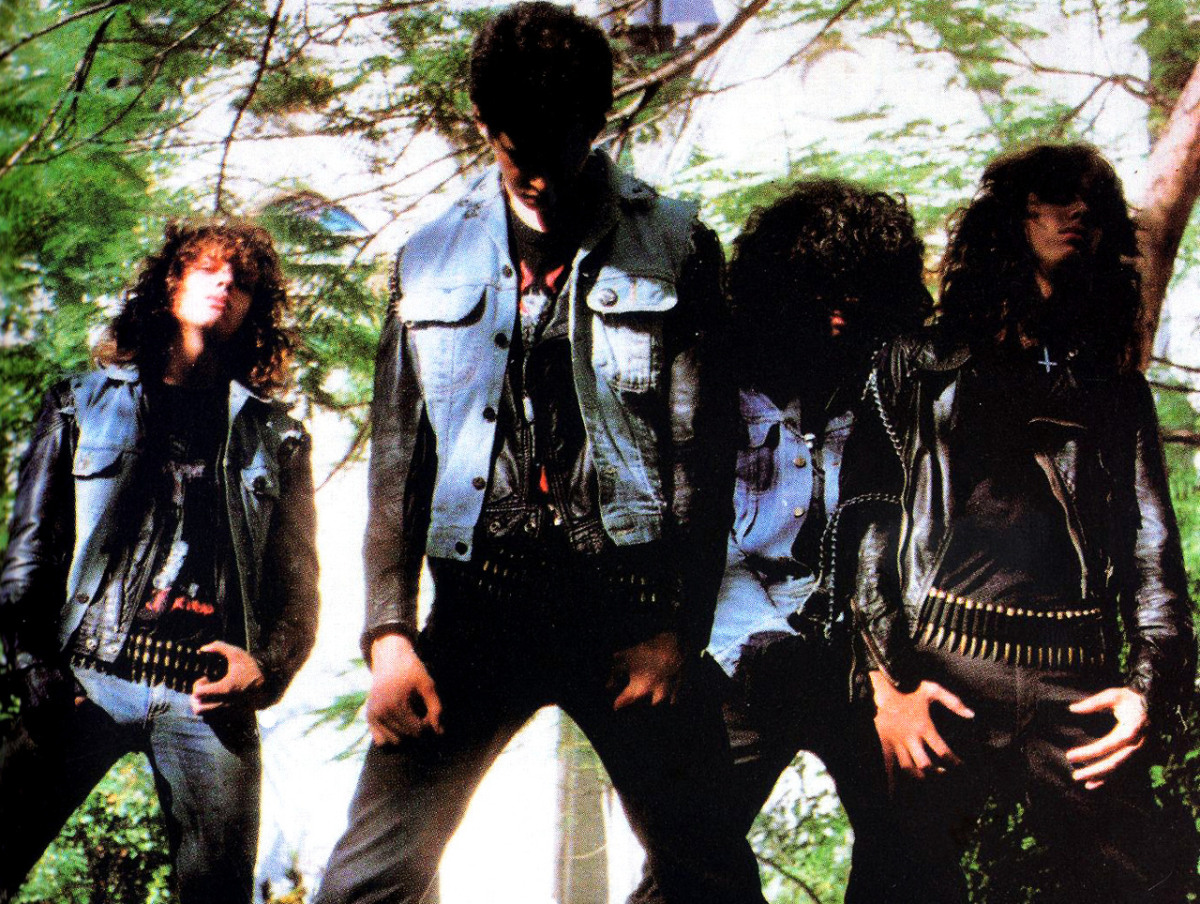 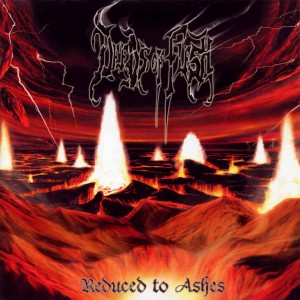 “Reduced to Ashes”, the fifth Deeds Of Flesh record, had the band comfortable within its more linear writing style. Since “Mark Of the Legion” the trio opted to increase the level of technicality, and “Reduced to Ashes” is the apex of that evolution. The increase in production values is both a blessing, and a curse for a variety of reasons. It is without a doubt the most technically refined and ambitious in terms of songwriting. However within the Deeds Of Flesh canon “Reduced to Ashes” is a sturdy, reliable effort – even though it hardly offers up any notable improvements compared to preceding releases.

The album opens with a sample from The Omen (1976) that sets the proper tone for the record. The newly adopted linear writing style is perfected here, and what the record loses in nuance is complemented by the increased levels of density and dizzying levels of speed. The ailment that none of these songs tend to stay with the listener once they are passed has plagued the band’s since its debut, and it is no different here. Even though the song arrangements are much better the trio’s singular fixation with linear song structure, hookless songwriting, and atonality here are pushed to their limits. Now more than before is Deeds Of Flesh a musician’s band, and any enjoyment derived from it purely comes from the technical/endurance exercise that these songs represent.

While a recurring theme through out the lyrics for “Reduced to Ashes” are catastrophic and extinction level events, the album deals with a number of other interesting topics. ‘Reduced to Ashes’ is about natural disaster, and global catastrophe. ‘Empyrean’ is about Viking conquest and afterlife, one of the band’s beloved subjects. ‘Banished’ is about mass deportation and extermination camps during World War II. ‘The Endurance’ is about the historic shipwreck of the same name. The song details the fate of Sir Ernest Shackleton - one of the prominent figures in the Heroic Age Of Antarctic Exploration - whose ship The Endurance was crushed by ice and sank in the Weddell Sea, off Antarctica, in 1912. Even though about half the record still deal with stereotypical gore subjects, it’s great to see Lindmark and Kingston move away from their serial killer obsession. As before the least typical lyrics are the best of any of this band’s albums.

The record increases the linear direction of its predecessor, and whatever negligible nuance that record held, is stamped out here. Deeds Of Flesh was never a band about nuance, or subtlety – but “Reduced to Ashes” takes it to previously unheard extremes. About half the record has the trio regressing back into tired and tiring gore subjects that characterized its early output, whereas the other half tackles interesting historical happenings. The overarching concept of catastrophic and extinction level events exists only a purely superficial level, even though far more could have been done with it. The cinematic studio effects seem to have been completely abandoned. A well-chosen sample from The Omen (1976) opens the record, but that’s the farthest that the trio is willing to go in order to create an atmosphere and sell its promising concept.

As before there’s hardly any atmosphere to speak of within the trio’s music, but is impressive from a purely technical level. The music from Deeds Of Flesh is one of laser point precision, incredible control, technical finesse and abstract songwriting at absolutely inhuman speed. For the most part it foregoes the traditional verse-chorus song structure in favor for shifting riff structures and extended blast sections with continual double bass action separated either breaks or slightly groovier riff schematics. ‘Infested Beneath the Earth’ is a far more conventional song than, say, the title track. ‘Avowed Depraved’ is one of the groovier songs of the record, although it remains tightly within the narrow confines of the band’s characterizing linear/percussive writing style. ‘Human Trophies’, ‘Banished’ and the title track are among the more technical cuts of the album. ‘Empyrean’ is reminiscent of the band’s earlier records in both riffing and drumming. Closing track ‘The Endurance’ deserves a special mention, as it is a +11 minute epic, and the only song of its kind in the Jacoby Kingston era of the band.

For the first time Deeds Of Flesh recorded at Avalon Digital Recording Studios in San Luis Obispo, California with Kip Stork producing. While the production is far more clean, and textured – it is a curse otherwise. The overly processed drums sound plastic and impotent, the kick drums sound thin and clicky whereas the snares end up sounding hollow. The only aspect of the drums that sounds sufficient are the toms, and cymbals. The rhythm guitar tone remains crunchy, and the thundering bass guitar has more prominence and body than ever before. The artwork by Toshiro Egawa fits well with the central concept, and remains one of his better canvasses. From a visual standpoint it was the most accomplished product the band had produced up to that point. Once again the record was pushed with a music video, this time for the track ‘Reduced to Ashes’.

For all intents and purposes “Reduced to Ashes” isn’t so much an evolution as it is a stylistic continuation. Everything on the record follows logically from the changes first introduced on “Mark Of the Legion”, and it is consistent within that specific style. Whether that rigorous consistency to its chosen style is a forte is debateable. At this point Deeds Of Flesh would have benefitted from a more open style of composition, and less of a fixation on nearly constant breakneck speed. The trio still refuses categorically to solo, and they would persevere with that mindset for another album after this. As it stands “Reduced to Ashes” is impressive in its musicianship and pristine production values, but that alone isn’t enough to redeem the record from its completely tunnel vision writing style, and regressive leanings within the lyrical aspect of things.