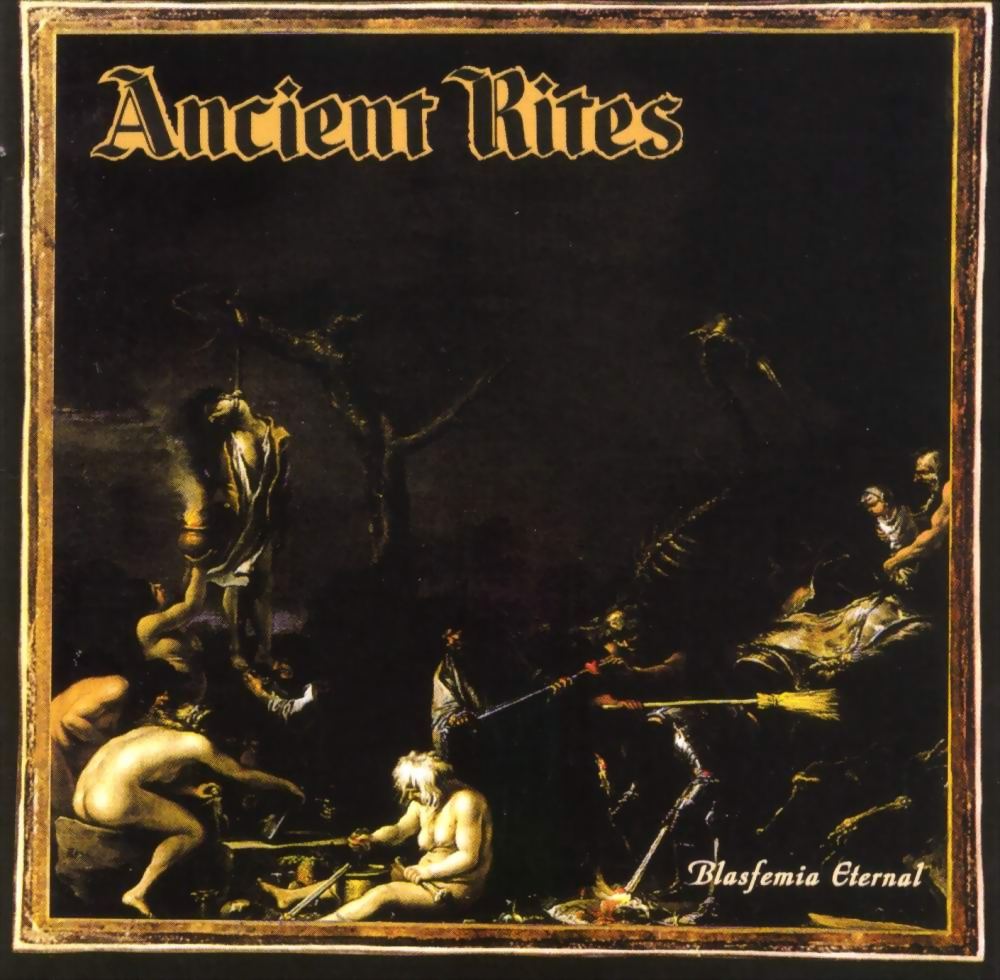 On its second album Ancient Rites embraced a wider palette sonically. Whereas “The Diabolic Serenades” was a somewhat corny tribute to all of bands that influenced them, this record finally sees them unlocking their real potential. Boosted by an earthy and crunchy production “Blasfemia Eternal” sees the band progressing in leaps and bounds. The debut of Gunther Theys’ now patented vocal style and additional instrumentation make the record surprisingly atmospheric. Especially compared to the emergent Norsecore subbranch of Scandinavian black metal that was winning in popularity at the time. Drawing inspiration from a variety of metal genres “Blasfemia Eternal” is the last truly extreme Ancient Rites record, as after this they would embark into more melodic and epic power metal territory with the two subsequent albums that followed. 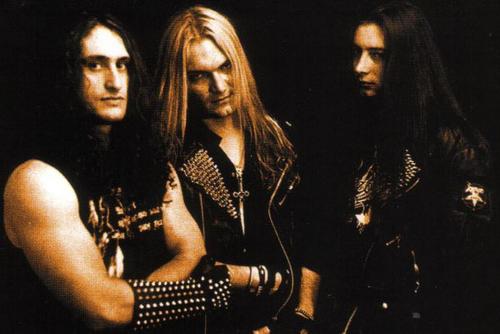 “Blasfemia Eternal” is very much a darker death metal album, and thus closer related to Marduk’s “Dark Endless” and Death’s “Leprosy” than to the expected icons Hellhammer, Venom and Bathory. In terms of construction it follows the template of “Leprosy” while the choice of riffs and chord progressions, albeit more angular and mechanical, recall Sepultura’s “Beneath the Remains”. As far as expressiveness and dynamic scope is concerned it is similar to Dead Head’s 1993 album “Dream Deceiver”. Instead of copying what the Scandinavian forebears of the genre were doing at the time Ancient Rites draws from an earlier period of underground metal, especially in terms of riffing and solos. In that sense Ancient Rites is closer related to early forms of death -, and thrash metal than the obvious inspirations of the then-nascent black metal scene in Scandinavia. The album is black metal in spirit, vocal stylings and subject matter – but from a pure musical perspective “Blasfemia Eternal” refuses to follow the standards of the time.

Where “The Diabolic Serenades” relied heavily on its corny, and supposedly shocking Satanic subject matter the historical lyrics come more to the fore on this album, although each of the tracks seems to approach heresy and blasphemy from a different angle. Be they Biblical (‘Garden Of Delights (EVA)’), folkoristic (‘Quest For Blood (Le Vampire’), historical (‘(Het Verdronken Land van) Saeftinghe’) or in a more condemning fashion (‘Blood Of Christ (Muhammed Wept)’, ‘Epebos Aionia’ and ‘Fallen Angel’). Of these cuts ‘(Het Verdronken Land van) Saeftinghe’ is the definite highlight as it was the most ambitious and epic song Ancient Rites had penned at the time. From a lyrical point of view ‘Garden Of Delights (EVA)’ is interesting on multiple levels. The most obvious being its direct Biblical inspiration from the Garden Of Eden parable, but a more careful observation reveals also as an damning indictment of religious oppression of female sexuality, and the submission of the fairer sex. The lyrics appear written from the viewpoint of the oppressor making them all the more powerful in delivery. ‘Fallen Angel’, the short outro, is notable because it introduced a more atmospheric side the band had not explored on earlier releases. Both were a sign of things to come, it seems.

While the majority of the tracks feature light washes of atmospheric keyboards ‘(Het Verdronken Land van) Saeftinge’ has additional studio flute by Ellen van Wauwe which greatly adds to its individual character. Theys’ increased range as a vocalist is key in selling the record as his emotive whisphers, rasps and grunts greatly complement the interesting subject matter, as do the usage of different languages such as Dutch, French, German, Italian and Portugese. Next to light keyboard enhancements the record starts off with a short acoustic guitar intro, and the atmospheric album closer ‘Fallen Angel’. The latter is a vastly reworked interpretation of the song of the same name from the band’s 1990 “Dark Ritual” demo tape. It is the first of two instances wherein Ancient Rites would re-use this track to thematically tie its albums together. They also are signposts of where the band was headed with its two subsequent releases. This is the last truly crude sounding Ancient Rites effort in both songcraft and production as the band would opt for a more melodic direction and glossy digital production afterwards.

As with the previous record the sessions were cut at Studio 20 in Tienen, Belgium with Louis Jans producing. Much like the early records of Mayhem and Marduk the production is solid in the death metal camp. The studio filter in the vocal production was abandoned, and They’s wider array of vocal cadences are able to reflect the emotions and nuances of the well-written, but still confrontational lyrics. The throbbing bass guitar can be heard in the mix, and while its tone is concrete it never really pops out at the listener. This is detrimental to the overall bass-heaviness of the record, it would have benefitted from a meatier, fuller bass guitar tone such as, for example, can be heard on “Erase” by Gorefest, or any of the early Bolt Thrower records. The production is very much percussion-oriented with the drums being front and center in the mix, sometimes to the point of drowning out the bass guitar. The increased levels of clarity, texture and depth allows for more space for the vocals. While cold and mechanical in parts it is the last instance where Ancient Rites had an analogue and warm sounding production.

Tying this and the subsequent album together thematically - next to the earlier mentioned ‘Fallen Angel’ track and its significance - is the usage of paintings by Belgian artist Jean-Léon Huens. Here one of his works is featured on the last page of the booklet, while the next album would use one of his canvasses for cover artwork. “Blasfemia Eternal” is also an album of lasts. It was the last album to be recorded at Studio 20, Tienen with Louis Jans, and the last to have contributions from guitarist Bart Vandereycken (who was responsible for all music together with drummer Walter van Cortenberg). Much like Dissection, Ancient Rites opted for a natural look without any corpse paint to differentiate themselves from the rapidly booming black metal scene. Next to liner notes about the meanings of each song, the booklet features promo shots of the band both with and without corpse paint.  “Blasfemia Eternal” is the end of the first era of Ancient Rites, a band which never truly got the opportunities it deserved.