Skip to content
Upon completion of “Time, Unveiled” Waldorf, Maryland death/black metal unit Aurora Borealis had perfected its brand of Scandinavian underground metal. Aided by a new drummer with Tim Yeung mainman Ron Vento set to write the band’s most concise effort. To the point is exactly what most fittingly describes this record. There are only 7 new tracks, and two re-recorded demo tracks to pad out the album to the required length. “Time, Unveiled” introduced Aurora Borealis to a wider audience thanks to the promotional branch of its mid-level European label. As with the preceding record “Time, Unveiled” - the third Aurora Borealis full-length and fourth release overall - remains true to form and is uncompromising its vision of epic sounding European death/black metal. 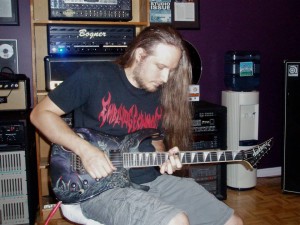