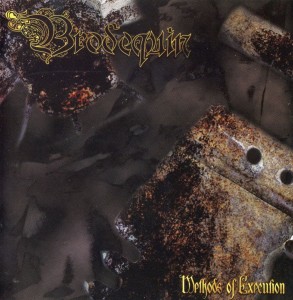 Creative differences between guitarist Mike Bailey and Chad Walls led to the latter’s ousting in the pre-production phase of the third album. Making his recording debut with Brodequin is drummer Jon Engman. Engman is a suitable replacement for Walls, as both men have a similar drumming style. For the first time Brodequin was able to self-produce a music video, ‘Slaves to the Pyre’ was given the treatment. 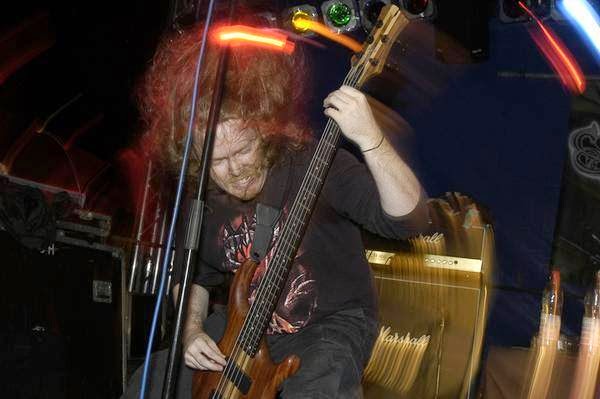 As before the lyrics of Brodequin detail the various methods and techniques used through out ages. On “Methods Of Execution” these include death by fire, death by pressing, and death by drowning (‘Verdrinken’ translates to ‘drowning’ in Dutch/Flemish). ‘Tyburn Field’ is about the English village of the same name which was synonymous with capital punishment, especially for religious martyrs and traitors, during the 18th century. As before Brodequin details a number of torture devices, this time being the gridiron, the guillotine, and thumbscrews.

In comparison to the preceding two records “Methods Of Execution” has far more diverse riffing. Most of the songs can actually be told apart as there’s a greater variety of rhythms within the repertoire of the album. All three tracks of the 2003 “Prelude to Execution” EP make an appearance here along with a selection of all new material. It seems as Brodequin did a concerted effort to vary up its music, and of the three records that the band cut in its orginal run, “Methods Of Execution” is the strongest. The biggest strike against the record are still the entirely monotonous vocals. A bit of narration in ‘Tyburn Field’ notwithstanding the vocals are another percussive aspect to an already dense and intensive assault.

Whereas progression was made in terms of production, presentation and composition – the lyrics sadly have fallen behind. While still purely descriptive of the atrocities inflicted upon the victims of the instruments of torture, Bailey’s lyrics aren’t quite as imaginative, nor as strong, as on the previous two releases. Much like erstwhile Disgorge frontman Matti Way, Jamie Bailey is mostly famous for his guttural depth but an unfortunate byproduct of that is that his occasionally interesting lyrics are overlooked due to the sheer monotony of his delivery. Whereas the previous two records had superior descriptions of torture devices, one can only imagine what could have been had more time been spent on penning better lyrics and expanding the array of vocal techniques.

“Methods Of Execution” was recorded at Asylum Studios in Milwaukee, Wisconsin with Tim Bleske producing. It was mastered at Mastermind Studios in Milwaukee, Wisconsin by Trevor Sadler. For the first time the bass guitar and drums can both be heard clearly. The guitars sound less crunchy than on the preceding record, and some of the clarity was lost. Once again the layout and design was handled by Jamie Bailey for Voodoo Design Studio. It is the best Brodequin product in terms of artwork, design and layout by a wide margin. For the first time music and visuals work in perfect symmetry.

Once again the album was released through the band’s own Unmatched Brutality Records. The addition of a new drummer had lit a fire on the Bailey brothers, and as a result “Methods Of Execution” was far more diverse and intense offering. Despite having a fascination with various forms, techniques and instruments of torture since forming “Methods Of Execution” was the first to live up to its concept. The trio did a concerted effort to vary up its music, and the superior production work was some of the best they had experienced up to that point. “Methods Of Execution”, the final album of the band’s original run, is the only worth seeking out.