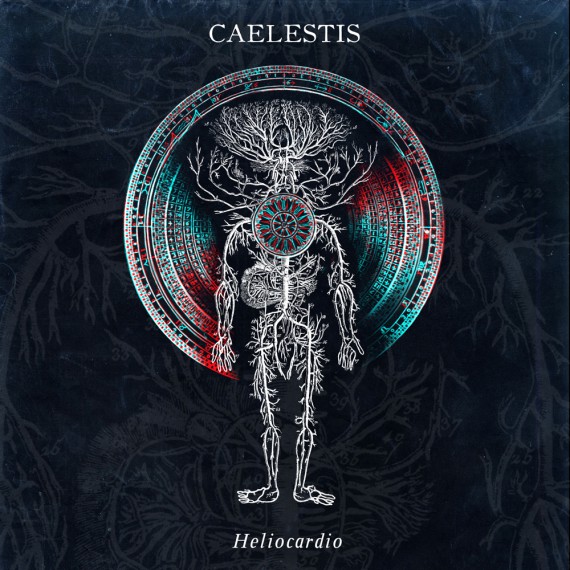 “Heliocardio” is the most conceptually complete Caelestis release to date in terms of imagery and lyrics, but it is also the most confused sounding of the band’s current catalogue. It is a stylistic departure from the preceding two releases, and the band’s first foray into more standard alternative/gothic rock territory. All the songs and lyrics are still written by Cataldo Cappiello, but the addition of two new members forced him to adopt a more conventional writing style. This is both beneficial and detrimental to the sound as Caelestis’ ambient/lounge sound is traded in for a more readily marketable alternative/gothic rock brand redolent of Evanescence and the likes. There are a good number of things that the EP does right, but it isn’t without its faults either. 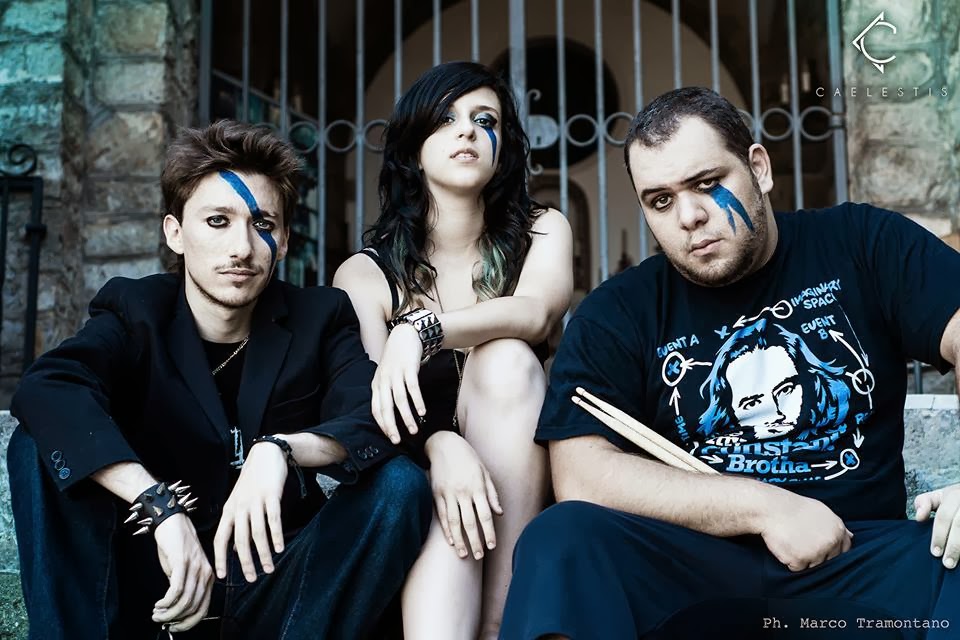 One of the strong suits of “Heliocardio” is its interesting concept. The EP is about love in the personal, universal and celestial sense. The lyrics are rather poetic, and even philosophical in parts. While it isn’t his first venture into writing lyrics Cappiello eloquently explores the subject within the conceptual framework. It is the prelude to a proposed full length that will explore the topic in greater detail. Cappiello plays lead/rhythm guitar, bass guitar, programming and synthesizers. “Heliocardio” retains the upbeat atmosphere from the ambient/lounge releases and juxtapositions it with vocal oriented alternative – and gothic rock. A new level of pop accessibility fits Caelestis breezy and lighthearted past, while the greater emphasis on vocals and hooks is detrimental to the ethereal atmosphere they harnassed so wonderfully in the past. In all it is an EP of artistic compromises, some of which work wonderfully well, while others don’t quite deliver the marvelous results one could have hoped for.

It is the addition of two new members that differentiates “Heliocardio” from the preceding releases. The EP sees the induction of young songstress Vera Clinco (vocals) and Flavio Staiano (drums), both of who were part of Mefas, a Sorrento-based rock and pop cover group. Why this was released under the Caelestis brand is another thing, as it sounds nothing like the two records that preceded it. It does beg the question why such a drastic overhaul in terms of sound was deemed necessary given the wonderful results of the two previous Caelestis releases. Vera Clinco is a promising young singer that either hasn’t found her true voice yet, or is limited by the material Caelestis presents her with. As with her guest appearance on “Nel Suo Perduto Nimbo” her vocals either sound soaring and angelic, or subdued and held back – sometimes in the same song. Both ‘Io e Te Siamo La Luna’ and ‘Crollano Le Stelle’ are good examples of this very thing. In both songs Clinco has moments where her vocals are absolutely fantastic, while moments later she’s sort of mumbling or subdueing herself for some reason. Which leads to the next biggest strike against “Heliocardio”. Clearly the band wants to go for that atmospheric, dreamy pop/rock direction - why then all the metal posturing?

Why the band persists with the metal aspect of their sound is a great question, as it is the least convincing of the whole. Caelestis would perhaps be better off dropping the metal aspect all together and ramping up the electronic or ambient facets of its music. Most of the metal is fairly incidental in most parts, and could easily be replaced by rock music, and none of the songs would have diminished in the process. The fact that the band labels itself metal in the first place is a headscratcher to say the least. Granted there are a few heavier guitar sections, but they appear sparingly and aren’t the focal point of any of the songs. The very opposite is true, just like country mates Nümph this band is about anything but heaviness. No, Caelestis is the best when they abandon the metal and when the ambient and electronics take front and center. The ethereal bookends of ‘Anatomia Spaziale’ should make this abundantly clear to anybody. ‘Fenice’ has some wonderful bass – and guitar playing that has more of a classic rock feel than anything remotely metal-related. The inclusion of one or two heavy sections does not suddenly make it an extreme metal release. The metal aspect of Caelestis is incidental at best and non-existent at worst. The band is more than shortselling itself in insisting on being categorized as metal. The metal aspect is the least interesting of the package.

As this was Caelestis maiden voyage into this territory a few minor blunders can be easily forgiven. Some of the transitions aren’t quite as smooth as you’d expect, and Vera Clinco’s vocals occasionally miss the mark in the higher registers. This is surprising given her strong vocal presence on “Nel Suo Perduto Nimbo”. Some confidence in her own vocal skill is amiss to truly call her exceptional. What Clinco misses in vocal presence and power is made up by her abundance of enthusiasm and love for the material. For some reason Clinco also seems to hold back vocally, subduing herself to fit the material. It makes you wonder what she could do if she didn’t hold back, and graced the record with sparkling angelic vocals that are within her vocal range. It’s hard to tell whether it’s the change in direction that impedes her vocal work, or the fact that some of the lyrics are just too long and wordy for her to put the required emotion in them. Flavio Staiano is offered equally little in regards to drum work, and little else is required of him but holding down the beat. Even for pop/rock terms the drumming is underwhelming, and Staiano is capable of far more interesting beats and rhythms than what is offered.

Some of the transitions are on the sloppy side, which is a bit puzzling considering Clinco’s and Staiano’s prior experience with Mefas. Perhaps their influence on the material was only minimal, and is this Cappiello’s first venture beyond his ambient and lounge material of the band’s earlier years as a solo project.  Caelestis is part of the Ronin Agency firm that represents Caelestis, Ideogram and Red Sky among its clientele. All three bands play a similar style of music that combines electronics with ambient and the heavier forms of rock music.  A promotional video was shot for the track ‘Io e Te Siamo La Luna’ to help push the EP. The EP is concluded by a Red Sky cover song. Red Sky is a popular cross-genre artist in the Sorrento region, who also manages and promotes the band. This song has the most interesting bass lines for some reason. It’s hard to say whether the Red Sky song was included because of his firm representing the band, or Clinco’s known love for the artist. Whatever the reason for its inclusion on “Heliocardio” the track fits seamlessly with the band’s original material.

After the release of “Heliocardio” Flavio Staiano (drums) would decamp, and a dedicated bass guitarist would be found in German-born Fabiana Figurati.  For the most part “Heliocardio” expands upon the sounds of the previous two releases, while compromising its greatest strength, the flowing ambient/lounge they mastered so wonderfully, to capitalize on a standard pop/rock format that works better in a live setting. It is hard to say which Caelestis release would be the best to start your journey with these dreamy Italians, but “Heliocardio” is not it. The “Heliocardio” EP is at best a stopgap release while the band familiarizes itself with its new direction. Caelestis is onto something with this EP, but they will need to iron out a few inconsistencies before they’ll be able to measure themselves with the big names in this genre. As of now, it is a wonderful exercise in ethereal alternative pop/rock that is somewhat hampered by puzzling creative choices. There’s certainly more than a market for this sort of thing.