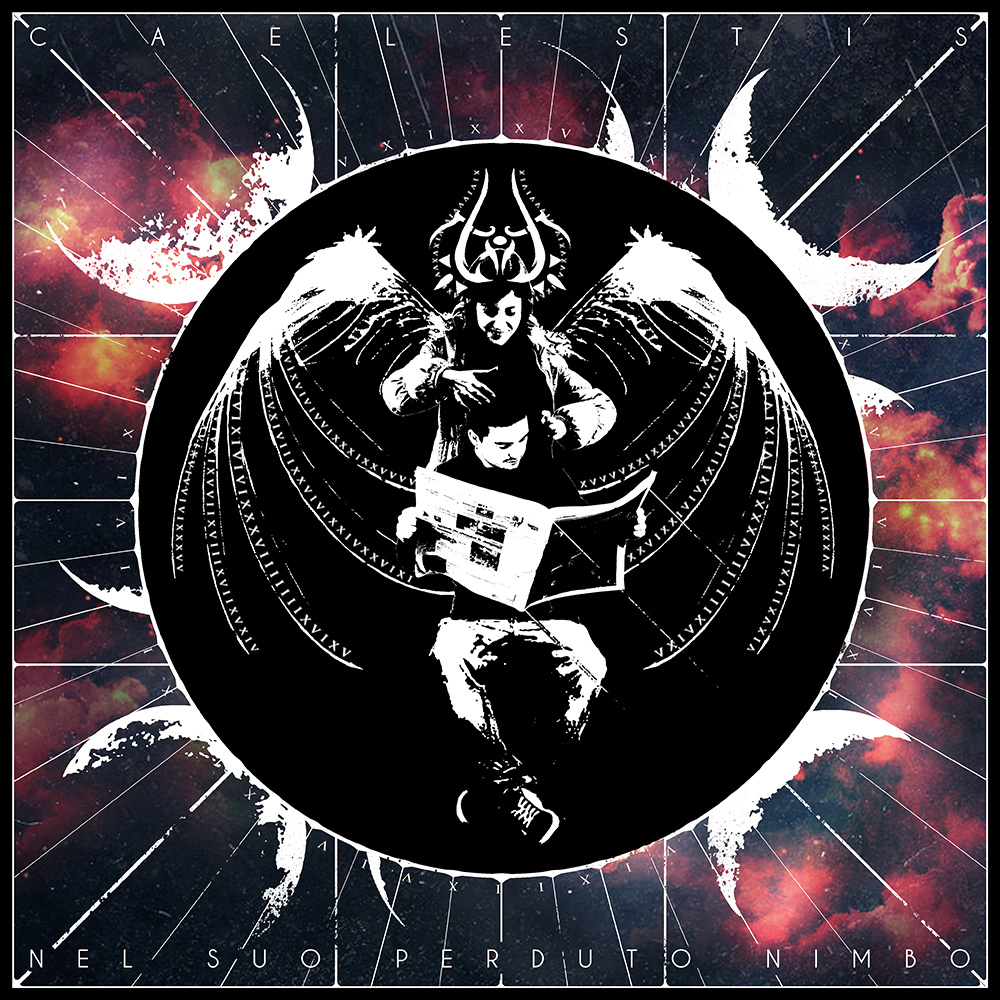 The second Caelestis record is a transitional one, as it is the missing link between the early ambient lounge sound, and the breezy alternative pop/rock they would adopt for the “Heliocardio” EP. It is the first to feature actual lyrics and vocals (both male and female) in each of the tracks. While the album is still entirely written and performed by Cataldo Cappiello, it is here that the band decided upon its future direction. “Nel Suo Perduto Nimbo” is a record in two minds, but one that is able to juggle both sounds quite elegantly making the transition all the more gracious and smooth. That it was the first to feature the talents of future Caelestis chanteuse Vera Clinco is an additional bonus. Her presence would indeed decide the course Caelestis would pursue a few years later.

While the music is generally in the same direction as the preceding “Sky Shards” album, there a number of important differences. Most prominently among them are the presence of vocals, the majority of which are studio-processed whispers by Cappiello. There’s a greater reliance on percussion, and the songs aren’t nearly as freeflowing as the ambient lounge of “Sky Shards”. The first tracks follow more of the ambient lounge format of the “Sky Shards” album, the deeper you get into it the more pop elements are introduced. Stylistically it is identical to the “Sky Shards” album, but the addition of percussion and vocals greatly enhance the dynamic possibilities. Both albums are as ethereal, breezy and atmospheric as one would expect from an ambient/lounge record.

The songs are structurally more amorphous as the record further explores the celestial concept that the band moniker implies. Most of the songs tend to be based around one or two central ideas, but the record as a whole is much stronger thanks to the increased focus on the songs as separate entities. Each of these songs can stand on its own merits, and they now can be enjoyed out of context without any loss of emotional resonance. The compositional style of “Sky Shards” is further tightened and streamlined, while retaining the breezy, life-affirming atmosphere that defined said record. The addition of Cataldo’s vocals is a definite step towards more conventional songwriting, and the deeper one gets into the album the more pronounced these influences become. On the whole it is stylistically similar to “Sky Shards”, but “Nel Suo Perduto Nimbo” is decidedly darker and morose in comparison to the debut – but it also is more readily accessible.

The album forms also the recording debut for future Caelestis chanteuse Vera Clinco on the track ‘Dove La Luce’. She appears as a studio musician here, as she was still part of local pop/rock cover group Mefas. Her vocals are less inhibited than those on the later “Heliocardio” EP, perhaps due to the traditional vocal lines. For some reason Clinco’s soaring vocals are mixed under the instrumentation, which is the opposite of what you’d usually expect in this genre of music. The closing minutes of this track are jarring in their randomness, especially considering it started out as an ambient piano ballad. Along with the more compact nature of the songs, it is exactly Clinco’s brief presence that elevates the song she appears on to exciting new heights. ‘Dove La Luce’, despite its mammoth 8 minute length, is the most conventional pop song of the EP. The first half with Clinco’s vocals is light-hearted and upbeat, while the second half where she duets with Cappiello is far more darker sounding. It’s not surprising that Cataldo Cappiello opted to enroll her full-time into Caelestis given her enchanting presence on this track.

That Cappiello is a gifted multi-instrumentalist was already apparent with the “Sky Shards” compilation, but each of these tracks is testament to his talents. Whether it is the light electronics, the fuzzy guitar riffs, piano licks or thick, oozing bass guitar lines – Cataldo Cappiello has a clear vision of where he wants to go with his music. The prominent bass guitar lines in the final part of ‘Spettri Metropolitani’ are one of the highlights of the album. Closing track ‘L’ha Chiamato Orizzonte’ almost sounds like Caelestis interpreting a Goblin song. It feels like “Nel Suo Perduto Nimbo” is a b-side to the upbeat “Sky Shards”. Cappiello’s studio processed vocals sound more like an afterthought than an actual integral part of the compositions. The exception to this is the track featuring guest vocals by Vera Clinco as it hints slightly at the transformation Caelestis would undergo once the line-up expanded. The more pronounced usage of percussion also hints that Cappiello was looking to add a human drummer at a future point, which indeed would come to fruition on the successive “Heliocardio” EP.