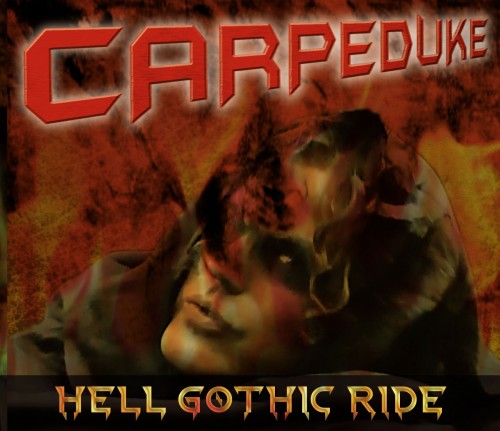 In the dying years of the ‘90s, just at the dawn of the nu-metal boom, this sound was the most popular thing above and below the mainstream. With illustrious figureheads as Rob Zombie, Marilyn Manson and latter-day Type O Negative. It was the sound of the moment. The sound of a generation of disenfranchised, disillusioned, disposable youths, perhaps. What sound, you wonder? The mix of heavy rock, industrial and semi-gothic lyrics and overtones. Admittedly, there was something for everybody in that combination of genres. Regretfully, it was soon overshadowed by the wigger style of everybody’s favorite California rock band, KoRn.

The appeal in this short-lived spooky rock movement came from its synthesis of key elements of a number of (below) mainstream genres. Spooky rock combined the heavy riffing from heavy metal, the construction and delivery of Seattle grunge and alternative rock with the doom and gloom of gothic and the isolation and alienation of industrial. Add to that the vocal style of The Sisters Of Mercy, and it becomes instantly clear why this was so popular at the time. For a brief moment in time, it was embodiment of counter-culture and fans of different subcultures flocked towards it in unison.

Carpeduke, the creative collaboration between German rock singer Steffen Herzog and American producer Ron Reid Gardner, proves that this sound can still be relevant today. Even though it stands to reason that its commercial due-date has long since passed. Not that “Hell Gothic Ride” isn’t a fun little platter of ‘90s nostalgia, because it most certainly is – the only question is: do we, or you rather, really need this? The answer to that question is, of course, a resounding “no”. You don’t need this, but that doesn’t change the fact that it most certainly is loads of fun when you are in the mood for it.

While Herzog’s lyrics are loads of fun, laced with black humor, vivid imagery and double entendres.  They aren’t as self-referential or culturally self-aware of Rob Zombie, neither are they anti-authoritarian like early Marilyn Manson. They are horror inspired to a degree, and seem to cater to a mainly gothic audience, yet also occasionally wander into more personal territory. With 13 tracks there’s some obvious filler to be found, but a good number of tracks, say about 9, are actually surprisingly strong. ‘Vampyre’ is the strongest cut of the record, and it is not a surprise it is the lead single for this album.

The most obvious padding is happening with virtually interchangeable tracks like ‘Tanz Mit Dem Feuer’, which feels like a retread of ‘Nightfall’. Both tracks share the same basic beat/rhythm and the choruses are too similar to be coincidental. Granted, ‘Tanz Mit Dem Feuer’ is darker sounding and is multi-lingual at that, but the overall idea is the same. ‘Death Radio’ aims for that ‘The Beautiful People’ vibe, but it is a sad excuse of a very basic-sounding riff and beat to base an entire song around.  The song never goes anywhere. There are some exciting guitar acrobatics in ‘Tormentor’ and ‘Stuck In the Mud’, but these are largely secondary to the rest of the song, and the album as a whole.

Herzog’s voice itself is a mixed bag. He has that hoarse rasp which is reminiscent of Gunther Theys (Ancient Rites), his baritone recalls the late Peter Steele (Type O Negative) and the rest obviously aims for the type vocals that Andrew Eldritch from The Sisters Of Mercy popularized. His higher register vocals are of the standard pop variety, but not nearly as clean and pure sounding. His black metal rasp is actually surprisingly effective and demonic sounding. It makes you genuinely wonder what he would sound like in an actual death – or black metal band. The music mainly seems to balance between darker, more serious heavy rock songs, and upbeat electronic dance songs which, above else, aim for a club audience with big choruses and prominent beats. There’s a wide array of effects used to convey the horror atmosphere this record aims for. Keyboards, choirs, female vocals, and electronic beats – all stops are pulled out to make this album as engrossing as it is. The actual songwriting is of the standard pop variety. The instrumentation itself is rather basic, which works well with the verse-chorus pop song structures most of these songs are built around.

The presentation, design and lay-out of “Hell Gothic Ride” is a clusterfuck of potentially good ideas marred by shoddy execution. The digipack release is adorned with digital renderings that recall a late ‘90s video game, specifically “Dungeon Keeper”. The photography itself is surprisingly good, but the way they are implemented into the overall package is both detrimental to the pictures as to the lay-out. The cover image makes this record look like a budget dance compilation, and the typesetting and production notes (especially those in the booklet) are horrid and cheap-looking. Overall it would have benefitted Carpeduke tremendously if Herzog would have taken the presentation and design more seriously, even though his array of subjects usually aren’t.

So, what’s the final verdict? “Hell Gothic Ride” is a surprisingly enjoyable and fun record when it plays to its strengths and just runs with it. The best songs are those who get to the point quickly and/or stop the joking around and just go for whatever it is that they’re after. Given what Herzog has written here, there’s enough promise for future albums, and maybe even a hit single when they hit everything right. With some more balanced vocal lines, more prominent bass lines and better, more involved drumming this could actually turn into something really good. That isn’t to say that Carpeduke isn’t good now, it just isn’t smooth, conventional and well-produced enough to get airplay.