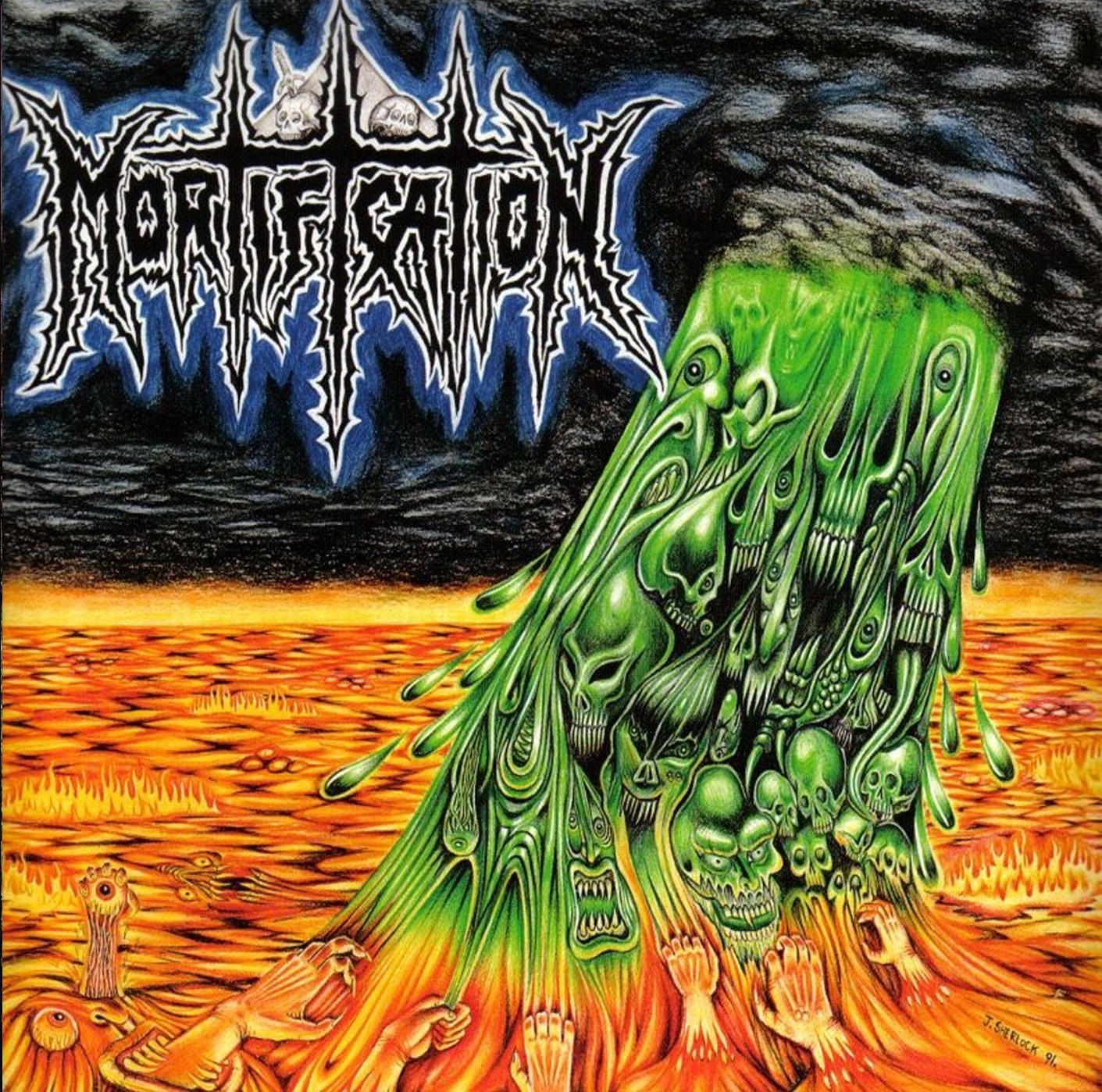 The first Mortification album was a mere dress rehearsal for the absolutely gargantuan “Scrolls Of the Megilloth” that would arrive a year later. Released in 1991 - the same year as Death’s “Human”, Morbid Angel’s “Blessed Are the Sick” and Sepultura’s “Arise” – it is a thundering death/thrash effort marred by a thin production, and unimpressive artwork. Forming in Melbourne, Australia in 1990 after the demise of power metal band Lightforce, the trio sought to capitalize on the emerging death metal sound. While not nearly as brutal, versatile or as compositionally dense as some of the albums released the same year it was a fitting start for one of Australia’s most long-standing institutions. The album was released by Chicago label imprint Intense Records in North America in 1991, while then still death metal-focused German label imprint Nuclear Blast Records promoted and distributed the disc in Europe. It is simply a killer death/thrash record. 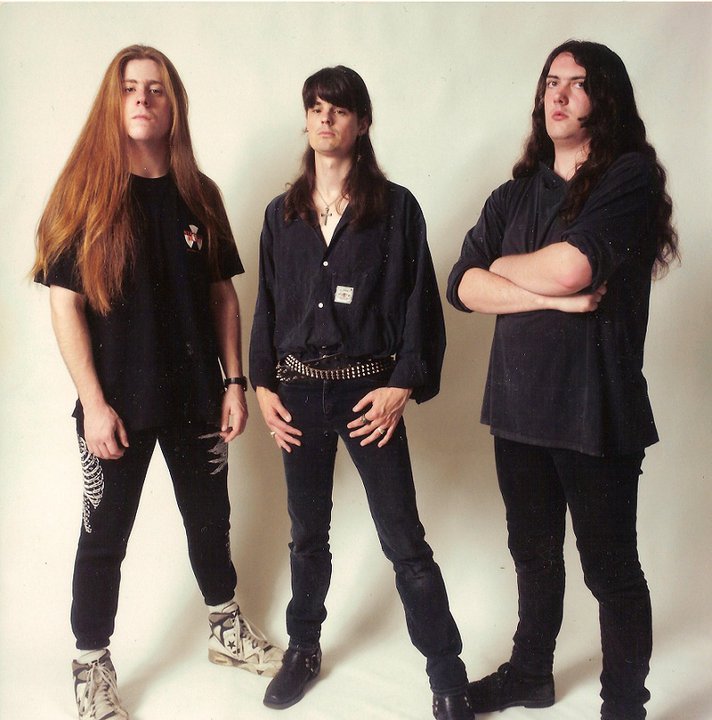 The first Mortification line-up consisted of vocalist/bass guitarist Steve Rowe, guitarist Michael Carlisle, and drummer Jayson Sherlock. The self-titled album was almost entirely written by creative force Jayson Sherlock with minimal contributions from the other two members. Michael Carlisle wrote two songs (‘Until the End’ and ‘New Awakening’), with Steve Rowe contributing three tracks (‘Break the Curse’, ‘The Destroyer Beholds’ and the brief ‘The Majestic Infiltration Of Order’). Only ‘Brutal Warfare’ was co-written by Jayson Sherlock and Steve Rowe. For the session three tracks from the 1990 "Break the Curse" demo ('Journey Of Reconciliation', 'Brutal Warfare', and 'Break the Curse') were repurposed here. The debuts of Sinister, Vader and Monstrosity that were released a year later (in 1992) take a good portion of inspiration from this album, although Mortification’s first effort is notably thrashier in architecture, and not nearly as speed-oriented as the albums that came a year after.

Even though the band was only together for a year this self-titled effort doesn’t show it. As an album opener ‘Until the End’ is sturdy and workmanlike, even though it was subject of a music video. ‘Brutal Warfare’ would have been far more powerful as such. The couple of bass breaks in ‘Brutal Warfare’ are indicative of the band’s future direction where the bass guitar would play an integral role in “Scrolls Of the Megilloth”. Whereas ‘Bathed In Blood’ is a straight-up thrasher ‘Satan’s Doom’ in many ways lays the groundwork for the second album, along with ‘Brutal Warfare’ before it. A case could be made that ‘Satan’s Doom’ is the architectural template for ‘Scrolls Of the Megilloth’ as the latter is a heavier, faster and grimier interpretation of the stomping former. Likewise would Rowe’s growls and bass guitar tone become deeper on the subsequent record. ‘Turn’ is an interesting 34 second long oddity that almost qualifies as grindcore for its brevity, although it lacks the breakneck speed to truly qualify as such. ‘Break the Curse’ has a very Motörhead-ish vibe with its playful bass intro and rock n roll rhythms. ‘New Awakening’ is essentially a strong song, but it was outplayed in terms of speed and intensity by Sepultura’s “Beneath the Remains” that was released two years before. ‘The Majestic Infiltration Of Order’ holds, despite its mantra-like goofy lyrics and repetitive rhythm scheme, a couple of the best and most inspired guitar leads of the album.

The biggest strike against the album is the underwhelming production. It was recorded at Power Plant Studios in Melbourne with Roger Martinez and Gil Morales producing. While the production is on the thin side the vocal production by Martinez is from where the album derives most of its early death metal aspects. Likewise the bass guitar lies prominently in the mix whereas the guitars and drums tend to be on the thin side. Despite the prominent bass guitar the production provides no mentionworthy bass-heaviness, or concrete weight to give the material any heft. This ailment would be duly rectified on the second Mortification outing “Scrolls Of the Megilloth”, but considerably hampers this album. While the songs sound powerful pure from a compositional point of view they are robbed off much of their impact due to the impotent and thin production. The only truly convincing things are the guitar solos, the bass guitar tone and the vocals. The entire thing tends to sound hollow, and the dry guitar tone doesn’t help matters either.

Mortification’s most obvious inspirations appear to be Slayer, Possessed and Death. Each of these cuts has the crunch of an early Slayer song, the heft of Possessed, and the thrashy technicality that made Death’s “Leprosy” so memorable. The album was released with two different covers. The original cover art (by drummer Jayson Sherlock) was considered too provocative to be sold at Christian bookstores, thus a second version with only a green/purple logo on a black background was issued specifically to meet the demands of these outlets. Had Sherlock’s vision been interpreted by the likes of Dan Seagrave, Kristian Wåhlin or Michael Whelan the album would have looked tenfold as impressive on the visual side as it does in its current form. Parallell with his tenure in Mortification, drummer Jayson Sherlock was involved with early doom metal band Paramaecium, contributing to its 1993, and 1995 albums. Sherlock’s involvement proved vital to the enduring strength of the first two Mortification releases. Once Rowe took over as the creative force, and main songwriter the band took a curious path.

It’s surprising that Mortification was able to capitalize on, and become such a force in, the emergent death metal movement of the time. Not that it was in any way inferior to a lot of the signature albums that were released in the same timespan. It nevertheless remains somewhat of an curious oddity, not merely because of its overt Christian rhetoric but also that is sounds restrained to a lot of its contemporaries. After releasing two strong death/thrash albums the band went briefly into slightly more technical territory with “Post-Momentary Affliction” before completely losing the plot afterwards. Despite continually changing musical direction, and ever-fluctuating line-ups, Mortification has forged onward in the face of changing musical tastes, and personal problems. As far as debuts go “Mortification” is a reliable slab of early 90s death/thrash metal despite its quirkiness, and tendency to second-guess itself. 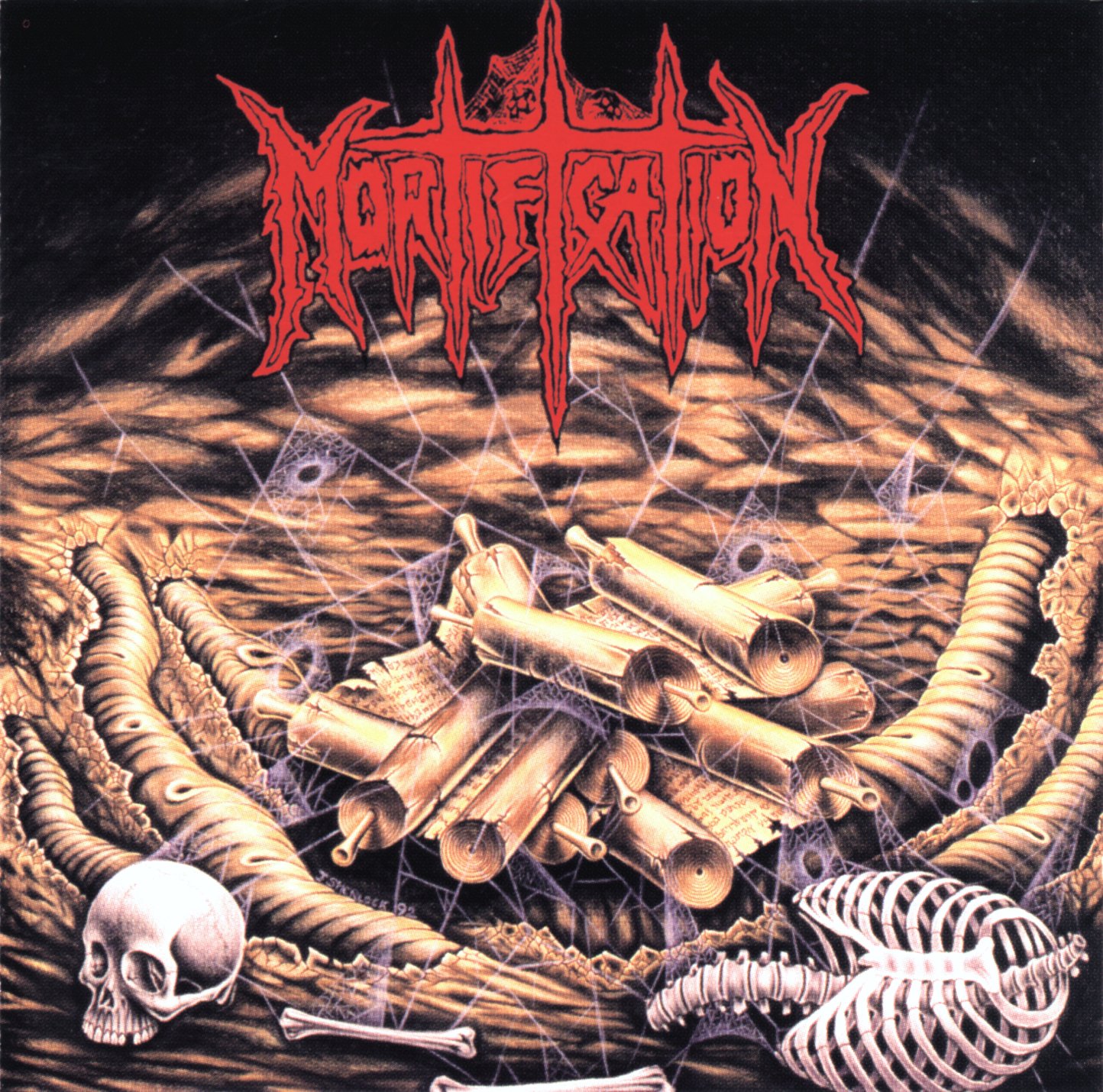