Bavarian progressive death metal trio Odetosun have been one of our favourite constellations in the underground of recent years. The trio – Luke Stuchly (vocals), Benny Stuchly (guitars, bass guitar, keyboards) and Gunther Rehmer (drums) - formed as Oden’s Raven in 2008 as a typical melodic death metal band with Viking themes, not unlike early Amon Amarth and Unleashed and their ilk, before steering towards more adventurous realms. We extensively sang our praises for their 2013 debut “Gods Forgotten Orbit” on these pages, but never came around to properly covering their second opus “The Dark Dunes Of Titan” from 2015 the way it probably deserved and the way we probably should have. Now, four years removed from their second album, the Stuchly brothers are back with ‘Spiritual Decay’, the first in a series of thematically interconnected singles to be released seperately. Whether Odetosun has abandoned the album format as a whole is presently unclear, but it’s good to have the masters of the atmospheric and the meditative back all the same. So how does ‘Spiritual Decay’ fit in with Odetosun’s repertoire?

There has always been a profound Pink Floyd influence evident through out the music that Odetosun writes. Whether it’s the David Gilmour inspired manner that Benny solos or the resounding booming bass guitar and the serene keyboards that feature prominently in the trio’s compositions. The more progressive – and ambient aspects of both “The Division Bell” and “A Momentary Lapse Of Reason” all can be heard in the two records preceding this single. Comparatively ‘Spiritual Decay’ is on the uptempo and upbeat side of things compared to what Odetosun usually does. However not soon after the opening section the single reverts back to the trio’s usually meditative midtempo and it sounds like nothing substantial has changed since Odetosun last released music. “The Dark Dunes Of Titan” was a nearly 50-minute conceptual exercise inspired by the 1972 Ben Bova novel “As On A Darkling Plain”. ‘Spiritual Decay’ was inspired the ubiquitous decline of civilization and spiritual achievements of human culture, and the first in a series of singles to be sporadically released until the trio’s third album materializes. As an isolated track ‘Spiritual Decay’ fits in seamlessly with what the trio has done before.

What has always separated Odetosun from more conventional bands is their staunch refusal to let themselves be dictated by their metallic components. Odetosun is far more dreamy and ethereal than, say, an Obscura or a Pavor. Like both those bands the bass guitar features prominently and their classification as death metal is secondary to their progressive - and post rock inclinations. Another great thing is that Odetosun never adheres to the typical metal imagery and visuals. Like Neurosis before them these three men are comfortable in their everyman and mountain man look. Stuchly’s signature melodies run rampant through out ‘Spiritual Decay’ and that it could have been culled from either “The Dark Dunes Of Titan” or “Gods Forgotten Orbit” speaks volumes of the creative alchemy that these three men have going on. There have been changes in the Odetosun camp. Their production value has steadily increased and their musicality and creativity is on an all-time high since the days of “Gods Forgotten Orbit”. If ‘Spiritual Decay’ is but a prelude to further new music we can only hope that Odetosun will continue to release new singles until their following album at long last arrives.

Suitably below the mainstream and somewhat of an underdog Odetosun is the ultimate musical pariah. They’re probably “too heavy” for the progressive rock crowd and, logically, too laidback and esoteric for the stereotypical death metal fan. Odetosun is guided only by their creativity and since their inception they haven’t paid much attention to what they classify as. Whether you want to classify them as a progressive rock band with death metal overtones, or as a death metal band with progressive inclinations – the long and short of it is that Odetosun is one of the better independent metal bands currently working the German underground. “Gods Forgotten Orbit” sounded very oceanic, breezy, and exotic, “The Dark Dunes Of Titan” gravitated towards a more spacey, airy and celestial direction. ‘Spiritual Decay’ combines the two in something that can only be described as meditative and, well, spiritual. If Nümph or Caelestis played death metal, they would probably sound something like this. As it stands Odetosun remains criminally underappreciated in their own genre. If ‘Spiritual Decay’ can turn a few more people towards their music, then it served its purpose. 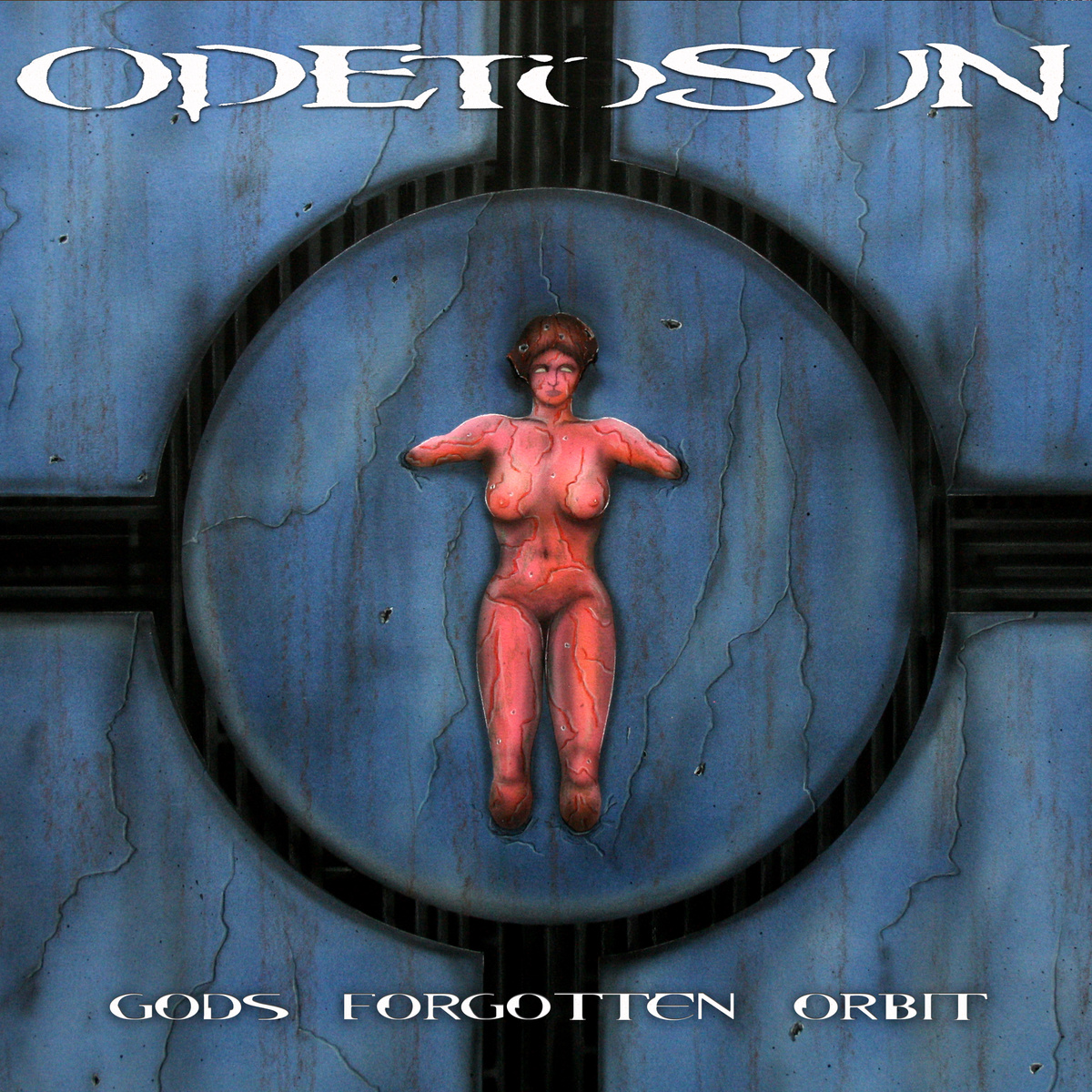 “Gods Forgotten Orbit”, the debut of German atmospheric metal combo Odetosun, is a fresh take on a subgenre that was last popular in the 1990s. Featuring prominent bass guitar licks, and floating melodies “Gods Forgotten Orbit” is part of a minor resurgence of a sound that the likes of Alastis and Tiamat pioneered during the 90s. Odetosun is however a good deal heavier, and technical in its playing compared to the earlier bands. In many ways Odetosun is a metal equivalent of the David Gilmour-fronted Pink Floyd. 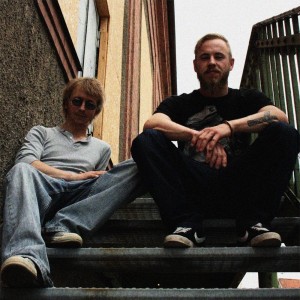 The band’s lyrics deal with cosmic themes, and astral phenomena. When interpreting this celestial imagery on a metaphorical level the lyrics are incredibly profound and meaningful. ‘Cracking the Shell Of Calypso’ is about one of the Nereids (sea nymphs) mentioned in Homer’s Odyssey in Greek mythology, or alternatively about the well known planetary sattelite moon of the planet Saturn. Metaphorically, it is about the finding of knowledge. ‘Veil Of Leviathan’ details the Kundalini, an indwelling spiritual energy, usually represented as either a goddess or a sleeping serpent, that must be awakened for the seeker of truth to reach divine union. The Leviathan in the title refers to the celestial dragon, as in the constellation of Draco, that holds of the pearl of wisdom in its jaw. The dragon must be slain in order to reach enlightenment. ‘Journey to Gliese’ is an instrumental track about Gliese, the triple-star system in the constellation of Libra.

‘Cracking the Shell Of Calypse’ opens with the band’s signature pumping bass guitar. The track has amazing guitar work that is melodic, floating and entirely death metal. ‘Veil Of Leviathan’ has a swirling guitar riff and is the most conventionally death metal track of the record. While more straightforward in its first half, the second half proves the song’s true strenght as it fuses atmosphere with battering riffing. ‘Eclipse Chaser’ is in the vein of the opening track again. The processed vocals are redeemed by the fragile acoustic guitar and keyboard segment that concludes the song. ‘Journey to Gliese’ is a compelling atmospheric instrumental song that arrives just at the right time in the middle of the record. ‘The Swarming Infinity’ concludes with an extended David Gilmour alike solo. Among the standout tracks of the record are ‘Cracking the Shell Of Calypso’, ‘Eclipse Chaser’, the entirely instrumental ‘Journey to Gliese’ and ‘The Swarming Infinity’. The tasteful vocoder parts in the title track, and its extended soaring David Gilmour guitar solo push the album towards an atmospheric/emotive apex in its closing.

Opposite of its contemporaries the bass guitar is the lead instrument for Odetosun’s music, and the guitars mostly function as rhythmic support except when there’s a lead/solo section. While Odetosun is death metal in form it functions in the same as the David Gilmour fronted Pink Floyd albums. Understandably the trio is at its best when it is at its most atmospheric, and least conventionally death metal. In fact the least impressive aspect of Odetosun is its death metal, and the trio would be better off fully embracing its technical – and atmospheric inclinations on future material. The band’s strongest material resembles Pink Floyd’s “The Division Bell” in various ways. As with its British inspirations there’s a sense of sadness that looms over “Gods Forgotten Orbit”. ‘Journey to Gliese’ is Odetosun’s equivalent to Pink Floyd’s ‘Marooned’ or ‘One Of These Days’. All songs were written by multi-instrumentalist and producer Benny Stuchly,  with exception of ‘Eclipse Chaser‘ that was co-written with Peter Schmid.

The album was recorded in varous sessions between August 2012 and March 2013 in the band’s homestudio. Multi-instrumentalist and main creative force Benny Stuchly was responsible for producing and engineering. Compared to label sanctioned releases there’s a sense of openness to the production work on “Gods Forgotten Orbit”. The prominence of the bass guitar, along with the light washes of synthesizer and acoustic guitar sections allow for a very organic, and natural production. The record is neither under- or overproduced, its a delicate balance that gives each instrument its required space without compromising the overall quality of the mix. Unlike a lot of modern releases the production isn’t brickwalled, or compressed sounding at any point. The artwork Thomas Hoechstaedter fits with the trio’s celestial and mythological concepts.

With the death metal genre growing more stale,  oversaturated and caricatural each year it is heartening to hear bands like Odetosun, who take the genre as a basis to branch out into territory one doesn’t usually associate with the genre. “Gods Forgotten Orbit” is at its strongest when it abandons the death metal foundation for something altogether more breezy and atmospheric. Odetosun is part of a number of European bands reinvigorating the atmospheric subgenre again after a decade. Hopefully we’ll hear more from Odetosun in the nearby future as the direction on, and various aspects of “Gods Forgotten Orbit” beg to be more thoroughly explored. Germany has always had a knack of quirky death metal, and Odetosun and its debut album is no different in that regard.