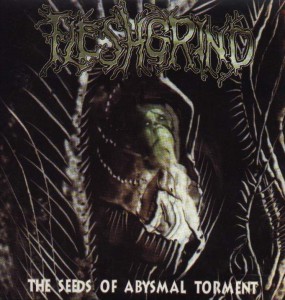 “The Seeds Of Abysmal Torment” saw Chicago bruisers Fleshgrind move into slightly more technical and challenging territory. In the decade-plus that they were active, from 1993 to 2005, they released three albums, of which “The Seeds Of Abysmal Torment” was the second. Moving away from the trite gore – and horror subject matter of its debut this second album moves into more earthy and socio-political territory. Even though the differences with “Destined For Defilement” are minimal, and cosmetic at best – by 2000 Fleshgrind was outplayed by a new generation of bands who played death metal more technical, and faster. The record represents a leap forward for a band that never was able to cement its reputation despite its status as respectable scene veterans. It is the last Fleshgrind record to be recorded and produced by Broken Hope member Brian Griffin. 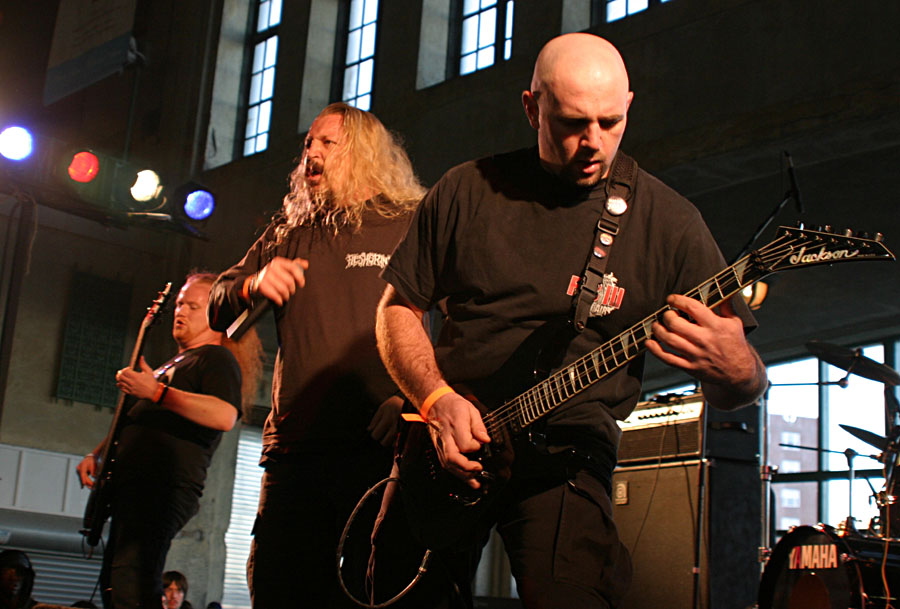 It remains a mystery why Fleshgrind opted for a single-guitar setup after frontman Lipcomb’s commendable job as a rhythm player on its debut outing. The installing of Alan Collado on drums, and James Genenz on bass guitar led to a more lively rhythm section. The drumming had become more complex with more fills, rolls, and cymbal crashes along with nearly constant thundering double-bass drums. While the guitar work has improved there still are no leads, or solos – and that is to the band’s everlasting detriment. Had there been a number of solos then perhaps these battering, but otherwise mundane, excercises in banality would have had an identifier, or two. Even though there are some dark melodies and dissonant chord progressions in ‘Monarch Of Misery’, plus a brief bass guitar break and some prominent bass licks in ‘The Deviating Ceremonies’ and ‘A Legion Of Illusions’ – the record is hardly unsettling, threatening and morbid sounding at any point during its playing time. ‘Seas Of Harrow’, the only song to clock under two minutes, had the potential of being a better, more involving song, but it wasn’t given the proper time for its ideas to be meaningfully expanded upon. ‘Hogtied and Hatefucked’ is probably the most bouncy track Fleshgrind ever wrote up that point in time.

The lyrics largely moved away from the archetypical horror, and gore subject matter of the previous record. Instead the lyrics of “The Seeds Of Abysmal Torment” deal with more earthy, interpersonal and socio-political themes, including abuse (‘Destroying Your Will’, ‘Seas Of Harrow’, ‘Hogtied and Hatefucked’), conflict (‘Desire For Control’, ‘The Deviating Ceremonies’), introspection (‘Monarch Of Misery’), depression (‘Disdain the Mournful’, ‘Hatred Embodied’), and mental instability (‘The Supreme Art Of Derangement’). It’s rather unfortunate that Fleshgrind would abandon this subject matter to return to the conventional gore – and horror thematic on its third, and final, album. Given the nature of the album the lyrics are its most interesting aspect, even though they aren’t exactly stellar in any way.

As before Steve Murray wrote the majority of the record, as with the preceding album he wrote together with his drummer, in this instance Alan Collado. Only ‘Hogtied and Hatefucked’ had lyrics written by bass guitarist James Genenz. Interesting is that frontman Rich Lipscomb, who was more hands-on on the previous record, had no input in any of the lyrics. While there was never anything particularly ornamental about Fleshgrind and its music, its down-to-basics approach might be functional (and mildly effective even) - on a purely visceral level, and in the live arena – it leaves little to the imagination, and to latch onto in studio recorded form. Not even the guest vocals by Leonard ‘Lenzig’ Leal (Cephalic Carnage) add anything of worth to the tracks they appear on. The least one could say about “The Seeds Of Abysmal Torment” is that Chicago bruisers Fleshgrind went from mere redundance to an adequate level of faceless competence, but little more at best.

The move to a different recording facility is both a benefit and a detriment to the proceedings. For the first, and only, time Fleshgrind recorded at Quali-tone Studios in Beach Park, Illinois with Brian Griffin (Broken Hope) producing, whereas Trevor Sadler at Mastermind Productions in Milwaukee, Wisconsin mastered the album. While Fleshgrind had a long history (dating back to its demo tapes) of working with Brian Griffin the production on “The Seeds Of Abysmal Torment” is problematic in its own peculiar ways. The thickness that characterized “Destined For Defilement” is replaced with a digital crispness that strangely lacks clarity and definition. The bass guitar can be felt but is audible only in bits and parts of the album. The only thing that has markedly improved is the drum tone. The artwork by Juha Vuorma isn’t very special, and his work on the Malignancy debut “Intrauterine Cannibalism” was far more commendable. “The Seeds Of Abysmal Torment” was released in 2000 through Olympic Recordings in North America and Season Of Mist in Europe. In retrospect the only memorable thing about it is that Maltese death metal band Abysmal Torment took its name from this album’s title. 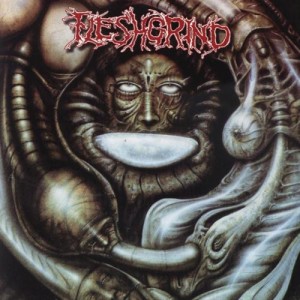 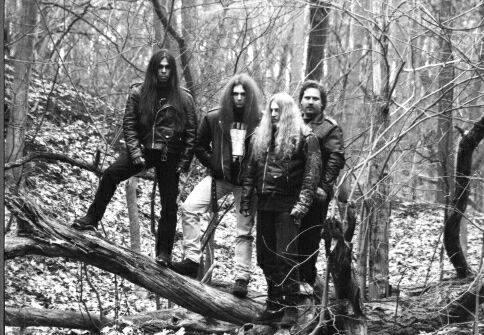 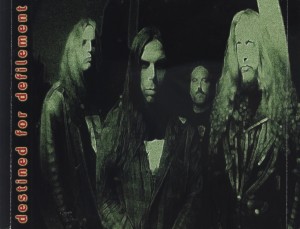