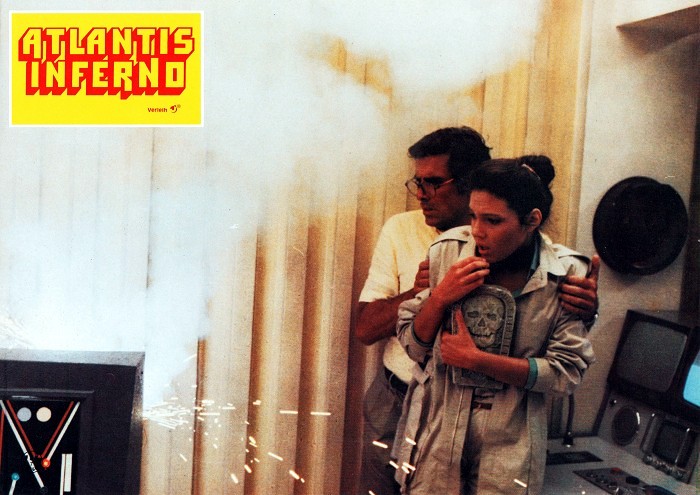 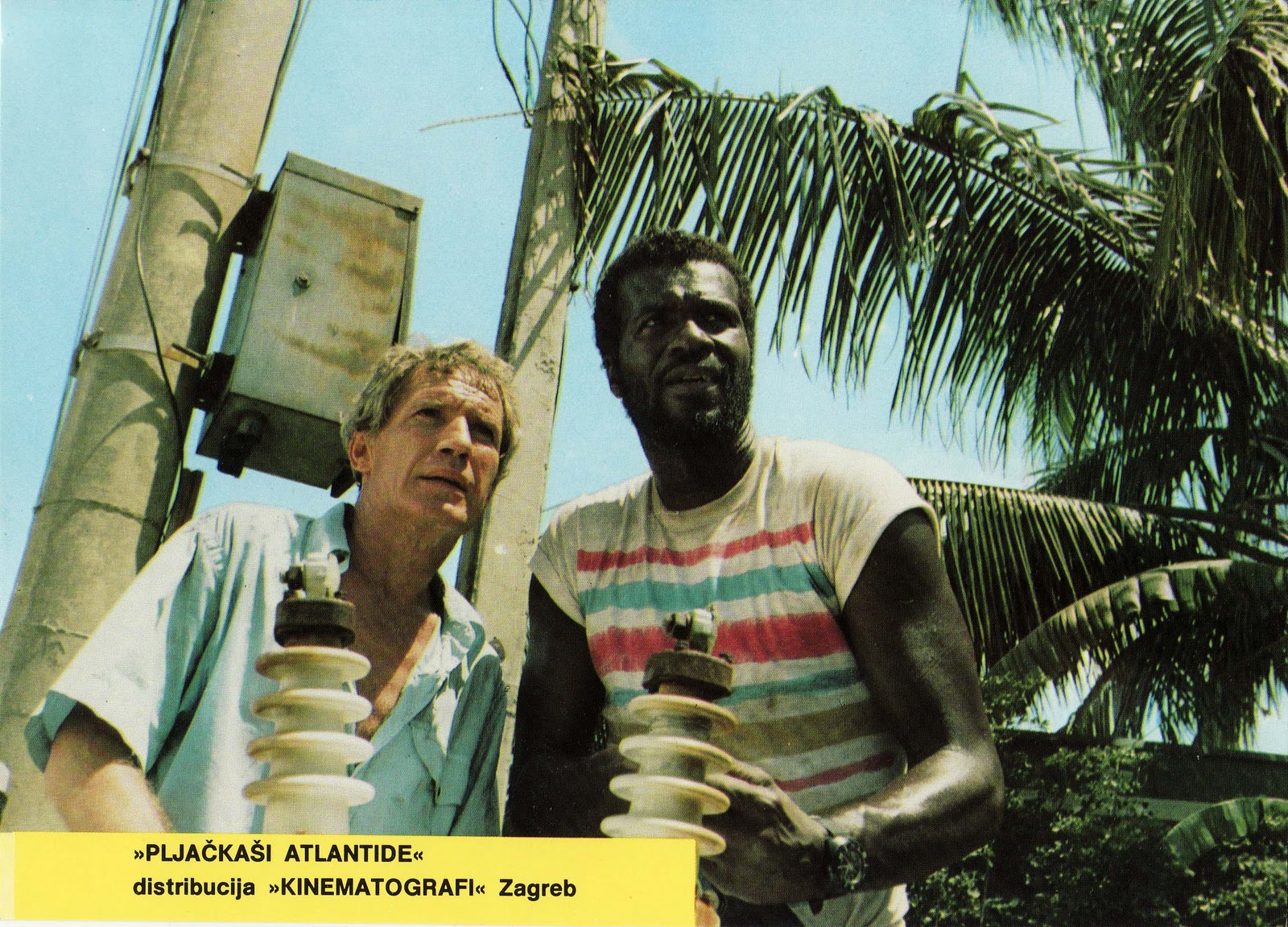 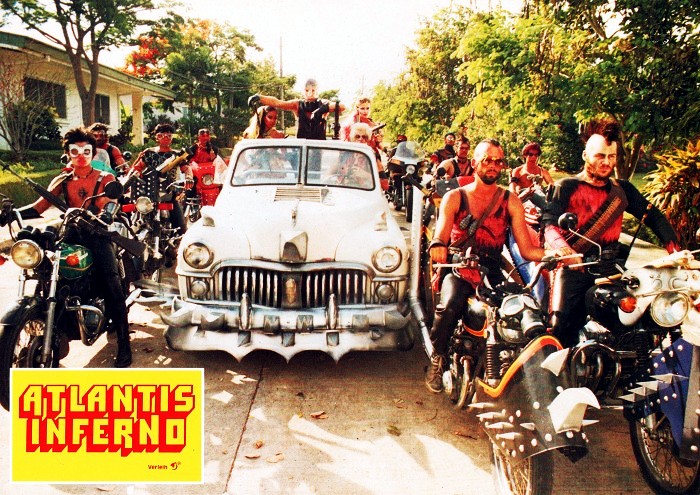 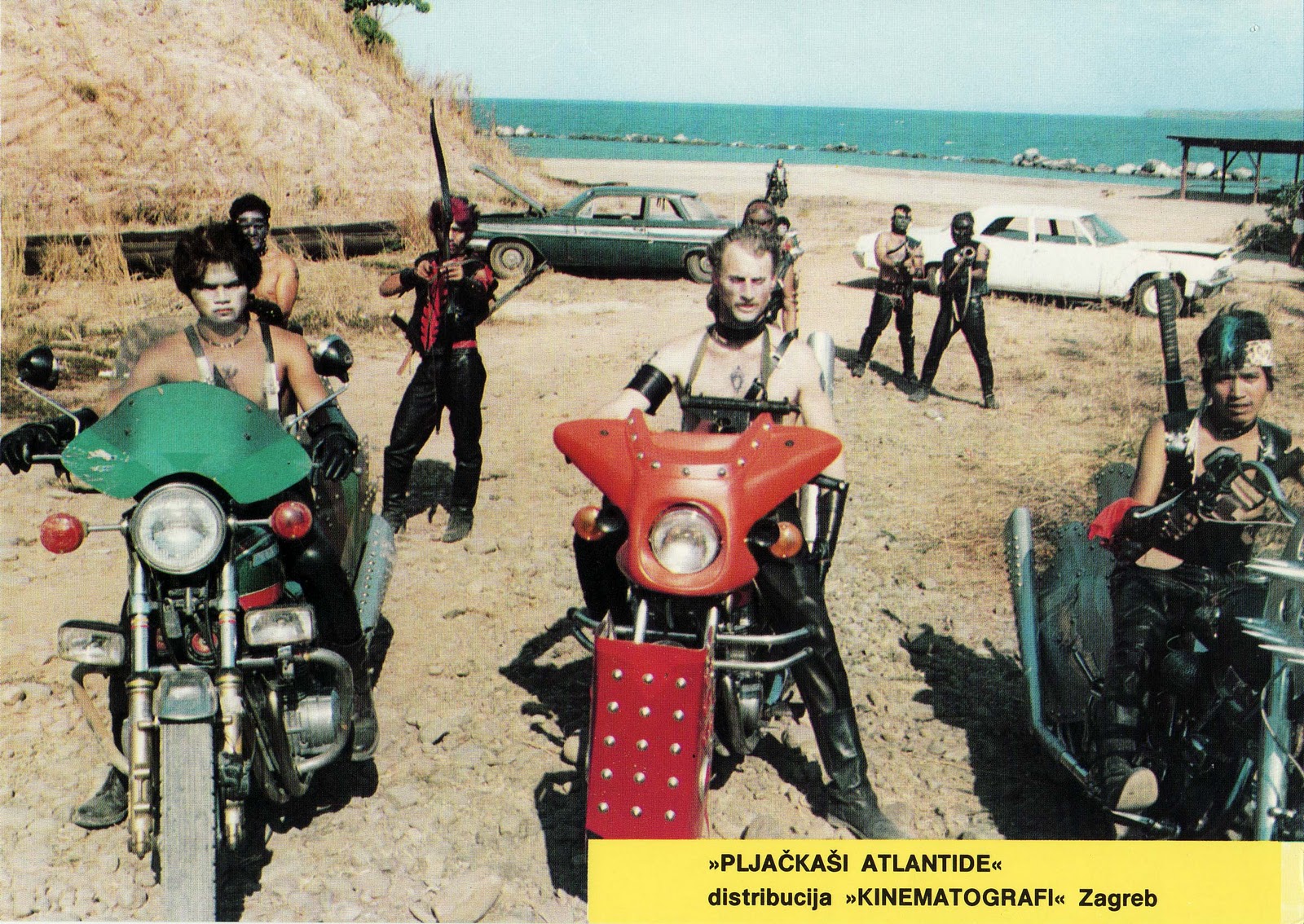 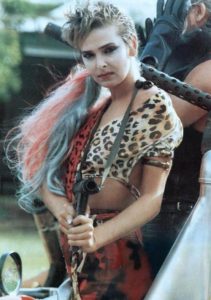 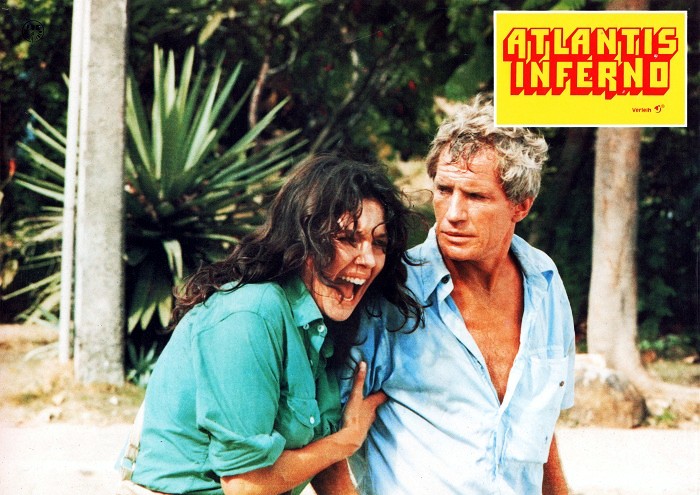 How could The Raiders Of Atlantis not be so utterly amazing in its derivation? It was written by Tito Carpi and Vincenzo Mannino. Both were specialists in spaghetti westerns, poliziotteschi, and giallo. Carpi wrote a bunch of Euro war movies and commedia sexy all’italiana through the 60s. He wrote the screenplays to Jungle Holocaust (1977), Tentacles (1977), Thor the Conqueror (1983) and Alien From the Deep (1989), one of the more notorious The Abyss (1989) knockoffs. Mannino wrote the spy-action/superhero romp Argoman (1967) which, at least in part, goes to explain the sheer level of insanity that The Raiders Of Atlantis frequently indulges in. The Raiders Of Atlantis was produced by Edmondo and Maurizio Amati, who were responsible for Argoman (1967) and more post-apocalyptic action shenanigans with Warriors of the Year 2072 (1984). Amati also produced the great pandemic classic The Living Dead at Manchester Morgue (1974) and the two Agent 077 (1965) Bond knockoffs with Ken Clark. There was never any question about how insane this one would be, more of how far it would push it. Also helping are the cinematography from Roberto D'Ettorre Piazzoli, director of photography on Luigi Cozzi’s StarCrash (1979) and a score by Guido and Maurizio De Angelis. It is almost as if it was envisioned as a project for Umberto Lenzi.