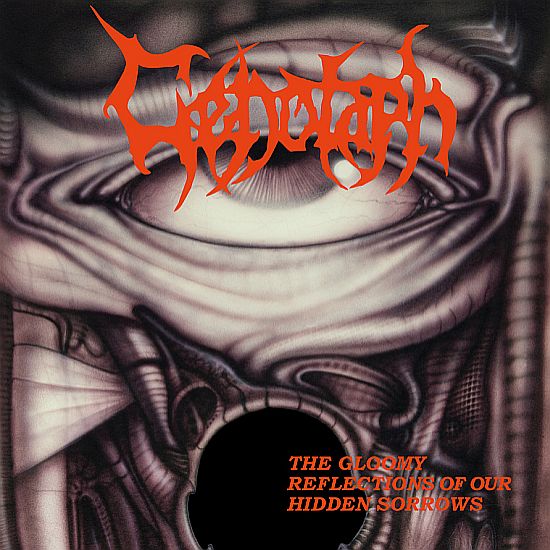 One of the earliest death metal bands from Mexico was Cenotaph, who formed in 1988 under the moniker Damned Cross. Under their original name they released a demo tape in 1989 called “Excretion Of Infected Corpses”, before abandoning the gore/horror subject matter and transforming into Cenotaph. Despite its musical changes and fluxuating line-up Cenotaph was able to release a number of notable early death metal albums. At first they played a primitive, more occult style, only to later venture into more abstractly melodic Swedish territory. On all these releases the cosmic, internal and introspective concepts remained a constant, even though the members came and went. Of the band’s original more occult and primitive stage, the tape (and later CD) “The Gloomy Reflections Of Our Hidden Sorrows” is the most accomplished of that period.

The album starts off with the synthesizer introduced instrumental track ‘Requiem For A Soul Request’. If anything this track reminds of a slightly more melodic early Incantation cut circa “Onward to Golgotha”. From the first real track ‘Ashes In the Rain’ the New York death metal influence becomes all the more obvious, this is further strengthened by Daniel Corchado’s cavernous Craig Pillard-like growls. Oscar Clorio (drums) handles his kit in a similar fashion as early Incantation skinsmen Jim Roe and Kyle Severn. The only real difference with their more popular American peers is that Cenotaph is more ambitious in terms of composition and overall concept. They put a greater emphasis on creating an occult atmosphere through sparse usage of synthesizers and there’s a far greater reliance on solo’ing with the guitar and bass both getting equal attention in that regard. The songs Cenotaph writes are also a good deal longer and more involving, with two cuts lasting over 6 minutes and one track lasting over 8 minutes. The remaining tracks are of standard length with ‘The Spiritless One’ being little over three minutes and ‘Infinite Meditation Of An Uncertain Existence’ just a second short of reaching the universally standard three-minute mark. There are ideas aplenty.

‘Ashes In the Rain’ and ‘…A Red Sky’ segue flawlessly and both feel like one mammoth song cut down into two more manageable halves. ‘…A Red Sky’ is much faster and dynamically leaner than the previous cut. The cut demonstrates Clorio’s strengths as a drummer and gives him a structure to show off his chops. In comparison to the preceding track the guitar solo’ing features more prominently, and it is integral to the song’s structure. The guitar break shortly after the 5-minute mark is especially poignant, even though plenty of more solos follow in its wake. ‘Evoked Doom’ is the most typical track of the first half of the album, and there’s nothing about it that you haven’t heard in any Incantation record released around this time, albeit once again the solo’ing is more melodic and engrossing. The sparse use of church organs, bass solos and clean narrative parts add to the gloomy feel. The track’s relative brief length, clocking in over 4 minutes, makes it the most easy to take in, and to get a feel of the band is doing. If you choose to sample this record – this would be the ideal choice, as is the track directly following it.

The highlight and signature track of this album is, of course, ‘Tenebrous Apparitions’. That cut combines the synthesizer atmosphere of “Mansions Of Eternity” era Aurora Borealis with the malevolent and evil sounding death metal one most closely associates with long-suffering American death metal veterans Sadistic Intent. Just like the earlier alluded to Aurora Borealis song ‘Slave to the Grave’ this cut is initially slower with a greater emphasis on the atmospheric synthesizer, before it explodes into a maelstrom of churning riffing and tasteful barbaric drumming with Corchado delivering his best vocal performance on the entire album. Oscar Clorio once again outdoes himself on the drums with some especially effective hihat, kickdrum and blast sections. The guitar break after the two-minute mark and the solo’ing of both the guitar and synthesizer add greatly to the unearthly atmosphere that the cut aims for. The finale should be enough for anybody to see that Cenotaph was surprisingly well-formed in terms of composition even at this early stage in their career. The final last of the album follows in the footsteps of the earlier songs, but it is slightly less adventurous and there’s no stand out track to speak of. Overall the record is incredibly strong and consistent. It is brutal to a fault, and the atmosphere is oppressive. It is not surprising that Cenotaph was considered Mexico’s best death metal act at the time, and for many years after the original line-up splintered.

The band at this time consisted of Daniel Corchado on vocals and bass guitar (who wrote all the lyrics). César Sánchez on guitars, Guillermo Delgado on second guitar, and Oscar Clorio behind the drum kit. This would be the only appearance of both guitar players, while Clorio would remain a fixture in the band through out their career, with exception of second Cenotaph vocalist Edgardo González. Corchado was the band’s creative force through out Cenotaph’s first era of existence, which concluded with this debut record. After Corchado’s departure the band underwent a stylistic transformation shedding members, the original logo and morphed into a more melodic, traditional metal infused death metal unit. Cenotaph would ultimately break up in 2002 after having released 4 albums, a number of EPs and a handful of locally released demo recordings. Their legacy, however, lives on in the hearts and memory of death metal fans the world over. The artwork is a frightening biomechanical vision of unearthly horror you’d associate with the likes of H.R. Giger. Giger has been a well-known inspiration to many an extreme metal band the world over, with Chicago bruisers Fleshgrind most notably copying this cover artwork for their own recording debut “Destined For Defilement” that arrived five years after this release in 1997. The session was laid down at Tequila Studios in Mexico with engineer/producer Hans Mues. This facility was a fixture in the early Mexican extreme metal scene, and Mues was also the one who provided all the keyboards on the album.

The record was originally released in 1992 by tiny Mexican label imprint Horus Productions on both tape and CD. It was later re-issued in 1998 by Oz Productions with two bonus tracks of the “Tenebrous Apparitions” EP. It was re-issued a third time in 2012 by Chaos Records, but now being pressed on vinyl in picture disc format. Daniel Corchado (vocals, bass guitar) left after this album. First he formed his own band The Chasm, releasing two albums before having a short stint with New York scene veterans Incantation, performing on the “Diabolical Conquest” album. During this time he relocated to Chicago. John McEntee asked him to stay as a regular member but he declined because he wanted to focus on his personal project The Chasm. As it stands “The Gloomy Reflections Of Our Hidden Sorrows” is probably one of the better representations of the early Mexican death metal scene, next to Disgorge. 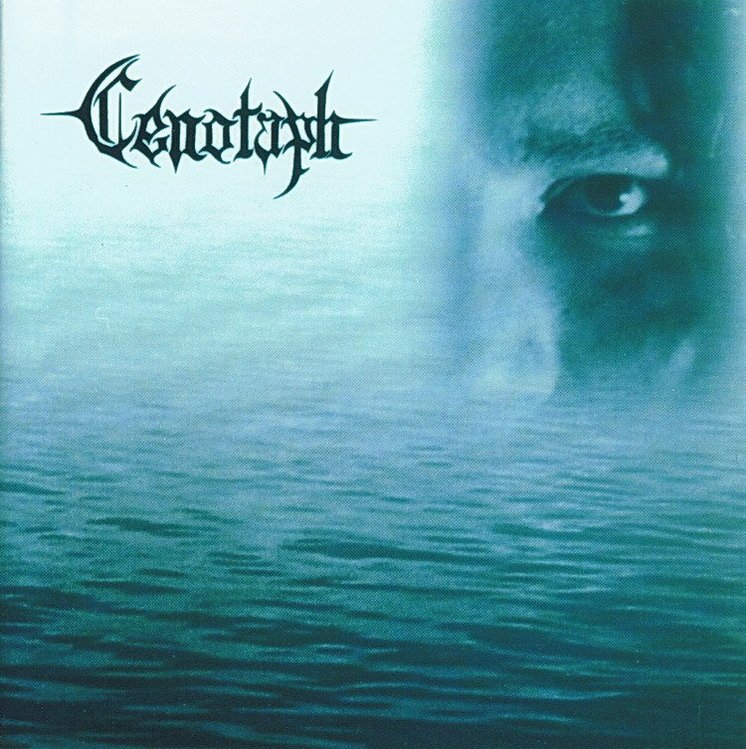 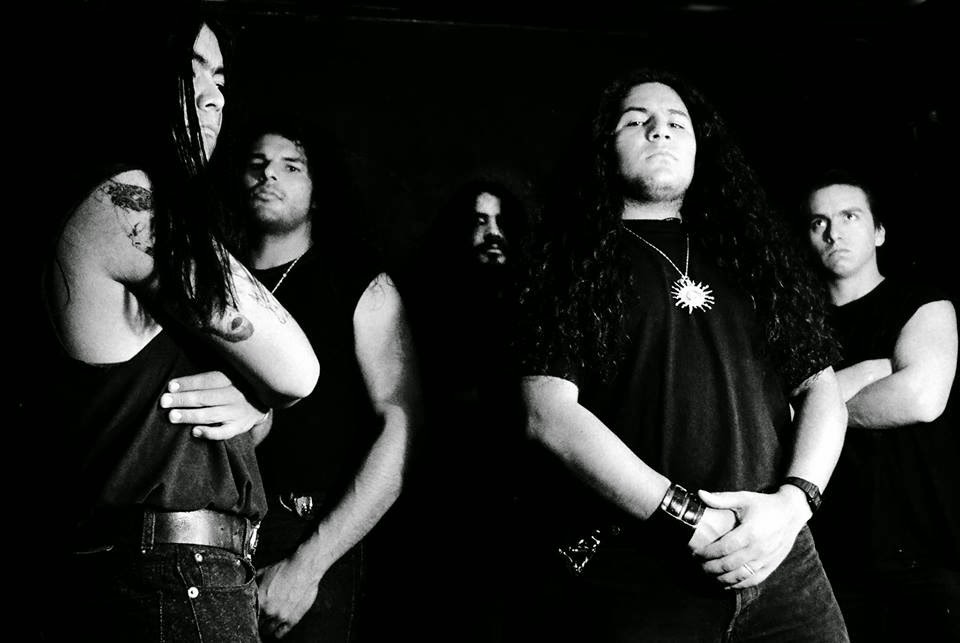