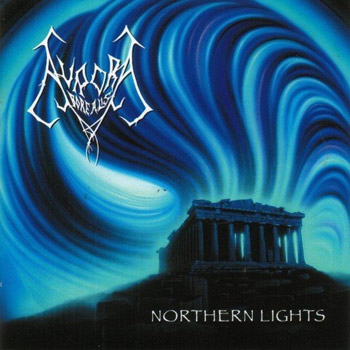 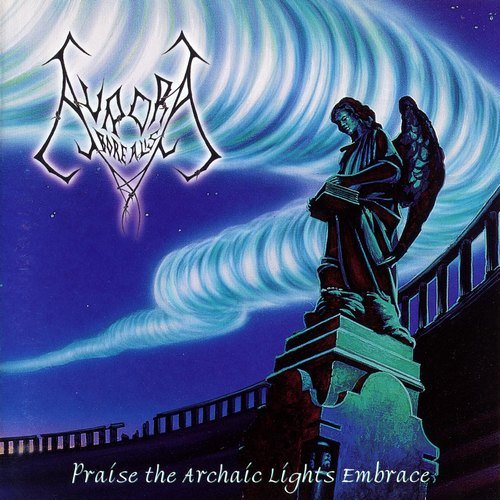 The full-length debut of Waldorf, Maryland death/black metal combo Aurora Borealis is where the band largely etched out its musical niche, but was still searching for its identity lyrically. “Praise the Archaic Lights Embrace” introduced bass guitarist Jason Ian-Vaughn Eckert, who would reconnect with the band many years later and become a trustworthy ally for mainman Ron Vento. In comparison to the preceding EP the debut increases the overall level of speed and technicality, and is much more bass-heavier due to the addition of a dedicated bass guitarist. “Praise the Archaic Lights Embrace” follows the template laid out with the preceding EP, and expands upon its central ideas while further cementing the band’s keen sense of European melodicism and riff construction.

Substituting for the defected Tony Laureano is South Carolina native Derek Roddy, who in the years before had made a name for himself through his work with Malevolent Creation and its splinter project Divine Empire. It is the first of two Aurora Borealis albums featuring his percussive skills. With the genre in a state of flux a lot of bands were pushing the genre into heavier and faster territory Aurora Borealis, to its credit, remained tasteful in its elegant and fully realized epic death/black metal paradigm. Leading the charge of blast-oriented death metal bands were the likes of “Depise the Sun” era Suffocation, Krisiun, Centurian and the Erik Rutan-led Hate Eternal. Much like long-running Florida death metal combo Monstrosity, Aurora Borealis was a proving ground for both Derek Roddy and Tim Yeung before moving onto bigger opportunities.

“Praise the Archaic Lights Embrace” is a consistently strong record that has no lowpoints, or notable defects to speak of. In comparison to what come later the album is squarely in the death metal end of the spectrum. Coming to the fore than on the EP is Vento’s sense for melodicism and structure. By this time the American death metal was undergoing a transformation as forces such as Deeds Of Flesh, and Disgorge pushed for new extremes. There’s a distinct European flair about “Praise the Archaic Lights Embrace” while its sense of structural melodicism is Swedish in construction. Much like institutions such as Unleashed, and to a lesser degree John Zwetsloot-era Dissection (“The Somberlain”) without said band’s overt Iron Maiden stylings, and its tendency to sound like a death metal focused NWOBHM outfit. What makes Aurora Borealis different as a band from actual European outfits is that it sets its European stylings within a solid American death metal framework. While the material is technical it never forgets that songwriting is the key priority. The album is uniformly strong, and internally consistent. The standout tracks for the session are ‘Offerings Of Jade and Blood’, ‘For Your Comprehension’ and the instrumental ‘Constellations Embellished With Chaos’.

The glaring omission of an apostrophe in the album title aside, the lyrics are well crafted and largely deal with mythology, ancient cultures and history. Unlike many underground metal lyrics these are intelligently written, and from them can be gleaned that Vento is an enthusiast of the subject. Only ‘War Of the Rings’ and ‘For Your Comprehension’ differ from the bulk in that the former deals with the Lord Of the Rings novels and the latter is more introspective and personal compared to the rest of the record. The album is paced masterfully in every sense. Even though it contains two back-to-back instrumentals with ‘Constellations Embellished With Chaos’ and ‘Calm Before’ it never takes away from the record’s overall effectiveness. There were definitely heavier, and faster alternatives available on the American scene when this record saw release, but none of them captured the European death/black metal sound as distinctively and effective as Aurora Borealis did here. That the band never really was able to get a footing in its own continent is probably due to the same reason. Aurora Borealis after all has its roots in European death – and thrash metal instead of the American ones as its competitors.

Although the album was recorded at Sound Lab in South Carolina with producer Bob Moore it should have sounded far better than it actually does. The production is on the thin side, and misses much of the preceding EP’s crunch. Moore had made a name for himself engineering the first Nile albums, but apparently didn’t give his all in producing this record. The album doesn’t sound bad in any way imagineable, but it only possesses a mere fraction of the power it should have held due to the fairly weak production job. However, all the instruments are distributed evenly across the mix, and each holds a clear and adequately fitting tone – yet none of it carries any real weight or heft in the grander scheme of things. The production is a mere sum of its parts, and nothing more. Neither was Bob Moore able to capture the band’s European tones. It was probably this experience that drove mainman Ron Vento into setting up his own Nightsky recording facility in order to properly capture his own vision, and those of his direct associates. Once again artwork was by rendered by Jay Marsh. This time around the vista seems to be set during nighttime inside of the Colosseum walls near an angelic statue

“Praise the Archaic Lights Embrace” builds upon the initial promise of the “Mansions Of Eternity” EP, and further fleshes out its concept, lyrically and musically. A number of tracks expand upon the preceding EP’s Egyptian theme, while others introduce the first celestial, and Scandinavian themes. Compared to its predecessors the songs are better structured, faster paced, and the overall melodic sensibility has increased. Despite its melodic leanings the music stays squarely within the American death metal format, although Vento’s serpentine rasp gives the whole a black metal aura. With the increased expansion of lyrical subjects Aurora Borealis is finally coming into its own. The band would unlock its full potential on “Northern Lights”, the successor to this debut, which is the penultimate Aurora Borealis record of the first era in every conceivable way. As far as debuts go “Praise the Archaic Lights Embrace” is exceptionally strong in what it does.