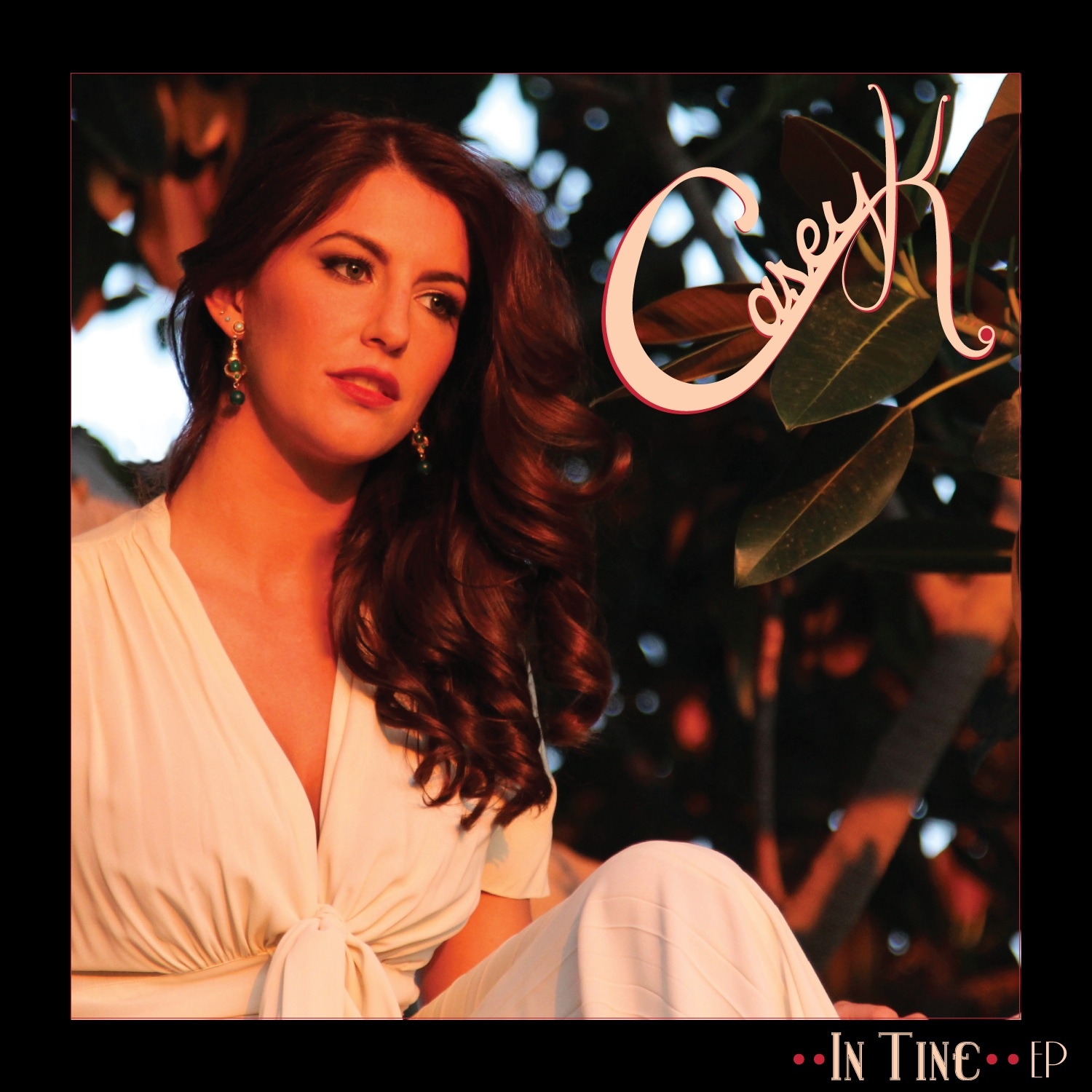 As a rock fan you are typically expected to like only that one style, and nothing else. People within those fanbases, or segments thereof, are often vilified for having a broader taste in music, especially when it comes to genres outside of rock. I have never really hid the fact that I listen to plenty of other musical genres outside of my main interest of rock and heavy metal, which makes me appreciate Casey K. for all the goodness that she is. Because what is more appealing than a stunniningly attractive young woman, a guitar and a way of expressing her feelings and experiences? Nothing compares. In the interest of full disclosure I must confess that I’ve always had a weakness for a certain type female singers. Be they the pretty-girl-with-the-guitar, or pretty-girl-behind-the-piano. I will listen to women like Colbie Caillat, Sara Bareilles, Lene Marlin, Michelle Branch or the more popular Amy MacDonald. When then I got this promo record in my inbox, you can rest assured that my interest was peaked.

A little can go a long way. Vanessa Carlton had only one, true hit single with her song ‘A Thousand Miles’ in the early 2000s, and her subsequent albums have flown under the radar of public awareness, to say the least. Michelle Branch released two high-profile albums, and then did her Carlos Santana collaboration – but after that little was heard of her. Sure, she did that The Wreckers thing, and publicly conveyed the disgust of the industry that forced her into a musical profile she wasn’t confortable with… Heather Nova, thanks to her early start in the business, continues to write, record and tour globally. Lene Marlin, despite being more talented than the average vapid pop superstar, remains largely popular in Scandinavia, but exactly how known is she in the rest of Europe and North America? My current obsession is with Stockholm-based country-rock power trio Baskery, containing the three equally attractive Bondesson sisters. They might not be as popular or widely known as Nathalie Maines and The Dixie Chicks or Taylor Swift, but they are equally as good as them, if not better. 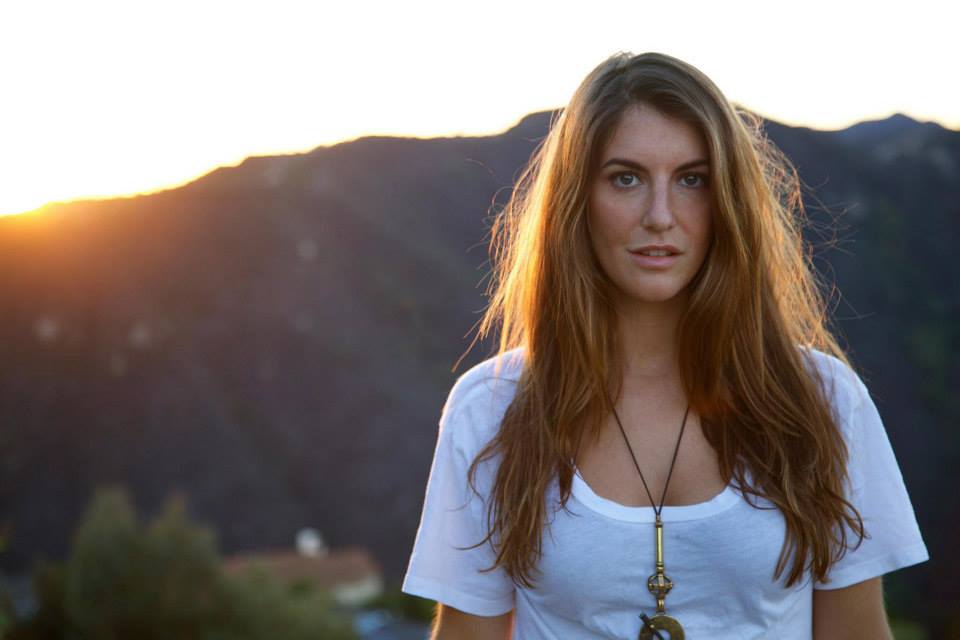 This brings me at long last to Casey Kalmenson, who I am not familiar with prior to being exposed to this little EP of hers. According to the biography provided on her website, she has been writing, playing and performing music for much of her entire life. Growing up in West Hollywood she was exposed to Broadway, the jazz greats and the Motown hitfactory. After graduating she studied music production, and learned to play the guitar and the piano. For one thing, you cannot say this girl isn’t dedicated to her craft – and it shows because these seven, self-penned songs display all her influences. If this EP hints at anything it is hopefully a fruitful and long career in music, be it writing and/or performing. I mostly hate popular music with a passion because of its dishonest, fabricated nature and greed-based façade. Casey K. I can get behind. She has that DIY and that “je m’en fous" mentality that is found more often in rock bands than popular artists. Prior to this EP she released an album called “Blue Girl” as well as doing guest vocals on the track ‘Cast Away’ by MC duo Scipio and TKO.

The most obvious thing is that Casey is more down with the traditional R&B direction than straight up pop or rock. Upon first glance (and listen) one can detect the ever-looming influence from Sade Abu and her band. The music leans on soft jazz overtones that channel “Come Away With Me” from Norah Jones, and Katie Melua’s “Piece By Piece” in other instances. Casey’s voice lies somewhere between Florence Welch (Florence + the Machine), Colbie Caillat and Sharleen Spiteri from Texas. “In Tine” is a cross-section sample of what is popular (and has always been popular, truthfully) being equal parts traditional R&B, light rock and soothing pop music. While it doesn’t bring anything new in terms of arrangements, the convincing and honest delivery and writing make these songs powerful in their simplicity. I get a distinct 90s feel from the most of these songs, so it’s hard to tell how the general public will react to this EP. One thing is certain, though – with the right amount of support, and touring exposure, Casey should be able to reach an even wider audience. At least I hope she does, because good pop music is hard to come by, certainly in this pre-fabricated, focus group-tested industry of ours. Hopefully this EP translates into chart success, or enough radio airplay – I’m not usually the person a toot anybody’s horn, but Casey K. deserves your attention!

‘Maureen’, the lead single and video track of this EP, has that “Mind, Body & Soul” vibe that Joss Stone had on that album, be it without the funky backing and sixties retro slant of The Roots. It has a clubby electronic beat as its back-up, and thankfully the track is entirely focused around the catchy chorus and Casey’s sultry vocals. This track should, in a right world, be appreciated by both a pop as well as a R&B audience. It has something to offer to both worlds. ‘Stay til Sunday’, if anything, reminded me of Shola Ama’s hit single ‘You Might Need Somebody’, mostly because both use the same synths and the basic rhythm is more or less the same. ‘Empty Pockets’ is acoustic guitar led, mostly similar to the Mike Batt written ‘Mockingbird Song’ from the first Katie Melua record on Dramatico Records. ‘Gold ‘n Bones’ has a very light country/pop influence, so this should appeal to people who like LeeAnn Rimes, Taylor Swift or any of the more recent country-pop starlets. ‘Down In Flames’ the most straightforward pop song with a catchy beat/chorus, and is ideal candidate for a second single.

The “In Tine EP” has a little something for everybody, and it is delivered on the smoothest, more pristine sounding platter pop-rock combo this side of Dido Armstrong,  Norah Jones or whoever is hot and relevant currently. Casey K. has it all: catchy melodies, good instrumentation, a sense of what works in the genre she’s writing in, personal but relatable lyrics about love, life and everyday frustrations – and she’s a looker too. I’m not sure what I want to do first…  Write her an email about how cool her new EP is, or dig up her home address so I can send her flowers and presents? In the rapidly changing pop-scene it’s good to have somebody like Casey K. A person that understands what makes the genre appealing, yet doesn’t fall for its most obvious trappings such as gimmickry and/or insulting the audience’s intelligence. Anyway, be sure to pick up this neat little EP if you can find it.