Few are going to doubt Erik Rutan’s dedication to the cause of death metal. He got his start in formative New Jersey death/thrash metal combo Ripping Corpse, joined Morbid Angel for the “Covenant” world tour and recorded “Domination” and later “Gateways to Annihilation” with them. More recently he helmed the second Warfather record “The Grey Eminence” in 2016 and Morbid Angel’s surprisingly solid “Kingdoms Disdained” a year after that in his Mana Recording Studios in St. Petersburg, Florida - the new haven for underground metal, foreign and domestic - in very much the same way Morrisound Recording was in the nineties. Rutan lives and breathes death metal and he has never written a lesser record with his Hate Eternal. While age hasn’t dulled Rutan or his band in the slightest, his writing has become infinitely more nuanced, especially in recent years. “Upon Desolate Sands” is everything that “Infernus” was but with far greater nuance.

“Fury & Flames” is a well-documented black page in the band’s history and it was marred by more than a peculiar and hostile reverb-laden production. As far as we’re concerned “I, Monarch” is the penultimate Hate Eternal recording followed closely by “Conquering the Throne”. “Upon Desolate Sands” is the sort of record that we’d usually like on principle alone. Yet, as much as we hate eternally to admit it, our reaction to it was lukewarm at best and completely indifferent at worst. Which is strange because Hate Eternal has a resumé that pretty much speaks for itself at this point. It wouldn’t be a Hate Eternal record if there weren’t the obligatory line-up shuffles. Apparently it’s impossible for Rutan to hold on to any drummer for any length of time. Chason Westmoreland didn’t last beyond the “Infernus” album and he was replaced by former Necrophagist and Obscura skinsman Hannes Grossmann, who’s also currently serving in German death metal outfit Alkaloid and Swiss death-doom combo Tryptikon. “Upon Desolate Sands” is very much a collaborative effort with J.J. Hrubovcak contributing as much as Rutan himself.

“Upon Desolate Sands”, the first of the third trilogy, sounds very different from any of this band’s prior records. ‘The Violent Fury’ delivers just that but what quickly becomes apparent is that Hate Eternal sounds far more controlled and stealthily melodic than any prior records. The overall pace is far lower too, something which tracks as ‘Nothingness Of Being’ and ‘Dark Age Of Ruin’ probably evince better than any other. ‘Portal Of Myriad’ on the other hand is vintage Hate Eternal with increased dissonance. The title track is bookended by hypnotizing wordless chants from one Małgorzata Gwóźdź and is reminiscent of ‘Coronach’ from “Fury & Flames” for exactly that reason. In keeping with recent traditions “Upon Desolate Sands” is concluded by an instrumental. More than any record before is Rutan’s latest offering rife with classic Morbid Angel influence and the blinding velocity that once was his calling card is used far more sparingly this time around. In a sense “Upon Desolate Sands” leans closer towards “I, Monarch” than it does to “King Of All Kings”. Since “Infernus” Rutan’s vocals aren’t as guttural as they once were and the soloing has become far more melodic and extensive than it was on any of the earlier records. Hrubovcak now has served longer than Jared Anderson and Randy Piro, individually and has been Rutan’s trusted songwriting partner as long as both of his predecessors combined. The drum position remains as volatile as ever whereas the Rutan-Hrubovcak axis proves ever fruitful.

Those hoping for a return to the low-end heaviness of “I, Monarch” will find the production on “Upon Desolate Sands” fittingly matter-of-fact, arid, and, well, dry. The clarity and texture from “Infernus” remain intact while it does not nearly have the low-end weight that served the productions on Warfather’s “The Grey Eminence” and Morbid Angel’s “Kingdoms Disdained” so well. Rutan was never kind to the bass guitar and its rubbery tone possesses all the clarity and definition you could possibly want but is entirely without heft or body otherwise. Over the years the drum production has underwent a few staggering transformations yet “Upon Desolate Sands” for the most part carries over the warm tones from “Infernus”. Build from the same template as its predecessor “Upon Desolate Sands” is more of a continuation instead of a progression from what “Infernus” did before it. Erik Rutan stays loyal to the slightly modernized sound that Hate Eternal adopted in recent years and like any other entry in his discography there are no real complaints to be leveled at it as such. Rutan is a respected and widely decorated death metal warrior for a good reason and “Upon Desolate Sands” caters to fans of his work in exactly the ways they want. While offering no shocking innovations it solidifies Hate Eternal’s well-deserved place among the death metal elite.

The third Hate Eternal trilogy puts the focus on ancient antiquity and historical subjects and it’s incredible how far Rutan’s writing has come since the releasing of the now-legendary “promo ’97 / Engulfed In Grief” split demo tape in 1997. On “Conquering the Throne” Hate Eternal sounded like the band Diabolic always wished it was, “King Of All Kings” is a death metal classic for a reason but it wouldn’t be until “I, Monarch” that Rutan’s writing showed some mention worthy individuality. “Fury & Flames” saw the band in a state of flux and temporary disarray after the untimely loss of Jared Anderson. We skipped over “Phoenix Amongst the Ashes” entirely and it wouldn’t be until 2015’s “Infernus” that we started paying to Rutan’s band once more. The only notable change is Eliran Kantor replacing Paul Romano on “Infernus’” as Hate Eternal’s resident cover artist but established bands on major labels are hardly the place to look for innovation in terms of visuals. Hate Eternal is the last band to accuse of fatigue of any kind but like the most recent Malevolent Creation album the formula is starting to show its rather evident limitations. “Upon Desolate Sands” is slower overall but Hate Eternal has lost none of its searing intensity. Things are looking up for Hate Eternal and this new trilogy might just be their most memorable. Time wil tell… 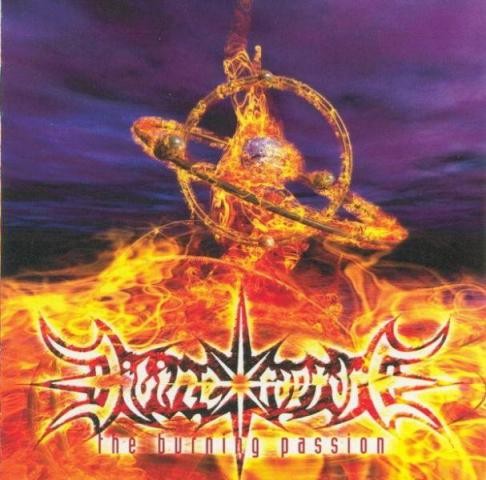 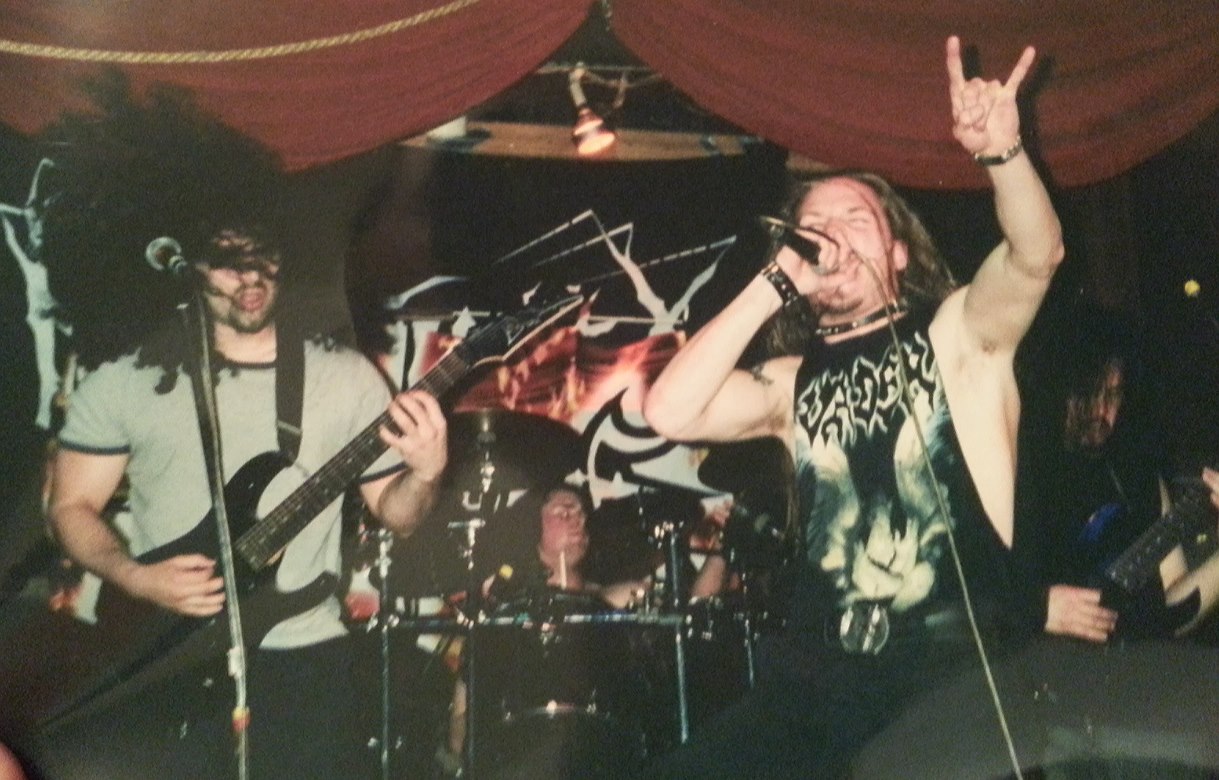 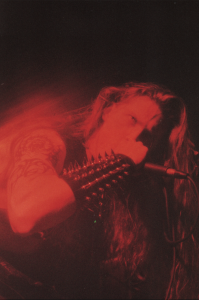