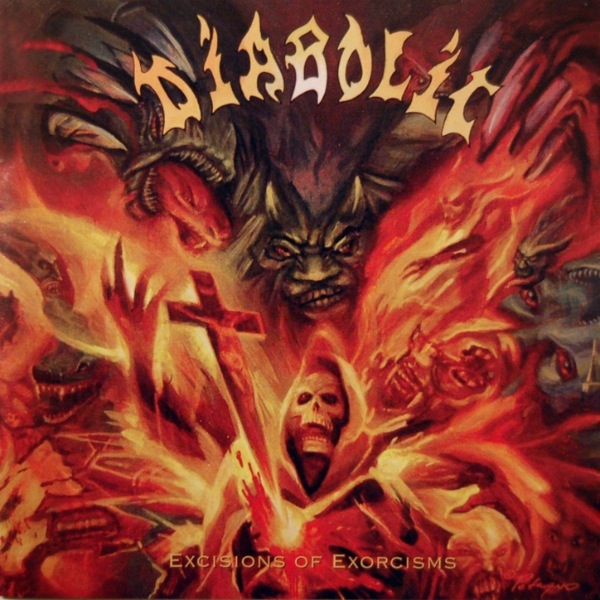 Seven years after the last Diabolic record the Tampa, Florida blast unit returned with what should have been the second Unholy Ghost album. With three quarters of the original Unholy Ghost line-up accounted for on “Excisions Of Exorcisms” it is a question of why this album sounds more generic and faceless than this band’s prime records. It seems as if the death metal world had passed Diabolic (and its assorted splinter projects) by in the years that they were inactive – and the band’s stubborn insistence on genre purity only pushes them further into irrelevance. What once was a mildly promising outfit is reduced to nothing more than a quickly overlooked footnote. Like the uninspired Joe Petagno painting that functions as its cover “Excisions Of Exorcisms” doesn’t so much break new ground as it stomps relentlessly on things it already did better many years before. This record shouldn’t been released under the Diabolic name. 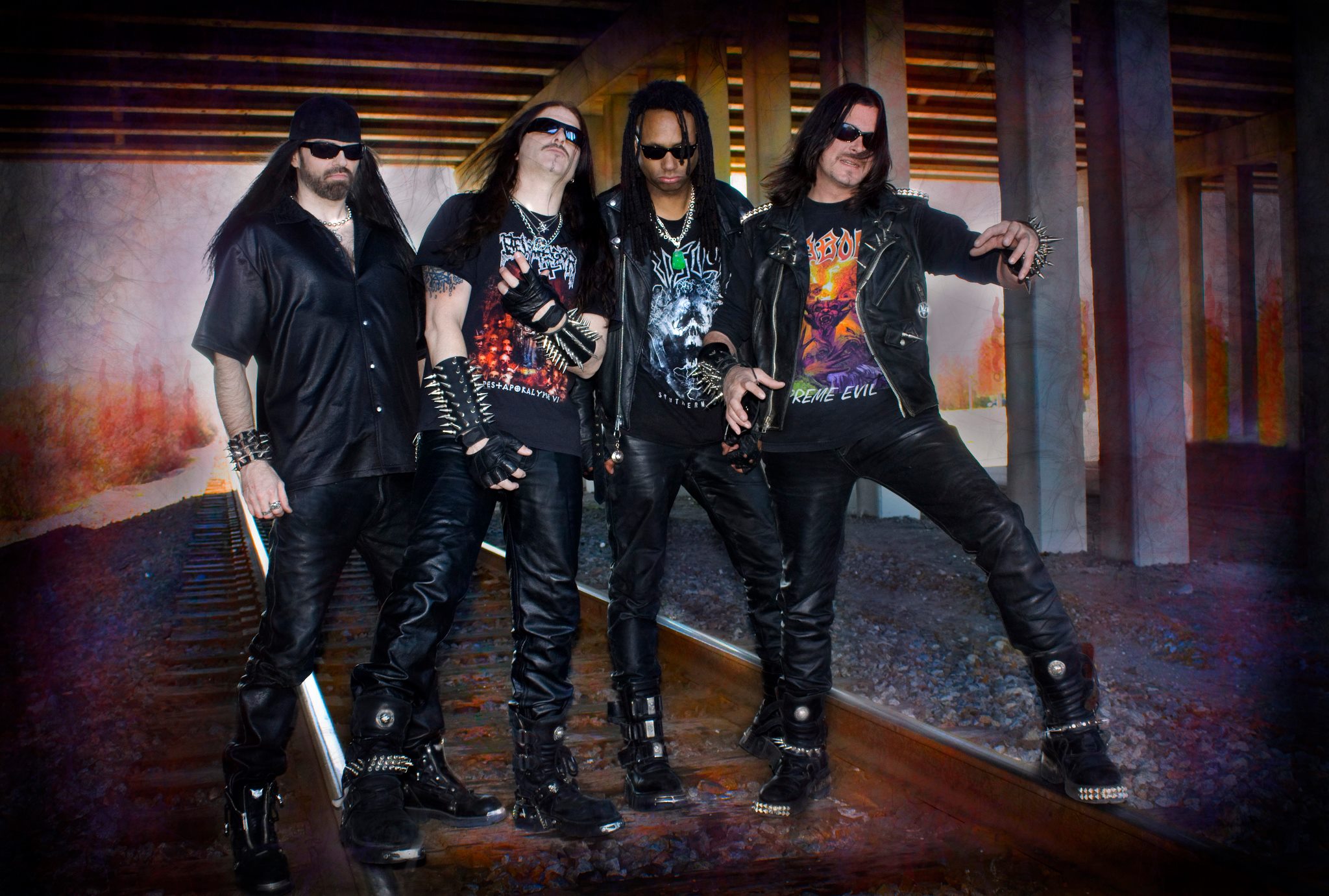 Once again co-founder/lead guitarist Brian Malone is absent, and it begs the question why this was released as a Diabolic album in the first place. Taken at facevalue, or considered as an Unholy Ghost release, “Excisions Of Exorcisms” is a futile attempt from a second-tier band to remain relevant. Excessive in its brutality and speed Diabolic is once again on autopilot, and churn out in what graciously can be called the spiritual successor to “Vengeance Ascending”. Whereas Unholy Ghost used reject Diabolic riffs and song construction, this Diabolic (not really, but that’s a different discussion) uses reject Unholy Ghost riffs and song construction. Yes, this sounds exactly as the metaphor implies. Where “Vengeance Ascending” had the dignity of having Malone on board, this record has neither him nor long-time contributor Jerry Mortellaro – resulting in what can be mildly called a disappointment considering the experience of its membership. If nothing else it seems that the band here tried its hardest to copy what little magic they had in their original run, and in doing so rob the record of its spirit. Just looking at this record exudes the sort of familiarity that breeds the blackest of contempt. Every single thing Diabolic used in their original run has been soullessly copied and repurposed.

Culling from all three classic albums that preceded “Excisions Of Exorcisms” is a desperate bid to appeal to the nostalgia factor that has now befell the band. Since the last Diabolic album a lot has changed in the world of death metal, but going by the sound of this album apparently these Tampa residents are oblivious to the obvious. It still very much sounds like Diabolic, or Unholy Ghost – but neither in its prime. The album starts off with a schmaltzy “spooky” intro that very much tries to imitate the band’s first album “Supreme Evil”. Once the intro segues into the title track and from the onset it is rather obvious that this Diabolic is familiar but not exactly on the compositional level that we’ve grown accustomed to over the years. With the absence of Brian Malone comes the lack of pure death metal riffing, and “Excisions Of Exorcisms” is far more thrashy in that regard. Morbid Angel is still the major source of inspiration, but the record is more based in “Altars Of Madness” than, say, “Blessed Are the Sick” or “Covenant”. The chord progressions, riff placement and song structures are more thrashy in comparison to the three classic albums, and the compositional simplicity of “Supreme Evil” is combined with the directness and lack of ornamental grace that defined “Vengeance Ascending”.

The lead – and solo sections are the highlight in this barrage of stock blasts and growls. Guitarist duo Kelly McLauchlin and Jeff Parrish offer up some veritably exciting lead trade-offs, and both clearly have a very individual style of solo’ing. But this alone is not able to redeem this album from its generic songwriting choices and stock performances from the other members. Paul Ouellette (vocals, bass guitar) never was the greatest singer to begin with, but at least here he offers up a passionate, and very much early David Vincent inspired performance. Ouellette’s rasps and barks recall Morbid Angel’s seminal “Altars Of Madness” in terms of intensity and speed. Aantar Lee Coates (drums) is his usual self, and despite the years that have passed since his last label sanctioned outing there is very little evolution in his playing. There was a certain complexity about “Torrential Reign” that is absent here, and as a Diabolic record it spents a too much of its running time reminding us what Diabolic was about, instead of actually being Diabolic. It sounds as if the band realized they were no longer relevant, and thus decided to call upon the listeners’ nostalgia in order to remain appealing. “Excisions Of Exorcism” fails to recapture the magic of the preceding records, and offers nothing exciting in return.

The problem isn’t so much that the band isn’t trying, but that it appears to exist in a creative stasis. The presence of McLauchlin should, theoretically, have led to better riffs and overall song construction. Yet this is Diabolic, and not McLauchlin’s own Pessimist although McLauchlin shares writing credits on all songs, Coates’ creative marks are all over these daft cuts. ‘Entombed’ and ‘Evil In Disguise’ were written by McLauchlin, ‘Fragmented Kreation’ was written by Parrish and ‘Bloodwashed’ was written by Coates. The remainder of the songs were all co-written by these men. Making a serviceable debut here is the late Jeff Parrish, who seemed to be a fitting replacement for the absent Jerry Mortellaro as his riffing style is quite similar, but not quite on the same level. As in the past the lyrics are the usual incoherent Satanic praise, individualism, violence and self-empowerment gibberish mixed with the strangely socio-political themed ‘Evil In Disguise’, which is a red blooded patriotic hymn leveled against the perpetrators of the 9/11 attacks. The track even namechecks the “Supreme Evil” song ‘Ancient Hatred’ in its lyrics. The lyrics aren’t particularly good, or worth remembering – but in general they are a lot better than most underground slam death metal – or most deathcore bands. Also accounted is the typical atmospheric interlude, on this album being the closer track ‘Infernal Darkness’, which was written by producer Juan ‘Punchy’ Gonzalez, and it very much is reminiscent of ‘The Inevitable’ from “Vengeance Ascending” and ‘The Apparition’ from Unholy Ghost’s sole album “Torrential Reign”. Despite the line-up differences and lesser quality material this should have, by all accounts, been an Unholy Ghost product as the links to classic era Diabolic are tangential at the very best. 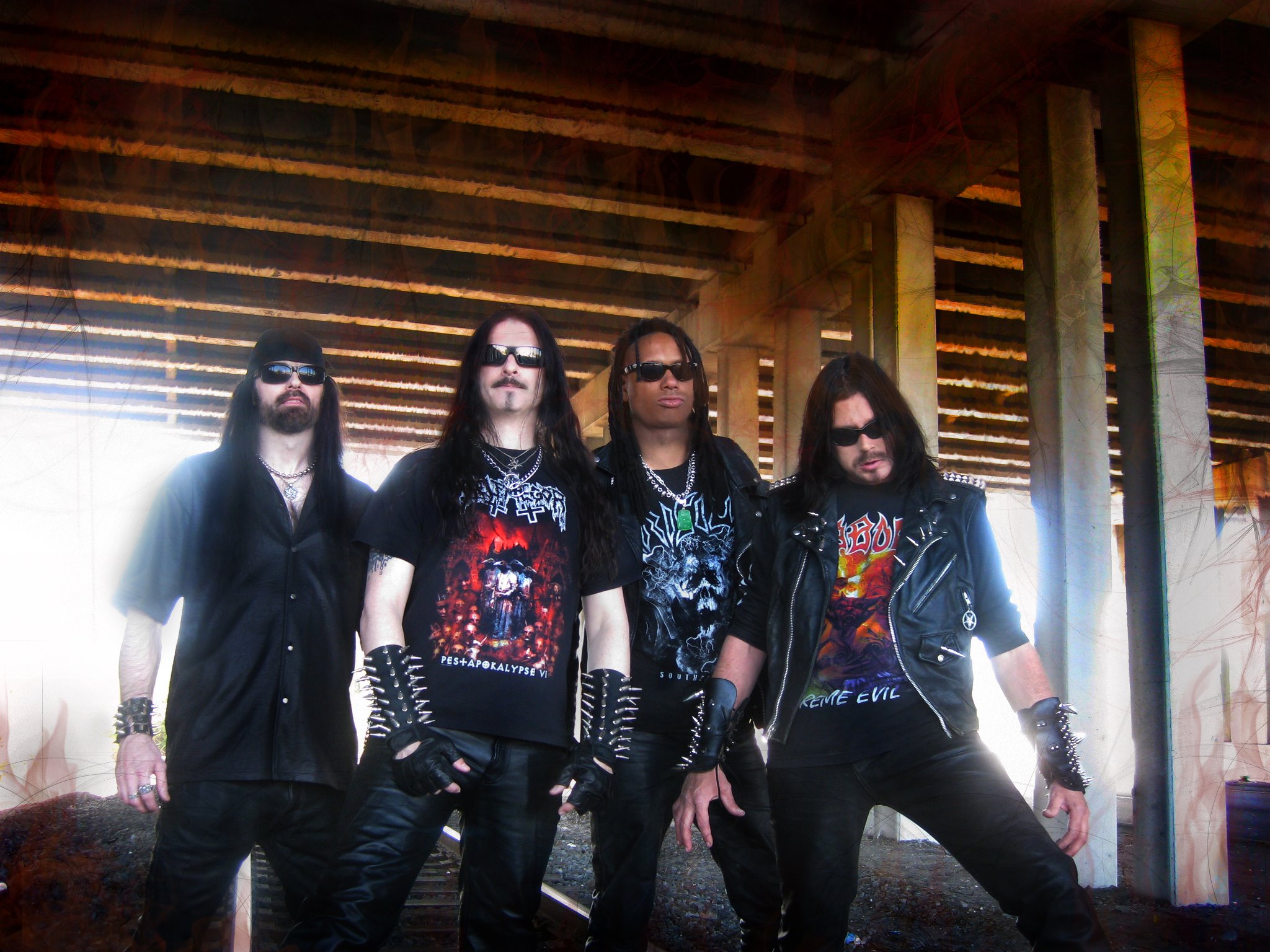 Given the gaps of inactivity, bad luck and continual line-up problems it remains doubtful whether Diabolic will once again rise to the level of underground prominence they once held. Since the release of the album the band has parted ways (once again) with Ouellette and McLauchlin. In February 2013 lead guitarist Jeff Parrish passed away due to a heart attack, and it appears that Diabolic has a hard time holding on to a fully functional line-up. As such they will probably never be able to secure high-profile tours like they did in the band’s heyday in the early 2000s. The album does what it sets out to do, but like the band’s past prime material it is never exceptional except in its adherence to traditional genre tropes and conventions. The production is probably the best the band has experienced, but it cannot redeem the album in any meaningful way. Like the Joe Petagno artwork that serves as its front, it is merely a reminder of what once was the most promising death metal outfit in the Florida region. “Excisions Of Exorcisms” is an unremarkable return from a band that never was really special to begin with.