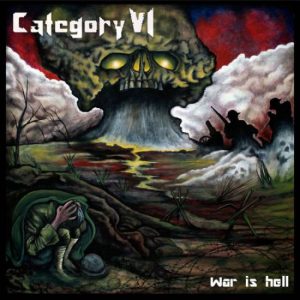 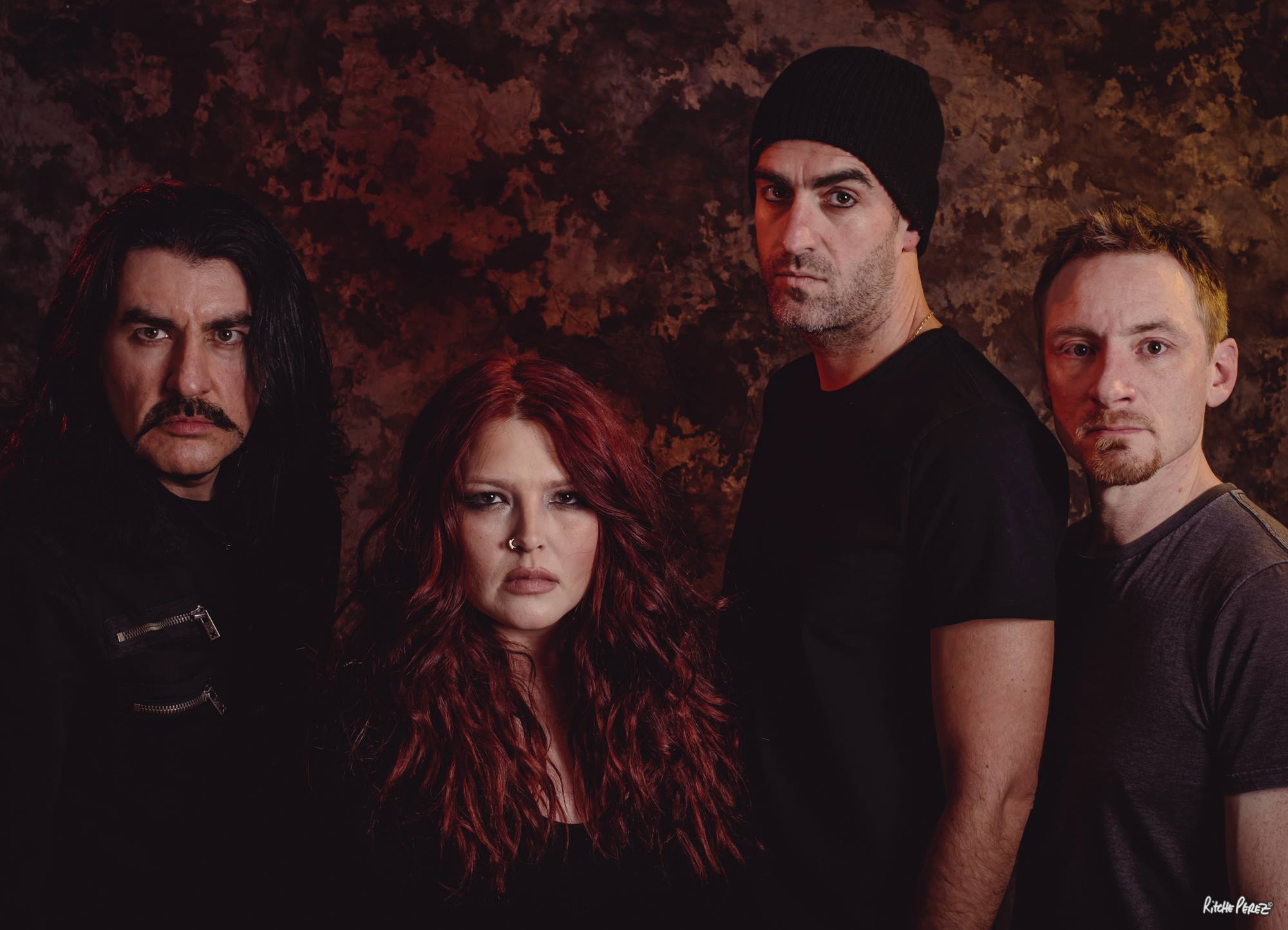 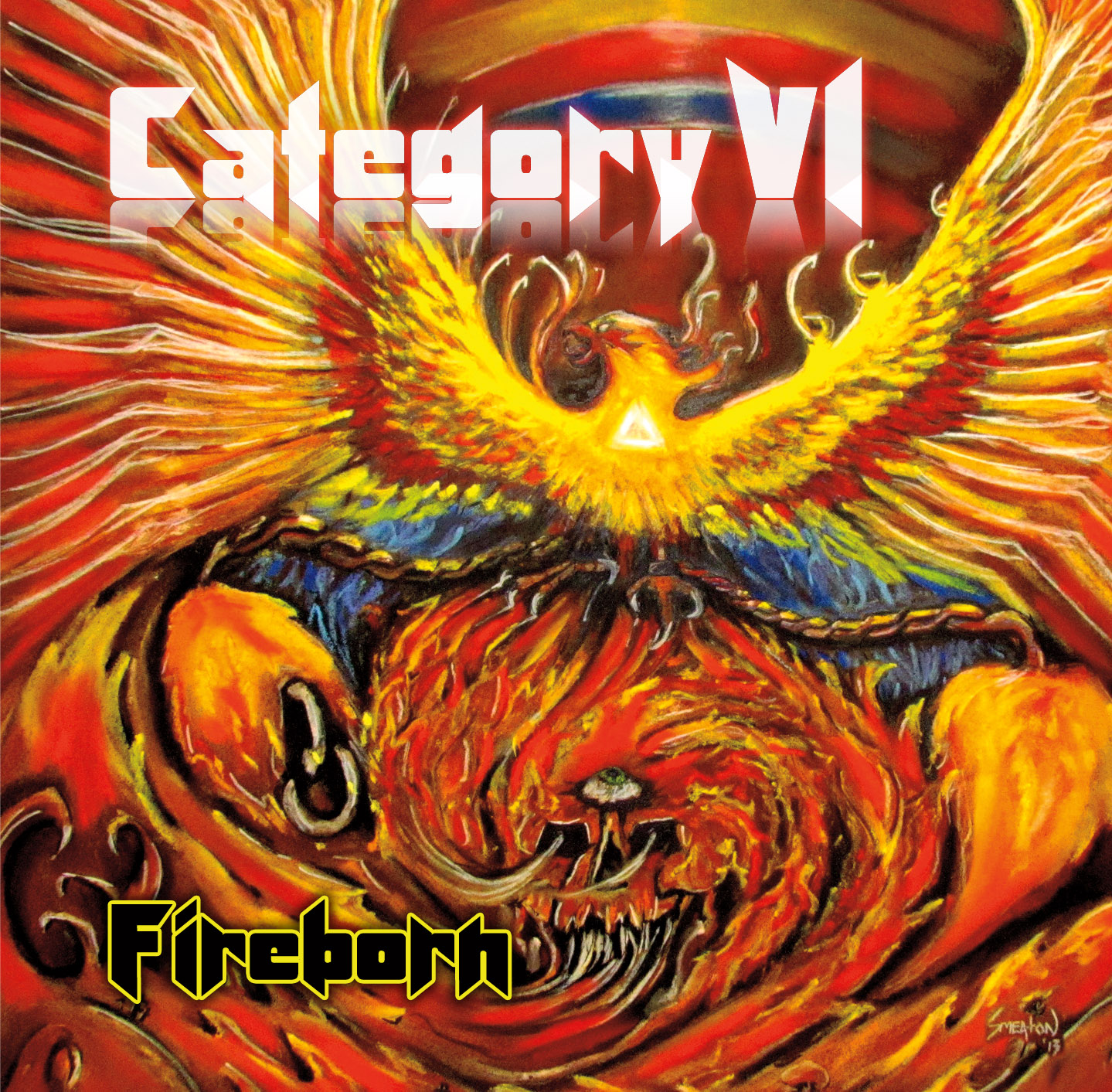 On its independently released debut album Category VI, Newfoundland’s only female-fronted traditional metal combo, are on the verge of unlocking their blooming potential as a veritable creative force. Built upon the foundation of electrifying traditional metal with a dash of rugged thrash – and technical chops “Fireborn” oozes with old school charm, and proves conclusively that female vocals can be an asset when used properly. Even though it hardly reinvents its genre of choice, its proclitivity towards genre purity and traditionalism make it a record worth hearing. There’s definitely room for improvement on a few minor issues, but overall it is one of the more promising debuts. On the basis of the independently released “Fireborn” and its tireless DIY promotion campaign Category VI recently signed with German label imprint Killer Metal Records. 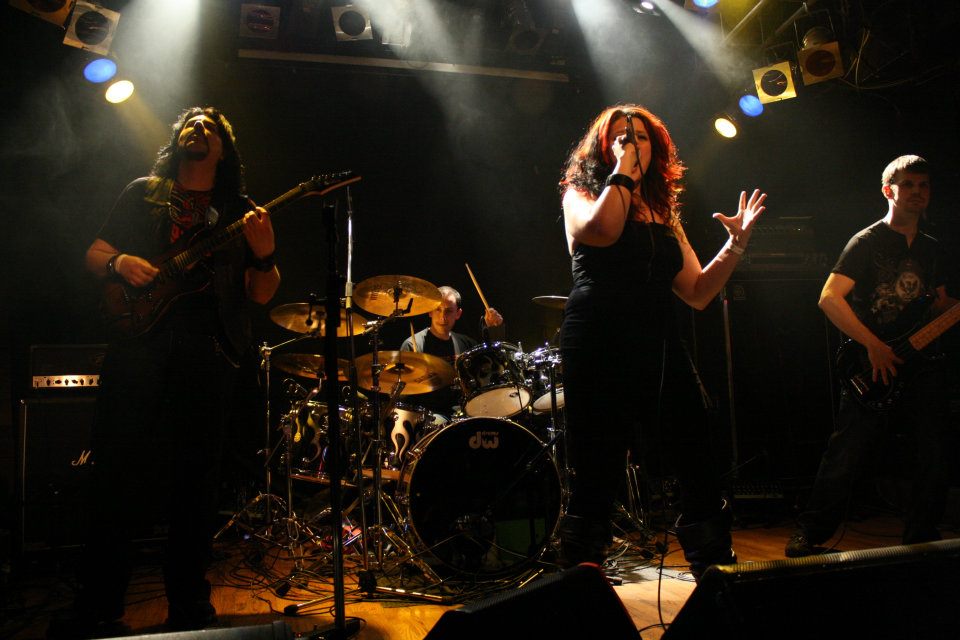 While Canada has always been a good provider of extreme metal, it is the country’s underground that outshines its established and more mainstream brands. From the once-relevant Kataklysm, the everchanging Neuraxis to the notoriously inconsistent Cryptopsy to name a few of the most established outfits, the Great White North has a pedigree in all branches of metal. A fairly new addition to the traditional metal pantheon is St. Johns, Newfoundland-based Category VI. Like the phoenix amongst the flames on its cover, Category VI rises among the crop of forgettable retro metal acts as a signpost of hope in a genre that is now rapidly becoming saturated by mediocrity and shortsighted hero-worship. “Fireborn” is a breath of fresh air in the increasingly stale growing traditional metal scene.  Along with Crucifliction and Ironstorm they are among the most conceptually realized of the current crop of retro metal acts in the region.

According to the bio on the band’s website they are the only traditional metal and female-fronted outfit of the city. The band is fronted by auburn haired songstress Amanda Marie Gosse (vocals), although the true creative force is guitarist Geoff Waye who co-wrote all the material with valuable input from the rest of the band. All the bass guitar parts were written and recorded by Tristan Adey, who Keith Jackman (who appears in all the promo shots, and subsequent music videos) went on to replace post-recording.

Gosse has a considerable range, and sings with as much power as the late Ronnie James Dio, and Bruce Dickinson. Especially her higher register wails are the best she has in her arsenal. There’s a prominent place for the bass guitar in both the music and the production, and the funky licks add a lot of character to the rather typical sounding riffs and chord progressions. Category VI is at its best when it steps out of the expected traditional metal conventions, and truly shows where its passion lies. Most of the album remains in a steady midpace with occassional faster and slower tempos to keep the songs dynamically varied. It would be interesting to hear Category VI tackle faster material, especially since “Fireborn” doesn’t contain a ‘Run To the Hills’ to speak of. It’s fairly obvious that UK stalwarts Iron Maiden (especially the 80s output up to and including “Powerslave”) is the main influence, although the band will occassionally venture into more adventurous and technical territory. The throbbing bass guitar licks excellently play off the well-realized guitar riffs and solos. One can only hope to Category VI will expand on this in future recordings because this is where its strenghts lie.

The songs deal with a variety of subjects. ‘Vinland’ is about the discovery of Canada by Leif Erikson as told in the Icelandic Sagas. ‘The Raven’ and ‘Fireborn’ are about determination, self-reliance and overcoming strife and adversity. ‘Real Lies’ and ‘Silence Befalls the Crowd’ are about questioning authority and the influence of the media. Some of the longer songs tend to plod on without much of a payoff. While the band clearly grasp the traditional and NWOBHM concept, a good deal of the songs lack that spark to truly set them apart from the many competitors in this field. That defect is thankfully complemented by the strong atmospheric – and technical sections that occur through out many of the songs. All three tracks of the “Vinland” EP from 2011 were re-recorded for this session making it a complete package. While there are no weak songs to speak of, the record does seem to miss a signature song or two, as each of the songs is strong – but none of them really stand out in any meaningful way. The closest to signature tracks are possibly ‘The Raven’ and ‘Reborn’ as the former is the most dynamical song on the album, and the latter the most aggressive. ‘Reborn’ was also the subject of a promotional video clip which the band used to further promote the album post-release, as was ‘Silence Befalls the Crowd’ in a much later stage of the album’s promotional cycle. A case could be made for ‘Descent Of the King’ as a stand out track but it arrives near the end of the album.

“Fireborn” was engineered and mixed by Rick Hollett. The drums were recorded at Stagehouse Recording in St. Phillips, while the vocals were laid down at Redhouse Recording in St. Johns. The elaborate cover painting was rendered by Jeremy Smeaton. One can only hope that Category VI continues to hone its organically sounding production on the next record, and maybe commission a painting by Andreas Marschall, Jean Pascal Fournier, or Jowita Kamińska. There’s a definite potential for greatness here as Category VI eschews the genre’s usual tenets for bombast and cheesiness. The record by no means reinvents the traditional metal genre, but within the strict perimeters it sets for itself it is a wonderful genre exercise. It is also completely bereft of any pretentiousness, or delusions of grandeur. Unlike the Hammerfalls and Rhapsodys of this world the band doesn’t lose itself in pompousness and excess. Sidestepping that obvious rake there’s a blue-collar appeal about the record that a lot of the established and professional bands in this genre have lost over time. Only time will tell whether Category VI will be able to live up to the promise they are on the verge of unlocking here…