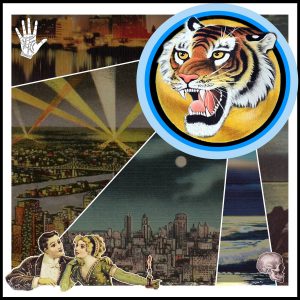 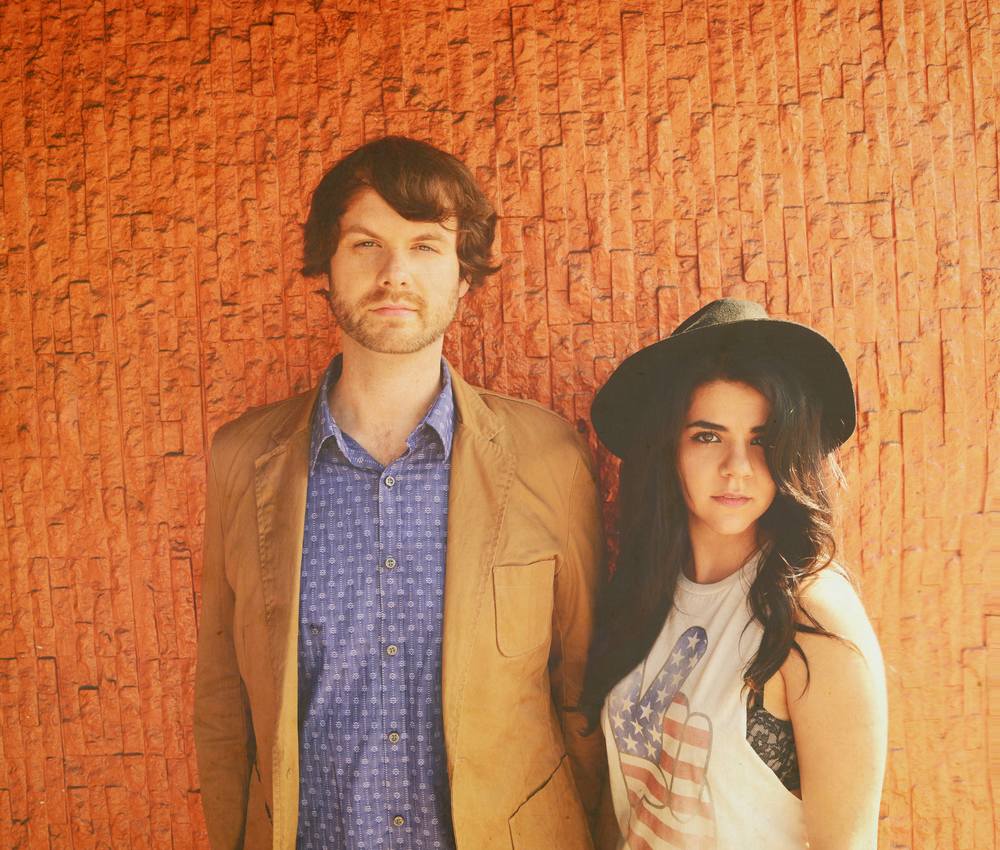 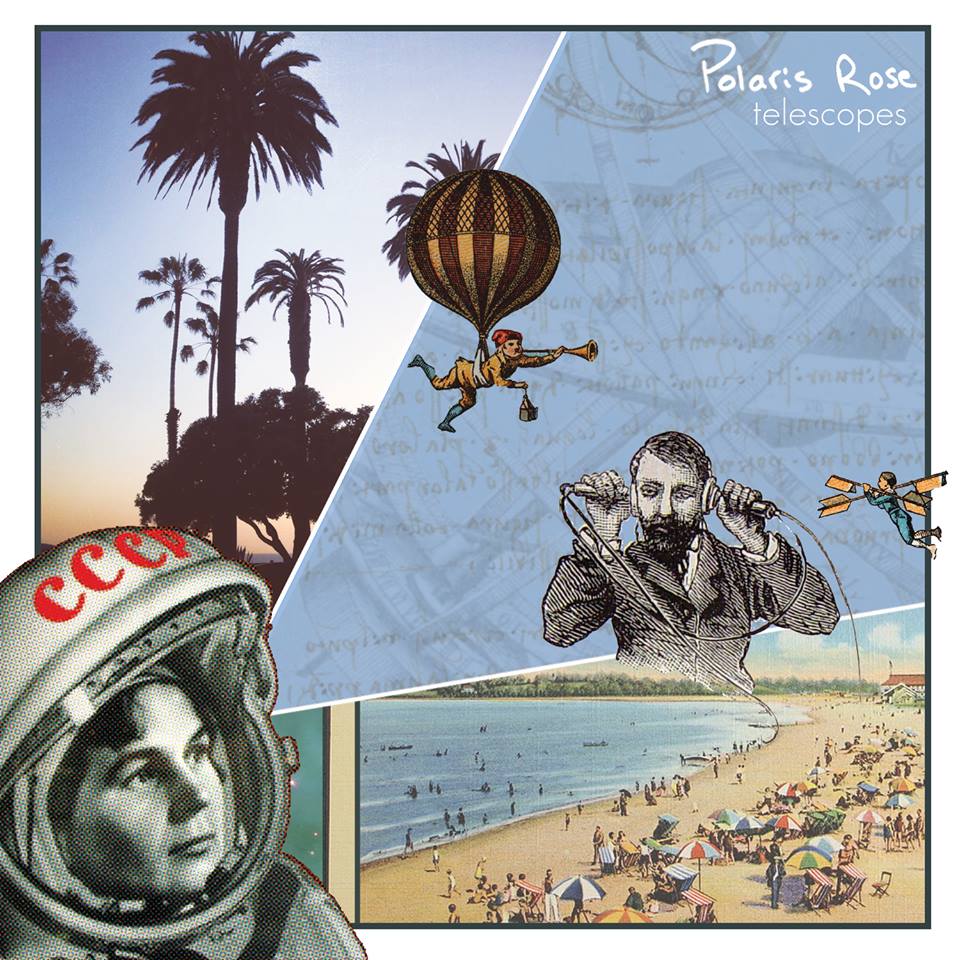 Los Angeles pop duo Polaris Rose set the world alight earlier in the year with the exciting “Ocean Songs” EP. “Telescopes”, the duo’s long-awaited full length effort, finally arrives after the advance single ‘Perfect View’. The album picks up where “Ocean Songs” left off, while keeping its established elements in place. “Telescopes” further refines the fragile beach pop/rock sound they did so well on the earlier EP, but is less overly rock-oriented and more breezy in comparison to its very promising direct predecessor.

‘Perfect View’, the heart-stopping lead single for the record, like most of the songs on the album, puts a greater emphasis on stirring vocal harmonies than the dueting of the earlier EP. Even though the record itself is less hook-oriented there’s a great presence of guitar melodies and acrobatics. The melody in ‘Radio XYZ’ is one of the best the duo has written to date. Notable is that Madelynn’s bass guitar has lost in prominence in favor of a more breezy sound that focuses on guitar melodies, and Peter Anthony’s vocals. Likewise, Elyse’s vocal presence, at least in terms of sheer volume, seems to be dialed down. Thankfully her full bass guitar tone remains intact. ‘Cityscapes’ is custodian to an electrifying (and unexpected) set of guitar solos that wouldn’t feel out of place on a full-blown rock record. As light and breezy as “Telescopes” tends to get it never falls into the kind of vapidity of mainstream popular music, neither sounds it as manufactured.

As was the case with the earlier release of the duo it’s hard not to get swept away in visions of sunshine, beaches and the laidback lifestyle where California is sometimes associated with. Polaris Rose exudes its home region without specifically emphasizing it in its music. It wouldn’t take a stretch of the imagination to eventually hear the band integrate ska elements at one point or the other. A recurring topic in the band’s music is its love for oceans, and coastlines. The lyrics, the scourge of popular music at large, deal with the expected subjects of love, emotions, the carefreeness of youth, and infatuation but avoid the syrupy saccharinity one would usually associate with the pop genre. In a lot of ways Polaris Rose use simple melodies in the way Coldplay did on its early records. Simplicity is, above all else, Polaris Rose most identifiable strength. Even though “Telescopes” has more electronic enhancements catchy pop/rock songs are still what the band is all about. The light electronics are purely cosmetic, and supportive.

The harmonies, and vocal lines have grown in leaps and bounds, even if they come at the expense of Elyse’s presence. It would be interesting to hear Polaris Rose with Elyse in the lead vocal slot, or to just have a few more songs where her vocal presence is more of the focal point. ‘Kiss Me, Icarus’ and ‘A Diamond In the Sunset’ do just that, and the results are expectedly wonderful. While the band is squarely on the lighter end of the pop/rock spectrum “Telescopes” doesn’t have a ballad (or even a power ballad) to speak of, although several songs have sections that would quality under those criterions. In comparison to its immediate predecessor the only track that remotely breaks from tradition is ‘Set Me On Fire’ which opens with a trudging, almost Black Sabbath-like main riff and melody. Sprinkled through out the record are the type of guitar melodies that can be heard on any of the latter-day Red Hot Chili Peppers albums. The majority of the record however breathes the Californian spirit from its every pore. 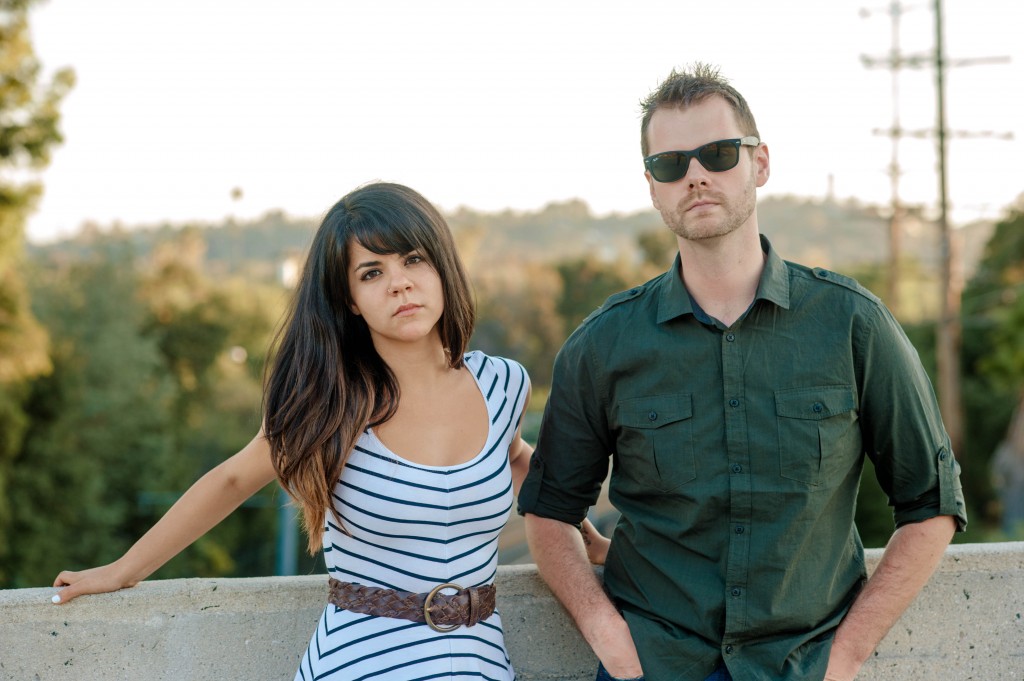 “Telescopes” is lighter in its writing, and the tempo remains in a steady midpace. The alternative rock influence that was present on “Ocean Songs” has been excised for an altogether lighter guitar-oriented pop variant that is equally as powerful. None of the songs are built around specific hooks, but each has a recognizable chorus or melody. Each of the songs usually contain one or two breaks that either emphasize the song’s melody or its chorus. Avoiding the usual saccharinity and vapidness of mainstream popular music Polaris Rose is the perfect piece of music to kick off your weekend. To give the album the required push two singles were released with ‘Perfect View’ and ‘Cityscapes’, for both cuts music videos were produced/shot. In all “Telescopes” combines the breeziness of pop with the crunch of a California rock band, the fact that it is just slightly more alternative (or sub-pop, if you will) makes it all the more appealing.