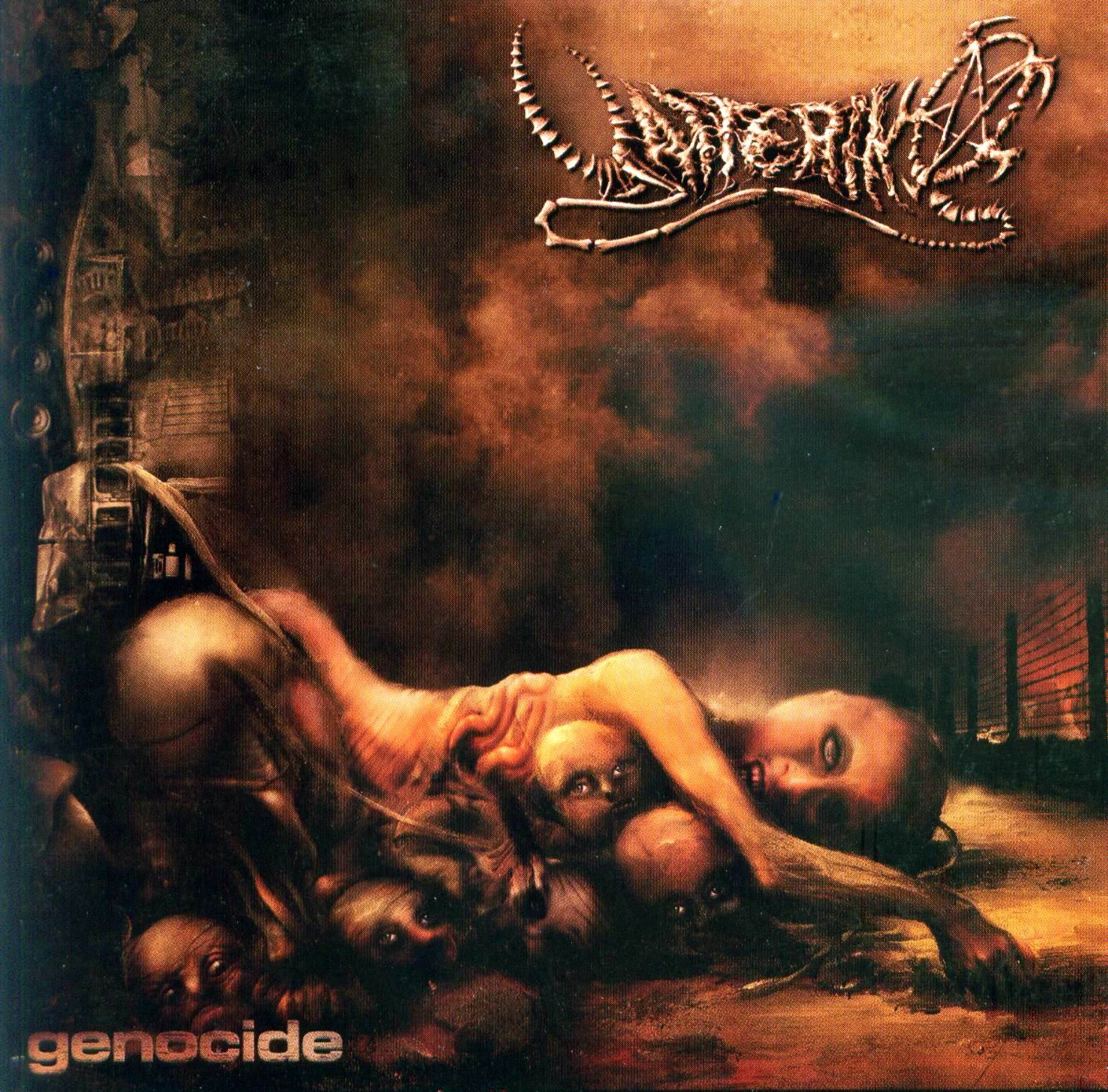 When “Genocide” hit the marketplace the Polish death metal scene was well established, and internationally known for its craftsmanship and impressive technicality. Yattering, the band to name itself after a demon from a Clive Barker novel, had always been a tad different than most. While more conventional and straightforward than its preceding two releases the band’s final recording, the aptly named “Genocide”, was an effective semi-conceptual album marred by cosmetic shortcomings and a few lunkheaded decisions on part of the band. In the decade that Yattering were active, from 1996 to 2006, they released three death metal albums, of which “Genocide” is the third. The interesting serial killer narrative is made ineffectual by abysmal linguistic shortcomings, and a native English label that apparently didn’t care enough to correct any of it.

It was the first and only on the Candlelight Records imprint, which usually specialized in black metal - and the most bass-heavy and drum-centric of all three Yattering albums. “Genocide” is a good album blemished by an unflattering yet very crunchy production, and some puzzling creative choices. For example the title track ‘Genocide’ is little more than a segue which could have easily been integrated into one of the actual songs, and what purpose ‘Message to M.A.R.I.O.’ is supposed to serve remains a mystery. ‘Non Typical Homo’ briefly reprises the central ‘Genocide’ riff construction, but does nothing of note with it. ‘Non Adapted Socially’ has maniacal laughing and an insult thrown at the expense of one Mario, probably an indirect callback to the earlier ‘Messsage to M.A.R.I.O.’ In retrospect this is juvenile when you consider that the band had some business – and personal conflicts with the strong-willed Mariusz Kmiolek, Vader manager and CEO for booking agency Massive Music, with whom the band briefly worked. That Kmiolek is also slandered in the thank lists makes the whole even more tedious and childish. Conflict can be a great source for inspiration and creativity, but this is a farcry from the way Fear Factory handled its troubled working relations on the serviceable “Archetype”.

Even though “Genocide” is the most conventional and elegant of all three Yattering albums, it is far more creative and daring than many of the established bands of the time. It occasionally ventures into quirky territory through its use of samples and effects, and that is detrimental to its overall effectiveness. On the whole it is a commendable exercise in technical death metal that never forgets to stay groovy. No matter how strong or visceral its impact might be, the album moves in two directions at once. It tones down the chaotic and unhinged songstructures in favor of more traditional and straightforward songcraft, but the playing is some of the most technical and demanding Yattering would ever commit to tape. The conflicting objectives in the writing and playing blight the effect of what by all accounts should have been the band’s breakthrough record. Why opt for more structured and groove-filled compositions while playing the most technically demanding and difficult material through out? It is a confusing creative choice, and it is not very surprising that the band fell in disrepair after the lukewarm reception the record received. Not even the decidedly good-looking promotional video for ‘Panic In the Sea Of Blood’ could help boost the record’s sales.

There’s more that keeps Yattering from reaching greatness and unlocking their full potential as a band. The booklet includes lyrics and production notes, all of which are riddled with spelling – and grammatical errors. Candlelight, in its benevolent wisdom and being native English speakers, apparently didn’t care enough to correct any of these, or to have a staff member proofread and bring them to the band’s attention. The liner notes especially suffer in that regard as they struggle to summarize and explain the heart of the band’s serial murder concept, and fail miserably because of the poor linguistic skill on display. The fact that the band go out of their way to clarify that they had assistance in that department makes it even more embarrassing. These aren’t the liner notes you’d expect in the average Behemoth or Nile record, but many of the explanations border on the unreadable, and only serve to confuse the listener even further. Apparently there’s supposed to be some kind of narrative flow to these songs, but the band’s precarious grasp of the English language makes it hard to bother with. Some of the lyrics were written by Świerczyński, but nearly half of the record has input by other writers from within the band’s entourage. Had the linguistic side been handled more gracefully the band would have been able to measure itself with its properly budgeted peers. Vader was able to overcome its linguistic shortcomings, so there’s no excuse.

For the third and final time the band convened at Red Studio in Gdańsk, Poland with producer Piotr Łukaszewski. There’s a level of clarity to “Genocide” that “Murder’s Concept” missed, but both records share the same crunch. As this was Yattering’s most bass – and drum-centric record it is no surprise that both instruments feature prominently in the mix. The guitar tone is as concrete as it has ever been, and the vocals remain as percussive and dense as before. The artwork by Krzystof Iwin upholds the homicidal infant themes of the previous record (and the companion live DVD “Creative Chaos”). For the first time every little detail that drummer Marcin "Ząbek" Gołębiewski puts in can be clearly heard. The vocals by bass guitarist Marcin "Śvierszcz" Świerczyński sound better than before even though he isn’t the most amazing voice in death metal to begin with. “Genocide” is a record of compromises, most of which end up working in favor of the band. It’s the odd quirks that end up taking down this formidable album somewhat. As one of the more technical and quirky Polish death metal bands Yattering’s three-album run is testament to a band not willing to compromise its vision for anything or anyone. That its perseverance and persistence didn’t translate in success (artistic, commercial or otherwise) only serves to remind that it isn’t necessarily the established bands that deliver genuine quality, but very often the overlooked ones.

After the dissolution of Yattering in 2006 the majority of its members moved on to new projects and bands. Mariusz "Trufel" Domaradzki (guitars) went on to form death metal outfit Masachist in 2005 along with former Decapitated frontman Wojciech “Sauron” Wąsowicz. Marcin "Ząbek" Gołębiewski (drums) enrolled in Anti-Motivational Syndrome, a rock band. Concluding, vocalist/bass guitarist Marcin "Śvierszcz" Świerczyński went on to front Ogotay, a Gdańsk-based death metal unit featuring members from long-running genre pillars such as Mess Age and Pandemonium, in 2011. Only second guitarist Marek "Hudy" Chudzikiewicz seems to have not resurfaced in a new project in the subsequent years. Of these projects Masachist has enjoyed moderate success in Europe, while Otogay seems to be on the way up as well.