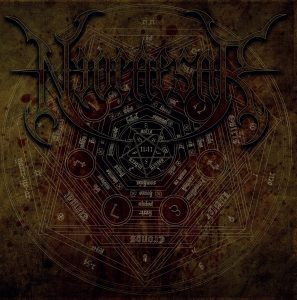 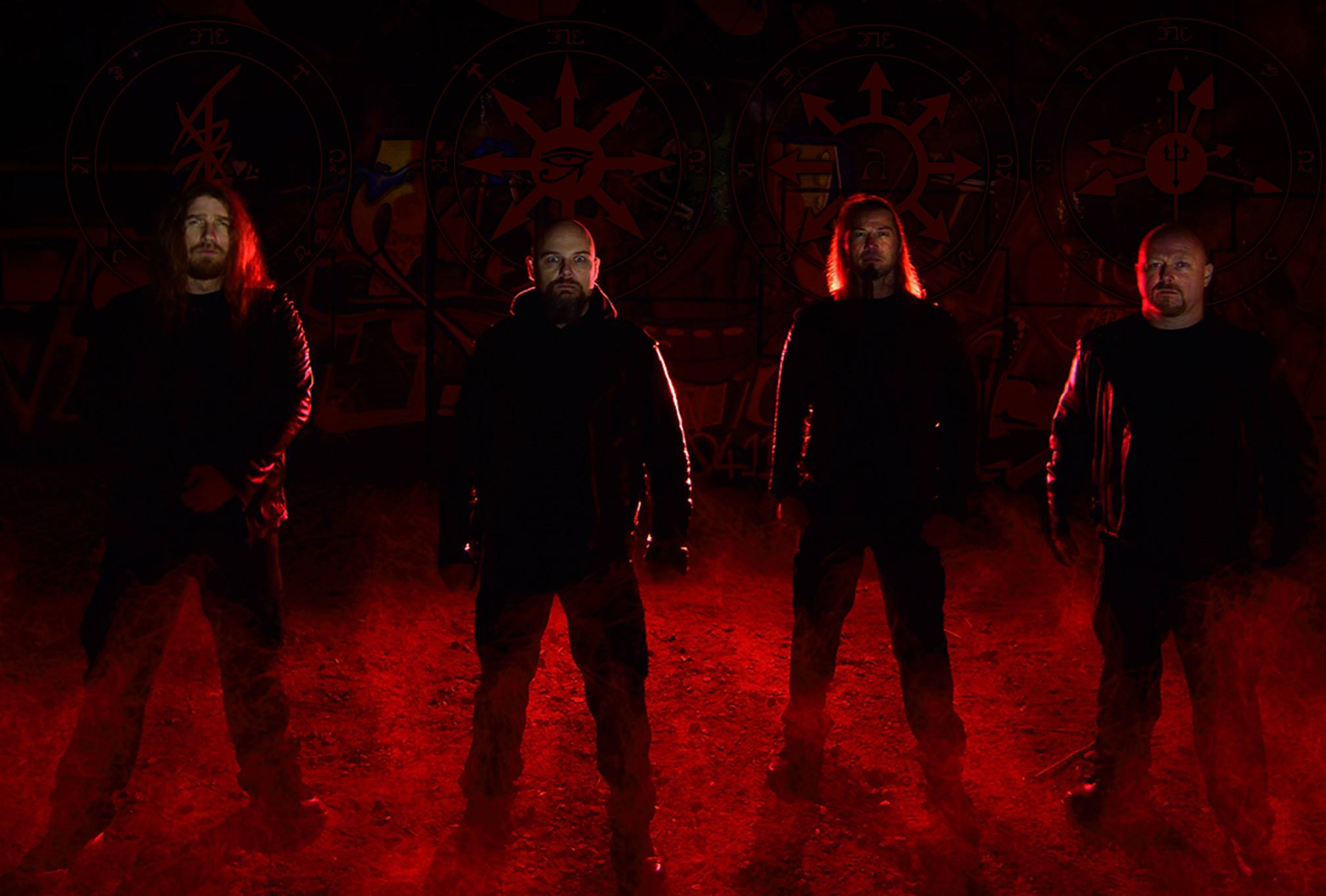 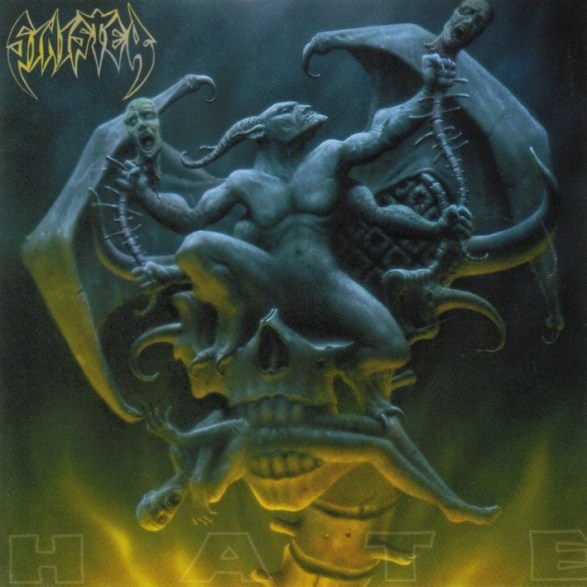 “Hate” is Sinister’s ultimate statement, it is the band’s most conceptually complete, musically savage and their most technically refined album. Mike van Mastrigt delivers his most spirited vocal performance, Bart van Wallenberg shines on both guitars and bass guitar, while Aad Kloosterwaard hammers out what is by all means his most diverse and utterly pummeling work behind the drum kit. André Tolhuizen had exited band prior to these sessions. Bart Van Wallenberg thus became the main songwriter along with Aad Kloosterwaard (drums). This is the start of the second era of Sinister’s first period, and the first record to signal a major line-up change in terms of writing and overall construction. On this record Sinister starts to live up to its chosen moniker, as “Hate” does indeed sounds hateful, dark and broodingly atmospheric in equal measure.

What immediately stands out about this album, in comparison to the two records that preceded it, is how controlled and perfectly dosed everything is. “Hate” is still completely over-the-top in its wall-to-wall brutality, and the unhinged song structures of old remain intact and unscathed – but the whole is more controlled, better paced and just fine-tuned on all major aspects. In all its somewhat slower compared to “Diabolical Summoning”, but the fast parts are faster than anything the band had done prior. Van Wallenberg also appears to be a more technically proficient player than Tolhuizen, as the riff – and song contruction have leveled up in terms of technicality. The hateful riffs are denser, while retaining Sinister’s patented crawling melodies, and the drumming has become more involved and demanding. There are keyboards and synthesizers used sparingly to add atmospheric flavors, van Mastrigt uses spooky whispers every once in a while that add a lot to the intended horror character.

The album starts off with the slightly demented sounding but ultimately pointless ‘Intro’. ‘Awaiting the Absu’ is the first real cut of the album.  As an opener it is all you could ask for. A blast and bass guitar break follow each other in rapid succession, and not until the track goes into midpace does it truly reveal its strength. Van Wallenberg’s transition to both string instruments appears seamless, as this is the most complex and technical the band had ever sounded. The more technical playing also translates into more layered, and complex song structures. “Hate” is a step forward on all fronts for a band mostly respected for its directness and reliance on brutality. “Hate” is a game changer. The writing is as smart as it is deceptive. On the surface it appears to be a fast album, but these fast sections are surrounded by large swaths of a dirgey midpace that was the bread-and-butter of North American – and European death metal. It sounds like a fast album, but it is another solid Sinister album in actuality. The key difference is that “Hate” presents it in a different manner. Sinister hadn’t really changed from “Diabolical Summoning” – for the first time the writing was able to match the band’s strengths.

‘The Embodiment Of Chaos’ is a stellar example of the band’s new writing style, it starts out with a blast section, but segues into an extended midpace in the middle before concluding with another blast. Sinister was never much of an artistic band, and “Hate” is no different. There are no leads/solos to speak of, but the usage of melody and the way the songs are constructed add to the memorability. The chorus section to ‘Art Of the Damned’, for example, is instantly memorable. ‘Unseen Darkness’ is the slowest track of the album. Taking a cue from the arising American scene “Hate” is a faster, denser and more muscular type of death metal that still retains the band’s thrash roots and the oppressive dark atmosphere which made “Diabolical Summoning” as strong as it was.

In many ways “Hate” was the coronation moment of Sinister’s earliest period. This is arguably their best, most complete offering on all fronts. Everything came together for a moment, and this record best reflects that. The band would never reach Gorefest type of exposure or popularity, but as a more underground offering – it is among the better ones of the 90s Dutch death metal scene. After the “Hate” sessions Sinister would part ways with long-time singer Mike van Mastrigt, who was replaced by Eric de Windt. A bass guitarist would be enlisted in Alex Paul, allowing former bassist Bart van Wallenberg to remain in his current position as rhythm guitarist. Sinister would release another three records after this, all while dealing with the usual line-up changes, before finally calling it a day in 2003 after the terrible duo that was “Creative Killings” and “Savage Or Grace”.