Plot: lovelorn office worker is seduced by his nubile neighbor… or is he?

Described by Variety as, “an homage to Roman Polanski with nods to David Lynch” Norwegian-Swedish-Danish co-production Naboer (or Neighbor, for some reason released internationally somewhat awkwardly as Next Door) is indeed a solid thriller. The comparisons to Polanksi and Lynch might be slightly hyperbolic and a wee bit optimistic in the grand scheme of things, but said associations aren’t unfounded. Next Door uses a well-known formula to utmost effect and while not revolutionary in any sense of the word, it pulls no punches and the twists it offers are always intelligent. No wonder then that it was showered with awards at the 2005 Norwegian International Film Festival, Cinénygma Luxembourg International Film Festival, and won the Kodak Award as well as the Young European Jury Award and Black Tulip Award at the 2006 Rouen Nordic Film Festival and Amsterdam Fantastic Film Festival, respectively. Which is a really roundabout way of saying that Pål Sletaune’s third is just as much of a contemporary classic as its domestic and international critical reception suggest.

Borrowing plot elements from Polanski’s Repulsion (1965) and The Tenant (1976) with a slice of that nightmarish suburban claustrophobia from Lynch’s Lost Highway (1997) Sletaune himself always insisted that Alfred Hitchcock was his biggest inspiration. Next Door masterfully weaves influences from the old masters with a contemporary aesthetic closer to Love Object (2003) and Hard Candy (2005). Kristoffer Joner won an Amanda Award for his role and the three girls Cecilie A. Mosli, Julia Schacht, and Anna Bache-Wiig all turn in commendable performances. Schacht especially is mesmerizing as the trashy wanton seductress whereas Mosli and Bache-Wiig are given ample opportunity to show their emotional range. Schacht has that drowsy look somewhere between that doe-eyed Emmanuelle Seigner and Nastassja Kinski quality that Polanski favored in the 70s and 80s and 1990s heroin chic. Imagine a poor white trash Lene Marlin (circa 1998-99) and you’re about there. As far as international marquee value goes, the biggest name here is probably Michael Nyqvist.

John (Kristoffer Joner) is a mentally unstable and deeply unwell thirty-something. His girlfriend Ingrid (Anna Bache-Wiig) has left him – and he’s understandably incensed and embittered. He’s none too pleased that Ingrid has hooked up with their mutual friend Åke (Michael Nyqvist). One day his next door neighbor Anne (Cecilie A. Mosli, as Cecilie Mosli) sort of candidly asks John if he can help move a cabinet in their apartment. John is surprised that he actually has neighbors and that he never noticed them before now. After the usual formalities and once the cabinet is moved John makes his acquaintances with Anne’s sister Kim (Julia Schacht). The two sisters seem to know suspiciously much about John and his amorous trouble with Ingrid. Kim, being the wanton minx that she is, almost immediately comes on to him strong and easily seduces him. Now in too deep and caught in a web of deception John finds it increasingly difficult to differentiate between what is real and what’s in his head. It gets to the point that his colleague Peter Reis (Øystein Martinsen) wonders what’s going on. As the sisters close their web around him a terrifying secret is bound to surface…

Kristoffer Joner, Cecilie A. Mosli, Julia Schacht, and Anna Bache-Wiig all are regulars of Scandinavian television. Joner gives an especially simmering performance that’s alternately understated and unhinged. No wonder he won an Amanda Award for this. Bache-Wiig shines as the battered, scorned wife and is quietly threatening whereas Mosli and Schacht play two sides of the same coin. Mosli’s calm and collected demeanor and personality contrasts beautifully with Schacht’s electrifying performance as the trashy seductress. Judging by their performances here the small screen is where talent of this kind thrives, something which history has documented to be the case. In a supporting role is Michael Nyqvist - he of, among others, John Wick (2014), Mission: Impossible - Ghost Protocol (2011), and The Girl with the Dragon Tattoo (2009). On the producer end of things there a few familiar names as well. Anna Anthony produced the acclaimed Swedish LGBT teen drama Fucking Åmål (1998) and Lars Jönsson was behind Lilja 4-ever (2002), both directed by Lukas Moodysson. The music was composed by Simon Boswell. He of Dario Argento's Phenomena (1985), Lamberto Bava's Demons 2 (1986) and Delirium (1987), Michele Soavi's Deliria (1987) as well as Richard Stanley's Hardware (1990), and the 1994 Philips Interactive Media/TripMedia dystopian surrealist cyberpunk video game Burn: Cycle.

Pål Sletaune was offered to direct the multiple BAFTA, Screen Actors Guild, and Academy Awards-winning American Beauty (1999) but declined because he didn’t think the script was good. At least he was in good company as David Lynch, Terry Gilliam, Mike Nichols, and Robert Zemeckis all had turned it down too. Perhaps it was healthy and wise of him to steer clear from the grinding wheel of the Hollywood machine. Many a director has been put through the ringer for the chance of directing a potential blockbuster but just as many end up as rapidly forgotten about roadside casualties in the pursuit of profit. Would American Beauty (1999) have launched Sletaune to potential international superstardom considering the cultural juggernaut it has become in the two decades since? Probably. In the decades since Sletaune has prospered on television and he seems content working on the small screen. He has no new theatrical projects on the horizon, as of this writing. Which isn’t necessarily a bad thing, Sletaune is not the type for big budget event movies. He seems most comfortable with smaller more low key character-driven productions that Hollywood abhors.

Perhaps the comparisons to Lynch are a wee bit exaggerated. Sletaune does his best to make all four principal characters morally corrupted and multi-dimensional. However for the Lynch comparisons to work the symbolism is not nearly enigmatic and opaque enough. Sure, the characters could be culled straight from an early Polanski feature but Next Door never commits to them either way. Anybody with the least bit of cinematic literacy will be able to figure out the major plot twist long before the third-act revelation. Not that it’s telegraphed or anything, but it’s far too straightforward and obvious to call it Lynch-ian in any degree. Where with a Lynch feature the revelation puts the entire thing on its head the odds in Next Door never really change after the third-act reveal. The revelation was hinted upon throughout and the entire thing kind of collapses in on itself after that. The final revelation in and of itself is strong enough but ultimately doesn’t amount to anything. Next Door desperately wants to be important or shocking – and to some it might very well be. In fact, Next Door is a lot of things but Audition (2000) it certainly is not. 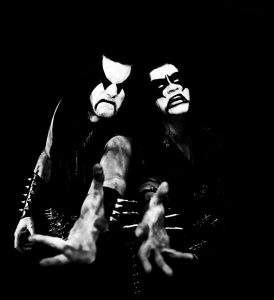