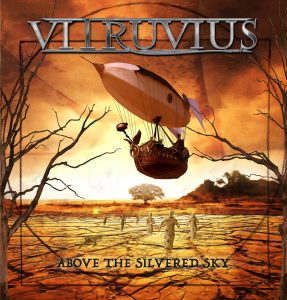 Formed in México City, México in 2006, originally as a reunion of an earlier band called Erógena. Upon auditioning singers, and the eventual hiring of Dulce Robles, the Vitruvius concept came into being. After releasing its self-titled debut in 2011, the band relocated to Xalapa, Veracruz. "Above the Silvered Sky" arrives after a half decade hiatus. Originally slated for release in 2015, the album was finally released this year - and was criminally overlooked by the corporate metal press.

The band name comes from 1st century BC Roman author, architect, civil - and military engineer Marcus Vitruvius Pollio, commonly known as Vitruvius. Vitruvius is known for his multi-volume work entitled “De architectura”. The tome is considered one of the most important sources of modern knowledge of Roman building methods, as well as the planning and design of structures, both large and small. 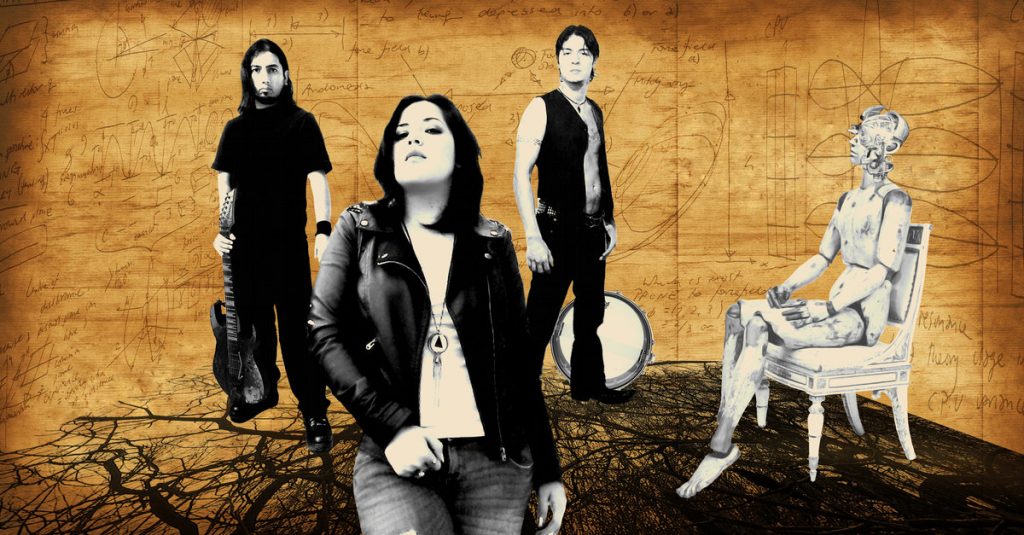 In its current form Vitruvius consists of Dulce Robles (vocals), Oskar Villareal (lead, acoustic guitar, bass guitar), and Ronnie Rodriguez (drums) with Lucas Espinoza providing studio keyboards and piano. Oozing with Latin American warmth and graced by the sensual vocals of frontwoman Dulce Robles, on "Above the Silvered Sky" Vitruvius is neither excessive nor bloated. Vitruvius delicately balances technically advanced sections with more vocal-centric segments and tranquil moments. Robles on her part eschews the trappings of more typical singers, and never overcompensates. Her emotive delivery will always outclass her operatic counterparts. Villareal and Rodriguez are the obvious selling points for the record.

The trio’s greatest strength lies in its sense of moderation. That moderation is reflected in its compositions, which never become too ambitious for their own good. All tracks stay within manageable length, only 'Uncertainty' is the exception as it reaches and surpasses the 8-minute mark. On tracks as 'The Maze' Vitruvius comes within vicinity of Hungarian genre act Dreamgrave, but never quite reaches the same level of mastery. 'Forgotten Smiles' was released as an advance single in 2015, and was a good indicator of the direction for "Above the Silvered Sky". It is unfortunate that none of Vitruvius' Latin American heritage seeped into the music.

The album was recorded and mixed at Jaxx Studio and Magic Hat Audio. "Above the Silvered Sky" was mastered at Beacon Soundworks Studios in Beacon, New York. The production is economic in that it gives each instrument its required space, and balances them adequately against each other. Forgoing the digital sheen and smooth gloss of higher budgeted acts "Above the Silvered Sky" sounds incredible in its sparseness. As before the album is adorned with a stunning digital art piece for its cover.

Vitruvius is rigorously disciplined on "Above the Silvered Sky" as it stays well within the perimeter of the progressive metal genre. The trio is at its strongest at its most fragile. Neither is this a record to challenge anybody’s perceptions of the progressive metal genre. Vitruvius is comfortable with its position in the underground, and seems content at its place in its regional scene. "Above the Silvered Sky" should appeal to fans from the early works of Dream Theater and Symphony X. It is great to see México excelling at other genres outside of death – and black metal.