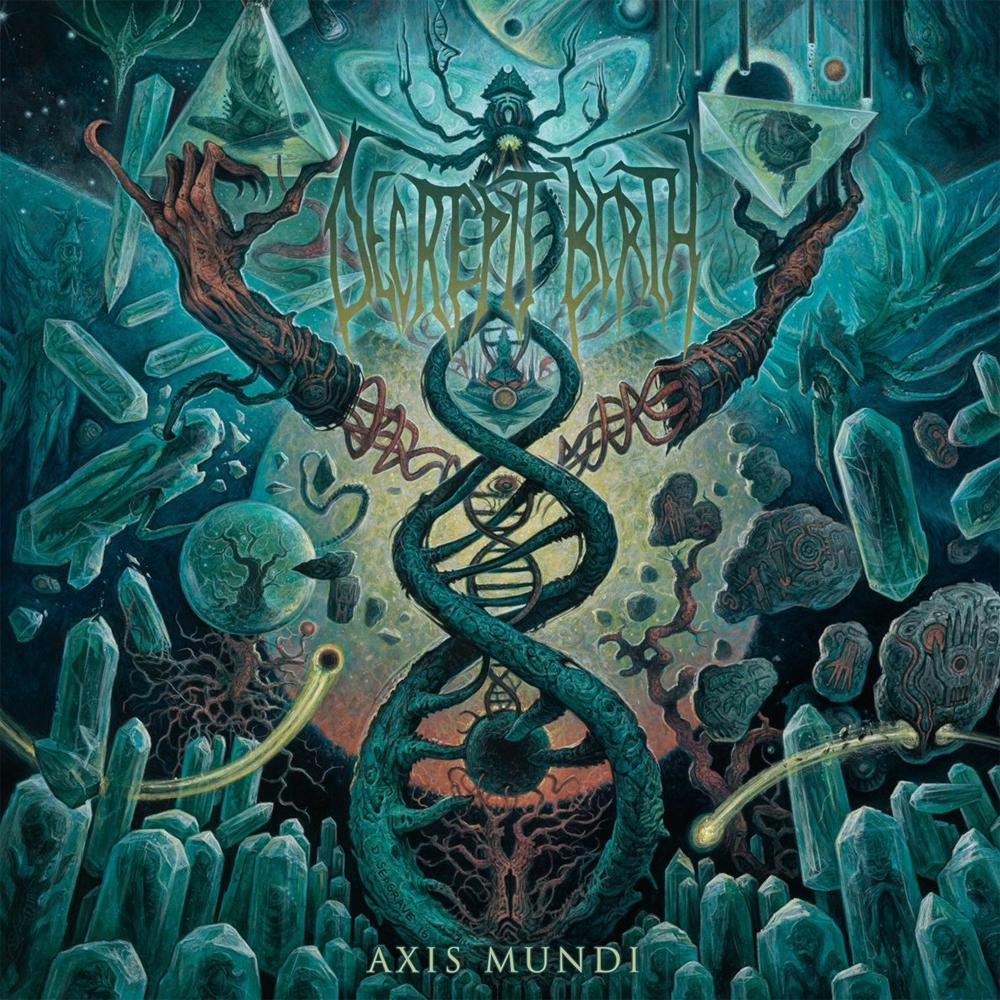 Well, the last thing you can accuse Santa Cruz, California act Decrepit Birth of is being productive and prolific in their recorded output. In the 7 years, an eternity in death metal terms, since “Polarity” the band has transformed and re-emerged in a different constellation once again. Not only have they recruited two new members; they also inked a contract with Agonia Records for European territories and remain with Nuclear Blast for their native North America. Lest we forget it has been almost a decade since the seminal “Diminishing Between Worlds” surprised the world with its elegant fusion of Chuck Schuldiner-esque melodies, extensive lead guitar sections and percussive density redolent of early Deeds Of Flesh and the Californian death metal sound at large. On “Axis Mundi” Decrepit Birth has a lot to prove. Whether or not “Axis Mundi” lives up your expectations depends exactly on what you to come, or look, to Decrepit Birth for in the first place… 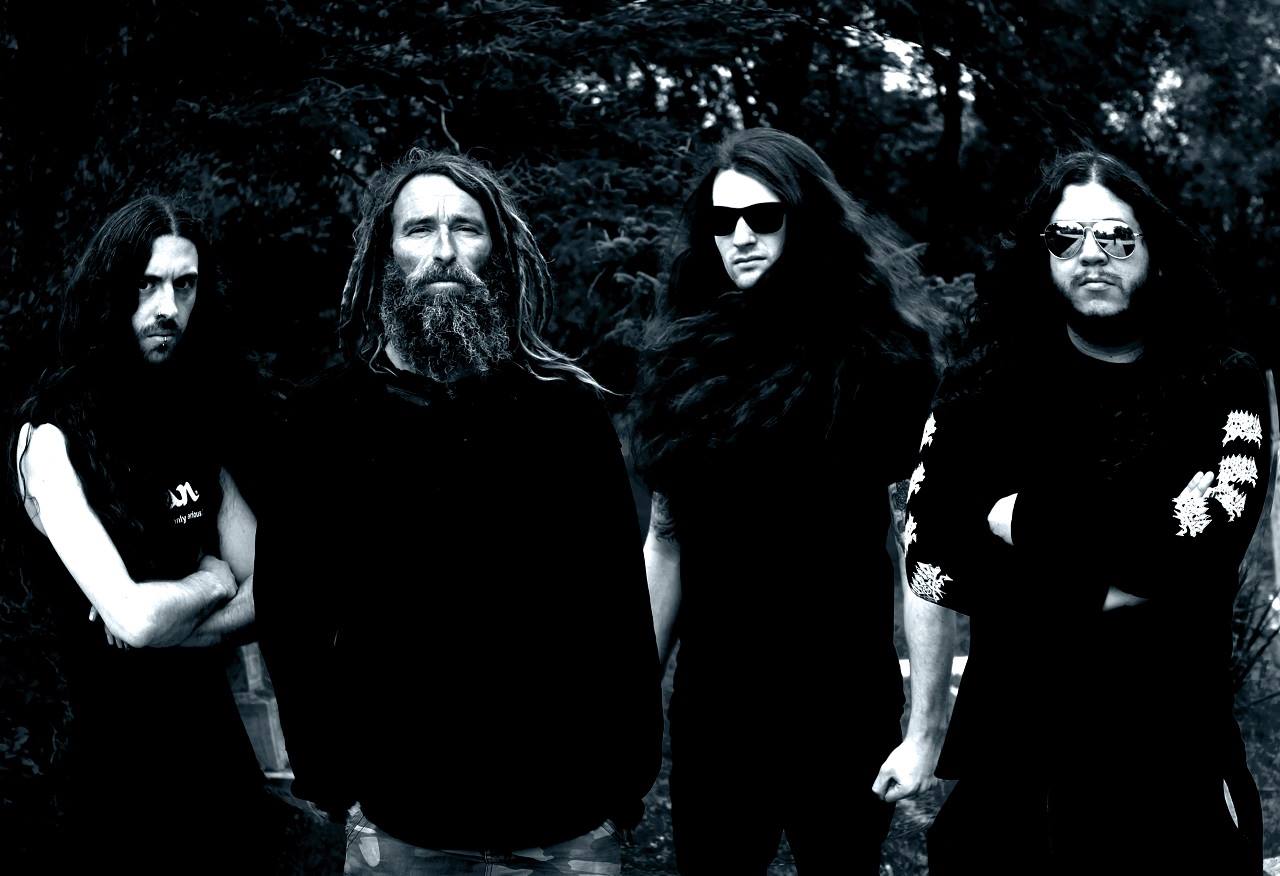 “Axis Mundi” is more of a continuation than a true progression from past material. It’s a solid, if not exactly riveting, record that recombines the primal pummeling of Decrepit Birth’s not-too-distant past with its more recent sensible, melodic inclinations. Whether or not that proposition is appealling is entirely up to one’s personal preference, but for this scribe it is a rousing success as it mixes the best aspects of the first two albums into readily accessible, densely structured songs with recognizable melodic hooks and Matt Sotelo’s now patented esoteric soloing. Joining founding members Sotelo (lead guitar) and Bill Robinson (vocals) on “Axis Mundi” is the new rhythm section of Sean Martinez (bass guitar) and Samus Paulicelli (drums). Frontman Bill Robinson has always been, and continues to be, the weak link in Decrepit Birth. His vocals have never been particularly compelling and “Axis Mundi” changes little in that regard. Robinson’s vocals are serviceable enough in that they do exactly what is expected of them, but little else beyond covering those basics. They have never been interesting enough to warrant any attention on their own, and “Axis Mundi” doesn’t rock the status-quo by making him the subject of different, or slightly more ambitious, vocal lines. Samus Paulicelli (whose parents probably really liked the Metroid video game franchise) is a more than suitable replacement for KC Howard and session drummer Tim Yeung.

In their defense, at least Decrepit Birth has shown exponential growth in their lyrics since the days of “…And Time Begins”. “Axis Mundi”, as a concept, is found in several belief systems and philosophies and is understood as the center of the world, or the connection between Heaven and Earth. ‘Spirit Guide’ is about Aztlán, the ancestral home of the Aztec peoples and their migration from Aztlan to central Mexico. It also references Sipapu, a Hopi word for the hole through which the "First Peoples" of the Earth and their ancient ancestors first emerged to enter the present world. ‘The Sacred Geometry’ concerns the belief that there are symbolic and sacred meanings to certain geometric shapes and certain geometric proportions, and that a god is the geometer of the world. It has its roots in the study of nature, and the mathematical principles found therein. Sacred geometry can be found in ancient Egyptian, Indian, Greek and Roman structures. ‘Hieroglypic’ details, among other things, the Bindu, or the point at which creation begins and may become unity, in Hinduism. ‘Transcendental Paradox’ is about the Sri Yantra, a mystical diagram that consists of nine interlocking triangles associated with the Shri Vidya school of Hindu tantra. Like their German brethren in Obscura, the Californians understand that death metal can be meaningful on the lyrical front.

‘Vortex Of Infinity – Axis Mundi’ and ‘Spirit Guide’ are at least vocally more ambitious with their sparse narration next to Robinson’s usual growls. Not that Decrepit Birth is venturing into Obscura or “Focus” era Cynic territory anytime soon. The choice of cover songs on the vinyl edition offer up at least one surprise. While one would typically expect Decrepit Birth to cover Death’s ‘Cosmic Sea’ instead they opted for the psychedelic ‘Orion’ from Metallica’s “…And Justice For All” instead, as well as ‘Desperate Cry’ from Sepultura’s “Arise” and ‘Infecting the Crypts’ from Suffocation. The Suffocation cover doesn’t exactly surprise as Robinson has acted as their stand-in frontman in 2012 and Paulicelli already covered the track on his YouTube channel in 2016. The Sepultura cover song proves that Max Cavalera’s gruff barks remain unsurpassed and that Robinson, in all ways his superior, isn’t able to match, let alone improve on, them. It’s testament to the fact that the 1991 Sepultura opus is truly a timeless effort in extreme death/thrash metal mastery. Even two decades later the songwriting and compositions of “Arise” have yet to be surpassed. “Under a pale grey sky, we shall arise…” Indeed. “Axis Mundi” may not be Decrepit Birth’s “Arise” but at least it’s clear they are doing a concerted effort to diversify.

“And Time Begins” was practically an early Deeds Of Flesh record, and about the only interesting thing about it was the stellar Dan Seagrave artwork. “Diminishing Between Worlds” was where Matt Sotelo and his friends finally decided to write actual songs and “Polarity” pushed them into more melodic territory. “Axis Mundi” will be polarizing in the sense that it merges the two directions into one. In terms of intensity it leans closer towards “…And Time Begins”. Not that that is bad. “And Time Begins” was frequently, if not entirely, an undirected projectile of pummeling ferocity. “Diminishing Between Worlds” steered that aggression into recognizable songs with the added bonus of Schuldiner-esque guitar soloing. “Axis Mundi” takes the aggression of the former and the well-developed song constructions of the latter, and then adds to both for extra spice. On “Axis Mundi” Decrepit Birth looks towards its past, present, and future. As such it’s a solid return for them, a band that has probably evolved more than some of its more popular brethren. At least they are significantly more traditionally inspired than, say, an Inherit Disease but Decrepit Birth is the farthest from bands as Insentient and Italian combo Resumed, both of whom take the Death influence beyond mere guitar leads. Why exactly was it again that Leslie Medina (Insentient) wasn't offered a guest lead guitar slot? 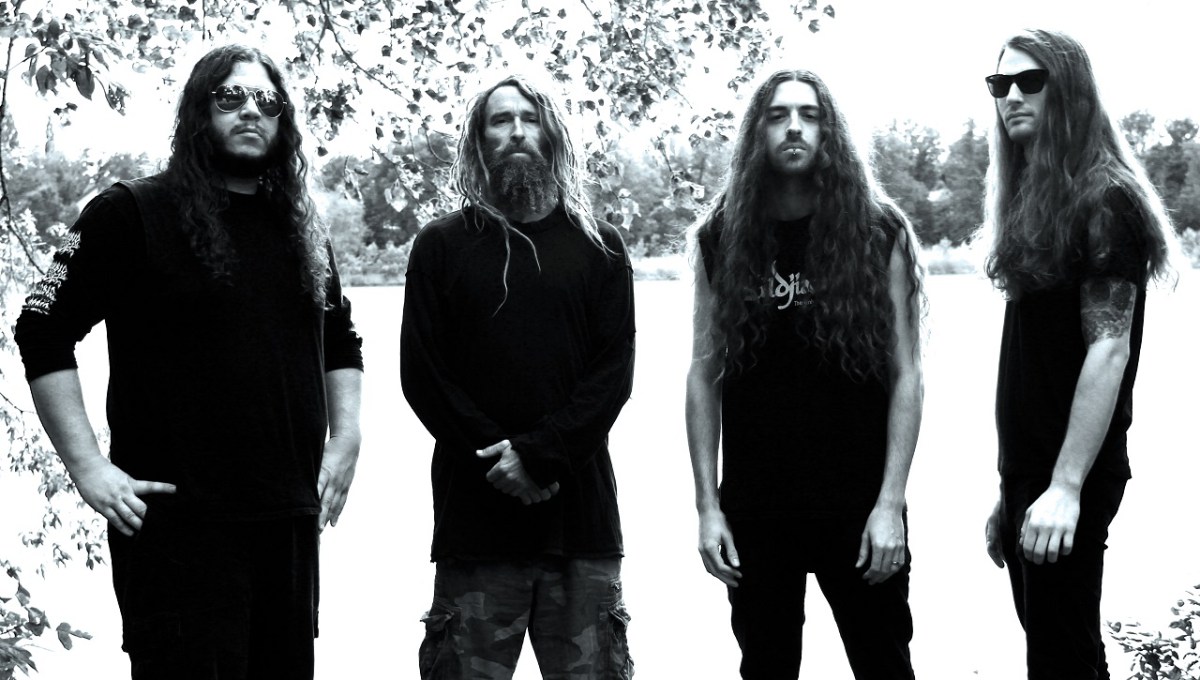 “Axis Mundi” will probably be a disappointment to the most die-hard of Decrepit Birth fans. Others might be entirely indifferent to it. The truth, as always, is somewhere in the middle. It is a solid return for a band that has shown not to be afraid to evolve on all fronts. Its basis is sturdy and traditional death metal and since “Diminishing Between Worlds” Decrepit Birth has, to its credit, allowed the integration of 90s genre conventions into its decidedly millennial and highly technical approach. “Axis Mundi” pushes those conventions farther than ever before – and its the first Decrepit Birth effort that is enjoyable from front to back. Decrepit Birth has always had a penchant to overcompensate and “Axis Mundi” is no different. There are enough blasts and esoteric guitar leads to satiate anybody’s craving. More importantly, though, is that this time Sotelo and his comrades concentrated on writing consistently strong songs. There was a time not all that long ago when Decrepit Birth was but a meager Deeds Of Flesh clone. Thankfully in more recent years they have started to live up to their innate potential.