“The Lost Conveyance”, the third Caedere album since their formation in 1998, has the band maturing musically and lyrically. Adopting scathing socio-political subject matter, and further embracing its musicality along with its increasing technical skill. “The Lost Conveyance” merges old – and new genre traits and is helped by a meatier, concrete production, and abstract artwork. For all intents and purposes “The Lost Conveyance” is the most conceptually complete Caedere record up to this point, and their best to date.

That isn’t to say that Caedere (Latin for “to kill”) completely overhauled its sound on this third outing. It is the completion of an evolution that dates back to its 2009 album “Clones Of Industry”, which was itself quite more ambitious than its “Mass Emission” debut. However said evolution never truly manifested itself in the way it does here. Where in the past Caedere sounded like an utterly massive Severe Torture (Hammerheart Records era) clone with its third album the Morbid Angel influence is far more pronounced. The Stockholm melodies have been toned down, and the whole bathes in an aura similar to Morbid Angel’s “Gateways to Annihilation” and Lost Soul’s “Chaostream”. In the past Caedere could be accused of blasting incessantly, but everything is better balanced compositionally on “The Lost Conveyance” than ever before with prior recordings.

‘Against Better Judgement’ sounds as something off “Gateways to Annihilation” before the acceleration in the last minute and a half. ‘Union Of Substitutes’ has some very prominent bass licks, and multiple esoteric solos through out its duration. ‘Facing Reality’ has guest vocals by Mike Hrubovcak (Divine Rapture, Monstrosity, Vile). ‘Conveyance Lost’ is an acoustic guitar interlude in the 90s death metal tradition. The more deliberately paced nature of the songs should facilitate Caedere with the room, and breathing space to integrate a few more guitar – or bass solos in future material. Given the evolution the band went through in the years between both albums it wouldn’t be too surprising to see Caedere embrace its musicality even further. On the whole the material on “The Lost Conveyance” sounds a lot more controlled, better paced, and more importantly, better written than anything this band has done before.

The lyrics are intelligently written scathing examinations of contemporary society, anonym yet global, consumption – and greed driven above all else. While the lyrics spew righteous indignation at its chosen subject, they refrain from falling into expletives and insults despite its obvious frustration, and irritation with the accepted and seldomly questioned status quo. The move away from the tired and tiring gore – and into more relatable socio-political criticism is a decision that should be commended. It is always more interesting to read about subjects bands are passionate about instead of dwelling on subjects that they are supposed to write about. “The Lost Conveyance” further explores the thematic premiered on “Clones Of Industry”, and hopefully Caedere continues to explore this subject matter on future output. It certainly is far more interesting that than the gore, and mindless blasphemy that perseveres in the genre. 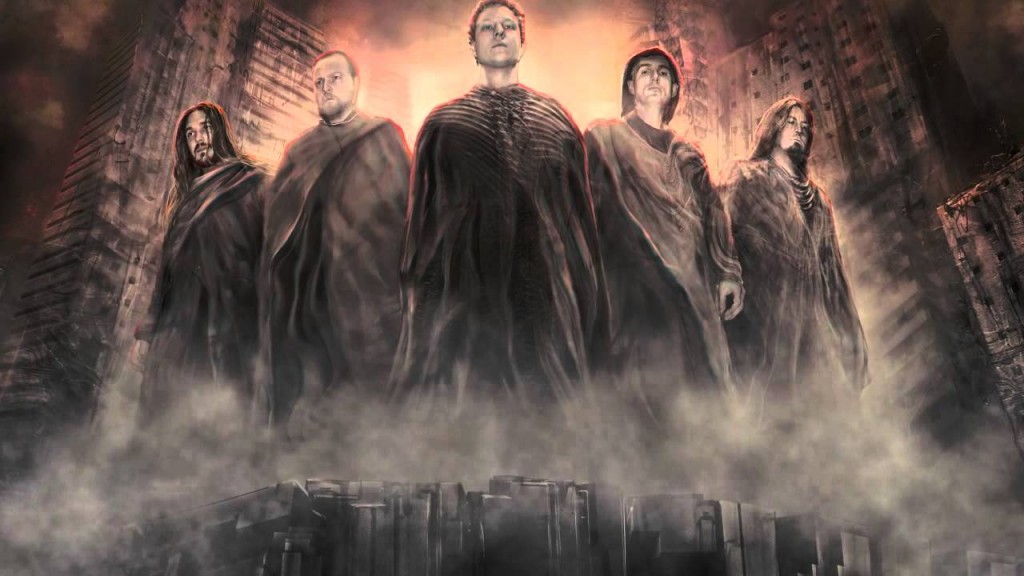 Unlike a lot of others Caedere understands the importance of bottom-end heaviness, and “The Lost Conveyance” has an incredible crunch in regards to its concrete bass guitar and kickdrum tone, even though the snares and toms sounded better on prior records. In fact the drum tone seems to be on the only strike against “The Lost Conveyance”. Jarno Olinga proves to be a suitable replacement for original drummer Sjoerd Modderkolk as far as intensity is concerned, but doesn’t quite possess the creative chaos that Modderkolk provided behind the kit. Michiel Lankhorst is the Dutch equivalent of fomer Morbid Angel - and current Warfather vocalist Steve Tucker, or former Monstrosity frontman Jason Avery - ravagingly intense and fittingly commanding within the context of their respective bands, but regrettably forgettable outside of it also.

On all fronts that matter “The Lost Conveyance” represents a major leap forward with Caedere sidestepping the obvious rakes, and limitations of the death metal genre – instead pushing forwards towards something more musical, more technical, and more conceptually ambitious. The wonderful artwork by Noisecraft embraces an old school aesthetic lost on most contemporary acts in this genre. It’s hard to believe that no other label imprint was interested in this Caedere effort outside of the bottom-feeding Sevared Records, and its liege of dubious signees. If there was any justice in the industry this would have been released through Willowtip, or New Standard Elite. The improved distribution should help Caedere in terms of visibility on the North American continent.

Caedere has undergone an interesting evolution over its three records. “The Lost Conveyance” is the farthest the band has pushed its sound to date. With an interesting lyrical concept, and the willingness to push its sound into more traditional realms this third record marks a tipping point for the Dutchmen. Caedere’s unwillingness to compromise its vision for commercial considerations speaks volumes to its strength of character, and headstrong belief in the quality of its wares. Hopefully the band will push farther into this direction, and unleash its blooming potential within the next few years. Maybe they’ll even find a label partner willing to give them the required push to reach the next level within the industry. One thing is certain: a mark has been made…