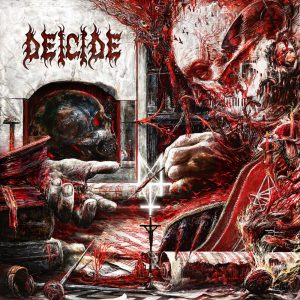 A number of the Florida death metal old guard have come back with some of their strongest records in many years. Morbid Angel, Monstrosity, and now Deicide. For largely incomprehensible reasons Deicide has long been enshrined as a legend. Despite having been mired in mediocrity for about two decades Deicide is for some unfathomable reason still considered important irrespective of the great majority of their output being actively mediocre or even hostile to the listener. Deicide made a name for themselves through blood drenched early performances, the usage of “god-deflecting” armor and outlandish statements from their larger-than-life frontman Glen Benton. There’s no contesting that both “Deicide” and “Legion” are worth every accolade bestowed on them. The post-Hoffman years have yielded exactly one classic record with 2006's “The Stench Of Redemption”. However, “The Stench Of Redemption”, lest we forget, was little more than “Serpents Of the Light” with overly shredding and flowery solos courtesy of the late virtuoso Ralph Santolla and Jack Owen. The Sunshine State’s most enduring enfant terrible hasn’t been controversial nor incendiary to any degree in a long, long time. “Overtures Of Blasphemy”, their twelfth record overall, is largely similar to the albums surrounding it. Above all else Deicide has become shockingly efficient at producing consistent albums, even if they are seldom very inspired. 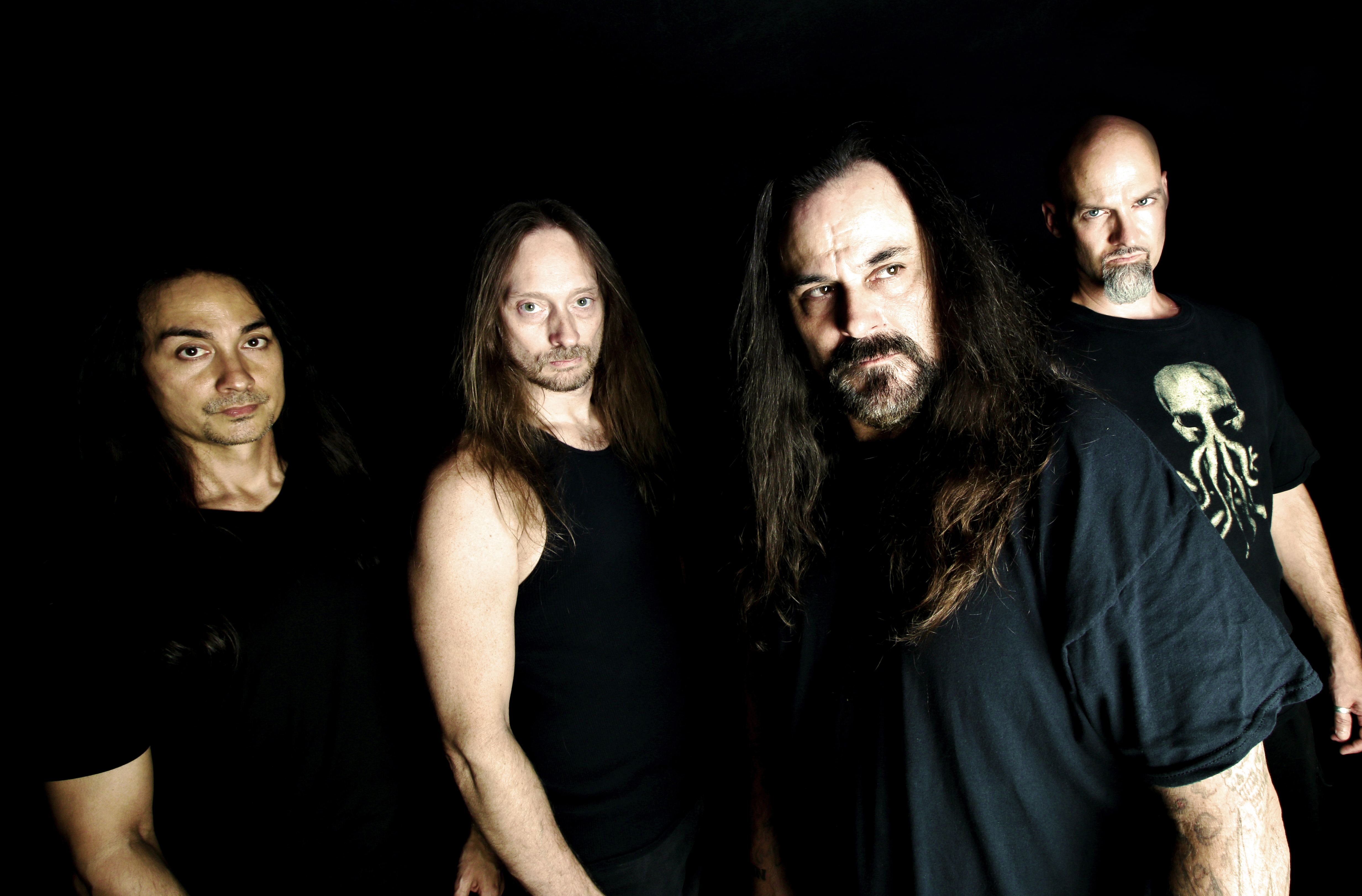 All things considered Deicide have done good for themselves. Granted the days of Deicide epitomizing the ultimate evil are long gone. The post-Hoffman years haven’t exactly been kind to them, nor have they been one of great innovation. Not that the Hoffman brothers have been faring any better on their own, mind. In comparison, Eric and Brian have since their departure in 2004 released “Liar In Wait” with their Amon in 2012. Amon played a grand total of 2 shows in 2017, their only 2 shows since reforming a decade prior. They also have been attempting to crowdfund a second album, campaigns that have proven unsuccessful. At least since 1995’s “Once Upon the Cross” Deicide has adopted an unbelievably streamlined and mercifully compact writing style that plays up to the rather limited abilities of its weakest, most iconic member. Glen Benton is a lot of things but he’s not a good performer. His abilities as a bass guitarist remain forever dubious and the wear-and-tear of 30 years of international touring and the irrevocable passage of time have taken their toll on his vocal cords. The voice of Legion these days sounds suspiciously like Max Cavalera. Since the joining of guitarist Kevin Quirion in 2008 that writing style has been pushed to its logical conclusion. “Overtures Of Blasphemy” is but a variation of “To Hell With God” and “In the Minds Of Evil”. Thankfully it is slightly more ambitious and marginally more hungry sounding.

That Deicide no longer possesses an inch of the character and zest they once held is a truism at this point. Truthfully, they should have split up years ago. Asheim would feel right at home in Malevolent Creation and Benton could finally stop pretending that he actually still cares. “Overtures Of Blasphemy” is better than the last two Deicide albums and far more enjoyable than the two Vital Remains albums on which Benton appeared, but how much does that say exactly? Not much. Somehow, some way Deicide has survived two career slumps on as much labels. While little more than an extension of “To Hell With God” and “In the Minds Of Evil” there’s a fire on “Overtures Of Blasphemy” that has been absent from the band’s output since “The Stench Of Redemption”. Deicide, age and overall redundancy notwithstanding, has found purpose and focus again, it seems. Not that this album will be going down the history books as vitally important or as a new classic anytime soon. Not much of what Deicide has released in the last decade qualifies as such. “Overtures Of Blasphemy” won’t be dethroning “The Stench Of Redemption” as a modern day classic in any shape or form. Deicide is not the band to expect any profound artistic statements from. In the modern age Deicide is all about efficiency instead of artistry. Deicide has elevated to functionality to an artform. “Overtures Of Blasphemy” is the embodiment of functionality, if nothing else.

Compared to their Gibsonton brethren in Obituary, Deicide’s latter-day output has a charm all its own. It possesses a mad thrashing energy that was largely absent in the twilight Hoffman – and Ralph Santolla years. The addition of Kevin Quirion allowed the melodic inclinations that the late Santolla introduced to become an integral part of the sound. Deicide’s third lead guitar tandem Kevin Quirion and Mark English might prove to be their most versatile. Neither Quirion nor English lose themselves in excessive showboating the way Ralph Santolla was often prone to. Stylistically “Overtures Of Blasphemy” shows a few overlaps with “Serpents Of the Light” in how bare-bones and minimal most of its songs are in terms of structure and length. 4 songs barely reach the 3-minute mark, the remainder barely cross the 3-minute mark. No song even reaches 4 minutes. The longest track on the record is ‘One with Satan’ that clocks in at an economic 3:47. Deicide hasn’t penned another ‘Homage For Satan’, ‘When Heaven Burns’, ‘Creatures Of Habit’ or ‘Kill the Christian’ and likely “Overtures Of Blasphemy” won’t yield any new classics. Which isn’t to say that “Overtures Of Blasphemy” isn’t catchy. It is. At 38 minutes it’s one of the longer Deicide offerings in recent memory. It swings, it thrashes and grooves in ways that only modern Deicide can. Will anybody remember this record in years to come? No, “Overtures Of Blasphemy” is barely a blip on the radar.

In the decade and a half since the Hoffman brothers were exiled Deicide has proven resilient and prolific in face of having somewhat of a revolving door in terms of guitarists. Never one to push their chosen genre forward Deicide has always been willing and able to follow whatever prevailing aesthetic trend of the day. “Overtures Of Blasphemy” sports a canvas from from Polish designer Zbigniew M. Bielak, famous for Dimmu Borgir’s “Eonian’”, and it’s significant for being the first in some 17 years to feature the long absent Trifixion. It’s a nice little touch that ultimately means nothing. In the 21st century Deicide has embraced its regressive tendencies and the limitations of Florida death metal as a style. They were one of the first to fall to the wayside when death metal experienced an evolutionary jump at the dawn of the millennium and now some 18 years later Deicide has made its robust, rudimentary approach its ultimate and only selling point. What is a band to do when they are no longer deemed controversial nor incendiary in the way that they used to? They settle into a comfortable groove. On “Overtures Of Blasphemy” Deicide is clearly comfortable with their station in life. In all honesty, we prefer this over some of the atrocities they committed to in the past. 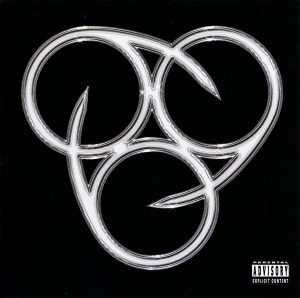 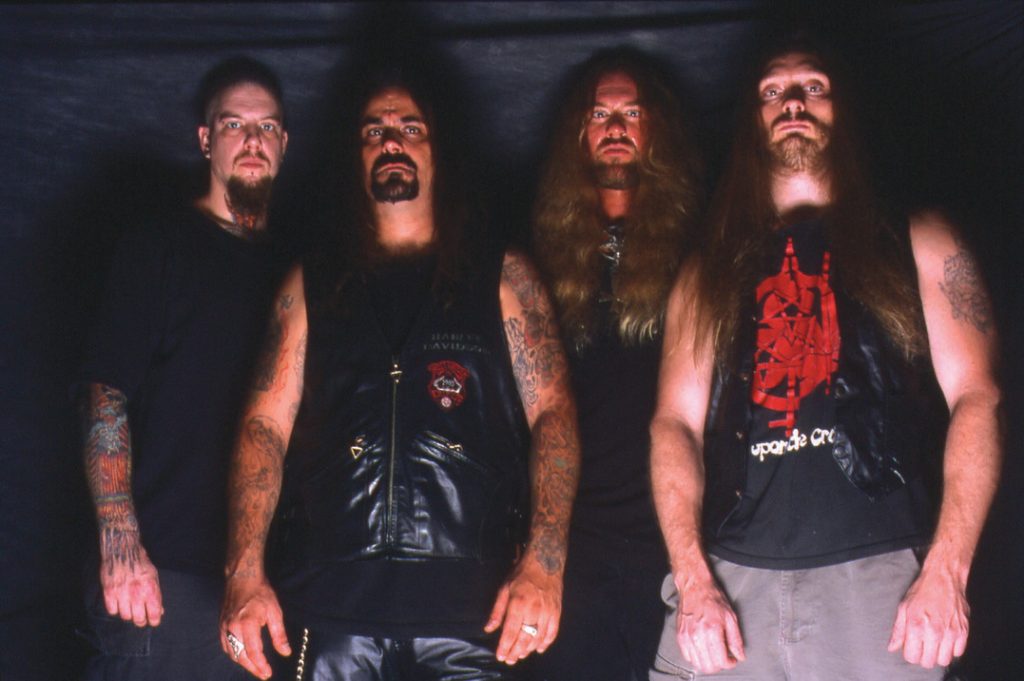