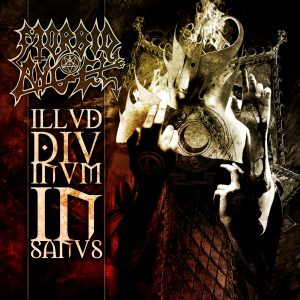 “Illud Divinum Insanus”, the first Morbid Angel effort in eight years and the follow-up to 2003’s critically savaged “Heretic”, rightly continues to be subject of widespread scorn and derision. Dubbed an “experimental” and “genre-defining” masterpiece by the sycophantic metal press, it is a desperate attempt from a band well past its prime grasping at straws to remain relevant. Subpar in its metallic aspect and painfully outdated in its so-called experimental electronics “Illud Divinum Insanus” falls spectacularly short of expectations as both a death – and industrial metal album. It is a shockingly, appallingly bad record from a band that should have known better.

The first thing to catch one’s attention is the badly translated Latin album title, which according to statements made by David Vincent at the time was intended to mean 'Those Insane Gods'. However in its current form it translates to 'That divine thing, an insane man'. It should have been translated as “Illa Divina Insana”. A second distinct feature is the cast of musicians assembled for the recordings. Replacing long-time skinsman Pedro ‘Pete’ Sandoval (who had bowed out prior due to a back surgery) on drums is notorious mercenary Tim Yeung along with Norwegian guitarist Thor Anders Myhren (going by the stagename Destructhor for the session) who made a name for himself with Myrkskog. Florian Magnus Maier of German black metal formation Dark Fortress was the runner-up, but did not make the cut for hitherto undisclosed reasons. The addition of both men represents an important shift in the band’s creative paradigm. All is not well in Tampa, Florida. 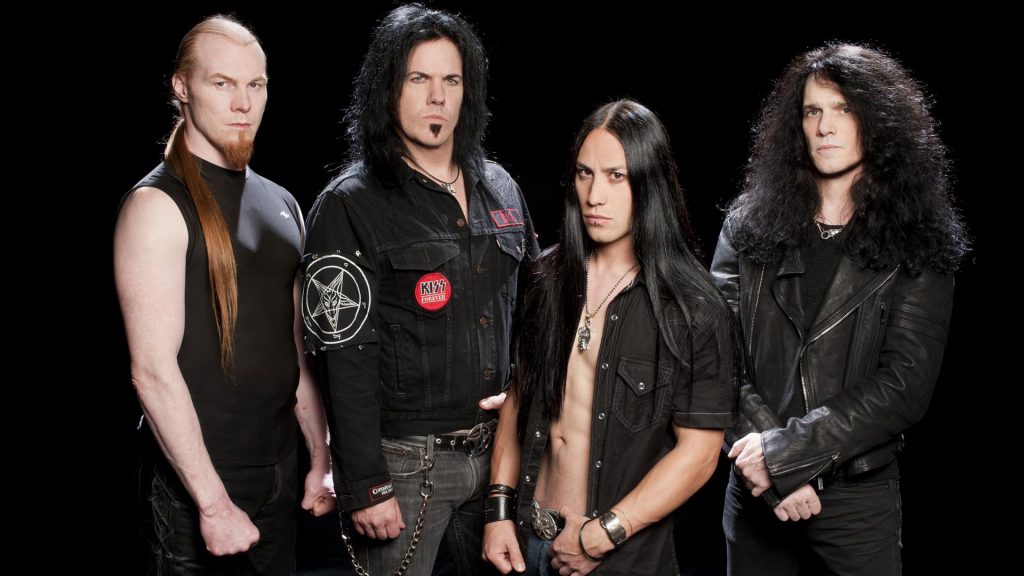 It is not so much the addition of industrial and electronica that make “Illud Divinum Insanus” as rightly maligned as it is – but the utter lack of spirit and conviction that oozes out of the traditional death metal aspect. For a band that used to set standards in its prime despite its revisionist tendencies and enormous egoes this sounds remarkably out of touch with both popular taste and the death metal genre as a whole. “Illud Divinum Insanus” combines the worst of groove metal, glam and industrial with completely lifeless death metal. Adding insult to injury is the supposed “experimental” industrial and techno songs. Not only does Morbid Angel fail miserably at aping a subgenre that flourished in the 1990s, they also go for the basest, most crowd pandering variation of it. As Mysticum and Sickening Horror have proven in the past, industrial elements can push underground metal to riveting extremes. “Illud Divinum Insanus” is a lot of things, but good it is not…

A glance over the writing credits at least gives an indication of who to blame for this particular debacle. The trio of ‘Omni Potens’, ‘I am Morbid’, and ‘Radikult’, were written by David Vincent exclusively. Myhren wrote ‘Blades For Baal’ and the groove metal abortion ’10 More Dead’. The remainder of the album was co-written by Azagthoth and Vincent. Interestingly the obligatory (and fairly inconsequential) instrumental interludes that indiscriminately littered the Steve Tucker era are completely abandoned on this record. It is truly one of the very few things that the record does manage to get right. That ‘Blades For Baal’, arguably the best of the conventional tracks, was written by an outsider speaks volumes of just how far Azagthoth has fallen. A sense of self-awareness/referentiality pervades from the album while the delusions of grandeur that already crippled the band in the Tucker-era remain firmly in place. 'Profundis – Mea Culpa’ (the Latin equivalent to “it’s my big mistake”) even has Vincent penning lyrics that clearly reflect his awareness of the stylistic transgressions that Morbid Angel was committing, and reveling in them.

A protracted, troubled recording session at no less than four different studios (The Blue Room, Mana Recording Studios, Red Room Recorders, and D.O.W. Studio Productions) in the Los Angeles and Tampa region and no less than four credited producers can't save the record from coming apart at the seams. The production is a hot mess of conflicting sounds and ideas seemingly meshed together without rhyme or reason. For most part it downplays the traditional components in favor of the vocals and badly integrated industrial – and electronic elements. Each of the aspects sounds functional in itself but the lack of an overseeing head of production resulted in the record sounding artificial, unhinged and downright schizophrenic in its combination of disparate elements. A more urgent question is: why wasn't “Illud Divinum Insanus” produced by Flood, Moby, Trent Reznor or Till Lindeman?

Better than any other band in the field Morbid Angel understood the importance of imagery and visuals. The Nizin R. Lopez artwork that adorned the divisive “Formulas Fatal to the Flesh” fitted the Lovecraftian lyrical themes, and the Dan Seagrave canvas for “Gateways to Annihilation” perfectly embodied that record’s unearthly doom and gloom aura. “Heretic”, that came sporting a Marc Sasso artwork, was where the band first faltered. “Illud Divinum Insanus” comes with artwork by Brazilian artist Gustavo Sazes and its color schemes are a complete break with the past stylistically. In an attempt to modernize Morbid Angel retroactively ends up dating itself. The album is the product of a creative axis that hasn’t pushed its limits in well over a decade.

“Illud Divinum Insanus” is a bloated, bloviating, self-important record that can’t decide what it wants to be, or what it hopes to convey. It’s a mess of an album that is in need of a thorough editing process, and that would have been passable as an EP. The most damning of all is that KFDM, Laibach, Ministry, Marilyn Manson and White Zombie perfected this genre two decades prior. Morbid Angel isn’t only lagging behind with the times, but they can’t even imitate a workable template set by the real pioneers. Sandoval, who became a born-against Christian in the interim, has since vehemently disowned the album for its profound stylistic break with the past. He remains active with his own version of grindcore act Terrorizer, whereas in Los Angeles former frontman Oscar Garcia mans arguably the true incarnation of said formative act.

“Illud Divinum Insanus” has all the hallmarks of a deservedly failed Azagthoth/Vincent side-project written all over it. The death metal portion of the record sounds as tired and obligatory filler as you’d expect of a band well past its prime. The badly composed industrial and electro "experimentation" feels completely out of place, and nowhere is any attention paid to pacing and coherent flow from one song to the next. They could have called this band Radikult and released half of “Illud Divinum Insanus” as an EP, the same could’ve been done with the four traditional death metal tracks. That way the Morbid Angel brandname and its legacy would have remained intact, and both men could have scratched their collective industrial/electro itch. There’s a reason why “Point Blank” was released as Nailbomb and not as Sepultura, despite the stylistic overlaps. The record reeks with a sense of desperation reserved for burnt-out artists in the grips of the pangs of irrelevance. The Morbid Angel of yesteryear is dead, and we buried it.