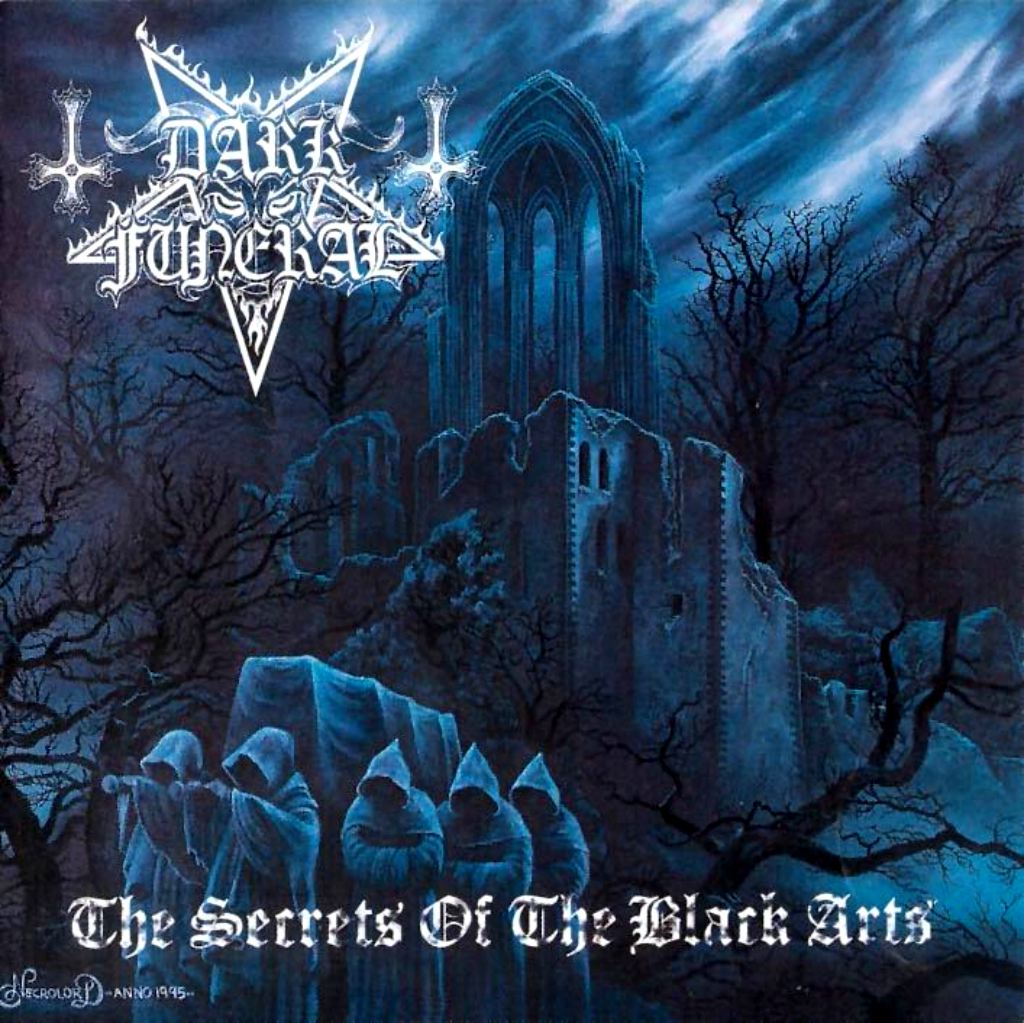 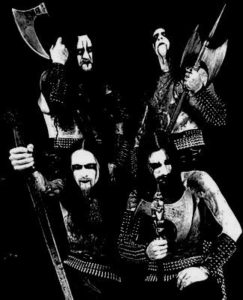 At the center of the coven is guitarist/main composer David Parland (Blackmoon), along with second guitarist Mikael Svanberg (Ahriman). He would become the de facto leader and the spokesperson of Dark Funeral after this album’s completion. On vocals we have Paul Mäkitalo (Themgoroth) who provides bass guitar along the way, and laying down the drums for this debut is Peter Eklund (Equimanthorn). Parland, Mäkitalo and Eklund would all depart at various times and for various reasons after this album’s completion making this the only album of the original line-up. This is also why this album sounds markedly different from future output, and while superficial similarities are abound Svanberg’s writing is a hollow shell and a pale imitation of what Parland wrote for this outing. It’s the only record to feature a cover painting by Kristian Wåhlin (Necrolord) and the last English titled release outside of the preceding self-titled EP, the “Teach the Children To Worship Satan” EP from 2001 and the band disowned bootleg “Under Wings Of Hell” from 2002. As you’ll note the preceding EP and this debut have vastly different artwork in comparison to the works to come. The artwork by Kristian Wåhlin is something you’d usually associate with Swedish death metal, melodic or otherwise. The logo is also slightly different from future albums. This is due to copyrights held by ousted co-founder David Parland. David Parland, after all, was Dark Funeral.