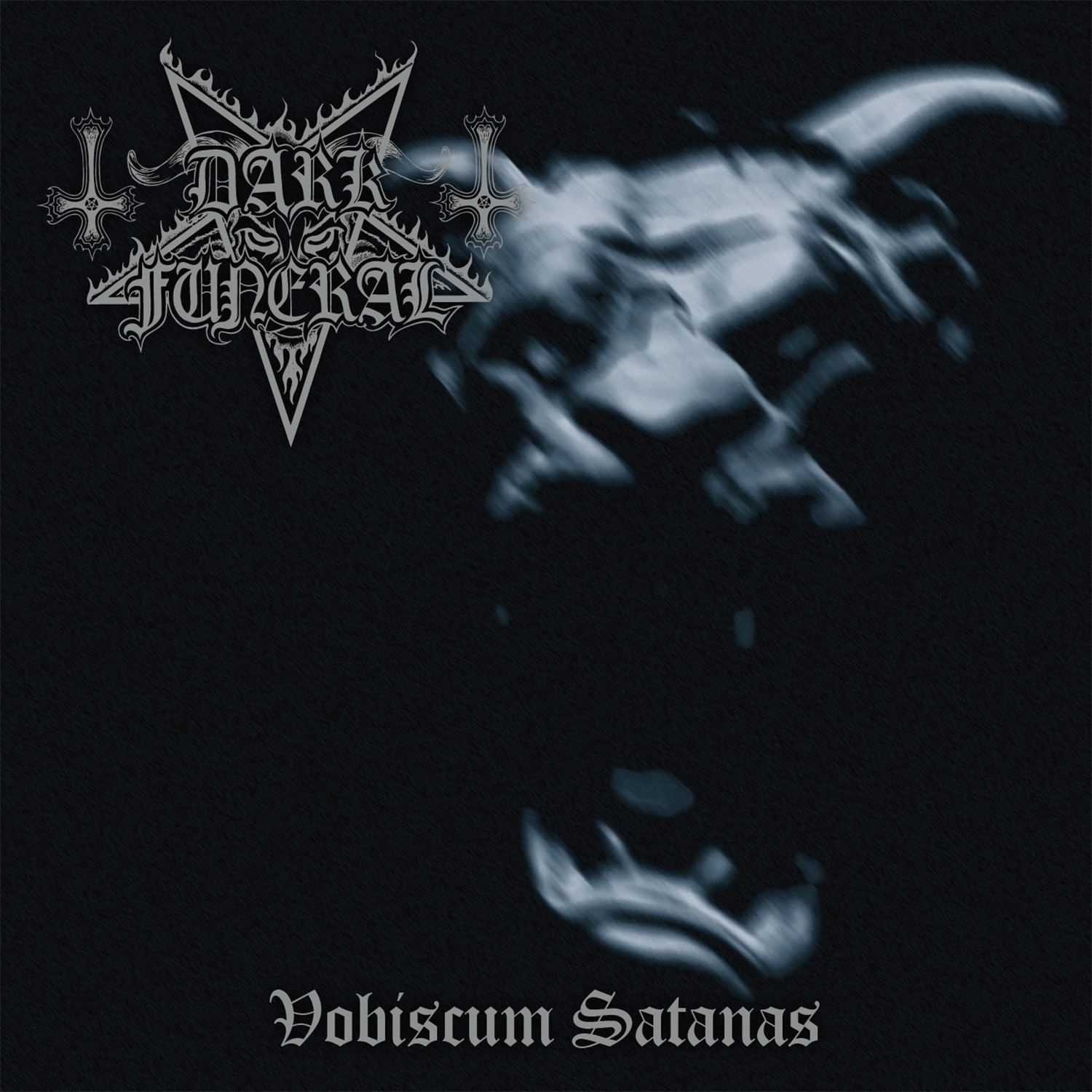 Destined to become one of the more comically over-the-top black metal bands of the genre Dark Funeral managed to persevered where lesser bands would have fallen by the wayside and into eventual obscurity. After the unceremonious exit of founder David Parland forced remaining founding member Mikael Svanberg to exert his full creative control over Dark Funeral and inherit the brand name of the project that Parland had created. The sophomore Dark Funeral release fares as well as one would expect under the circumstances.

Dark Funeral initially took form in Stockholm, Sweden in 1993 as Ahriman, the project took its name from the Avestan-language name of Zoroastrianism's hypostasis of the "destructive spirit", by the duo of David Parland and Mikael Svanberg. In its earliest form Ahriman included two ex-members (vocalist Paul Mäkitalo and drummer Nico Kaukinen) of local death metal upstarts Scum, the formative unit that would transform into populist genre institution Amon Amarth. Somewhere in 1993 Kaukinen exited the fold and Ahriman evolved into Dark Funeral with the addition of drummer Joel Andersson. A year after forming they released the “Dark Funeral” EP on Parland’s own Hellspawn Records imprint. The debut “The Secrets Of the Black Arts” followed two years later. That “Vobiscum Satanas” sounds nothing like the debut was expected. 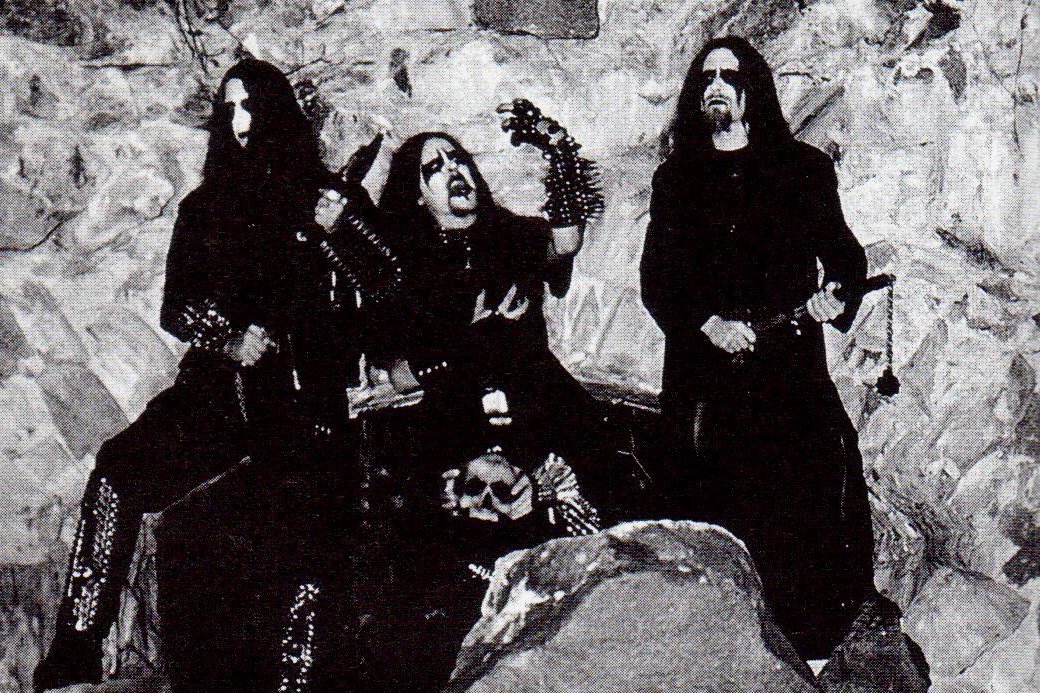 A shift was expected seeing how three-quarters of the band was replaced for this album. Mikael Svanberg surrounds himself with capable musicians to carry his vision, even though half of them would be replaced themselves by the next album. “Vobiscum Satanas” is the recording debut of former Hypocrisy frontman Magnus Bröberg (who also doubles as bass guitarist) with Dark Funeral, as well as the only album to feature the services of drummer Tomas Asklund, and guitarist Henrik Ekeroth. The revolving door line-ups that characterized its early years would remain for quite some time.

“Vobiscum Satanas” was notable for being the first Dark Funeral album to be written entirely by de facto leader Mikael Svanberg. Parland had written the debut almost exclusively. While superficially identical in stylistic persuasion the keen listener will notice a rather jarring shift as to how the music is arranged. With the pioneering work having been done by fellow Swedes Marduk, Dark Funeral had no intention of carving out its own niche. “Vobiscum Satanas” leans closer towards “Heaven Shall Burn” than it does to “The Secrets Of the Black Arts” which is telling in itself. It was the first instance where Dark Funeral started to use Latin song and album titles. The album title is Latin for “May Satan be with you”, which is as sophisticated as the album is going to get.

Svanberg does a commendable imitation of Parland’s writing style but his melodic sensibility is more traditionally Swedish. Next to using a more melodic writing style Svanberg’s riffs differ greatly from what Parland wrote. The songwriting has been streamlined for the most part, and the dynamic range that Parland mastered so well is completely absent. More than in the Parland era does Svanberg rely on linear song construction. While not all tracks follow the verse-chorus-bridge format, each of the songs progress in similar ways using the same riff set, or slight variations thereof.

Musically and lyrically the album is a whitewash of the vastly superior “The Secrets Of the Black Arts” that preceded it. The lyrics primarily revolve around depictions of hell, suffering and Satan. Deviating from the norm is the track ‘Ravenna Strigoi Mortii’ which amounts to nothing more than a tepid love song put to stereotypical black metal imagery. On successive albums deviations like this would become the norm. On “Vobiscum Satanas” most of the music was written exclusively by Mikael Svanberg, except for ‘Enriched by Evil’, ‘Evil Prevail’, ‘The Black Winged Horde’ and ‘Ineffable King Of Darkness’ that were written with input from Henrik Ekeroth.

Once again the band chose to record and mix the album over a twenty day period at Abyss Studio, Sweden with Peter Tägtgren handling the production. Unlike its debut “Vobiscum Satanas” sound typical for the facility where it was recorded. That isn’t necessarily a detriment in itself, but the pristine production (while more refined and texturally richer) doesn’t the possess nearly the character that defined its debut. The artwork and design was handled by Guerrila Art. It is the closest to “The Secrets Of the Black Arts” in terms of color palette with prominent blue and gray shades. Dark Funeral would take a steep turn for the worse in terms of artwork after “Vobiscum Satanas”.

It’s nothing short of a miracle that “Vobiscum Satanas” even materialized considering the departing/ousting of the entire line-up, including the band’s key songwriter. After the defection of Parland, Svanberg became the de facto leader and main composer. His keen melodic sense and traditional riffing style perfectly complemented Parland’s thrashier inclinations. Now that this riffing has become the main attraction it is revealed just how limited it truly is. Adequate and functional to say the least Svanberg’s riffs possess none of the character and bite that Parland’s riffs had. As such “Vobiscum Satanas” sounds exactly like you think it does. It is superficially gratifying and viscerally intense, but doesn’t hold a candle to what David Parland had composed for this band.