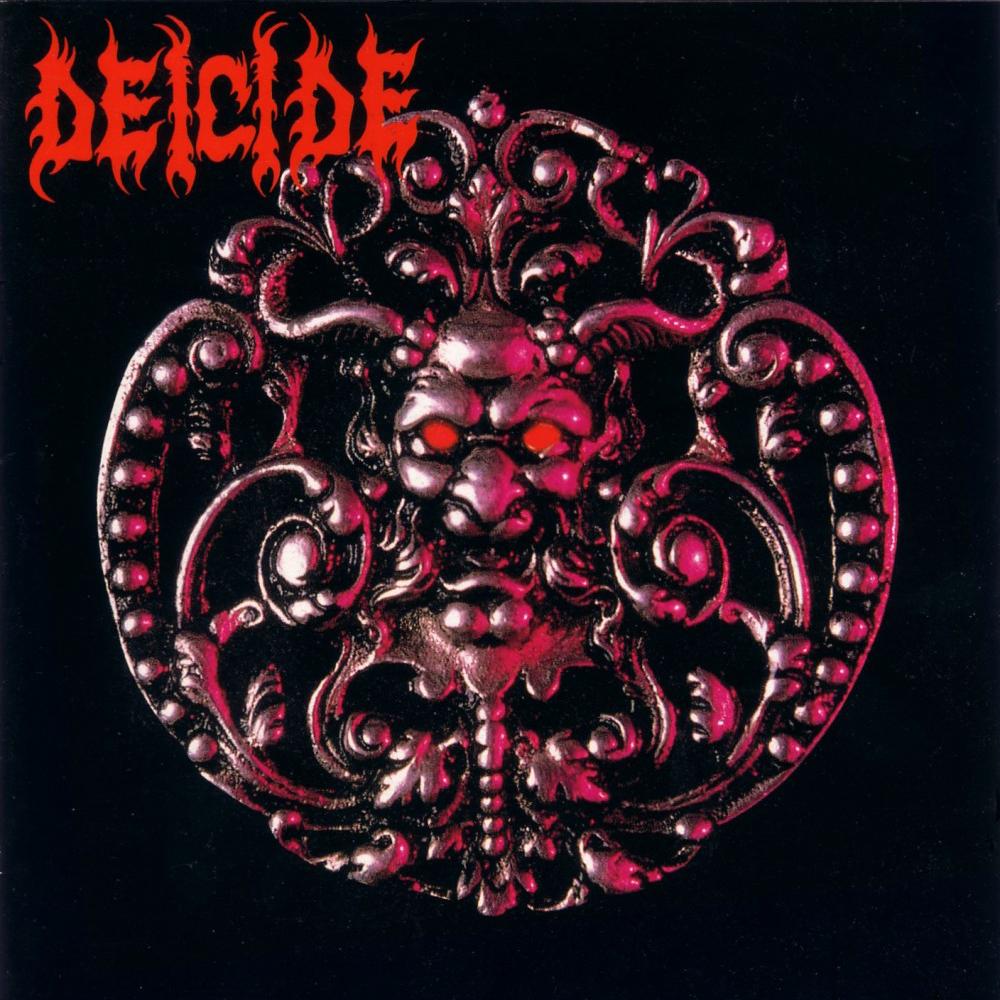 Deicide is one of the original Tampa death metal bands. Their career is one filled with exciting highs and depressing lows. In the first part of its career Deicide seemed destined for superstardom thanks to its solid line-up and two promising early albums. “Deicide”, the band’s debut from 1990, was stylistically derivative even for its time yet its unbridled aggression ensured its place in the annals of extreme metal history. A rushjob at behest of Roadrunner Records, the self-titled debut has Deicide in its purest form, unconcerned with industry pressure and free of the conflicts that would come to define the lamentable middle - and latter stages of the Hoffman era. “Deicide” is seething with pure unfettered blasphemous rage. 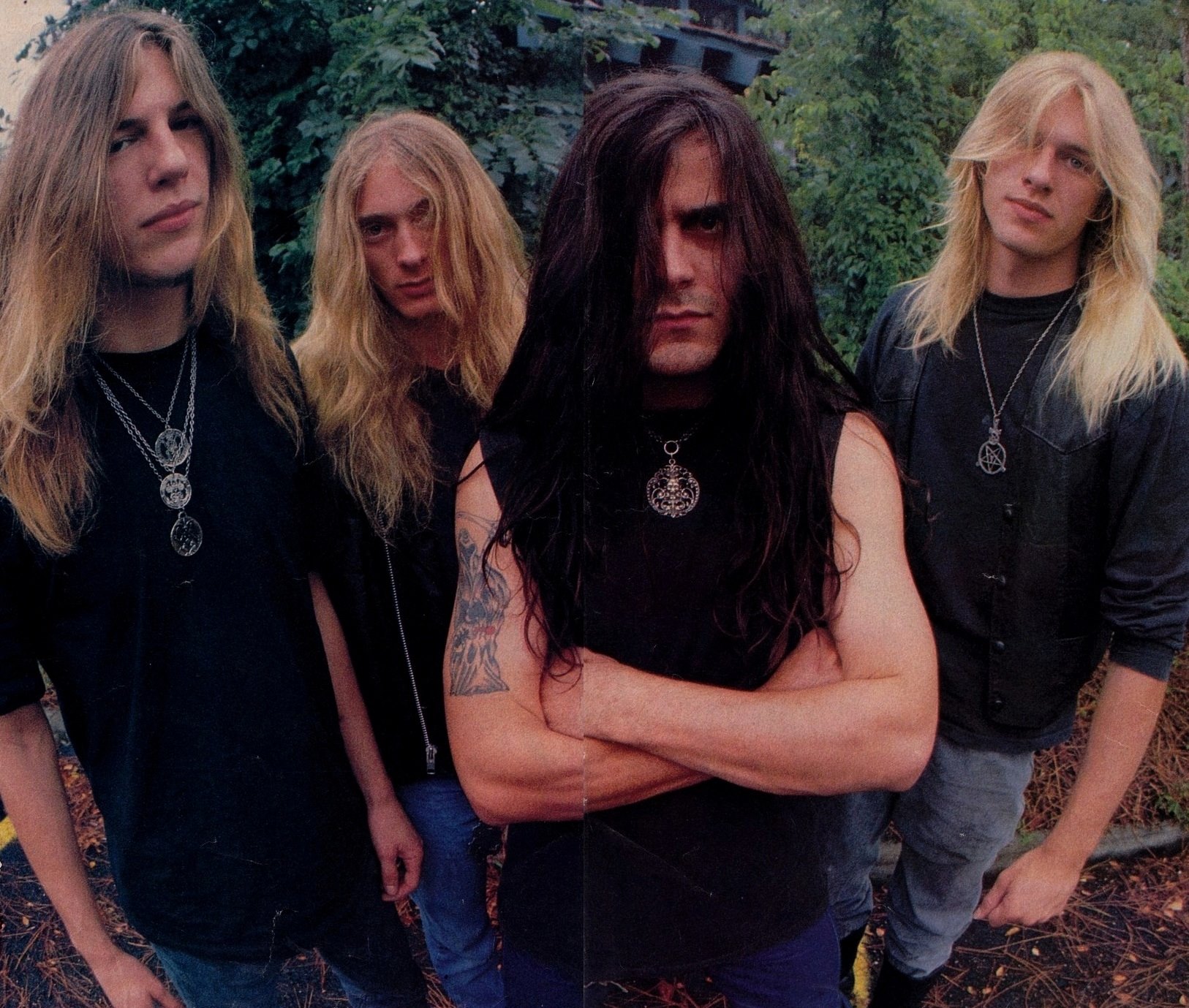 What would later be known as Deicide started in earnest in 1985 as an earlier formation dubbed Carnage. Carnage was formulated by lead guitar playing siblings Eric and Brian Hoffman with drummer Steve Asheim (who had relocated from New Jersey to Tampa, Florida to join the combo), and played covers of Slayer, Exodus, Celtic Frost, and Dark Angel songs. Upon the joining of singer Glen Benton (who replaced Joe Bafile from thrash metal outfit Degradation) Carnage gained notoriety in the nascent Tampa, Florida scene thanks to its graphic and intense live performances which saw the band sacrificing mannequins filled with animal intestines, and had frontman Glen Benton splattered in blood in what he suitably had dubbed “god deflecting” battle armor.

Carnage disbanded in 1986 as the band started to write original material. The combo re-emerged in 1987 as formative death metal band Amon. Even though they took their name from the Egyptian pantheon, none of the lyrics had any relation to Egyptian antiquity and/or mythology. Amon quickly wrote enough material for two crudely recorded and self-distributed demo tapes - the second of which was recorded at the prestigious Morrisound facility with local sound guru Scott Burns producing - that created enough of a buzz nationally to pique the interest from Roadrunner Records. It was at the behest of Roadrunner Records (that there were bands called Amon in the Czech Republic and Switzerland at the time was a plausible reason too) that Amon in turn changed name to the more fitting Deicide, the act of killing a divine being, prior to cutting its label debut record. 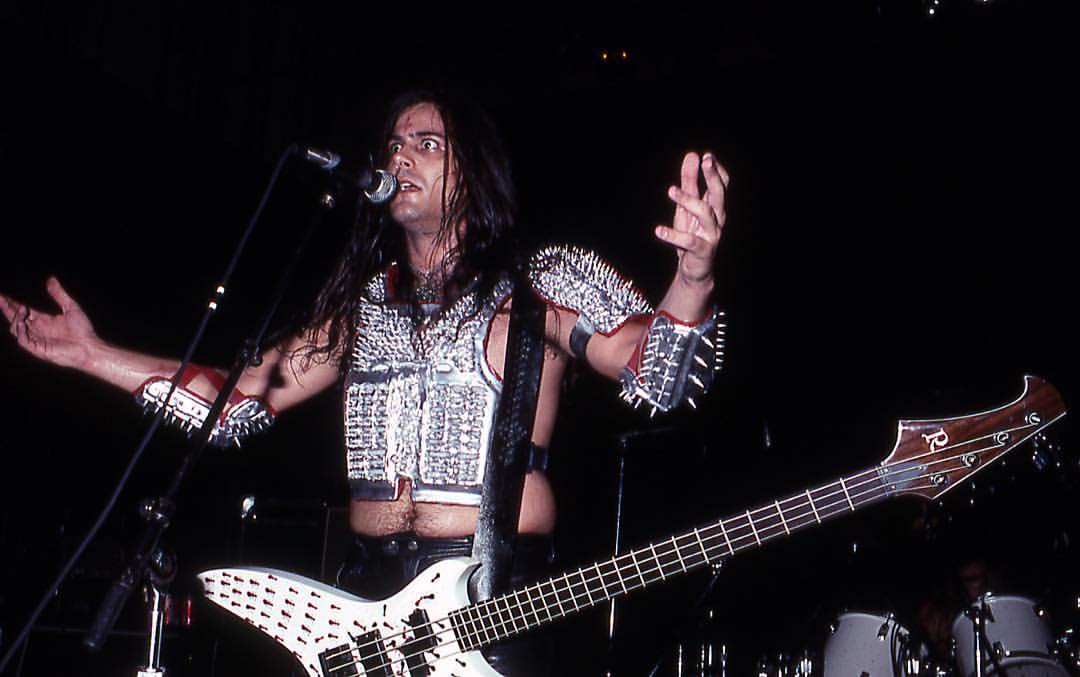 Frontman Glen Benton, a showman of the purest blood, was born in Niagara Falls, New York and raised in Tampa, Florida. In an act of youthful indiscretion he branded an inverted cross in his forehead after seeing Brian Hoffman do the same on his arm. More savvy than people give him credit for Benton, who runs the operational - and business aspect of the band with Asheim, would make increasingly outlandish statements in the press in order to drum up publicity whenever there was an album to be promoted. In tradition of British proto-metallers Venom, Benton realized that his Satanic rhetoric was an asset, and thus started to make a series of larger-than-life statements in the press. The band’s profile and mystique grew as Benton’s statements grew in outlandishness. The metal press, true to its sensationalistic and hobbyist nature, was all too eager and willing to indulge him.

“Deicide” was the first of a seven-album deal with Roadrunner Records. As with any debut it had the band in its purest form. All four members contributed to the writing process, and each of them was hungry, determined and enthusiastic. Half of the album consists of songs that directly betray its inspirations, the other half already hint at what direction its next album would etch toward. The debut has some of the most churning primal riffing and fiery soloing on any of the classic four Deicide records. One or two of the more technically refined tracks, especially cuts as ‘Sacrificial Suicide’ and ‘Carnage in the Temple Of the Damned’, are stylistic precursors to the band’s only rightful classic “Legion”.

The album comprises almost entirely of re-recorded tracks from the 1987 “Feasting the Beast” and the 1989 “Sacrificial” demo tapes when the band still was called Amon. ‘Oblivious to Evil’ was known as ‘Oblivious to Nothing’ in its original incarnation. That the album is bookended by the sound of a vault door speaks volumes of the band’s awareness that it was recycling old material. Only ‘Deicide’ and ‘Mephistopheles’ were written specifically for the session. Most of Deicide’s material is redolent of “Seven Churches” Possessed, and Death (“Scream Bloody Gore” and “Leprosy” in particular). The sheer force that Deicide brought to the proceedings made them legends in their own right. The percussive propulsion of Steve Asheim coupled with the fiery lead trade-offs from the Hoffman brothers, Eric and Brian, only added to the intensity. 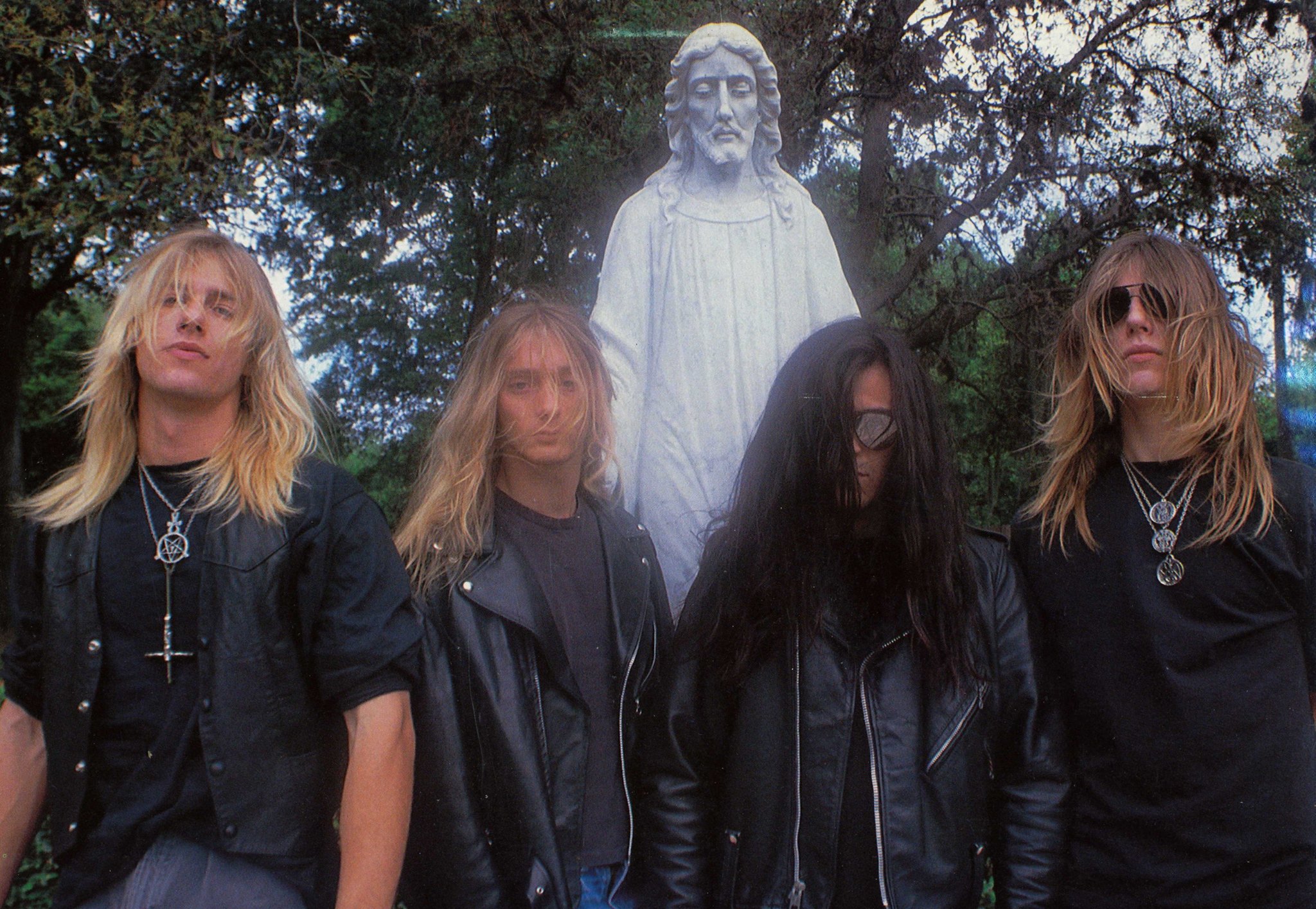 As the purest and most unrestrained of all Deicide's output there’s no shortage of absolutely spectacular musicianship. Frontman Glen Benton is memorable mostly for his ferocity. It are drummer Steve Asheim and lead guitar siblings Eric and Brian Hoffman that are the true stars of the record. The stand-out solos can be heard on ‘Sacrificial Suicide’, ‘Oblivious to Evil’, ‘Blaspherereion’, ‘Carnage in the Temple Of the Damned’, ‘Mephistopheles’, and ‘Day Of Darkness’. The album is custodian to Benton’s most versatile, passionate and bestial vocal performance, even though pitch shifters and harmonizers were used on some tracks.

The debut stands as one of Deicide’s most diverse offerings, lyrically. ‘Lunatic Of God’s Creation’ glorifies the life and work of serial killer, cult leader, and latter day pop icon Charles Manson. ‘Dead by Dawn’ details the plot of the Sam Raimi horror flick “The Evil Dead II”, and is clearly inspired by “Scream Bloody Gore” era Death musically. ‘Carnage in the Temple Of the Damned’ is about Guyana cultist Jim Jones. ‘Crucifixion’, a portmanteau of 'crucifixion' and 'fixation', details the regressive fundamentalist Christian mindset that admires blood, suffering, agony, the drinking of their god's blood and the eating of his body.

“Deicide” was the first of many Deicide efforts to be recorded at death metal hit factory Morrisound Studio with sound guru Scott Burns handling the production. Burns was able to capture Deicide’s primal fury and give them the crunch that they required. It was a production band, nor studio, was able to recapture. “Deicide” has the crunchiest, most vibrant yet concrete guitar tone, and a massive, commanding drum production that allowed every little detail that Steve Asheim put in to be clearly heard. The sheer ferocity of the Deicide debut would inspire Buffalo, New York combo Malevolent Creation to its own brand of extremity. The lead trade-offs between the Hoffman siblings would be replicated in whole by Diabolic a decade later. Benton’s alternating vocal style of grunts/shrieks would become a convention in the genre.