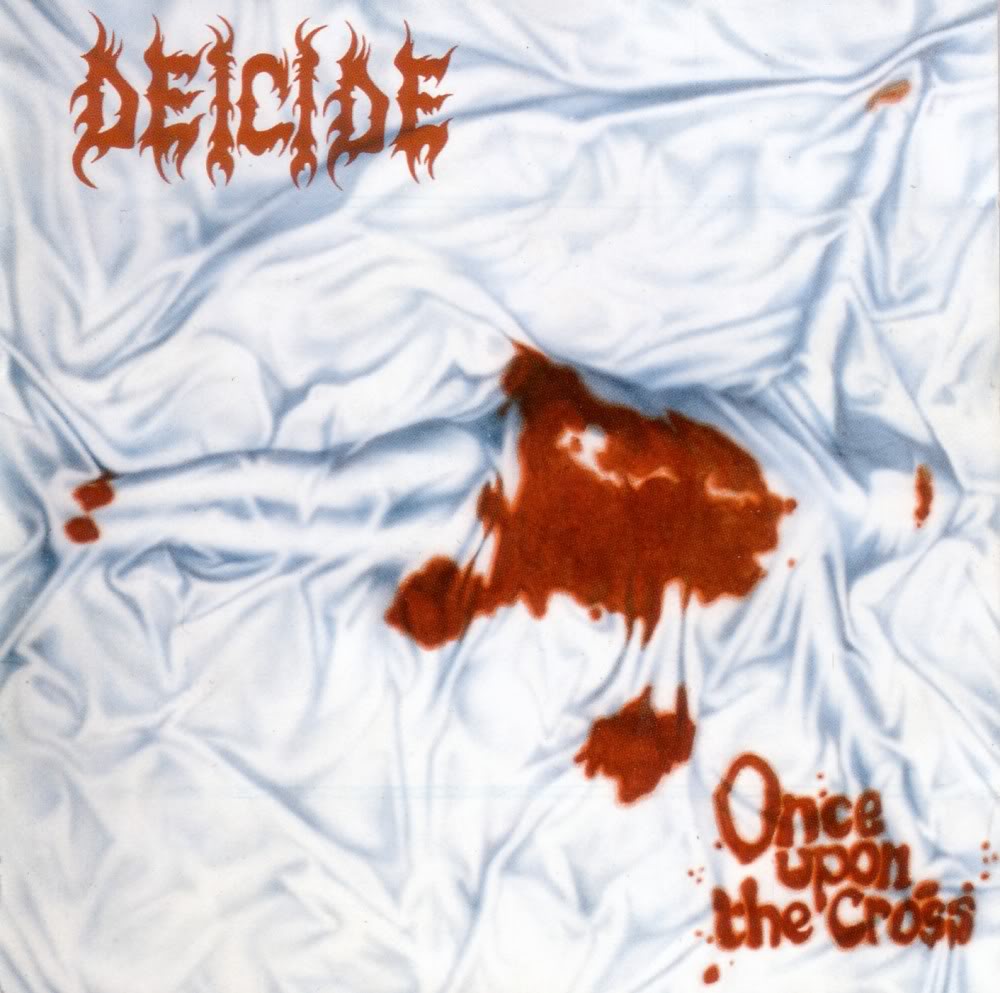 Upon the completion of their most accomplished and complete vision Tampa, Florida bruisers Deicide realized they had fulfilled what little potential they had. Realizing that they couldn’t top the unhinged primal ferocity and abstract technical songwriting of “Legion” Deicide scaled down its assault into a more accessible format. Above all else “Once Upon the Cross” is an exercise in simplification, with shorter, punchier songwriting in comparison to the ambitious record that preceded it. That it curiously coincided with the emergence of the populist groove metal sound makes it all the more lamentable. “Once Upon the Cross” was the last hurrah of a once-promising act.

The biggest strike against “Once Upon the Cross” is how much the songwriting objective had shifted from the ambitious heights of the divisive preceding album. The main priority with the songwriting choices for this album were those of stylistic simplification and a greater focus on groove. For a band once praised for its sheer ferociousness “Once Upon the Cross” sounds remarkably controlled and docile. Allegedly the Benton-Asheim axis wrote the majority of the record. According to frontman Glen Benton tutor Ralph Santolla wrote all of Eric Hoffman’s leads. That the album barely reaches the half hour mark isn’t a detriment in itself, but it is a telltale for the band’s imminent deterioration. 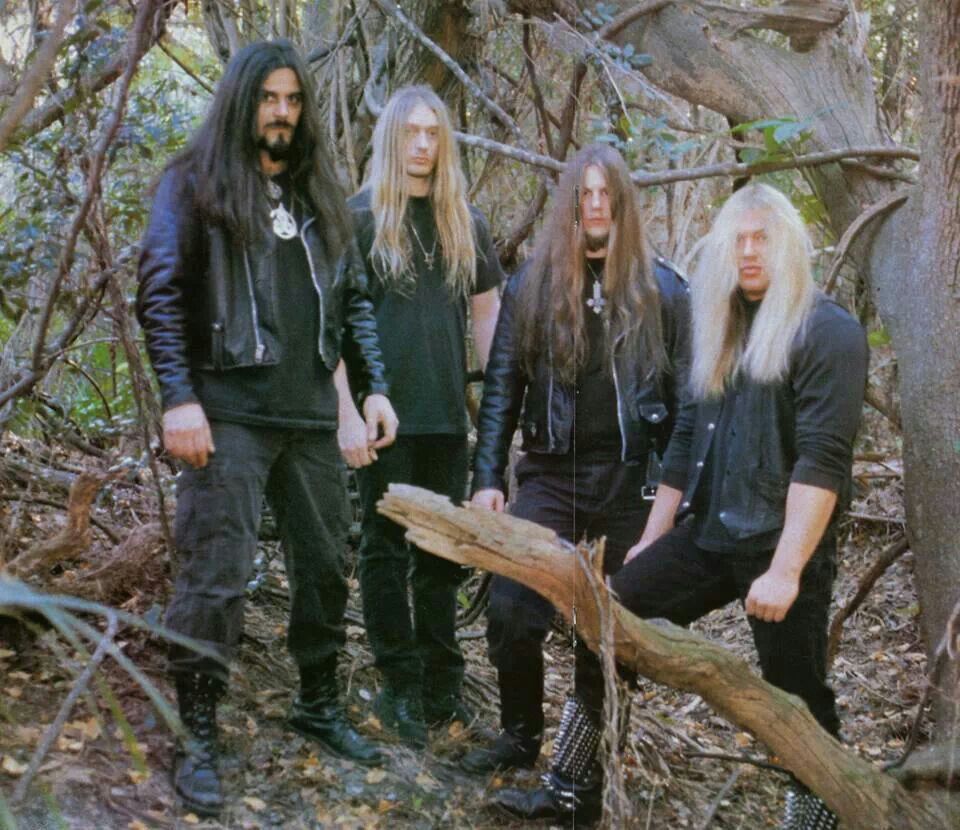 The enduring power of “Once Upon the Cross” doesn’t lie so much in the strength of its material, which was much more simplified and streamlined compared to the preceding “Legion”, but in the deceptively clever way said material was arranged. “Once Upon the Cross” is a return to the writing style of its self-titled debut of half a decade before. The main difference lies in the arrangements that are far more fluent and nuanced. The flow of the album is undeniable. The strenght of the writing is derived mostly from the phrasing of the riffs and the way that the drum patterns are laid out in unison with vocals and bass guitar. “Once Upon the Cross” was the most straightforward material the band had written up to that point, and it are the arrangements that give the illusion that it is far better than it actually is.

‘Once Upon the Cross’ is Benton’s interpretation of the Temptation of Christ in the Judaean Desert parable chronicled in the Gospels of Matthew, Mark and Luke. ‘They Are the Children Of the Underworld’ chronicles the Annunaki, a group of Sumerian deities who dwell on Earth and in the underworld. Their name loosely translates to "those of royal blood," or "heaven and earth." ‘Confessional Rape’ protests molestation and sexual abuse by men of the cloth. Adding a degree of sophistication to Benton’s largely anti-Christian rhetoric both ‘Once Upon the Cross’ and ‘Trick or Betrayed’ open with very brief samples from “The Last Temptation Of Christ”, the Martin Scorcese screen adaptation of “The Last Temptation”, the controversial 1953 historic novel by Nikos Kazantzakis.

The album is custodian to the classics ‘Once Upon the Cross’, ‘When Satan Rules His World’, ‘They Are the Children Of the Underworld’, ‘Behind the Light Thou Shall Rise’ and fan favorite ‘Kill the Christian’. For the only time Deicide was allowed the luxury of a music video. It wouldn’t be until “Scars Of the Crucifix”, nearly a decade later, that the band would have another promo video to support an album in the visual media. Even though “Once Upon the Cross” was a product of obvious simplification, it had lost none of the bite and ferocity whereupon Deicide had built its infamously inconsistent career. Their better days were now well behind them.

Returning to the familiar surroundings of Morrisound Studio with trusted producer Scott Burns at the helm “Once Upon the Cross” is the best sounding album of that era. A level of previously absent smoothness and digital gloss pervades the incredibly bass-centric production. The bass guitar tone is thick and oozy excusing the fact that Benton was never the most gifted of players. Scott Burns’ mix combines organic warmth with the right amount of gloss. “Once Upon the Cross” was mastered by George Marino at Sterling Sound in New York. Steve Asheim here has a drumtone, similar to that of the Morbid Angel album “Domination”, that he wasn’t able to replicate, before or since. 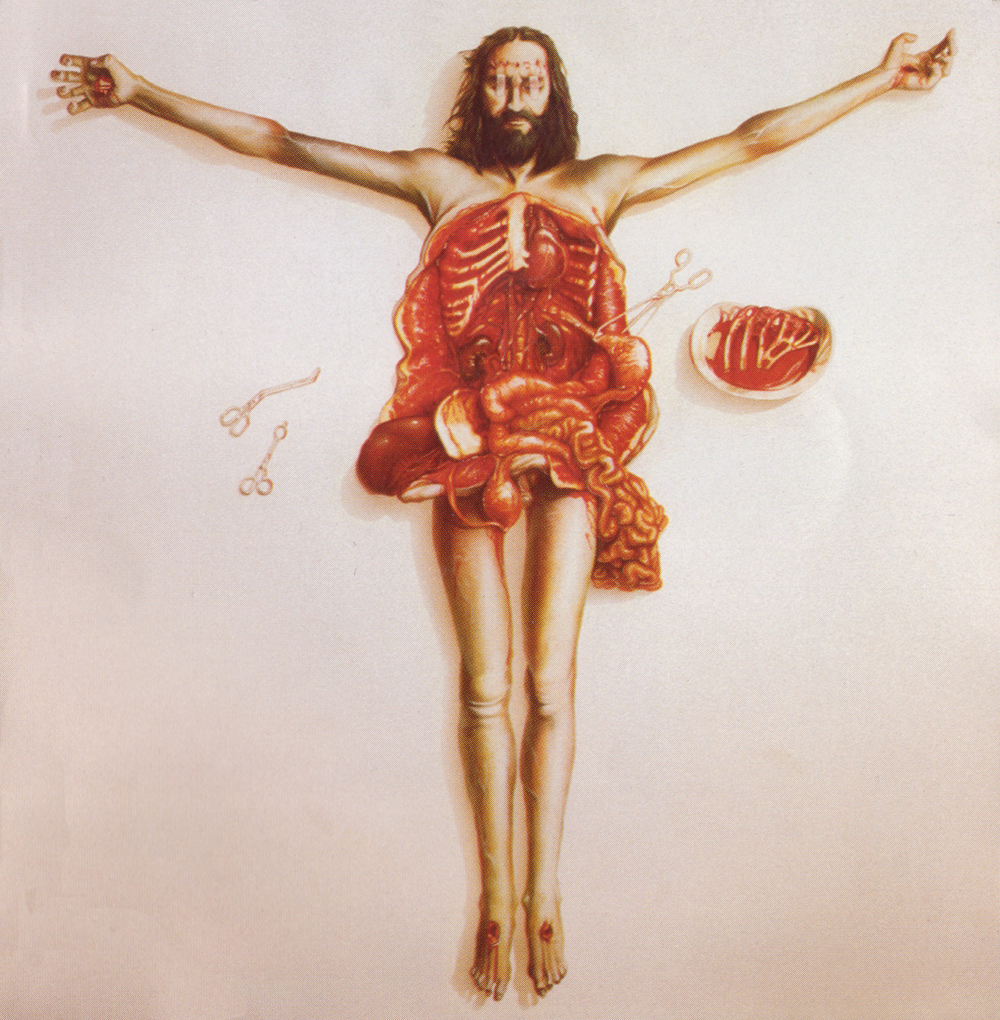 The iconic artwork was airbrushed by English artist Trevor Brown, who famously had seen his proposed artwork for the Cannibal Corpse “Hammer Smashed Face” EP rejected by the band on grounds of being “too realistic” in the medical sense. The album artwork he had rendered for this record was deemed too offensive for retail, and it was censored into its current form.

The intended artwork, in its uncensored form, can thankfully still be found in the booklet. While often described as an autopsy on the body of Christ (due to the presence of certain medical equipment), a closer glance reveals that it actually depicts a disembowelment. The revised artwork was inspired by the Shroud of Turin. The stains on the sheet shatter the illusion of the messiah’s transcendence. He is only human, this Christ figure, mortal and of mere flesh and blood, as his disciples. Due to the uproar over the blasphemous artwork the album managed to land at number 66 in the national British charts.