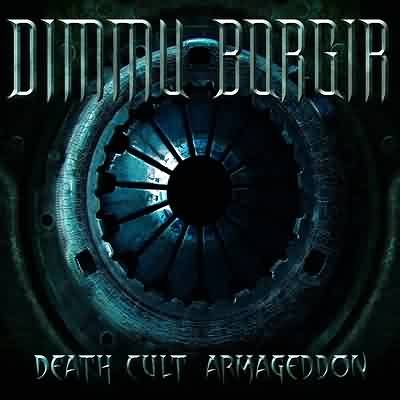 Everybody’s favorite circus metal act returns for another round of the most overblown, symphonic metal this side of latter-day Nightwish. Like that Finnish band they also rely on superficial trivialities to hide the fact that they play pop music. At least Nightwish had Tarja Turunen to front the band, whereas Dimmu Borgir are a bunch of wimpy, old Norwegian men who look like they frequent a gay biker club. Where “Puritanical Euphoric Misanthropia” was a blasting helping of semi-industrial, sometimes orchestral but always irritatingly catchy death/thrash metal – this new record is a whole new level of awful. Once again Demon Burger was able to secure a full-blown philharmonic orchestra to back up their music, and what do they do with it, you ask? Well, they do what they always do: blare the keyboards louder! Bring on the chugging! Let Shagrath do that spooky vocoder speech! How somebody can take this band serious is something I’ll never understand, likewise I fail to understand how they remain popular, or relevant. 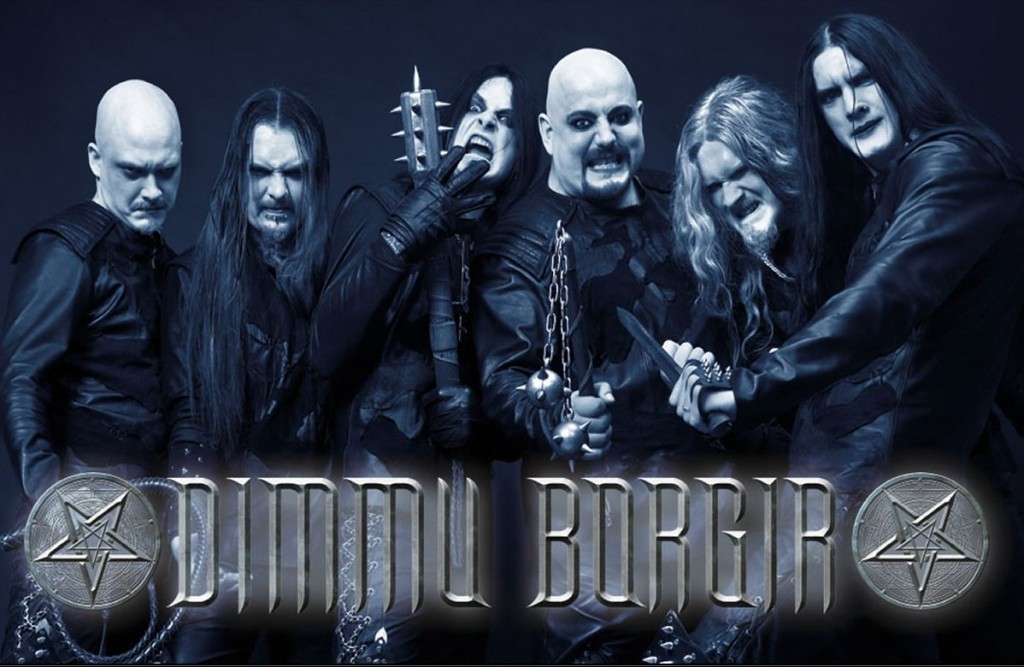 “Death Cult Armageddon” (no, really. I kid you not) is the latest in Demon Burger’s line of orchestral backed productions, and it is the most offensive and downright stupid one to date. It is the fourth of a five-album cycle wherein the band employed a three-word album title as an easily recognizable gimmick. The album is a loose concept album about an unspecified death cult bringing on the end of the world for some reason that isn’t made entirely clear. Why exactly the death cult wants to bring on the end of the world, or what objective such an extinction level event is supposed to serve is never explained. You wouldn’t be able to tell this from the lyrics, or even the song titles – but there you have it. That should tell you something about the amount of thought put into this whole concept and the album’s narrative. They even namecheck an early Mayhem song in the lyrics to ‘For the World to Dictate Our Death’. As per usual the lyrics, like the music, tend to go nowhere. The guitar playing is rather docile compared to the preceding album, and there’s plenty of chugging to be found. Barker is reined in compared to the last album, but the orchestra now seems to take over the keyboards’ initial role. The orchestra is the lead instrument, and the band is happy to just chug along like they always have done.

This record is the preceding album’s signature track ‘Architecture Of A Genocidal Nature’ stretched out to feature length, with even more tame riffing and more orchestral parts to hide the fact that there were no new ideas in this latrine of mediocrity. There were no interesting song structures or ambition left apparently, because this sounds phoned-in and half-hearted at best, guys. Oh sure, Abbath from Immortal lends his tired froggish croak to two songs on the album, and there’s a few of them sung entirely in Norwegian. Is that supposed to be a selling point? Thank Houde the band opted to write in Norwegian again, that at least spares us two tracks of incoherent and disjointed “evil” lyrics written with a thesaurus in each spiked hand. Dimmu Borgir is known for a lot of things, but good lyrics aren’t generally among them. This record doesn’t change any of that. The lyrics are still entirely overcooked, half-baked concepts of evil with a lot of expensive words that don’t make a lot of sense, within concept or on their own merits.

‘Progenies Of the Great Apocalypse’ was featured in the opening credits of MTV’s Battle For Ozzfest reality-show/contest in the dying years (2004) when that channel still was dedicated to music, and not lifestyle and stupid pregnant teens. Granted, ‘Progenies Of the Great Apocalypse’ has a strong, bombastic opening. In parts it channels the “Hellraiser II: Hellbound” theme from composer Christopher Young, which is a plus. But beyond that it has little of note to offer. The first seeds of “Abrahadabra” are planted with this track, and from a compositional point it summarizes everything the band has made a routine: colossal riffs, intermittent chugging, keyboard/orchestra breaks, the clean-vocals section – otherwise they just let the orchestra do the heavy lifting for them. The entire movement of the track is based upon the orchestra, and not the band. Which is strange, because the band would never be able to afford orchestral backing for any sort of extended touring campaigns, domestic or international. Therefor it is strange for Dimmu Borgir to rely so heavy on the orchestra in terms of song construction, instantly recognizable hooks and arrangements. Now this has become clearer than ever before.

On its face “Death Cult Armageddon” is very similar to “Puritanical Euphoric Misanthropia” in terms of overall tone and construction on a number of levels. Actually, it could be argued that the album is two sides of the same coin: “Puritanical Euphoric Misanthropia” being the fast one and “Death Cult Armageddon” is its slower, more atmospheric counterpart. What “Puritanical…” lacked was atmosphere is what this record has in spades. Sure, the atmosphere is overcooked, silly and more comical than menacing, obscure, oppressive souding or threatening, but at least there’s atmosphere. The somewhat dark atmosphere of “Enthrone Darkness Triumphant” has been long since abandoned, and there are no signs of it ever returning. How does the record sound? This sounds more like the Star Wars prequels than, say, Limbonic Art or Emperor. I realize this is a weird comparison for a music album, but other than being catchy and having the type of riffing that instantly makes one’s head nod, there’s nothing else here. Lots of slow chugging, lots of orchestra flourishes, keyboards everywhere else – most of the time the metal feels tacked on, and unnecessary – but since this is a metal band we are supposed to applaud this band for combining the elements they do. Why? Hollenthon did this far better with actual classical pieces in the public domain on their first two albums “Domus Mundi” and the absolutely stellar “With Vilest Of Worms to Dwell” – is Demon Burger better or more compositionally ambitious than that band? No, not in the slightest. They do have better PR and continual financial/tour support.

“Death Cult Armageddon” is a lot of things. It is the most overblown and ridiculous in terms of imagery and promo videos. No, really. Just watch the promo video for ‘Progenies Of the Great Apocalypse’ on YouTube, and try not to break down in random fits of laughter. Cradle Of Filth is cheesy with its official music videos, but this is stupid in new, previously unattainable ways. It was the last record to have English hulking bald man Nick Barker behind the drums. It was the first since “Stormblast” (the 1996 original) to have songs sung in the band’s native Norwegian. Mostly it is very underachieving and, well, it is not very good outside of how catchy everything is. For one it makes one long for the type riffing that could be found on “Enthrone Darkness Triumphant” because that actually had some quantifiable pulse and liveliness to it. Sure, it was lifted from better bands and better albums, but at least there was something about the riffing. Here it is stale and generic for no other reason but to not intrude on the orchestral – and synthesizer sections that are the crux for the great majority of the cuts with this album. It is a puzzling decision that indicates that Demon Burger never really cared too much about the riffs, chord progressions and the whole metal aspect of their product in the first place. Like the record before it, this had better functioned as an EP because about 5 track in I get the distinct feeling in my gut that wants to throw on some actual metal with riffs and chord progressions that don’t feel tacked on and artificial.

In their Nuclear Blast tenure Dimmu Borgir never was, and never has been, black metal by any stretch of the imagination. “Death Cult Armageddon” has the band at its lowest, its most banal. They never were the most imaginative band to begin with, and this has only exacerbated by their continuing downward spiral in terms of instrumentation and songwriting. Whereas the band was mildly tolerable in its brighter “Enthrone Darkness Triumphant” days, here they have actually managed to regress in ways stereotypical of the average garage-level demo band. While other bands grow more ambitious, in terms of musicianship and writing as its catalogue amasses, Norwegian outfit Dimmu Borgir has managed to do the exact opposite. Anybody who seriously deludes him/herself into thinking this band matters, or that they play black metal needs to venture out of the clutches of mainstream metal fandom and opinion. Popularity should never be equated to or confused with actual talent and/or musical merit. There are plenty of metal bands, above and below the mainstream, that are and remain popular for reasons I will never understand. This band never had a whole lot to offer. “Death Cult Armaggedon” spells the musical death of an already outrageously overrated and mediocre band. This review will probably piss off its fair amount of Demon Burger apologists and fanboys, but the sooner people start abandoning this band’s fanbase the better. There is far better music to be found in the metal scene, boys and girls. This is not the band to look up to.