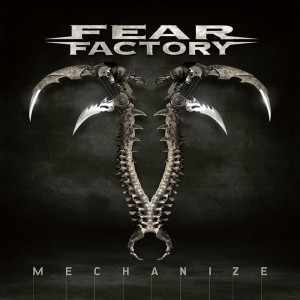 “Mechanize”, the first effort of the band’s second reformation, is a mixed bag. It stands to reason that it was the most aggressive, and heaviest record since the band’s 1992 debut. It is the first since 2001’s “Digimortal” to feature both Burton C. Bell and Dino Cazares, who reconciliated their differences and rekindled their alliance in the aftermath of the “Transgression” debacle, on the same record. Complemented by a new rhythm section that was only to last for a single outing “Mechanize” offers more of the same, arguably in a more brutal fashion, but not necessarily better at that. That the band was passed its prime was more than clear on the two Cazares-less albums - of which only the first was worth hearing - that preceded it. No amount of gloss can hide full-on creative decay.

Fear Factory returned to its more aggressive “Soul Of A New Machine” sound, but within the stylistic formula established by “Demanufacture”. On the whole it was a decent approximation of the “Demanufacture” sound, but it failed to recapture the same spirit and conviction that album held. “Mechanize” sounds like an imitation rather than a continuation. The bass-heaviness has notably increased, and Stroud’s murky bass guitar tone remains intact from the one introduced on “Archetype” a couple of years before. The same ailment that defined “Archetype” is present on this record. “Mechanize” does its best in reminding the listener that it is a Fear Factory record in lieu of actually being one. This isn’t surprising in the slightest as both this record, and its aforesaid predecessor, was borne out of a situation of conflict against an opposing faction. 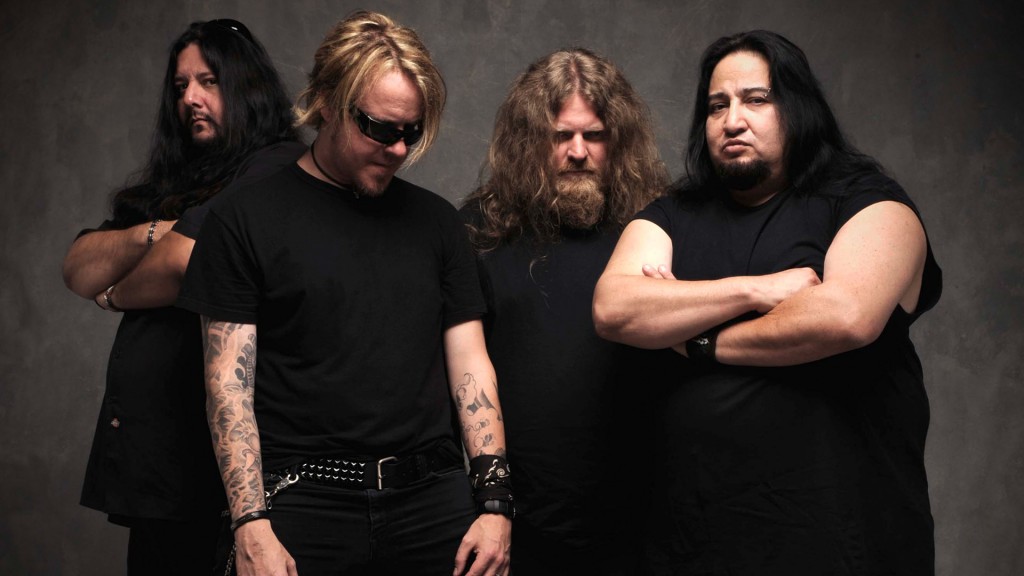 The lyrics are in fact more in line of “Soul Of A New Machine” in the sense that they more personal, venomous and direct. As implied by the album title the lyrics abstractly deal with the subject of man becoming part of the authoritarian, corporate, government and military machine, becoming structurally mechanized and ensnared in various aspects of society. The allusions to and usage of sciencefiction imagery remain present, but the lyrics are far more direct and confrontational than they have been in a long time. Despite the confrontational nature of most of the lyrics, they are surprisingly low on expletives. Subject of several songs is the acrimonious split with former members of the classic rhythm section Christian Olde Wolbers and Raymond Herrera (‘Powershifter’, ‘Designing the Enemy’). It goes without saying that this is hypocritical from Bell’s part as he spent a good amount of time spitting venom at his current partner on “Archetype”. Other subjects of the record include condemnations of organized religion (‘Christploitation’), mass media fear mongering (‘Fear Campaign’), the 9/11 terrorist attack (‘Controlled Demolition’) and euthanasia (‘Final Exit’).

In an attempt to retain as much control over the product as possible Cazares and Bell made sure that everything - from writing, production and eventual release - were kept strictly “in-house”. As a result of having next to no input from external voices much of “Mechanize” ends up sounding like a somewhat thicker sounding Divine Heresy record without any of the overt metalcore stylings of that band, and with a slightly superior vocal style. Burton C. Bell’s vocals show their deterioration as years of heavy touring and aging have taken their toll in his vocal chords. Especially his cleans - which were never particular good to begin with - now resemble a bad Paul Hewson (Bono from long-running Irish rock/pop band U2) impression. 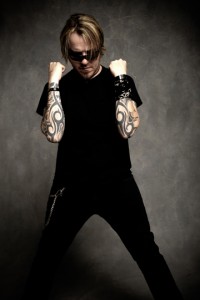 “Mechanize” isn’t one of Bell’s better performances. His shouts remain serviceable, but his clean singing is as appallingly awful as it has ever been. The contrived harsh-clean dichotomy doesn’t help matters in the slightest. Dino Cazares’ performance fares better as his riff set has improved ever so slightly, and now he even does a fiery solo in the video track ‘Fear Campaign’. The album is opened with factory sounds of metal being crushed, and instead of exploring the template that “Demanufacture” set years before the duo is content to just reproduce it, in sound as much as in pacing and overall structure. As much as the record is often sold as a return-to-form it is in actuality a mere reminder that the reviled Cazares-Bell axis at least remembers what got their band signed in the first place so many years ago.

As much as “Mechanize” considers itself a modern day throwback to the brighter “Demanufacture” days, several key aspects seem to be missing. Instead of working with Dave McKean (as on the classic albums) Fear Factory commissioned artwork by American artist Anthony Clarkson. The bass guitar, once so formidable in the band’s prime era material, is docile and unremarkable. The band is also far way from the days of “Obsolete” where imagery, lyrics and music worked in unison to sell its conceptual techno-apocalypse narrative. Conception 5, Bell’s short story that formed the basis for the record, was hardly revolutionary in that regard – but it was still leagues better than the very broad socio-political – and interpersonal subjects the band chooses to tackle on this platter. It’s quite hypocritical in fact to hear Bell spitting venom at former members Christian Olde Wolbers and Raymond Herrera, just a few short years after lashing out at current co-conspirator Cazares, with whom he is now aligned. No amount of vitriol can mask the fact that the band now has to lower itself to personal attacks against former members as a basis for song material. The factory has been long since abandoned.

The new rhythm section consisting of Byron Stroud (bass guitar) and Gene Hoglan (drums) makes a serviceable debut, but is criminally underused otherwise. Hoglan’s involvement with the band was merely at the request of his long-time friend Byron Stroud. Hoglan is credited with co-writing half of the songs of the record. ‘Designing the Enemy’ is special in the sense that is has its electronic drums programmed by Devolved skinsman John Sankey. Sankey’s involvement as a studio musician with the project effectively foreshadows the follow-up to this record, as the band would remove any other band members in favor of its central duo. “Mechanize” was recorded at Surplus Studio in Van Nuys, California with Rhys Fulber producing, alongside Dino Cazares and Burton C. Bell. It is the first of two Fear Factory releases on Candlelight Records through a licensing deal with Cazares’ and Bell’s Oxidizer, Inc. publishing company. A promotional music video shot for ‘Fear Campaign’ and a live video for ‘Powershifter’. Additionally, a third single was released with atmospheric album closer ‘Final Exit’. 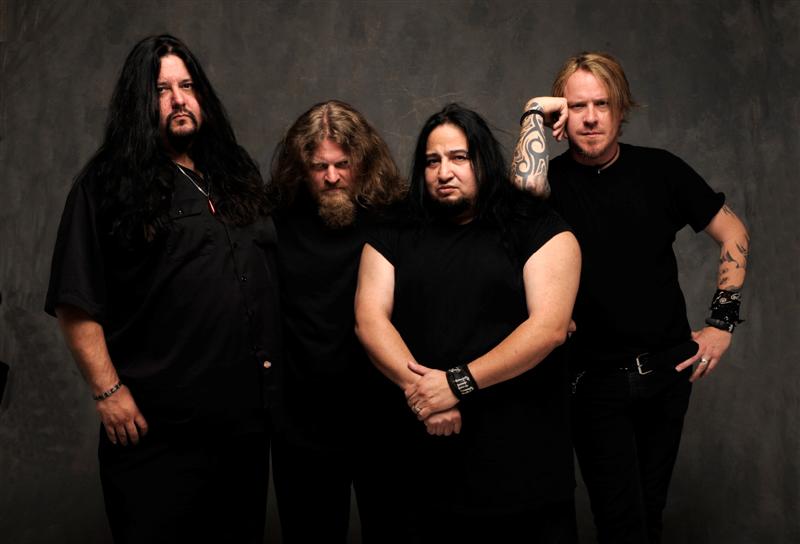 That the same critiques that were leveled at “Archetype” can be applied to “Mechanize” is not surprising in the slightest. Both records were conceived under virtually similar circumstances, but by opposing factions. What is surprising is that Burton C. Bell partook in each incarnation, and changed alliance to whichever faction seemed to have the strategic upperhand. Another thing that the record amply demonstrates is that both factions in fact need each other in order to write its most coherent and poignant material. “Mechanize”, much like “Archetype” before it, is merely functional from a technical standpoint, but hardly the pined for return-to-form. Ever since its second reformation Fear Factory has been missing its crucial part: its soul. Even though the production values have increased to the point of artificiality, and the pace has been upped considerably – what remains is a hollow husk of a band, as banal and pedestrian as it was, that was once on the brink of making a dent in the mainstream metal scene.