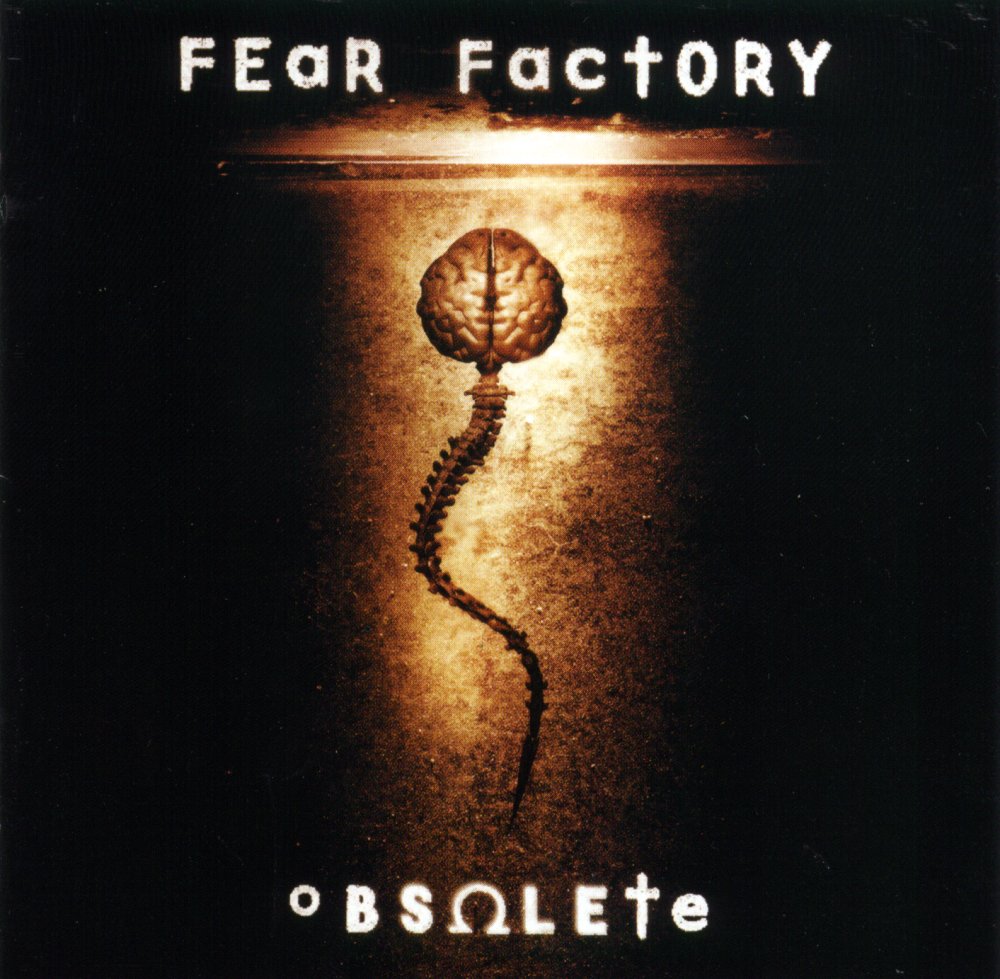 “Obsolete”, the third Fear Factory record, isn’t so much the next evolutionary step in the band’s development as it is a mere refinement. It is the second in its ongoing man vs machine narrative, and the one that established Fear Factory as veritable metal force. Fully capitalizing on the sound of “Demanufacture”, “Obsolete” relies even more on groove, and pumping rhythm sections. It doesn’t deviate much from the preceding album’s template, as it merely puts in pace a better overall pacing. Despite only superficial changes it was its concept that made it stand out from its predecessor. For its third album all crucial pieces fell in place, and it rightly cemented the band’s status as new hopefuls in the genre. That it got a good marketing push from the label helped too. 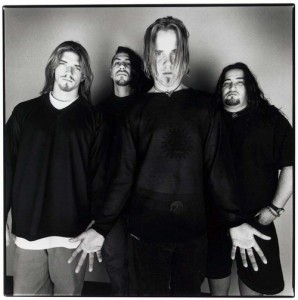 The record based around a short story called Conception 5 written by frontman Burton C. Bell, the story itself was inspired by classic scifi novels “Brave New World”, “The Boys From Brazil” and “1984”. The plot of the story deals with Edgecrusher, an escapee from the Maxi-Security Containment Facility and member of the rebellious Faction, who attempts to bring down the powers that be in a dystopian highly monitored police state. In his quest he is chased by various enforcers, the Smasher/Devourer reconnaissance module and his efforts of dissension are constantly monitored by the global Securitron surveillance/law enforcement system. The essence of the story is that mankind has been rendered obsolete as the machines become the primary citizens of earth. Interestingly, the lyrics are written in the form of a screenplay, which has the added advantage of providing a cinematic aspect to an interesting plotline. The ‘Smasher/Devourer’ track is noteworthy as it uses religious imagery and a Biblical passage. It uses a variation of the John 14:6 verse to great effect, emphasizing the oppressing authority of its second antagonist. Late in the story Edgecrusher stumbles across a crucifix in a derelict church.

Each track represents a certain vignette or scene from either the protagonist’s or antagonist’s point of view, but it barely manages to scratch the surface of the more interesting subject matter the story is barely able to address. The plot raises questions about the militarization of the police force, the treatment of political prisoners and terrorists (and its corresponding ethical questions), government surveillance, mass media fear mongering and demagoguery, the arms race, the military-industrial complex, the opaque relation between government and corporations, and the function of religion and propaganda in creating and maintaining a culture of fear. Conception 5 is stringed together by well-known genre tropes, and even a number of clichés – but as the basis for a more expanded treatment it is a solid foundation, to say the least. It is unfortunate that Fear Factory never explored it further. The narrative has been continued through out future releases, but none of it was ever futher deepened besides its superficialities. The story has so much more depth, and directions worth exploring that it begs the question why the band never saw it fit to explore the “Obsolete” narrative further in any subsequent releases. Not so much in the dreaded se/prequel form, but as a mere expansion on existing themes and established concepts set within the same narrative universe. This was the band’s first fully conceptual release, and that so little was done with it is in the long run is more than just unfortunate. There was so much more here.

The album is the recording debut for bass guitarist Christian Olde Wolbers, as such it is no surprise that the album is much bass-heavier and bass-centric than its predecessor. Olde Wolbers even plays stand up bass on ‘Edgecrusher’. Along with the increased bass levels comes a greater reliance on Bell’s clean vocals, which are pretty tolerable here. “Obsolete” moves away from the groove sound of “Demanufacture” in favor for alternative music stylings. The rhythms and vocal patterns of ‘Edgecrusher’, for example, border on hiphop territory and choice of cover track is telling in how it effectively foreshadowed the direction the band would take on this album’s successor. Supposedly there are elements of progressive metal on “Obsolete”. Which is hard to believe as nothing on this album, from a writing - and playing perspective, even qualifies as such. “Obsolete” is as mainstream as groove metal of this ilk tends to come. This would become even more obvious on “Digimortal” which took that idea to its logical extreme.

The album has a trio of ballads that occur in the album’s considerably lighter second half. ‘Descent’ arrives at the midway point, and it is a groovy power ballad that derives most of its strengths from its emotive chorus. ‘Resurrection’, for which a properly budgeted music video was shot, is a power ballad in tradition of the Head Of David cover on “Demanufacture”. ‘Timelessness’ is a ballad complete with a chamber orchestra string section, while musically it is a variation of what ‘A Therapy For Pain’ did on the preceding album. Following that the limited edition digipak of the album includes five bonus tracks. Of those five one is a cover track of the Tubeway Army song ‘Cars’, for which another glossy music video was shot, and on which Gary Numan, founder of Tubeway Army, provides guest vocals. Principal photography was shot for ‘Edgecrusher’, the proposed third single for this album, but it was never completed due to time - and financial constraints.

The majority of the album was recorded at Mushroom Studios in Vancouver with additional tracking done at Armoury Studios in Vancouver, British Columbia. Arguably, “Obsolete” is a good deal heavier than “Demanufacture”. Not so much in terms of writing – but due to the fact is guitar tuning is far lower than its career-defining predecessor. In fact it stands to reason that the guitar tone, while crunchy, is far breezier than the rather concrete tone of its predecessor. The drum kit doesn’t sound as sterile as before, and the whole record bathes in an aura of organic warmness, which is a first. Imagery, lyrics and music are in perfect symmetry, and from a conceptual point of view it is probably the most complete Fear Factory product. Once again the band commissioned artwork by Dave McKean, and his bleak dystopian vistas work well with narrative of the album.

“Demanufacture” upped the ante on the visual side, but it wasn’t until “Obsolete” that all aspects of the product worked in unison to help push the band’s narrative concept of man versus machine, and its reliance on technology. For these reasons “Obsolete” is the best Fear Factory release by a considerable margin. Even though it embraces all populist sounds of the day, the essence of Fear Factory remains unchanged through out all the cosmetic changes that occurred otherwise. Everything has its purpose, and nothing is wasted on trivialities. It truly is a creative high mark in a genre that was artistically stagnant since its inception. “Obsolete” is a refinement of what “Demanufacture” did a few years before, and its populist pandering never gets in the way of what truly matters.