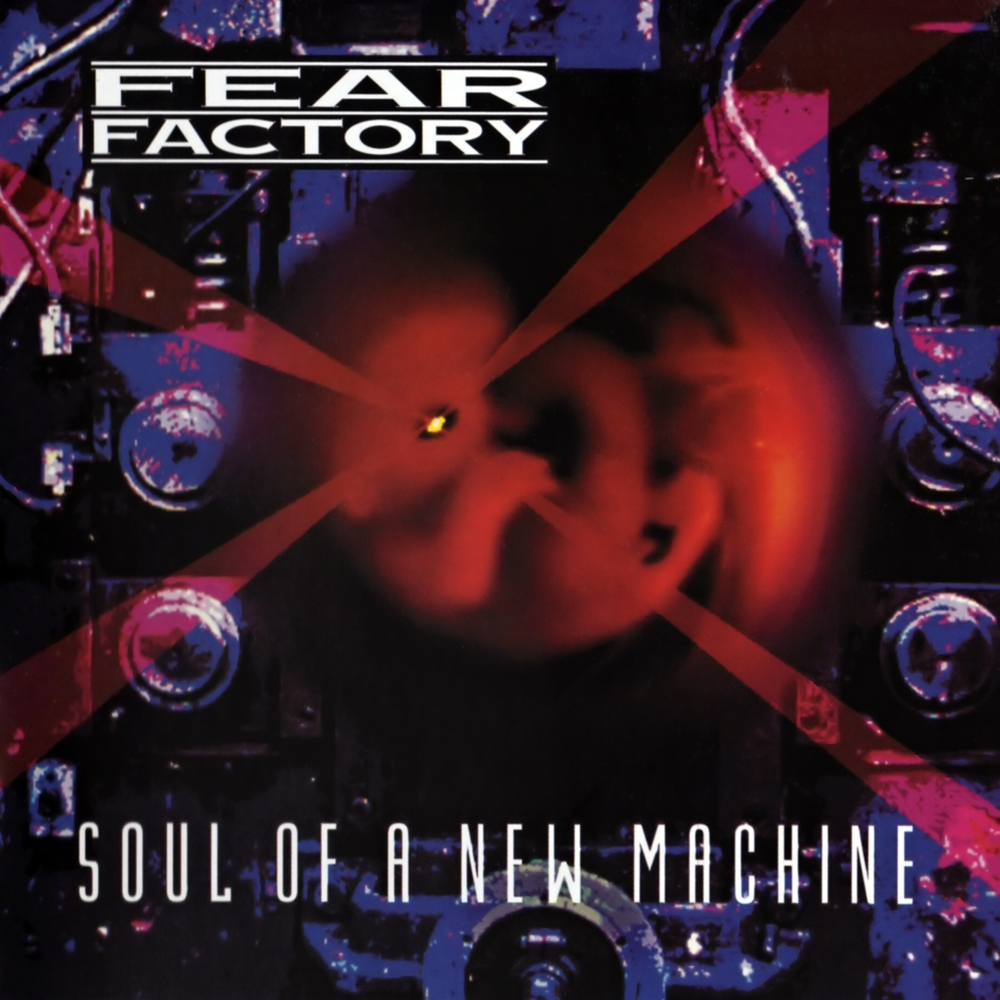 The first Fear Factory album stands in stark contrast to the rest of its catalog. Mostly sounding as a groovier inclined version of Napalm Death circa “Utopia Banished” and “Harmony Corruption”, it is catchy and aggressive in equal measure. The dichotomy between extremity and mainstream accessibility is already present here. Yet on “Soul Of A New Machine” the rough edges are still present making it very different from the band’s later groove metal material. That Fear Factory was a one-trick pony is abundantly clear from the onset, although arguably this record is one of its more diverse offerings. That it is often ignored for its more readily accessible material only makes it more interesting, even though the record is horribly paced, and confused sounding.

Fear Factory was founded in 1989 in Los Angeles, California by Mexican transplant Dino Cazares (rhythm guitars) and noted video game fanatic Raymond Herrera (drums). The early version of the band was rounded by a trio of forgotten bassists, of which only Andrew Shives made it onto the production credits of the band’s debut, and frontman Burton C. Bell. Initially the band went under the more death metal sounding moniker Ulceration before switching to Fear the Factory, and not much later the abbreviated (and more memorable) Fear Factory in 1990. After an unsatisfactory demo recording session at Blackie Lawless’ Fort Apache Studio in Hollywood, California with producer Ross Robinson, the band relocated to a different studio with Colin Richardson overseeing the mix. Instrumental in getting the band its new record deal after Ross Robinson won the court case against his former clients was Brazilian national Max Cavalera (from South American genre hopefuls Sepultura), who brokered a contract for the band with Roadrunner Records, a label imprint that at this point was fully supporting the international death metal movement, only to acrimoniously abandon it a decade later. 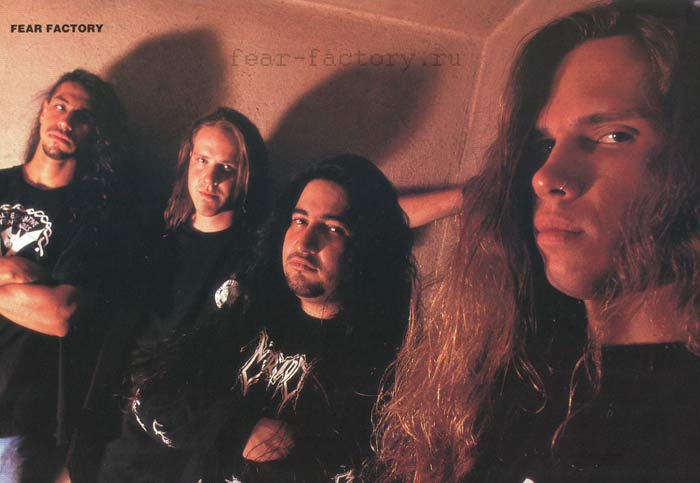 Even at its heaviest Fear Factory was a decidedly hook oriented outfit, which wasn’t uncommon for the style itself but lend itself for cross-genre appeal. It seems that for every heavy or blast section there’s a sugary clean section, or a stomping groove part. The duality between extremity and accessibility is what reduces the middle section of the record to a test of patience. The first three songs (and ‘Scumgrief’ a bit later) are exceptional in the way they combine clean vocal hooks with bludgeoning death metal. Even though Fear Factory was obviously commercially inclined with its thick grooves and (sometimes contrived) clean-harsh vocal dichotomy the band’s sound is only partially formed on its debut. The repetitive riffing, and mechanical rhythm sections are in place, but Dino Cazares’ staccato, rhythm-only playing is still shrouded in early UK/US death metal stylings and techniques. The album is notably bass-heavier than anything that would succeed it. The bass guitar has that thick, murky sound one associates with Napalm Death circa “Utopia Banished” and “Harmony Corruption”. The bass guitar itself is also integral to many of the songs as in various spots it gets a solo break, or two. 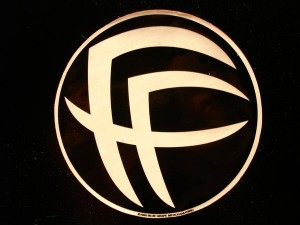 It is not until ‘Scumgrief’, and the instrumental percussion track ‘Natividad’, which was dedicated to the memory of Cazares’ mother, that the record picks up pace again. “Soul Of A New Machine” continues with a number of meddling, directionless and confused sounding cuts until at long last arriving at the final third of the tracklist. The last third of the album is the most conventionally death metal sounding, and the least adventurous in terms of composition. Deriving most of its sound from Napalm Death these cuts operate at a breakneck pace, and spent little time on nuance and subtlety. It is the kind of consistency that the rest of the record lacks. Had the entire middle half been left on the studiofloor, and recombined with the earlier mentioned four signature tracks (along with the instrumental interlude) of the record’s first third, it would have been far more concise and memorable in the long run. Now the album is just long with no payoff.

The album is supposedly a loosely conceptual record about man’s creation of a machine that either could be technological, or governmental. The lyrics haven’t yet zoned in on and fleshed out the man vs machine concept that would come to define the band’s prime era material, although the rough outlines are already accounted for. There are variety of subjects tackled on this album including personal relationships (‘Martyr’, ‘Leechmaster’, ‘Scumgrief’), introspection (‘W.O.E.’), animal lab testings (‘Crash Test’), socio-political dismay (‘Arise Above Oppression’, ‘Escape Confusion’, ‘Manipulation’), global conflict (‘Crisis’), faults of the criminal justice system (‘Scapegoat’, ‘Flesh Hold’) and religious hypocrisy (‘Lifeblind’, ‘Big God/Raped Souls’, ‘Self Immolation’). The industrial component of the band’s sound comes mostly from the mechanical rhythms, and the usage of samples (including “Full Metal Jacket”, “Blade Runner” and “Apocalypse Now”) along with the sparse use of studio effects. Much of it reads like a work-in-progress.

Burton C. Bell’s hoarse grunt is a commendable Mark ‘Barney’ Greenway approximation, but his clean vocals are terrible at best – even though the combination of both was novel at the time, and would later be famously adopted by Robb Flynn (Machine Head) and the metalcore scene at large. Being the last of its kind Bell would trade in his grunt for a harsh shout, and he would increasingly put more focus on the clean vocal hooks that first surfaced here. In totality this is Fear Factory’s most aggressive, and heavy release – and it is the culmination of its first phase after the aborted “Concrete” sessions of which the majority of material (albeit rewritten) is lifted. The core trio is in its designated place, yet the bass guitarist slot had yet to be permanently manned. Due to this rhythm guitarist Dino Cazares played bass guitar during the recording, despite Andrew Shives being credited as bass guitarist in the production notes. Andrew Shives was a glorified live member at best, as he doesn’t appear to have had any significant input in the writing of any of these songs, all of which were written by the Cazares-Herrera axis.

“Soul Of A New Machine” was recorded at Grand Master in Hollywood, California with producer Colin Richardson manning the console. It is a rather typical production for the time with thick, crunchy guitars, murky reverb-laden bass guitar tones and an earthy drum production that squarely focuses on bottom-end heaviness. For its debut the band worked with graphic designer Karl Kotas. “Soul Of A New Machine” is dedicated to the memory of Dino Cazares’ parents. In totality “Soul Of A New Machine” is a worthwhile effort for a young band still finding its sound and identity. It certainly isn’t the best of its kind (Napalm Death just did this sound earlier, and well, better), and it is a pity the band didn’t explore this direction on future output. Given some trimming, and more focus Fear Factory could have been an interesting death metal band. Afterwards the band would opt for a direction change while keeping its base elements in place. At least Fear Factory would be able to write its signature album, and a worthy follow-up. Its career path afterward is somewhat bumpy due to industry pressure, interpersonal conflicts and the want to recapture a thing that wasn’t exactly stellar to begin with.