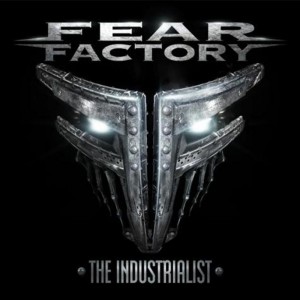 The second Fear Factory reformation led to the workmanlike “Mechanize”, but despite being a mild critical success the band wasn’t able to hold on to its lineup. Prior to the recordings of “The Industrialist” the new rhythm section of bass guitarist Byron Stroud and drummer Gene Hoglan took their leave. “The Industrialist” sees Fear Factory, now reduced to its central duo, return to its sciencefiction narrative for another conceptual undertaking that is similar to “Obsolete” in spirit, but to “Mechanize” in sound. It isn’t a return to the ambitious heights of “Obsolete”, nor is it a spiritual successor to “Soul Of A New Machine”, although it imitates aspects of both. In essence it is a return to the turbulent times of “Archetype” in more ways than one. It reeks of industrial process.

After three non-conceptual efforts the duo returned at long last to its techno-apocalypse narrative. The story is about an automaton, The Industrialist, which is the summit of all industries/technologies available at the time of its creation, gaining sentience. During the story it accumulates past memories and experiences while discovering the will to survive. This eventually leads it to guide others of its kind to join in the struggle against human oppressors that have enslaved them. Fear Factory turned its known narrative on its head by examining the machines’ point of view in its man versus machine concept. It is interesting in the sense that, in an attempt to reestablish the brand after a tumultuous few years, the central duo opted to remove as much of the human factor as possible in order to avoid conflicts and compromise. In the process to keep its struggling brand alive in an everchanging musical landscape and industry they became reliant themselves on the very technology they warned about on their most accomplished prior efforts. 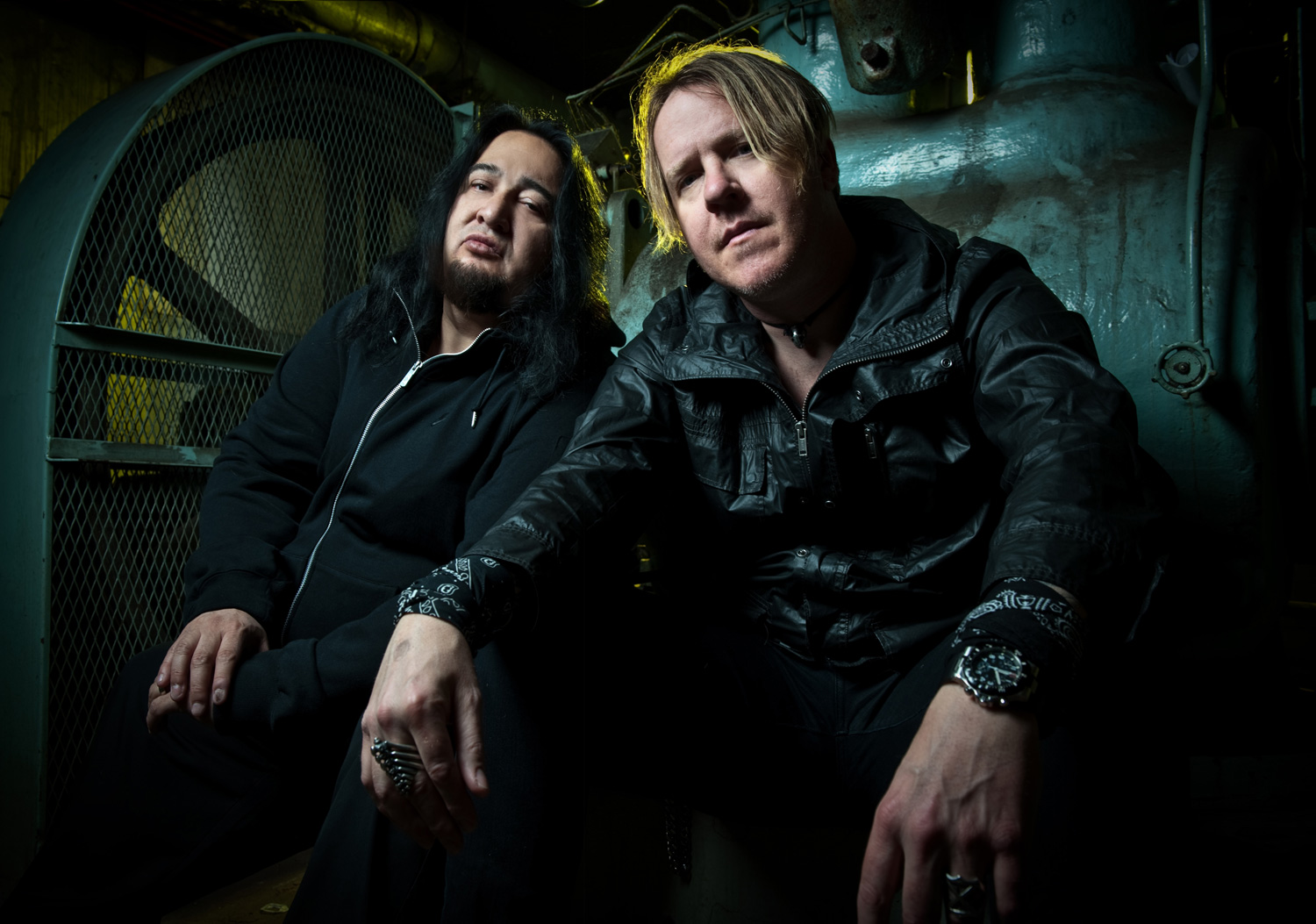 More than before Fear Factory examines the flaws of organized religion. Christianity appears to be the target of convenience, albeit filtered through the aforesaid narrative framework. ‘New Messiah’, ‘God Eater’, ‘Depraved Mind Murder’, and ‘Virus Of Faith’ each present criticism of a different aspect of the subject in the most confrontational and direct manner since the “Soul Of A New Machine” days. None of it is particular engaging, and the lack of arresting imagery, or religious invertion, makes it sound formulaic. In comparison to the early works of Immolation, Vital Remains and Incantation it is all rather bland. The band quotes “The Da Vinci Code” thriller author Dan Brown with its choice of instrumental interlude. The title of the track ‘Religion Is Flawed Because Man Is Flawed’ is lifted in its entirety from the “Angels & Demons” novel. The drum programming effectively replicates the tones from the “Demanufacture” days, and Bell’s lamentable clean vocals actually sound better than on any of the prior records. ‘God Eater’ in part recalls the “Remanufacture” EP because of its heavy reliance on electronics and making its metallic aspects secondary at best. In fact it could almost be passed off as an early Nine Inch Nails song circa “Pretty Hate Machine” with Bell singing over it.

‘Depraved Mind Murder’ on the other hand sounds like an unreleased “Archetype” song. ‘Difference Engine’ for the most part aims to imitate “Demanufacture” cut ‘New Breed’ with its upbeat construction, although the track’s overall tempo is far lower. ‘Disassemble’ attempts to recapture the “Obsolete” vibe but suffers considerable damage due to Burton C. Bell’s insufferable harsh vocal performance. In a scarce moment it is here that his usually lamentable clean vocals are actually the lone selling point. ‘Human Augmentation’ finally explores the desolate ambient that made the closing to ‘A Therapy For Pain’ on “Demanufacture” so emotionally resonating. It was long overdue, and the result is expectedly downbeat. It’s easy to hear why this track is as polarizing as it is.

It is exactly the removal of the human element that makes “The Industrialist” as polarizing as it is. In order to save resources skinsman Gene Hoglan was replaced by a drum computer, programmed by Cazares and John Sankey. Byron Stroud departed prior to the sessions to, supposedly, greener pastures after not feeling respected by the central duo. As a result Dino Cazares played bass guitar for the sessions. That an industrial metal band would eventually end up using a drum computer seems like the only logical progression given how mechanical the genre tends to be. However with drummer John Sankey (of California-by-way-of-Australia outfit Devolved, itself very Fear Factory inspired) at their disposal behind the scenes it is more than puzzling as to why Bell and Cazares decided to not hire him as studio drummer for this album. After Raymond Herrera, and mercenary Gene Hoglan he would seem as the next logical hire. In the same sense the bass guitar, once Fear Factory’s most formidable weapon, is downplayed in favor of the guitars – and it isn’t nearly as vital to the compositions as it was during the Olde Wolbers and Stroud eras of the band. In order to regain control of its struggling brand Bell and Cazares have made compromises, and not all for the better. 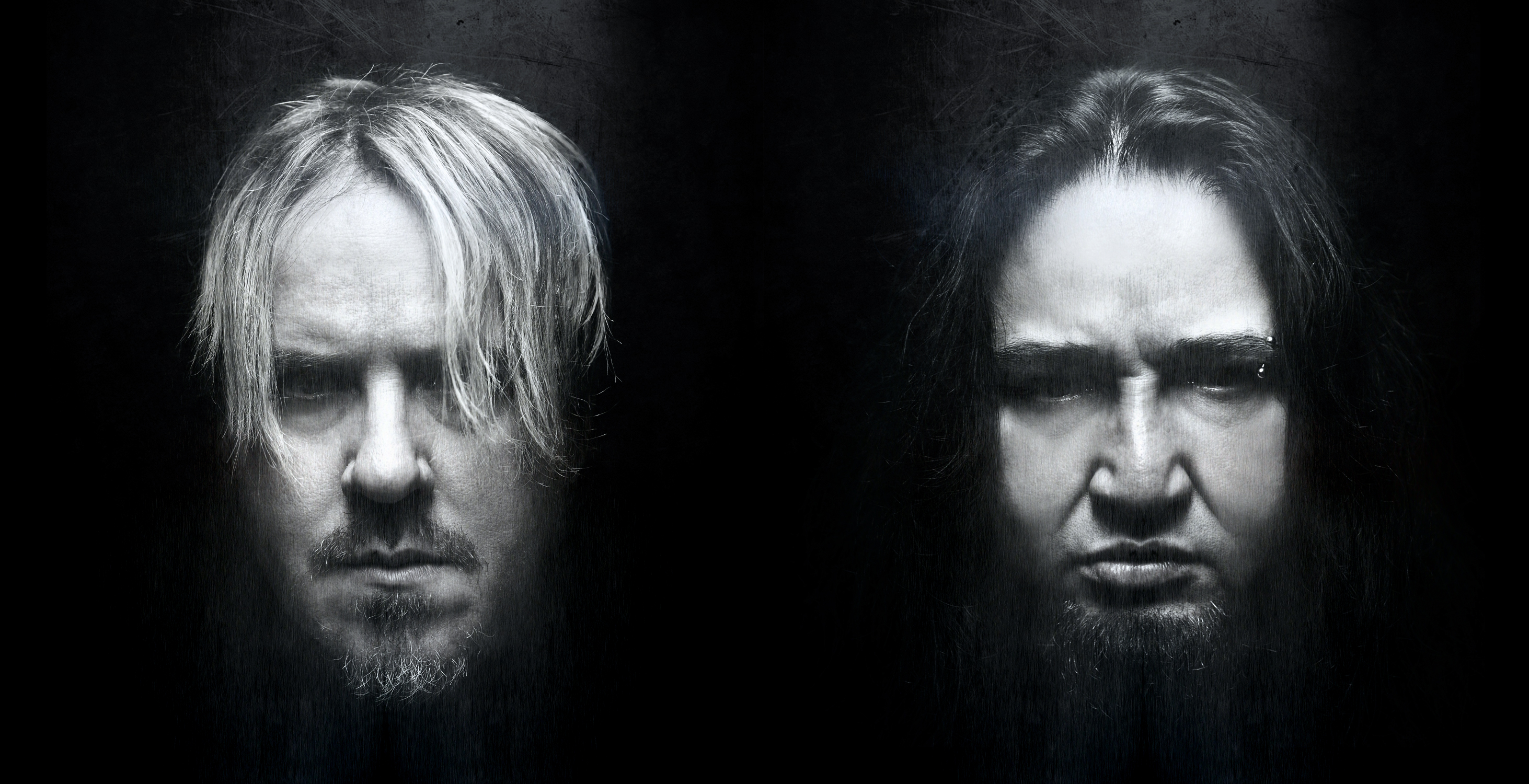 For the first time in its quarter of a century long career Fear Factory returned to the same facility they used for the sessions of the preceding record. The majority of the album was recorded at Surplus Studio in Van Nuys, California with Rhys Fulber producing, alongside Dino Cazares and Burton C. Bell. Guitars, bass and additional vocals were subsequently recorded at Darth Mader Music in Los Angeles, California with Logan Mader producing. Cazares had worked with Mader previously on his lamentable Divine Heresy project. Returning for a second time for “The Industrialist” is American artist Anthony Clarkson. It is the second of two Fear Factory releases on Candlelight Records through a licensing deal with Cazares’ and Bell’s Oxidizer, Inc. publishing company. In order to give the album a proper marketing push three singles were released with ‘Recharger’, ‘New Messiah’ and ‘The Industrialist’. Only the last of these received a music video treatment as the format was on its way out in favor for the cheaper lyric videos.

Despite all the strikes against it “The Industrialist” is actually a far better album than “Mechanize”, even thought it misses that album’s human element. The second album of Fear Factory’s second reformation is a summation of all Cazares eras with an added dose of aggression and bottom-end heaviness for good measure. That it doesn’t hold a candle to the band’s prime material is a given at this point, and not entirely unexpected – but given the various line-up reconfigurations and stylistic deviations that the band underwent it is a surprisingly solid and cohesive effort. That it reunites Bell and Cazares with producer duo Rhys Fulber and Greg Reely works in its advantage tonally even though long-time artist Dave McKean seems to have been abandoned for Anthony Clarkson. “The Industrialist” isn’t a return to the lofty heights of “Demanufacture” or “Obsolete” nor is it a spiritual successor to “Soul Of A New Machine” – above all it is its own creative entity that is aware of its past, and present failures and successes.