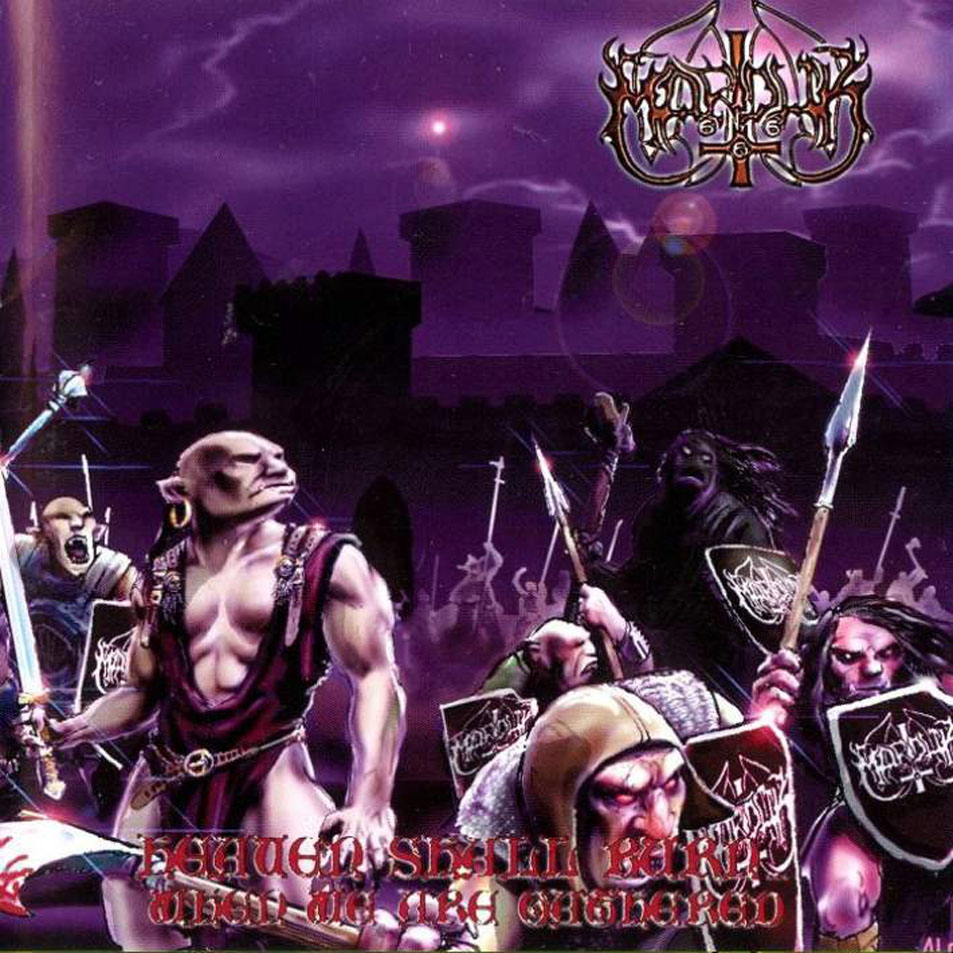 “Heaven Shall Burn…” is the band’s fourth album, and the one where Marduk perfected its long-desired high-speed black metal sound, and cultivated its corny more-evil-than-thou image. For at least three albums prior they had been vying to be the most blasphemous and evil sounding band in the black metal world. They only partly succeeded thus far due to lacking technical skill, mainly in regards to the drumming, and having more of a death metal vocal style. Up till that point they were mostly a fairly standard, but admittedly raw and crude, sounding death/thrash metal band that happened to wear corpse paint and sing about evil subjects. With the addition of frontman Erik Hagstedt (Legion) the band had finally enrolled the perfect mouthpiece for its propaganda of ecclesiastic pain and suffering. “Heaven Shall Burn…” is the watershed moment in the creation and perfection of Norsecore. That specific brand of high-speed based black metal originating from the cold Scandinavian lands.

Prior to releasing this album Marduk had put out three records. These records, while serviceable and enjoyable in their own right, was a band still in search of its strengths and peculiarities. “Dark Endless” and “Those Of the Unlight” were minimalist and barbaric death/thrash metal albums, who are in retrospect only classified as black metal because of their lyrical themes (and band imagery) than actual musical content. It was not until the third album “Opus Nocturne” that Marduk really mastered the sound they wanted. Mostly thanks to the enrolling of drummer Fredrik Andersson – who could pull off the levels of speed and percussive density the band always wanted. “Opus Nocturne”, for all its undeniable strengths in regards to unholy atmosphere and prevailing early black metal stylings, was a transitional record caught between two radically different stylistic worlds. It wasn’t the murky bass-heavy death metal sound of old (mostly sounding like “Ancient God Of Evil” era Unanimated, but ten times faster) and the reliable but ultimately generic black metal sound they would capture with this album. 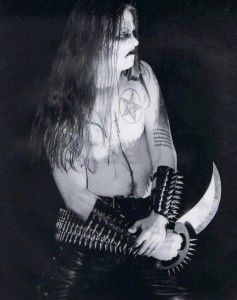 “Heaven Shall Burn…” introduced, or helped introduce, a new black metal sound to the world. Together with Dark Funeral and Immortal (to name the most recognizable two) all three bands played a faster reinterpretation of what Bathory had laid out a number of years prior. These bands took what Bathory did, and with their own musical baggage, took that outline to its logical conclusion. What Marduk did wasn’t brimming with freshness in terms of influences, composition or general architecture – the way how they presented themselves doing it was relatively unheard of at the time. So here finally was a band trying to do what every fan had secretly hoped. Marduk was, together with Dark Funeral, the ultimate embodiment of musical evil. These two units would take what earlier bands that done, and crank up the speed, density and extremity as far as they could. Along with the Dark Funeral debut “The Secrets Of the Black Arts”, it helped herald a new era of extremity, minimalism and speed that the world had never heard. To wit, Norwegian former death metal act Immortal had released its own benchmark for velocity and barbaric extremity with “Battles In the North” the year before, in 1995. For good or ill, all three laid much of the groundwork for contemporary black metal.

The album opens with the brief instrumental ‘Summon the Darkness’, which is nothing but a bit of echoing guitar noise – and it is not until the drum roll of ‘Beyond the Grace Of God’ that Marduk truly shows its face, and newfound musical niche. There are obvious similarities to what Dark Funeral was doing at the time, but Marduk had a different melodic sensibility and greater sense of dynamics within the rather limited black metal musical framework. Lyrically, the band tackles a wider variety of topics, including but not limited to vampirism, war, religious extermination, and so on. ‘Infernal Eternal’ is fast ditty that gets by more on gut feeling than actual substance.  ‘Glorification Of the Black God’ opens with a sample from the 1886 Mussorgsky composition "A Night on Bald Mountain", which the band cleverly segues into the riffing – unsurprisingly the track pretty much lays out the plot for the original composition on which it is based. It is not the most amazing thing, but it is effective in its own way. ‘Darkness It Shall Be’ is a test of Hagstedt’s vocal ability and stamina, while also being a test of the listeners’ patience as the track is one continual blast with little to offer otherwise. Like ‘Beyond the Grace Of God’ the song ‘The Black Tormentor Of Satan’ is more melodic and open in terms of composition. The one slow song about Vlad Tepes is embarrassing in regards to the way it is structured. Marduk never was particularly gifted in its songwriting, but the song reaches new lows for a supposedly professional touring and recording band. It is partly redeemed by the fact that it is a prologue to their next album “Nightwing”, although that particular concept was already initiated on “Opus Nocturne”.

One of the biggest (and most valid) criticisms to be leveled at Marduk by any rational person is that they, in an almost Mortician sense, rely on their tried-and-true formula and not deviate an inch from it. Almost the entire album is based around the same riff set that could be found on “Opus Nocturne”, but here the last traces of death metal have been ironed out. The riffing is far more fluid and natural in its chord progressions and overall structure, but it isn’t a step up from the work presented two years earlier. In fact, outside of that the entire musical premise has been tightened up on all fronts there is no progress whatsoever to speak of. Marduk now plays much faster, and more energetic – but how long will they able to thrive on that? The band would tap this well for another three albums after this, but even then they themselves got tired of it. Seems logical.

For all its architectural and compositional shortcomings “Heaven Shall Burn…” was the first truly good sounding Marduk record. At least for those who were not able to stomach the band’s earlier, rawer and bass-heavy death metal productions of old. Recorded at Abyss Studio with the ever-popular Peter Tägtgren the album comes with a level of digital polish, rich tones and contemporary gloss the band had not previously experienced. The guitar tone is similar to the one found on “Opus Nocturne”, the bass guitar sounds warmer and deeper, while the drums sound organic for the first time. The vocals of Hagstedt possess a level of clarity Marduk had not had previously, freed from echo and reverb the rasping could be heard in all its morbid glory in the way it was intended by its creators. The album was released in 1996, at the dawn of the symfo black metal explosion. Marduk specifically wants its audience to know in the booklet that “no keyboards were used on this recording”, which is charming if you consider that a year later keyboards were to be used everywhere in the more melodic strains of the genre.

This marks the second era Marduk line-up, consisting of guitarist/main songwriter Morgan Steinmeyer Håkansson, bassist Bo Svensson (B. War), drummer Fredrik Andersson and freshly minted frontman Erik Hagstedt (Legion). In this constellation Marduk would release four albums, and a bunch of EPs – and it is often considered their most popular, but critically mixed, incarnation. It was the most professional looking Marduk record up to that point. The polished looking painted artwork by former At the Gates guitarist/main songwriter Alf Svensson, the high-end production job and the good-looking photography are the best the band had had up that point. That gave the band an aura of professionalism. This specific line-up would remain stable until 2001, after which Andersson defected and later Hagstedt followed suit. On the whole it is probably the most interesting album of Marduk’s early era, and as such it is recommended. Don’t go in expecting a genre-defining record because this certainly is not it. As a historical curiosity and as an archetypical template for the Norsecore sub-branch it is interesting as such. Marduk isn’t the band to look at in terms of innovation and new ideas.

They are reliable to bring the goods to the table, but that’s about it.