Skip to content
On their second album Morbid Angel defied expectations and went in the exact opposite direction of what was expected from them. Much more deliberately paced, and downright doomy in parts, “Blessed Are the Sick” is a much more ambitious and conceptually stronger release than its predecessor. Where “Altars Of Madness” was an unconventially speedy and technical take on thrash metal, “Blessed Are the Sick” is where music, lyrics and imagery were unified towards a common objective. It is with this record that the band found their true voice, and all subsequent albums would take this format as its starting point. Like all three of Morbid Angel’s early records, this one is a classic in the genre it helped shape, and for good reason. “Blessed Are the Sick” is an elaborate work brimming with crunchy ominous death metal and atmospheric darkness wrapped in truly misanthropic lyrical themes of blasphemy, debauchery and heresy. 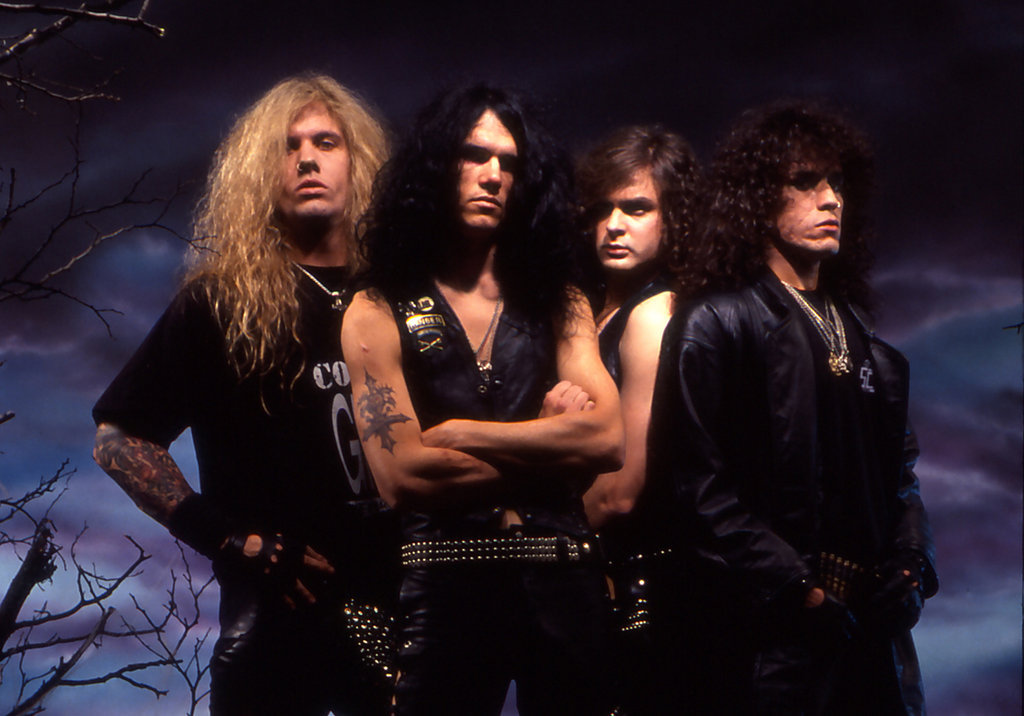 An instantly notable thing is just how much the band has slowed down, although the riffs, chord progressions and accelerations are virtually identical to the debut. The more deliberate pace allows for more subtle use of melody, nuance with the bass guitar lines and the songs have more a storyteller quality than the ones on “Altars Of Madness”. These songs are dynamically richer, and Azagthoth’s myriad emotive guitar leads/solos become more of a focal point for the assault, along with Vincent’s wider vocal palette. ‘Fall From Grace’ is rightly a classic for this reason as it integrates all of these aspects into an ominous, hateful and dark sounding cut that is both brutal and technical. While the band was technical since its inception, the playing far from subtle and emphasized here, partly due to the radically improved production values and partly due to more deliberately paced material. That these songs are slower in tempo overall accentuates the faster and technical parts more when they appear. Next to that it also gives the band to put a multitude of subtle details, nuances in texture and playing. All of these was sorely amiss on “Altars Of Madness” which focused on speed and extremity exclusively.

Although there are 12 songs in total, nearly half of the album comprises of re-recorded tracks from the shelved “Abominations Of Desolation” session. Next to that there are three instrumentals and a pointless guitar feedback intro. This makes for 5 actual new songs written specifically for this session, along with the atmospheric instrumentals. From the new tracks opener ‘Fall From Grace’ and the ominous title track are the definite highlights. The latter arrives mid-album after a moody instrumental and a blistering fast cut, it is the signature track of the record, and the conceptual vessel that represents, lyrically and musically, everything this album is about. In the first half of the album there are several short cuts (not reaching the three minute mark), among these ‘Rebel Lands’ and ‘Day Of Suffering’ manage to cram in a lot emotion and clever arrangements in their brief running times. The few instrumentals add to the unearthly, occult atmosphere, and these are the first of what would become a tradition with this band. One that especially later in their career became somewhat embarrassing.

In comparison to the debut this second album is better paced, and atmospherically richer. Not only because of the presence of multiple instrumental tracks, but mainly due to the slower pace, Vincent’s wider vocal palette and the fact that Morbid Angel wasn’t afraid to defy convention and take artistic risks. The flute outro to the title track is a great touch, and one that clarifies its creators’ love for classical music. Even though the band recycles archive material for nearly half of this record, it fits surprisingly well in its new creative paradigm. Obviously the archive material is redolent of “Altars Of Madness” and far more straightforward and thrashier. In these cuts Vincent’s higher-pitched serpentine rasps return once more, especially ‘Abominations’ and ‘The Ancient Ones’ are peculiar examples of that. Still, the jarring difference between the first and second half of the album is one of the strikes against it.  What was the reason behind this copious recycling of archive material is hard to say. The very sessions from which the majority of the album’s second half is culled would be released later the same year. It speaks of an incredible amount of confidence from Earache Records in its new signee as to release a historical retrospective as “Abominations Of Desolation” so soon. It’s not as if Morbid Angel was the established brand back then as they are/were these days.

The last to feature second guitarist Richard Brunelle, whose sole writing credit during his tenure with the band would be the fragile acoustic guitar bit ‘Desolate Ways’. As with the debut Morbid Angel holed up at Morrisound Studios in Tampa, Florida to cut this album over a two-month period. The production is more full-bodied with increased levels of bass-heaviness. The drums sound earthy and commanding, while the lead – and rhythm guitar tone has increased in crunch, texture and depth. It is great to finally hear Vincent’s throbbing bass guitar, even though he has only few interesting lines to offer up. The vocals are far more diverse as they include spoken word, whispers and shrieks next to Vincent’s deep but understandable growl. Interesting to note is that a good deal of the lyrics can be understood, as David Vincent enunciates his lines really well.  There’s a great deal of raw emotion and gloomy atmosphere to be found on this album, which stands in stark contrast to the relentlessly vicious “Altars Of Madness” that preceded it.

The album is adorned in a truly mesmerizing painting called 'Les Tresors De Satan' by Belgian symbolist painter, writer, and occultist Jean Delville. One of the interpretations of the work is that it reveals a fascination with decadence and the erotic, and not a traditional vision of hell. It is exactly the thematic that Morbid Angel was focused on lyrically with this recording. The change from comical Satanic artwork to a classic painting notes the band’s change in mentality. This record shows a band wanting to be taken seriously, and taking the necessary steps to make that happen.  “Blessed Are the Sick” was the turningpoint for an already promising outfit, and with this album they decided upon the sound they would perfect in the not too distant future. This second album sees a band willing to push boundaries, defy expectations and experiment with slower pace, atmospheric enhancements all to make its record more memorable. For these reasons “Blessed Are the Sick” is a lauded album in the genre, and one that continues to inspire bands all over the world to try and replicate its alchemy. The next two albums would build on this album’s template with varying success, after which a period of instability would see the band’s infamous legend wane.