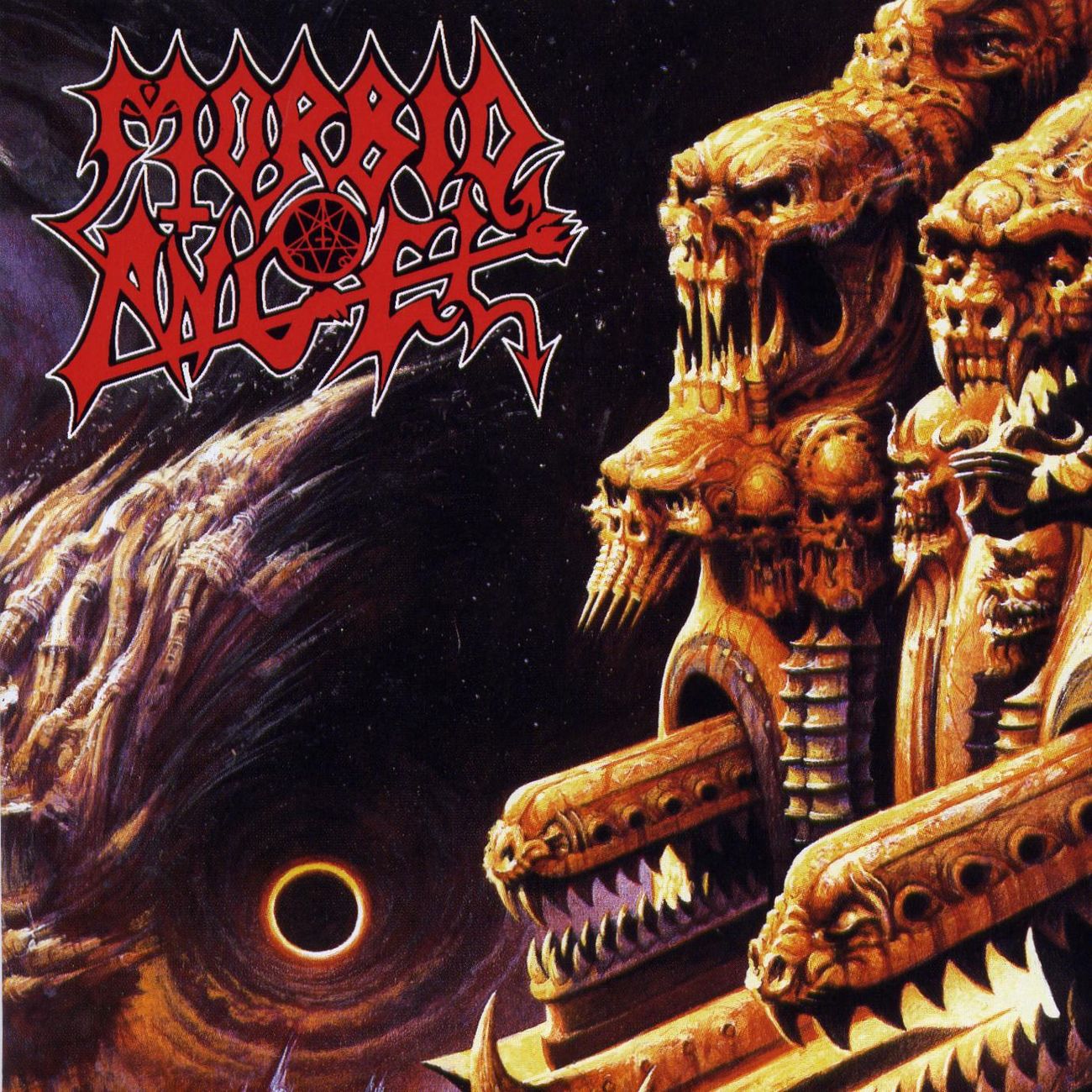 This album is the second of three albums by Tampa, Florida death metal titans Morbid Angel to feature Steve Tucker on vocals and bass guitar. It is the second album to feature Erik Rutan (Hate Eternal) on second guitars, who made his recording and writing debut on “Domination” from 1995. It is the last album to be recorded entirely in the hallowed halls of Morrisound Studios. “Gateways to Annihilation” is also the second album to feature artwork by Dan Seagrave, and it is Morbid Angel’s most doom-focused effort since their much lauded second album “Blessed Are the Sick” all the way back in 1991.

But let’s get into the context of this record first. This album was released in 2000, a mere two years after the raw, stripped down and utterly pummeling “Formulas Fatal to the Flesh” that introduced new frontman and bassist Steve Tucker. Two years had passed since the preceding album’s long-winded tirades about The Ancient Ones and entire passages written in tongue-twisting Sumerian. As a result “Gateways to Annihilation” is a slower, groovier and darker album than the preceding one. It is also a more personal, focused and concise effort. Tucker penned all lyrics to this album, outside of the Azagthoth penned ‘Secured Limitations’, which introduces him on backing vocals. The lyrics are simpler in construction and generally tend to focus on different aspects of the lecherous nature of organized religion, Christianity in particular, and the enslaving effects it has on the mind, the person and society as a whole. Yes, delusions of grandeur were still alive and well in the Morbid Angel camp anno domini 2000. 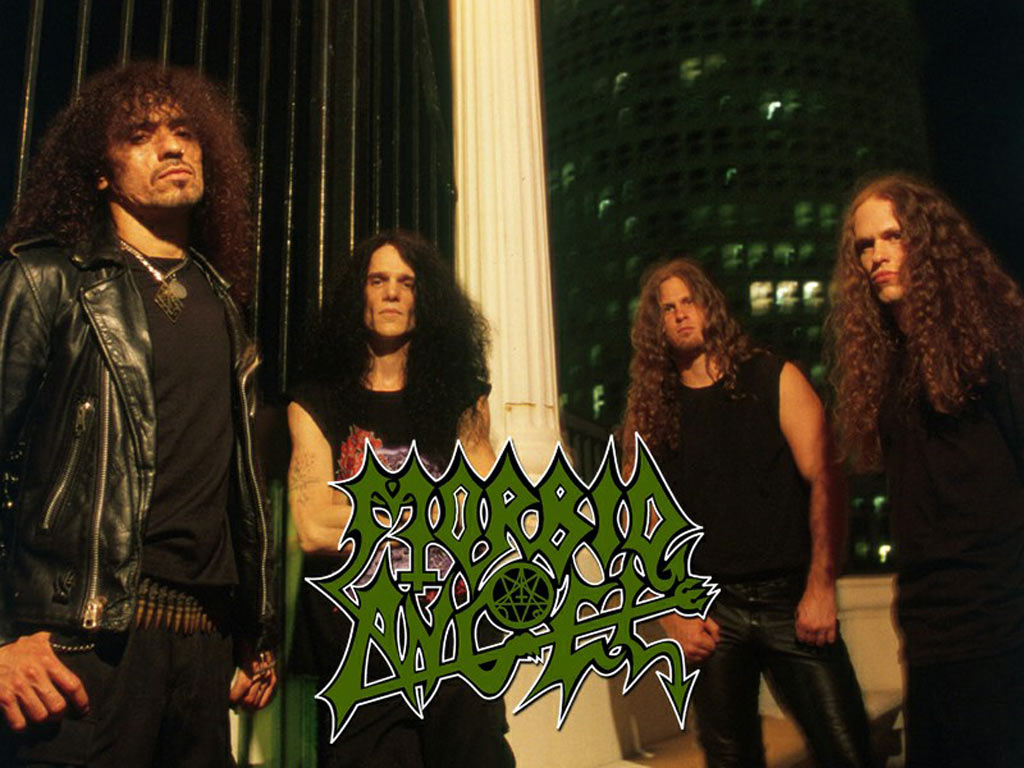 Behemoth put “Thelema.6” on the market, the Egyptian-tinged Nile released their breakout record “Black Seeds Of Vengeance”, Internal Suffering released the chaotic and uniformly vicious  “Supreme Knowledge Domain” and Krisiun aligned itself with the “Conquerors Of Armageddon” that same year. Yattering released “Murder’s Concept”, their most wildly technical and loosely conceptual offering to date. Cryptopsy released “…And Then You’ll Beg”, a hardcore variant of their unhinged death metal style. Closer to home Monstrosity had released “In Dark Purity”, Rebaelliun was poised to “Burn the Promised Land”, Centurian had invoked the “Choronzonic Chaos Gods” and Hate Eternal took the world by storm with their much loved debut “Conquering the Throne” just one year prior in 1999. This just to illustrate that bands, young and old, were finding news of improving on an old recipe due to increased levels of speed, texture, density or atmospherics. Was this the time for the most important North American death metal band to rest on its laurels and do this (admittedly, fun) little song and dance? No. “Gateways to Annihilation” is an amazing record, and one I return to regularly, but it wasn’t the statement you’d expect from a band of this magnitude and caliber at this point in their illustrious career and within the industry context described above.

The album starts off with the tranquil ‘Kawazu’, a chorus of swamp frogs, that gives way to the thundering, rolling and ominous sounding ‘Summoning Redemption’. Where his vocals were forced, and often intelligible, due to the haphazard lyric construction on “Formulas…” here Tucker gets to pen his own words. A lot of times he has left multiple open spaces, or just uses succinct descriptions for the intended point. This in turn leads to concentrated, malevolently barked and growled patterns that complement the riffing and savage drumming. Tucker has eased into his role as Morbid Angel frontman, and due to this increased level of confidence, he owns on this record. And doom metal is mainly what this album is renowned, or lambasted for. ‘Ageless, Still I Am’ starts out in usual thrashing Morbid Angel manner, but after the frantic opening it returns to midpace with Azagthoth’s crawly, eerily twisting riffing and Sandoval’s alternating salvos behind the drum kit. After an extended solo section the track explodes into a maelstrom of blasts before returning to its mid-paced foundation for another round of leads/solos. ‘He Who Sleeps’ goes into doom territory even further than the preceding track as the cut starts out slow and stays slow for the majority of its duration.

‘To the Victor the Spoils’ is another fast track, written in a similar scope as ‘Ageless, Still I Am’. ‘At One With Nothing’ shares the same basic architecture with ‘He Who Sleeps’. While this is not necessarily bad, as both cuts are worthy of the lavish praise they get, it makes the fact rather clear that Morbid Angel weren’t necessarily pushing the genre’s envelope as much as they once were. Content with their place and niche, experiments all out of their system on the preceding record, they could sit back and let the metal flow out naturally. This is both this record’s strength as its biggest weakness. This is the most natural flowing record since “Blessed Are the Sick” and “Covenant” – but it is also rather content with itself to not shake up the established status-quo, or the band’s formula.

Outside of the earlier mentioned ‘Kawazu’ intro, there’s only one sole instrumental piece to be found on this record. ‘Awakening’ is a solid piece pretty much in line with the two instrumental songs found on “Domination”. In fact it carries a heavy ‘Melting’ vibe, to be exact. The song is short, unobtrusive and works wonderfully well with the songs that come before and after it. Given that this band usually doesn’t know when to rein it in, “Gateways…” never meanders, or plods on aimlessly. Everything has its purpose, and serves an objective. It might not be the band’s most inspired work, but it is coherent, and has a vision - a clear purpose. This is pretty much the last album of its kind for this band.

Another thing that you’ll instantly notice is how massive and commanding this record sounds. Produced at Morrisound Studios in Tampa by the band and Jim Morris, this is the best sounding album in the band’s catalogue outside of “Domination”. This is mainly due to the organic and crispy sounding production treatment this album received. The drums sound too digital for my taste, but the kickdrums, cymbals and snares sound natural despite their processed nature. The guitar tone is pretty much replicated in its entirely from “Domination”, although its tone is decidedly warmer here. The throbbing bass guitar is relegated to the background, which isn’t very unfortunate since the playing isn’t very distinctive or captivating at any point.

Why is this familiarity bad then? Well, things aren’t always as binary as people want you to believe. Morbid Angel had nothing to prove anymore at this point in its career, with their reputation established and consolidated; they had industrialized their songwriting at this juncture. This translates itself into a serviceable album just two years after their last. This burst of creativity and productivity would be their last. A follow-up would arrive three years down the road. The band never pushes itself here, and while the scene around them was rapidly changing, they were slowly but surely falling behind the curve.

“Gateways to Annihilation” is, for all intents and purposes, the last truly good Morbid Angel album. It certainly isn’t their best, or its most innovative work by a long shot. It can’t hold a candle to the ABC and even D records, but at least what it does, it does convincingly and without a moment’s hesitation. This is not an album you’d recommend to anybody new to this band’s music. The band would churn out another record three years later with the widely scorned and derided “Heretic”; after which they fiddled out in an 8-year period of stasis and stagnation. Noted only because of the unceremonious dismissal of vocalist Steve Tucker and brief moments of songwriting that almost-decade the band busied itself at a leisurely pace with extensive international touring based upon the sole announcement of one David Vincent’s return in the vocals/bass guitar slot.