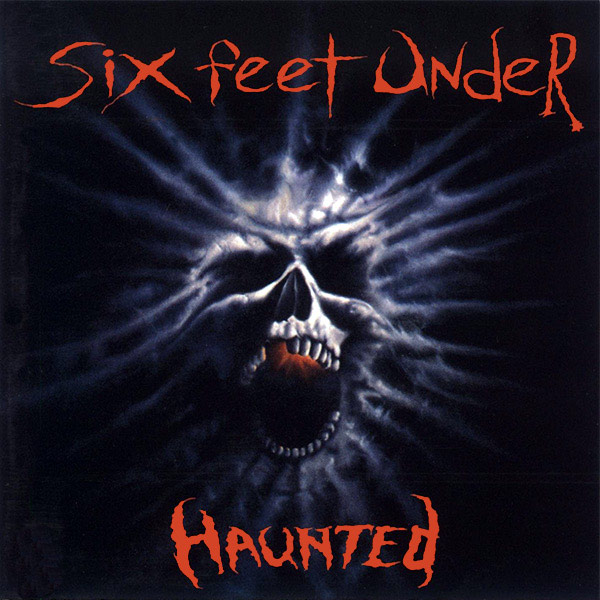 In the early ‘90s things started brewing in the Sunshine State of Florida. Cannibal Corpse had released the critically acclaimed “The Bleeding” and Obituary had just put “The End Complete” on the market, the logical culmination of their earlier sound, on the once-relevant Roadrunner Records. Massacre had already released their sole album “From Beyond”. That exactly these men would end up jamming together should surprise no one with even the most casual level of interest in the death metal genre and its players. All three had a footing in the more simpler downtuned form of the genre around this time. At least half the line-up was at the height of its commercial success and influence. The collective downtime that all three bands were experiencing around this juncture would lead their main creative forces to pull together in a side-project, Six Feet Under.

The original Six Feet Under line-up comprised of vocalist/lyricist Chris Barnes (Cannibal Corpse), Allen West (lead guitar for Obituary), Terry Butler (bass guitar for Massacre and Death), plus Last Rite drummer Greg Gall. Why that the band would hook up with Greg Gall (outside of his relation to bassist Terry Butler) is anybody’s guess? There certainly were better and more skilled drummers available in the area. Bill Andrews from Massacre, Steve Asheim from Deicide, Alex Marquez from Solstice or the many Malevolent Creation drummers residing in the area to name a number of obvious examples, could have added their own spin to this collection of material. Gall is just a gigantic bore on all fronts whose presence can only be rationalized through sheer nepotism, or the more obvious convenience – certainly not skill level or overall talent. 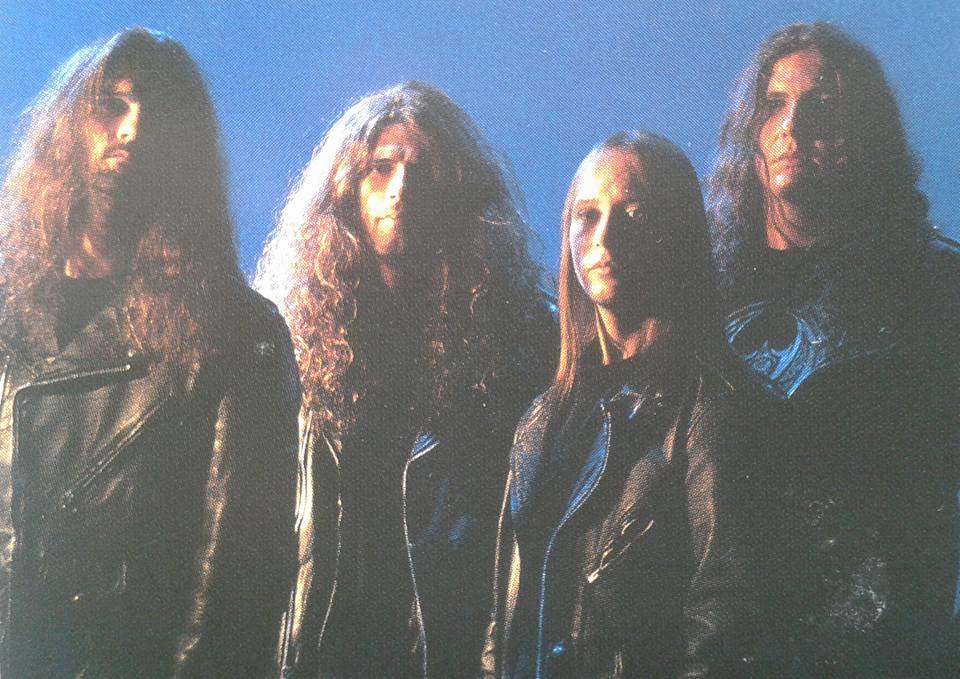 The stoner rock influence is minimal on the record, although it is present in some form in a number of songs already. This aspect would not fully form and come to bloom until the follow-up to this debut two years later. What is clear is that Six Feet Under said everything they wanted to say on this one album. Anything after it is merely retreading old grounds, lyrically as well as musically. This band was never meant to be a full-blown touring and recording unit. The format is played out even before the last song on this album finishes. “Haunted”, for better or worse (mostly worse), was meant to be a one-off studio project among friends. “Haunted” captured a brief window in time. Nothing more.

Side-projects, at least in their intended form, are an outlet for different musical ideas that the musicians in question can’t use or write in their main outlets. The very idea of Six Feet Under sounding exactly like the sum of its parts is puzzling to say the least. Throw Cannibal Corpse, Obituary and Massacre into a blender, and you get exactly something like this. It could be argued that the scene needed a band like this, and that was in fact the case. Many bands were pushing themselves to play heavier, faster and more technically demanding material. The arms race in death metal started around this period, and Six Feet Under considered itself the cure to the common complaint. In being a counter-reaction to what the rest of the scene was doing. The band of choice for those with low attention spans and low standards, the band painted itself in a corner. Sure, it is charming in a shallow and very dim way – but how good exactly is this debut record “Haunted”? Being completely honest: not very – but that shouldn’t surprise anyone.

The thundering bass rumble and guitar feedback that introduces ‘The Enemy Within’ at least sounds a bit ominous, but the following drum roll and 4/4 drumming take down whatever little promise was created. The thing you’ll notice is that even on their first record Six Feet Under is already cannibalizing itself. The drum pattern you’ll hear in ‘The Enemy Within’ becomes an integral part of single ‘Lycanthropy’. Various riffs and chord progressions return at an alarming interval. Not to say that Allen West was ever a very varied or technically gifted guitarist, but even by Obituary standards “Haunted” is pushing into uncomfortable realms of repetition and regurgitation of its own material.

One thing must be said about Allen West. Despite the cannibalization of his own riffs and chord structures at least the guy could write and play a lead/solo when he set his mind to it. It’s no wonder “World Demise” would sound so much more urban, and hardcore-ish when you take this album in consideration. This is the Obituary album that Obituary never released. All West’s creative juices went into writing and producing “Haunted”, the fact that Greg Gall is a lesser drummer than Donald Tardy just happens to work with the admittedly lesser material he wrote for this session. This was a side-project after all, not their main outlet. Butler, despite his impressive resume of influential bands, doesn’t add a lot to the already mediocre material. Kind of like Obituary’s own Frank Watkins…

It’s hard not to notice the similarity between the songs here. ‘Silent Violence’ has its basic structure later re-used in its entirety in ‘Human Target’. The key drum parts of ‘The Enemy Within’ return prominently in ‘Lycanthropy’. ‘Remains Of You’ re-uses several parts of ‘Suffering In Ecstasy’. That there are a number of songs that don’t even reach the 3-minute mark should at least tell you something. Six Feet Under isn’t trying very hard to do something with their genre of choice, or something more ambitious than caveman grooves and one chord/one riff driven “songs”. For a moment not considering the inter-song recycling of tired ideas and concepts, there are probably a handful of Obituary songs that I could name that forms the basis for the majority of these tracks. Six Feet Under was never particularly good, even in their best and brightest days.

Produced at Morrisound with Brian Slagel and Scott Burns “Haunted” comes with that typical thick US death metal sound that Florida was associated with. The guitar tone is vintage Obituary, while the prominent bass guitar recalls Cannibal Corpse’s third album “Tomb Of the Mutilated”. The drumming of Greg Gall is rock oriented more than anything else, and even two decades later it is hard to imagine why he landed this prestigious recording/touring offer for other reasons than being the brother-in-law to bassist Terry Butler. Chris Barnes is in fine form on this record, and this is probably his last vocal performance worth mentioning. The lyrics aren’t very special, but at least they are not terrible. The Jim Warren cover artwork was taken from the movie poster for 1990 Jim Wynorski exploitation horror/thriller “The Haunting Of Morella”.

“Haunted” avoids the more extreme spectrums of the genre, and relies mostly on its stoner groove to carry the album. The looming influence of Pantera, who were growing in popularity around this period, deals the deathblow to this already dangerously stagnant record. The verse-chorus structure adds a level of radio-friendliness, and avoids making the record sound too complex for the untrained ear, or those with limited knowledge or interest in the genre. The songs tend to plod on without a sense of direction, and just end once the song has reached its desired length. Outside of the occasional sparkling guitar lead/solo there is little of interest, or note here. The idea of this album was at least interesting from a theoretical point of view. It should have never left the rehearsal studio and pressed on disc for thousands of people to hear, sadly.

In any case, this was the band’s best album – what comes after is much, much worse…