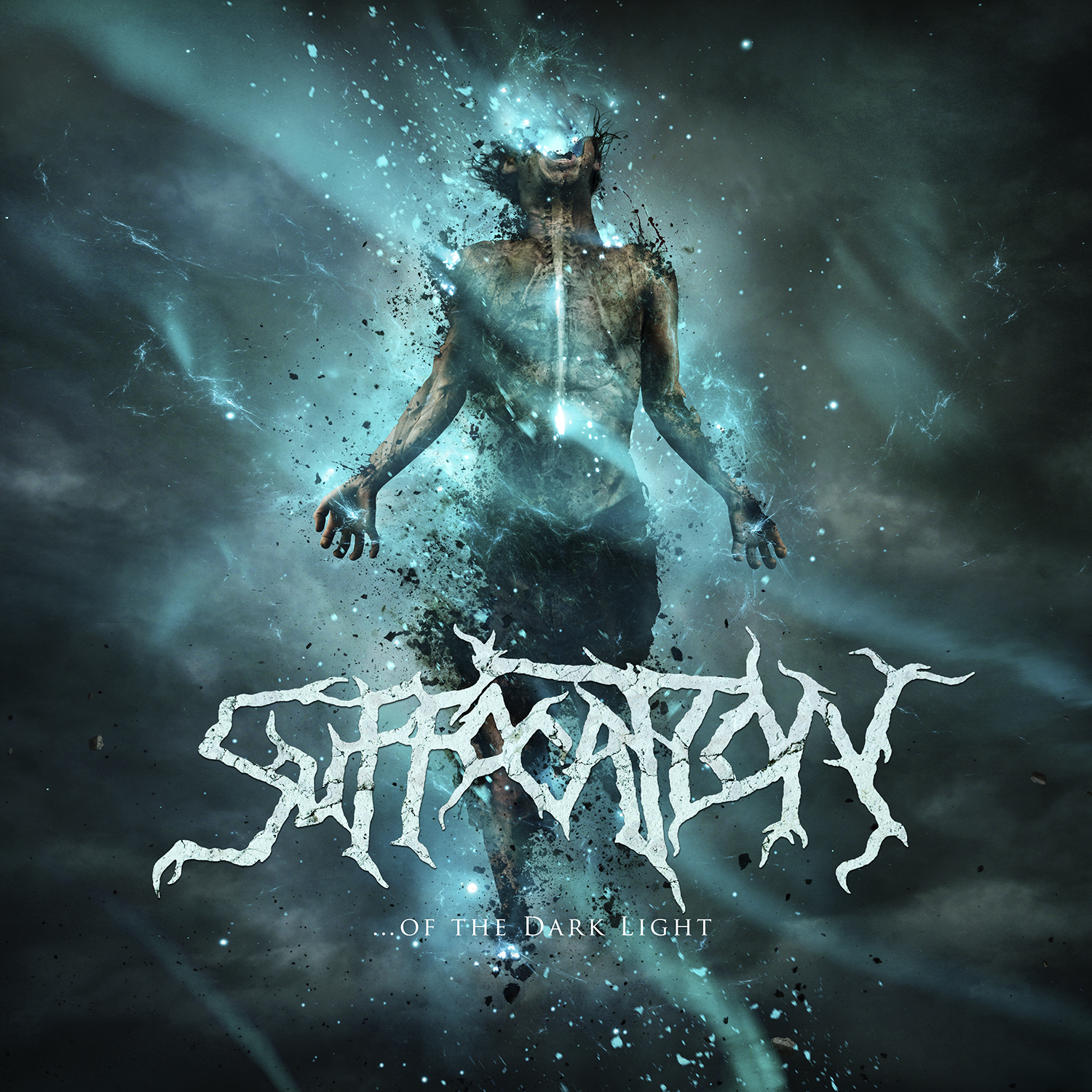 The reunion of classic New York death metal combo Suffocation has been one of mixed results. It is not without a sense of irony that the most traditional sounding album since 2002 is one with only two original members, one of whom due to economic considerations has minimized his involvement to that of a glorified recording musician more than anything else. A decade and a half into their reunion there’s only question that remains: is Suffocation still relevant to the very genre they helped pioneer and redefine in their original run? Fortunately, if “…Of the Dark Light” is anything to go by then, yes – somehow they are. As unbelievable as it may sound in light of the band’s more than dubious post-“Depise the Sun” output. Can “…Of the Dark Light” hold its own against the band’s classic Roadrunner output? No, but nobody is expecting these grizzled veterans to. Which is sort of the problem. 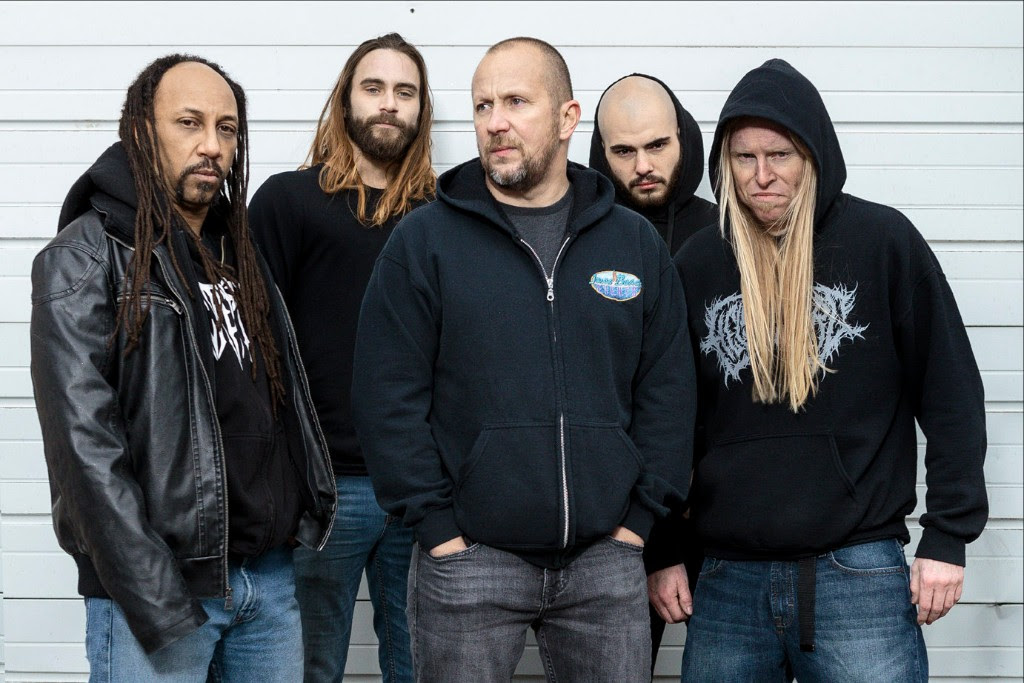 The strangely titled “…Of the Dark Light” arrives after a turbulent four-year period of inner turmoil and personnel changes that saw the departure of lead guitarist Guy Marchais (hired to substitute for the absent Doug Cerrito) and troubled skinsman Dave Culross. Supplanting their more established predecessors are sometime Pyrexia and Internal Bleeding guitarist Charlie Errigo and Ontario, Canada-based drummer Eric Morotti. Errigo is a suitable replacement for Marchais, but the absence of original creative force Cerrito (whose advanced arthritis no longer allows him to play guitar for extended periods of time) remains a sore point, and rightly so. Morotti is no Mike Smith but nobody is expecting him to be. Instead he leans closer to Doug Bohn’s hardcore-informed style on “Pierced From Within”.

That “…Of the Dark Light” then comes across as a modern day “Pierced From Within” equivalent should surprise exactly no one. There’s very little ornamental about this new album and it’s reassuring to see the New York stalwarts reclaim at least a fraction, however insignificant, of the identity they worked so hard to distance themselves from in the early 2000s. Granted, it took them four albums and a second, less than amicable ousting of drum god Mike Smith to arrive at that point, but they are finally here. Had “…Of the Dark Light” followed on the back of “Souls to Deny” than Suffocation would have made a more than admirable comeback. Unfortunately that’s not quite how it went. To go from the lethargic and largely forgettable “Blood Oath” to something as punchy and compact as this speaks of a veritable meeting of minds. Suffocation, even though there are hardly any prime era members left, acquits itself admirably after passing itself off as a thinly-veiled beatdown hardcore band for well over a decade.

None of the songtitles do particularly inspire confidence as the majority sound nothing like vintage Suffocation (‘The Warmth Within the Dark’, ‘Your Last Breaths’, ‘Caught Between Two Worlds’, ‘Some Things Should Be Left Alone’) and from a visual standpoint “…Of the Dark Light” is anything but typical. The uncharacteristic songtitles makes one question the level of Mullen’s involvement. The days of Dan Seagrave or Hiro Takahashi artworks are apparently over. The album features guest vocals from Kevin Mueller, Mullen’s live substitute, in what is probably a remnant of the failed experiment that saw Disgorge drummer Ricky Myers briefly co-fronting the band. Boyer’s bass guitar never sounded better as it at long last sounds tonally similar as to when Chris Richards handled the low end. Charlie Errigo has quietly replaced Guy Marchais, and he very much continues what Marchais excelled at; providing a fairly indistinct and inobtrusive support layer for Hobbs’ guitar pyrotechnics. The title track, usually the tour de force of any album, sounds like every other well-budgeted New York death metal band. Whether or not that is actually a good thing is entirely up to one’s personal preference. At least Suffocation’s reunion output has been more consistent than Obituary’s. Not that that is saying much.

It goes without saying that Suffocation never again will reach the height of compositional elegance and technical prowess that they had on “Breeding the Spawn”. “…Of the Dark Light” at long last abandons the beatdown hardcore aesthetics that plagued much of the band’s post-2002 output and Suffocation - however little is actually left of it at this point - is so much better for it. Mullen, no longer the guntoting New York stereotype from the not-quite-so-distant past, wields a deeper register once more. Has he sounded better and more lively? Certainly. Has the production work done him more justice in earlier days? Not a shred of doubt about it. Frank Mullen, who has been subject to imitation and emulation for about two decades and counting at this point, remains a frontman that few can match in enunciation and delivery. Terrance Hobbs, Suffocation’s primary songsmith in the post-Cerrito era, rekindles some of his old magic on “…Of the Dark Light”. While it can hardly be called a revival this late into the reunion Suffocation reclaims at least a figment of the glory they once commanded.

“…Of the Dark Light” is the closest the New York formation has come to matching its classic tenure on Roadrunner Records. However this new recording isn’t without its shortcomings. The production from Joe Cincotta and his Full Force Studio is probably the driest, the most compressed and sterile sounding that this band has utilized thus far. Likewise is the Colin Marks artwork the most charateristically uncharacteristic. It largely is a stylistic continuation of the Raymond Swanland canvas of the prior effort. As the visuals pull the band into the 21st century its key members gravitate back to what established them two decades prior in the first place. Evolution through attrition, so to speak. Mullen and Hobbs may be the only real Suffocation members left, at least there’s something, however little, defensible about “…Of the Dark Light”. The same couldn’t be said about the drab preceeding this 11th hour return-to-form, if it can be called that.