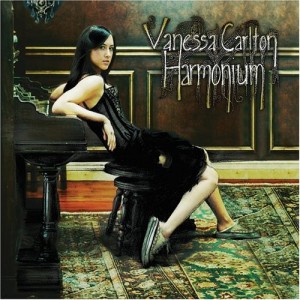 “Harmonium” was supposed to be Vanessa Carlton’s big breakthrough in the mainstream, but the record failed to chart to projections and Carlton was deemed a one-hit wonder. While virtually identical to its predecessor in the most important ways, its tonal difference with “Be Not Nobody” is jarring. No longer the wide-eyed girl behind her piano Carlton explores far darker, intimate and more personal themes on “Harmonium”. It was the second of two records that Carlton cut for A&M Records, and its lack of chart performance would herald an era wherein each new album was released by a different label partner. “Harmonium” tipped the scale.

Even though the record opens with the relatively upbeat and uplifting melody of ‘White Houses’ the tonal difference with “Be Not Nobody” should be apparent to the more attentive listener. While structurally similar to ‘Ordinary Day’ from her debut, ‘White Houses’ is decidedly more introspective. On “Harmonium” Carlton aims to be more than a light piano pop artist, and her singer-songwriter strengths come to the fore here more than her debut from a few years prior. Where Ron Fair had put his creative stamp all over her debut, it is on “Harmonium” that the real Vanessa Carlton starts to surface in all her idiosyncratic beauty and with her own set of limitations. The material bounces between lighthearted numbers about life, young love and infatuation to more pensive and introspective reflections on human nature, relations and emotions. 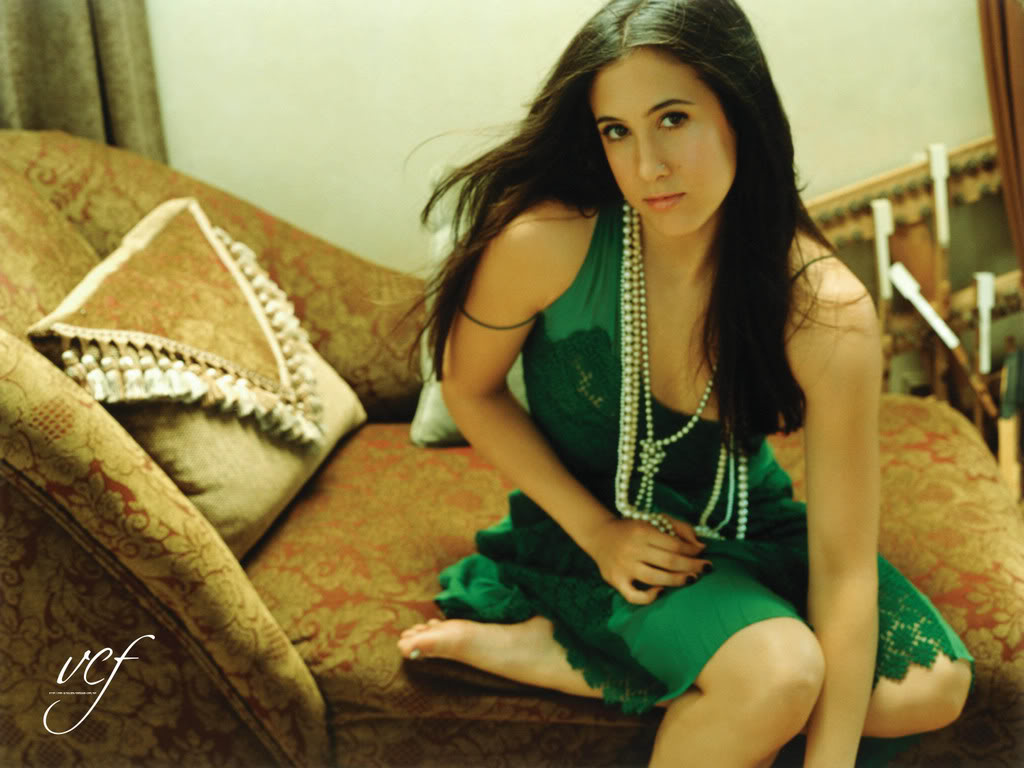 The record holds the middleground between two creative worlds. On one hand it is not nearly vapid and lighthearted enough to be simply considered an average pop album, on the other hand does it miss the introspective depths that typically characterize the singer-songwriter genre, and Carlton’s later albums. More importantly, however, is that “Harmonium” works within the framework that it positions itself in. On “Harmonium” the first glances of Carlton’s own artistic voice seep through. Mostly following the template of her breakthrough debut “Be Not Nobody” it is in the tracks where “Harmonium” deviates from the formula that are the most resonating and rewarding. While containing its fair share of poppy, life-affirming songs “Harmonium” is at its strongest with its introspective, more singer-songwriter based material. Vanessa Carlton is at her strongest at her most frail.

Where “Be Not Nobody” was almost diary-esque in its lyrics on “Harmonium” Carlton enters adolescent life, and her views on life and love have changed accordingly. This is reflected in her lyrics in the sense that they have lost their youthful naiveté. Both musically and lyrically Carlton etches more towards “Pieces Of You” and “Spirit” era Jewel than the more upbeat and poppy “Be Not Nobody”. ‘White Houses’ is about the magic of youth, the frailty of relationships and how we lose our innocence as we grow older. The track features the acoustic guitar playing of none other than Lindsey Buckingham (Fleetwood Mac, Buckingham and Nicks).

‘Who’s to Say’ is this album’s ‘Unsung’ in the sense that it is Carlton’s nonconformist mindset and that youthful spirit of rebellion against various sort of authority figures one crosses in adolescent life. ‘Annie’ is about having a loved one succumb to illness. Allegedly inspired by meeting a leukemia-stricken fan while on tour. Arriving mid-album is the upbeat ‘Private Radio’, perhaps the most poppy song Carlton had penned to date, that has a sing-along chorus and a set of lyrics that is wide open for interpretation. Supposedly it is about insomnia. 'Half A Week Before the Winter' is full of metaphorical dream-like imagery about unicorns, and vampires. ‘She Floats’ is musically closer to “Be Not Nobody” than any other song of the album. ‘The Wreckage’, lyrically inspired by the frustration of being stuck in a traffic jam, is a minimalist song that sets the scene for Carlton’s darker and introspective direction that some of the songs on “Be Not Nobody” hinted upon but nevery truly explored.

The album was co-written, at least in part, by Stephan Jenkins from alt rock band Third Eye Blind with whom Carlton had toured in support of her “Be Not Nobody” debut. All songs were written by Vanessa Carlton, except ‘White Houses’, ‘Who’s to Say’, ‘Annie’, and ‘Private Radio’ written by Stephan Jenkins and Vanessa Carlton. The label and its executives tried to influence the writing and recording of the album and its aesthetics, but Jenkins swayed Carlton from caving in to demands. Thanks to his intervention “Harmonium” has more of Carlton’s own character than that of Fair’s. MTV censored and later banned the ‘White Houses’ music video for the infraction of having a solitary reference to sexual intercourse in the lyrics. Had the channel not banned the music video perhaps Carlton would have been able to solidify the promise of “Be Not Nobody” in the wider popular music consciousness. 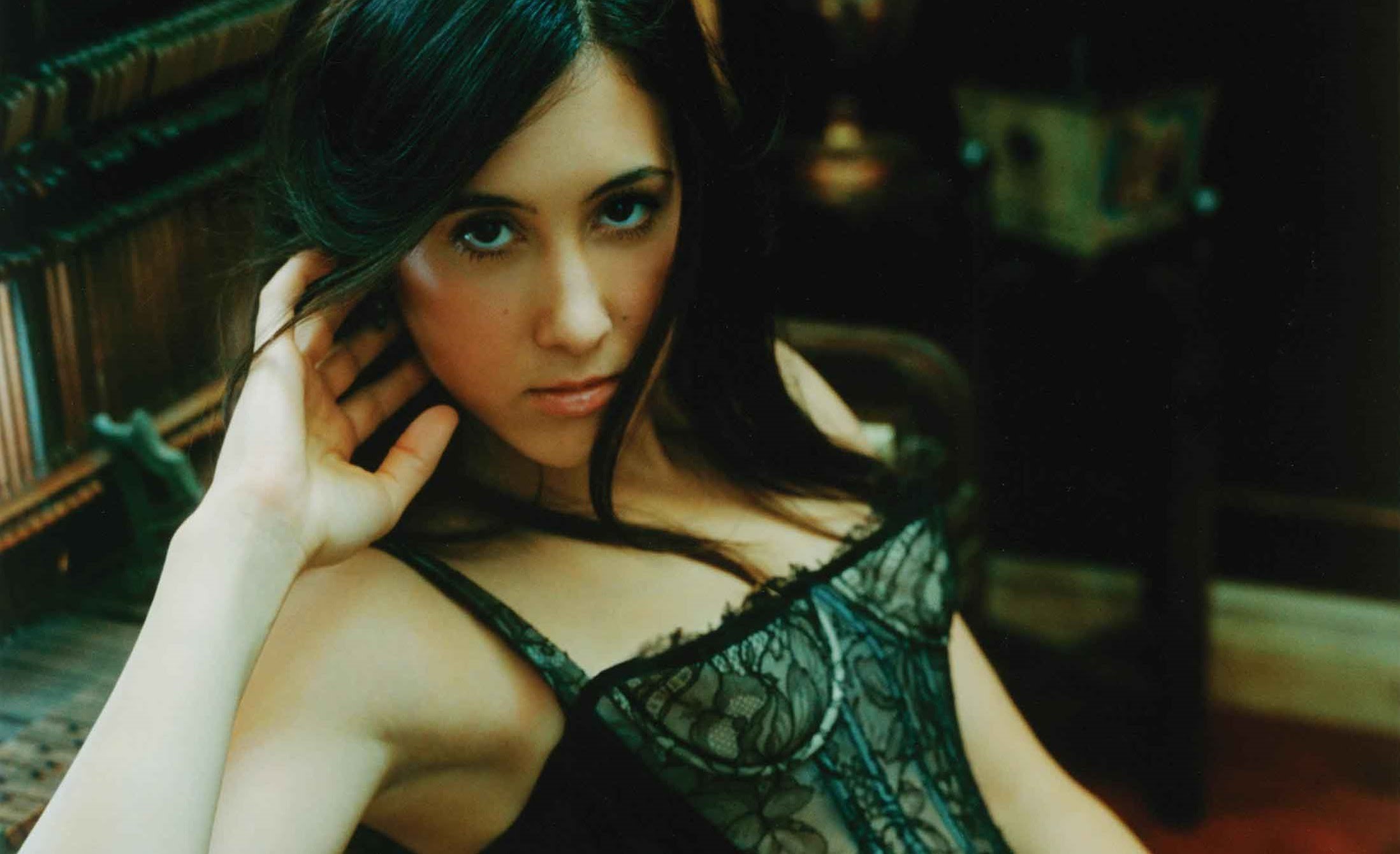 As before no expenses were spared in making the record sound and look as lush as it possibly could. The album was recorded and assembled at the acclaimed Skywalker Sound, Mourningwood Studio, The Record Plant and San Francisco Soundworks. It was mixed at Olympic Studios, Waystation and South Beach Studios. The cover photography and art direction by Drew Fitzgerald is stunning, and slightly more suggestive than on the debut. The illustrations that would become centerpiece on her next album first appear in the booklet to this record. Fitting with the chosen album title Vanessa sits at a harmonium instead of her piano for the album’s promo shoots. “Harmonium” debuted at number 33 on the Billboard 200 and descended quickly after.

As a result of the less than favorable sales figures, from what Carlton later described as lack of support from her label, Vanessa left A&M Records, who in turn slapped her on the wrist for making her own artistic decisions for the album instead of following theirs, in mid-2005. “Harmonium” went on to sell less than 150,000 copies (as of February 2006), making it a commercial disappointment after her successful debut.

The tonal difference with her debut is somewhat jarring, and this is perhaps what contributed to the album’s rapid fall in the album charts. “Be Not Nobody” was uplifting, joyful and romantic, whereas “Harmonium” is pensive, introspective and even morose in parts. No longer hindered by constant press attention Vanessa Carlton could now write and produce the material without notable industry pressure. Her third album would prove vital in establishing her artistic vision and new direction. Valuable lessons were learned.