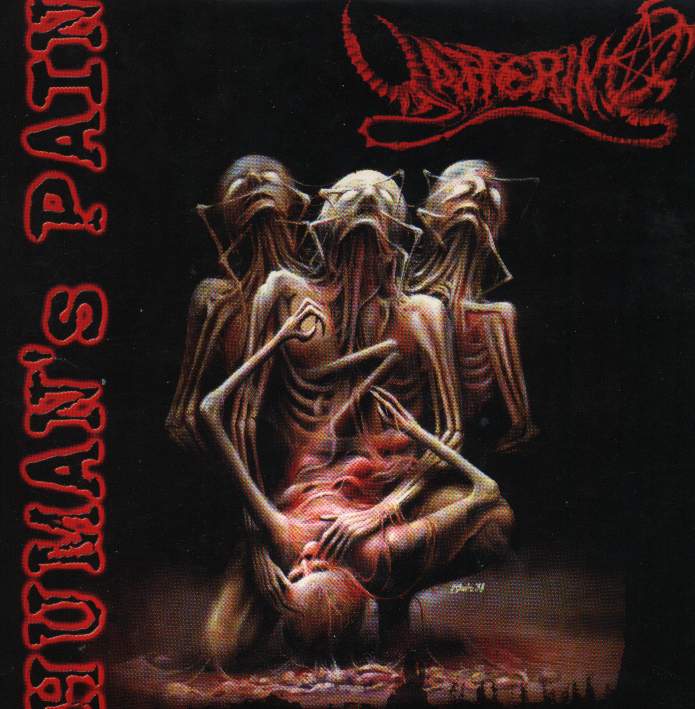 As Vader rose from behind the Iron Curtain in the late 90s, it was inevitable that its success would spawn a swath of devotees in the homeland. The industry went on a signing spree for Polish bands in the wake of Vader’s success, and as a result a lot of bands were offered recording contracts by established and newly minted label imprints with varying levels of success. One of these signees was Yattering from Gdańsk, a technical death metal band that named itself after a demon entity from a Clive Barker novel. Season Of Mist, who had previously specialized itself in black metal of various stripe, had begun to bring in more death metal with the signing of Fleshgrind, Necrophagia and a host of others. Although Yattering didn’t lack in expertise, it were other factors that led to its demise. In the decade that they were active, from 1996 to 2006, they released three death metal albums, of which “Human’s Pain” is the first.

The first Yattering album is far more conventional, and not nearly as unhinged sounding as their magnum opus “Murder’s Concept”. Of the three death metal albums that Yattering released in their decade of activity from 1996 to 2006, “Human’s Pain” is the least adventurous of the trio. As one of the more promising additions to the emergent Polish scene of the day, Yattering were struck by an array of questionable business decisions, and unfortunate touring debacles – which eventually led to its demise. The band’s first album is where they laid the foundation of their style, and proved that technicality, groove and musicality can work in unison.  Unlike any other Yattering combines sophistication with pummeling brutality and disturbing lyrical content. Even at this early stage in its career Yattering proved to be of equal merit as long-standing institutions Behemoth, Lost Soul, and the globetrotting pioneers themselves: Vader. 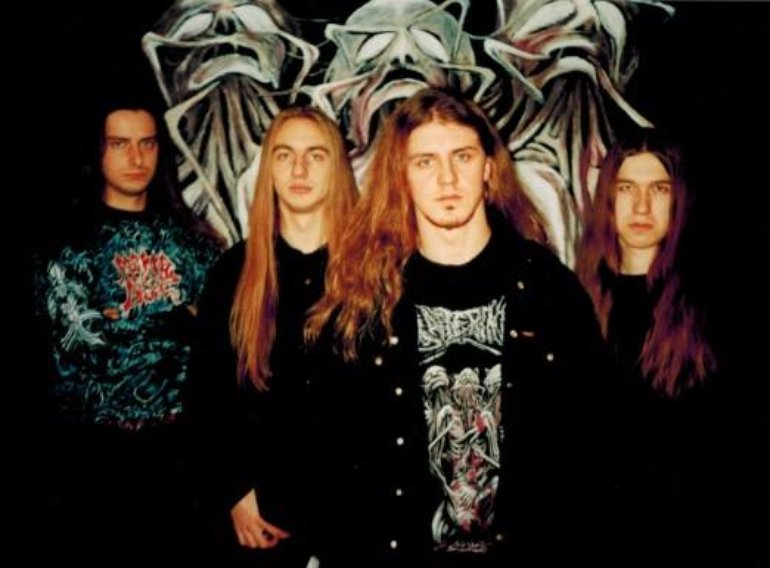 After two independently released demo sessions, the band had acquired enough of a following and label interest to issue its 1998 debut. ‘The Feeling’ opens the record, after a pointless, almost 2 minute long intro aptly named ‘Intro’, and instantly notable is how out-of-control and unhinged Yattering sounds. Even though “Human’s Pain” is the band’s most conventional sounding record, it is reminiscent of early Cryptopsy in how chaotic and abrasive it is in construction.  The most obvious influences are the inevitable Cannibal Corpse, Suffocation and Vader. Gołębiewski makes a star-making turn in ‘Unnormally Zone’, ‘Fourfold Change (Demon’s Inoculate)’, and ‘Eyes Can See’. In comparison to the record that followed the leads are rather sparse on the debut, but whenever they appear they are skillfully done, and add a lot to the tension of the moment. The bass guitar is integral to each of the tracks, and its throbbing tone adds a lot of body to what is otherwise a disorienting assault on the senses. “Human’s Pain” is unrepentant in its relentlessness, and completely savage from beginning to end.

No matter how good Yattering are from a technical standpoint, vocalist Marcin "Śvierszcz" Świerczyński is unremarkable despite his apparent rabid intensity and commendable bass playing. The usage of studio processed screams, whisphers and shrieks offer some respite from percussive vocal assault. The guitar work in on the safe side, and guitarist Marek "Hudy" Chudzikiewicz wouldn’t go all out until the second album arrived along with second guitarist Mariusz "Trufel" Domaradzki. It is drummer Marcin "Ząbek" Gołębiewski who is the true star of the line-up, and it is no wonder that he would briefly replace Doc in Vader for some pending touring commitments in the late 90s given his performance here. That remains Yattering’s biggest problem as a band, no matter how good each musician is, from an individual – and collective point of view, most of the material here is squarely focused on showing off each of the members’ technical skill. On the successors to this album that fault would be duly rectified, but “Human’s Pain” is a technical exercise first, and the songwriting for the most part is secondary. Thankfully most of the songs adhere to rather standard formatting, but even then they are sometimes hard to tell apart, even after a dozen of intense listens.

The album is closed off with a pair of odd cover tracks from influential thrash metal titans Slayer and famous grindcore practitioners Brutal Truth. While the latter is understandable and halfway expected given the nature of the band’s chosen genre, to hear Yattering cover a tune from Slayer’s “Divine Intervention” is kind of puzzling. Especially in the light of how that album was that band’s creative death certificate, and you’d halfway expect them to cover them a tune of one of Slayer’s much more rightly legendary earlier albums. The covers are executed with all the speed and technical finesse you’d expect from skilfull players like these, but their addition feels like a quickly discarded afterthought at best, and it doesn’t add anything to the record whatsoever. Why these cover tunes weren’t released in form of a stopgap EP along with some live recordings is the biggest, and most obvious question to present itself. It concludes “Human’s Pain” on a somewhat confused note as none of these two tracks add any additional value to a solid but not very individual sounding package. It did help further strengthen the notion that Poland was the new haven of extremity and untapped talent.

“Human’s Pain” was recorded at Selani Studio as a trio, vocalist/bass guitarist Marcin "Śvierszcz" Świerczyński, lead/rhythm guitarist Marek "Hudy" Chudzikiewicz and drummer Marcin "Ząbek" Gołębiewski, with Andrezej Bomba producing. There’s a surprisingly prominent place for the bass guitar in the music, and it possesses a thick earthy tone that is responsible for the band’s bottom-end heaviness. Overall “Human’s Pain” is an impressive slab of Polish death metal, but it misses the distinct songwriting that made Vader, Behemoth and Lost Soul household names in the scene. Yattering’s debut album was a commendable exercise in technical skill and high-velocity battering, but it didn’t have the staying power of Behemoth’s more death metal oriented material, and certainly not of Vader’s first three-album streak of excellence. While raw in execution, and crude in its songwriting “Human’s Pain”, despite its considerable flaws, was impressive enough to launch the band’s career. A career that should have been more fruitful than it was.