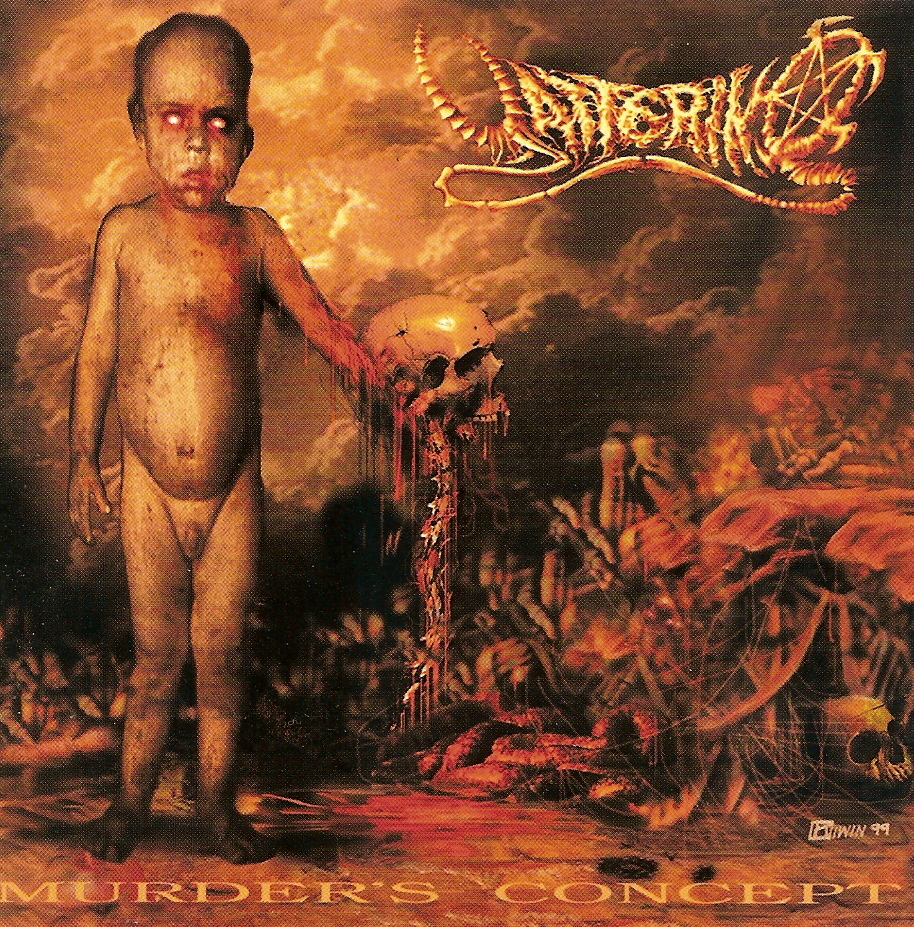 Of all the Polish bands that followed in the wake of Vader’s ongoing conquest of mainland Europe and North America with “Litany”, Yattering was the most technical and also, for lack of a better term, the weirdest. The fact that they named themselves after a demon of an early Clive Barker novel is the least weird bit of all. Even though their logo includes a skeletal pentagram, there’s not much overtly anti-religious about the band’s concept, and there never was. The band was one of the most promising additions to the scene along with the youngsters from Decapitated. A string of bad business decisions and touring debacles eventually led to the untimely demise of this East-European death metal outfit. In the decade that they were active, from 1996 to 2006, they released three death metal albums, of which “Murder’s Concept” is the second. 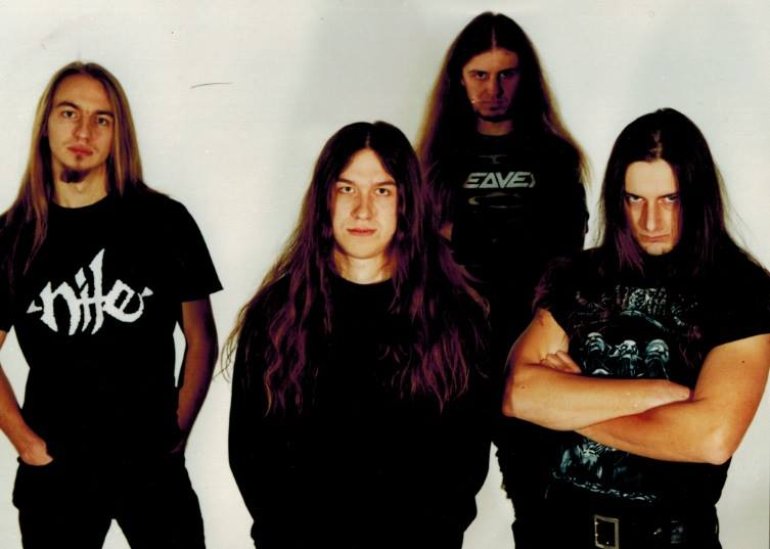 After two demo sessions and their debut “Human’s Pain” from 1998, the band came fully into their own with “Murder’s Concept”. Outside of the broken English titles (for the album, songs and a good portion of the lyrics even) this band is surprisingly professional in its aims. As the title suggests this is a concept album about a fictional serial killer and homicide in general. I have no idea what a “murder’s concept” is, but I’m sure they meant “The Concept of Murder” instead. Where others (Macabre, for one) idolize real life atrocities committed by deviants of our own society, Yattering here approach the multi-faceted subject from a more psychological, internal and emotional point of view. Despite the band’s limited knowledge of the English language, they are able to roughly convey the feelings of their album’s protagonist as he is tempted to kill, and when he eventually kills the lyrics go through great lengths to describe his feelings and mental state.

Vocalist/bassist Marcin "Śvierszcz" Świerczyński has a serviceable grunt, but isn’t a standout in any shape or form. His vocal work will him not make stand out when compared to other known Polish figureheads such as Nergal (Behemoth), Cezar (Christ Agony), Peter (Vader) or Jacek Grecki (Lost Soul).  Axe men Mariusz "Trufel" Domaradzki and Marek "Hudy" Chudzikiewicz lay down a solid foundation of technical riffs and mad thrashings with a healthy amount of leads/solos to spice up proceedings in a highly effective manner. The biggest star of this record is drummer Marcin "Ząbek" Gołębiewski. While his playing style is busy and over-the-top with an impressive array of rolls, fills and blasts with just the right amount of kickdrum salvos and cymbal crashes, he knows when to rein it in and let the groove take over and just flow along.

Scattered through out the record are light industrial flourishes, these serve to add to the feeling of paranoia and alienation, and are meant to reflect the slowly disintegrating mental state of the protagonist. Re-recorded from their debut album here is the track ‘Exterminate’, the strongest of that session and this one. Its presence isn’t very surprising as it was contributed to Relapse Records’ “Polish Assault” compilation series, albeit in an earlier and rougher sounding demo version. From what I gather around the net a lot of people are thrown off by these industrial segues, but I honestly don’t see why that would the case. They aren’t obtrusive and they are relegated to either end or introduce a particular song. While I’m generally conventional in my tastes for this genre, these segues hugely contribute to the otherworldly atmosphere this record aims for.

The production is crunchy but on the rough side, which is not surprising since this band obviously didn’t have the financial means as its more popular and major label backed brethren such as Behemoth, Lost Soul or Vader. The guitar tone is crisp and possesses a lot of clarity and definition, this becomes especially clear during the many lead/solo sections. The drum tone isn’t overdone and never sounds thin. The difference between toms, snares and kickdrums is clearly defined and balanced just right. The bass guitar can be clearly heard, and although the playing isn’t especially poignant, it at least manages to contribute to the songs in its own minimal way. On the whole the production is roomy but organic, and digital only in minor bits and parts.

If you ever tire of Behemoth’s thelemic subjects, the esoterica of Vader or the self-empowering rhetoric of Lost Soul, this band might just be the thing you’re looking for. More earthly and societal in its subject matter, this short-lived band at least for a while was the brightest star in the rapidly expanding Polish death metal scene of the late 90s and early 2000s. That the band went into disarray due to various bad business – and touring decisions makes it only more lamentable. Just imagine what this band could have been had they been properly backed and thoroughly promoted through the right channels… If only, if only… The world might never know what could have been.